The Croft X TWSS // Find out about five women's work in STEM that is shaping the future of our city.

Our collaboration with That’s What She Said saw us wanting to do something to honour and praise the influential women of Bristol. After a lot of thought, we eventually decided to choose 20 women who have had an impact on the city from across four fields: STEM, Academia, Politics, and Culture. These 20 were chosen for their admirable work, their ties to the city we all love, and to inspire the rest of us. As such, we thought it was only fitting to give you, the students of Bristol, a chance to meet them and get to know them.

Rav Bumbra founded Structur3dpeople in 2015 after witnessing first-hand the lack of women entering the tech industry. The organisation helps others diversify their talent-pool and promote inclusion in the technology sector, in an attempt to promote the advancement of women within the industry. Rav also founded the company Caijgo, a mobile learning platform that provides mentoring and support to help women gain confidence, industry awareness and knowledge, so they can confidently work in careers where they can thrive.

Her work in Bristol sees her sitting upon the Women in Business Group for Bristol Women’s Commission, where she helps provide reports and recommendations to create the Bristol Women in Business Charter which seeks to support businesses in Bristol in becoming gender equal and diversifying the workplace. When asked about her ties to Bristol, and how the city has shaped herself or her work, she said:

“Being a leading tech hub, Bristol is a great place to start and scale a business. I am excited at how technology is making our world easier with new products and services. However, we need more women to work in all areas of technology from sales and marketing to creative, digital, coding and engineering careers, everything else in between and rising through the levels onto boards, because women play a huge part in technology. Diversity matters in tech and this passionately drives me to bring together educators and businesses, to collectively empower more girls and women into exciting technology careers, developing their skills and knowledge, so they can confidently reach their highest potential.”

Currently she’s continuing to work on her two companies which seek to encourage women into the tech industry, as well as changing the perception of the tech industry away from being so male-dominated. She has been named as one of the Top 100 Women in the South West in 2018, and a finalist for Bristol’s Businesswoman of the Year 2017.

Rav has kindly shared with us a coupon for Cajigo! It is free to download and you can use the coupon code STUDENT2020 to download the 3 month Leadership Development programme by Mentor Bijna Dasani. The programme aims to help women get ahead of the game when entering the workplace.

Her work as a sociologist led her to setting up the Women’s Independent Alcohol Support Organisation in Bristol, a research hub with ties to the University of Bristol and University of Plymouth. Their research looks into understanding more how sociological factors affect women with alcohol dependency issues, in the hopes to better improve treatment.

Dr. Nanu is Co-founder and CEO of GapSqaure, an organisation seeking to use data science, economics, and psychology to improve decision making in PR and promote diversity in the hiring process. GapSquare was founded in 2015 in Bristol and since then has gone on to try and speed up the closing of the gender pay gap. The World Economic Forum said that they believed it would take 217 years to close the gender pay gap across all fields, and in the words of GapSquare founders themselves, they felt like that wasn’t quick enough. Their mission is to promote diversity in the workplace across race and gender.

When we asked Dr. Nanu about her reasoning behind setting up her company in Bristol, she said:

“Bristol’s supportive tech ecosystem as well as leadership in ethically driven businesses has provided an excellent spring board for Gapsquare, and our work on shaping the future of fair pay.”

It seems that this is certainly the case, with Bristol being part of the newly dubbed ‘Silicon Gorge’, a region of the South West which has seen a recent uptake in the setting up of tech and research companies in the area. And this has definitely benefited her company. Her work offers a service to companies looking to improve their state of diversity through executive pay gap analysis, equal pay audits, ethnicity pay gap monitoring, and gender pay gap analysis.

The work to improve the gender pay gap is as important now as it ever was. With so many more women entering the tech workplace and demanding fair treatment, it is only right that the responsibility of ensuring equal treatment lies not on the women demanding it, but on the companies not providing it. And it is for this reason that Dr. Nanu inspires us thanks not only to the founding of her own company, but her continued efforts to improve the workplace.

Dr. Emma Robsinon is a member of the pharmacology department at the university and conducts her research into creating novel models to study the cause and treatment of psychiatric conditions. Her research sees her looking at conditions such as depression, anxiety, drug addiction, schizophrenia, and ADHD, where emotional changes are relevant features of said conditions. Originally looking to do a degree in Veterinary Science, due to her love of animals, she soon changed her mind after helping work on an experiment which tested alcohol dependency in mice. Dr. Robinson soon realised that she found the relationship between human and animal behaviour fascinating, and decided to pursue this instead.

Her work has made some very important steps, and led her to achieving several accolades. In 2016 she won the Public Understanding of Neuroscience Award from the British Neuroscience Association. In this same year, Dr. Robinson also won the University of Bristol Engagement Award as a result of her outstanding work in engagement and getting others to do so. Her role as the organiser of the Bristol Festival of Neuroscience has gained a lot of attention thanks to the success of her work, and will continue to grow in importance.

Dr. Maynard is a lecturer in experimental psychology, and focuses her work on behavioural change due to alcohol and tobacco. As a lecturer and someone who interacts closely with students on a daily basis, she found herself drawn to the area of illicit drugs and students, particularly how ‘party drugs’ affect students and harm reduction approaches. Her ties to Bristol began when she completed her postgraduate in experimental psychology in 2010. Since then, she has maintained her relationship with the city, becoming a Senior Research Associate in 2014, an ERSC Fellow in 2017, and finally a lecturer in 2018.

Her research into alcohol and tobacco dependency is incredibly successful. She is currently working with the Parliamentary Office of Science and Technology as an Academic Fellow to help advise and write on public health policy. What’s more, Dr. Maynard is also Co-Director of the University of Bristol Tobacco and Alcohol Research Group, where their research looks into psychological and biological factors in health behaviours,  and is an Associate Editor for the journal on Nicotine and Tobacco Research.

Recently awarded a New Investigator Award from the ERSC, she continues her research into social policy and public engagement, and hopes to improve public understanding of alcohol and tobacco issues.

Look out for the next article in the series online at Thats What She Said Magazine tomorrow. Find our previous articles here: 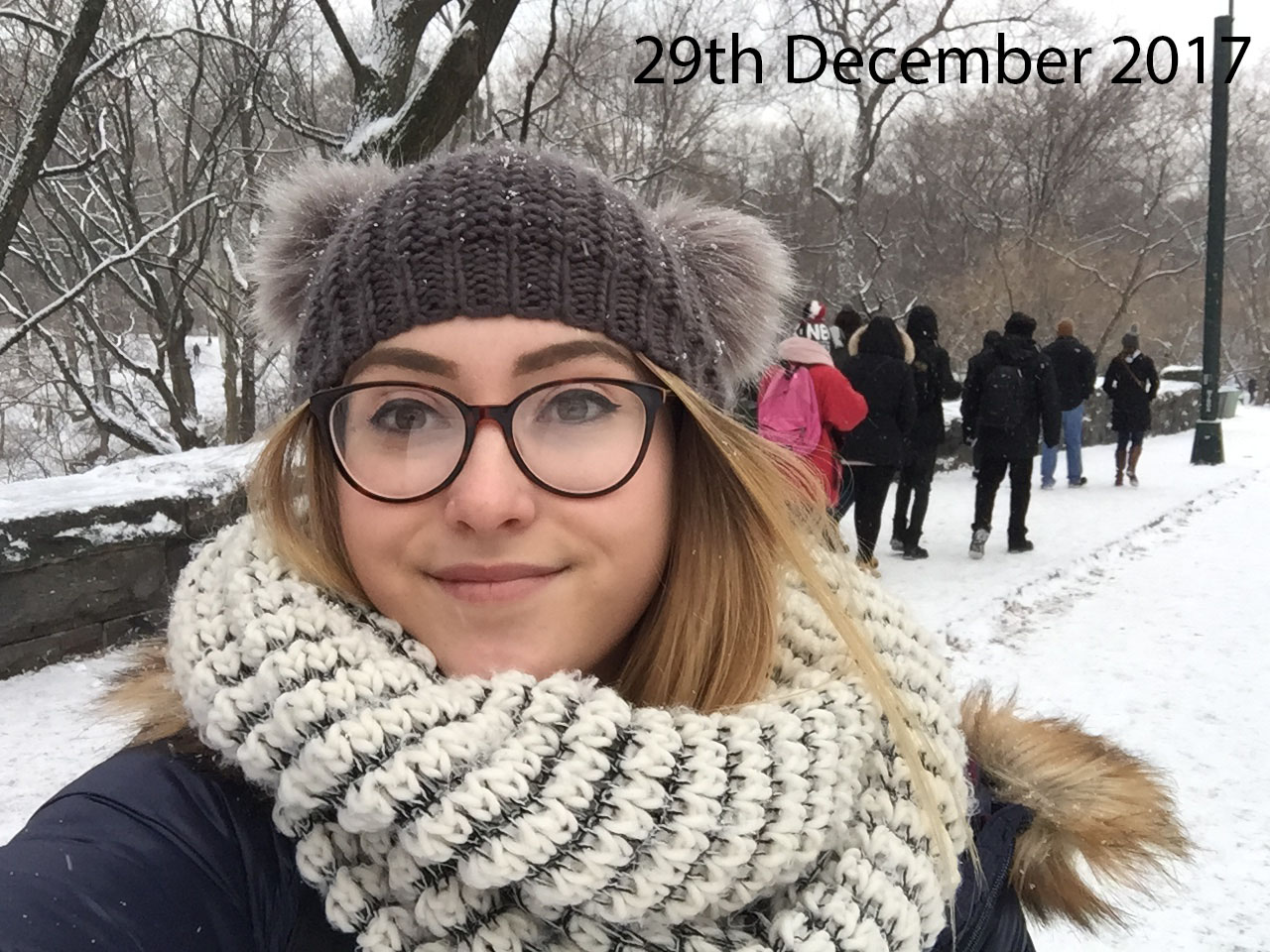 'Florals for Spring? Groundbreaking.' Yes, it's cliché, but we love a floral really