Style Editors' Jemima and Laura step into Eden with FUZE 2019.

Close your eyes and think of Eden… I bet you pictured a paradisiac garden abundant with iridescence and colour. Now, add a layer of dynamic art and untethered expression into your dream and you’ll be ready to experience the creative collective that is FUZE #revivethegarden.

Eden - the shows theme - inspires the narrative of this dance / music / fashion event. The audience experiences an innovative evolution from creation to destruction and ultimately to redemption; a comment on contemporary climate issues which have come to the fore in recent headlines regarding environment youth strikes across the globe. The opening of the show, introduced by Natalie Fee the founder of chosen charity City to Sea, explained the charity's work which seeks to drastically reduce plastic pollution and to dispell myths that you should ever need to buy bottled water again while on the go once equipped with her organisation’s app.

The show incorporated over 50 designers, models, musicians and dancers and FUZE’s vision of a modern-day Eden quite literally springs to life in the garden created in Bristol Grammar School's Theatre. Each fashion collection is tied around music and dance to fully stimulate the senses. 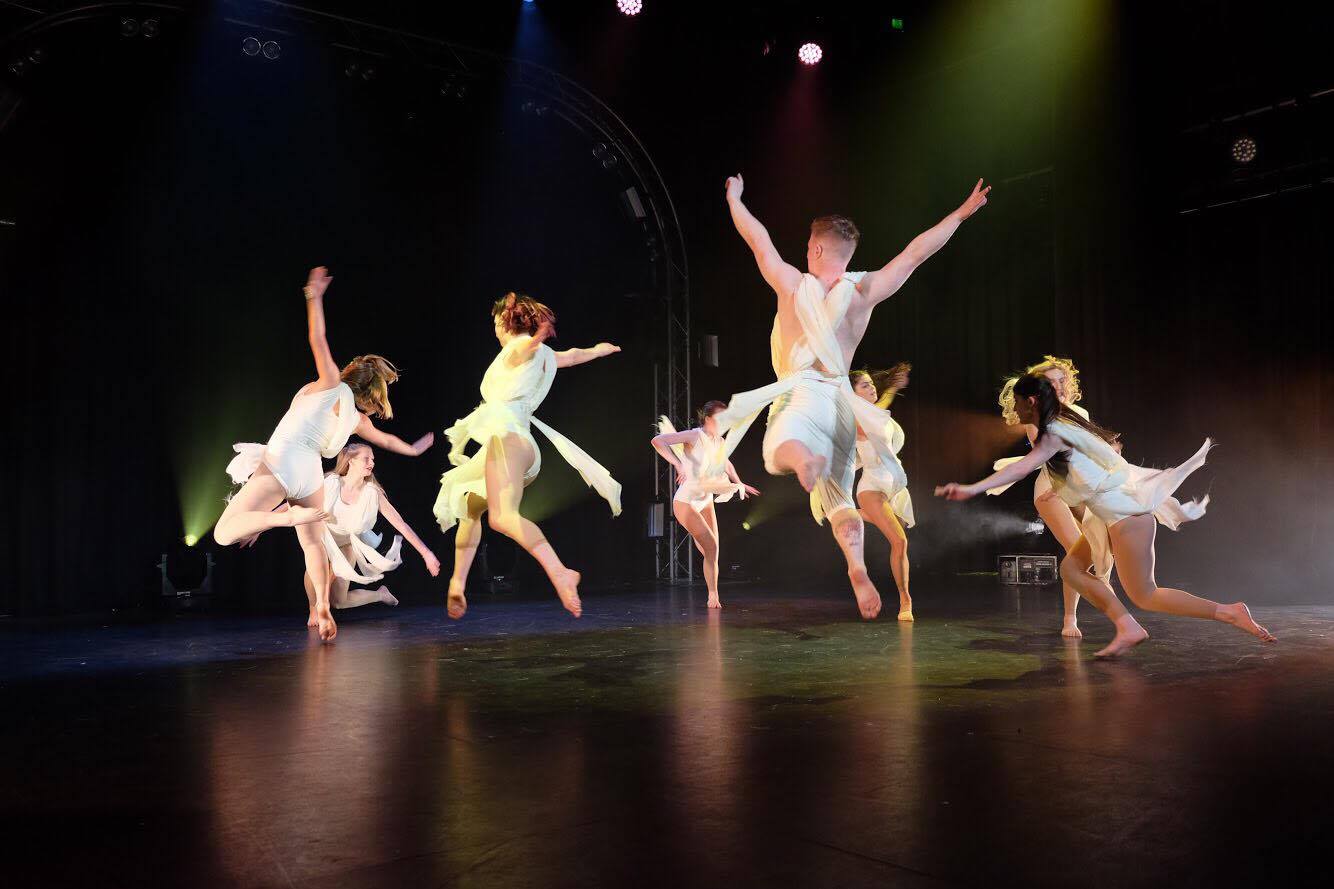 From velvet fitted co-ords to men’s tailored suits, be prepared to be graced with a variety of different styles strutted out by some of Bristol Uni’s finest faces. The catwalk was dripping with confidence and we were fully there for it. The diverse and vibrant collective of models brought both fierce energy and barrels of fun to the table – they also weren’t afraid to show their playful sides which the audience adored! 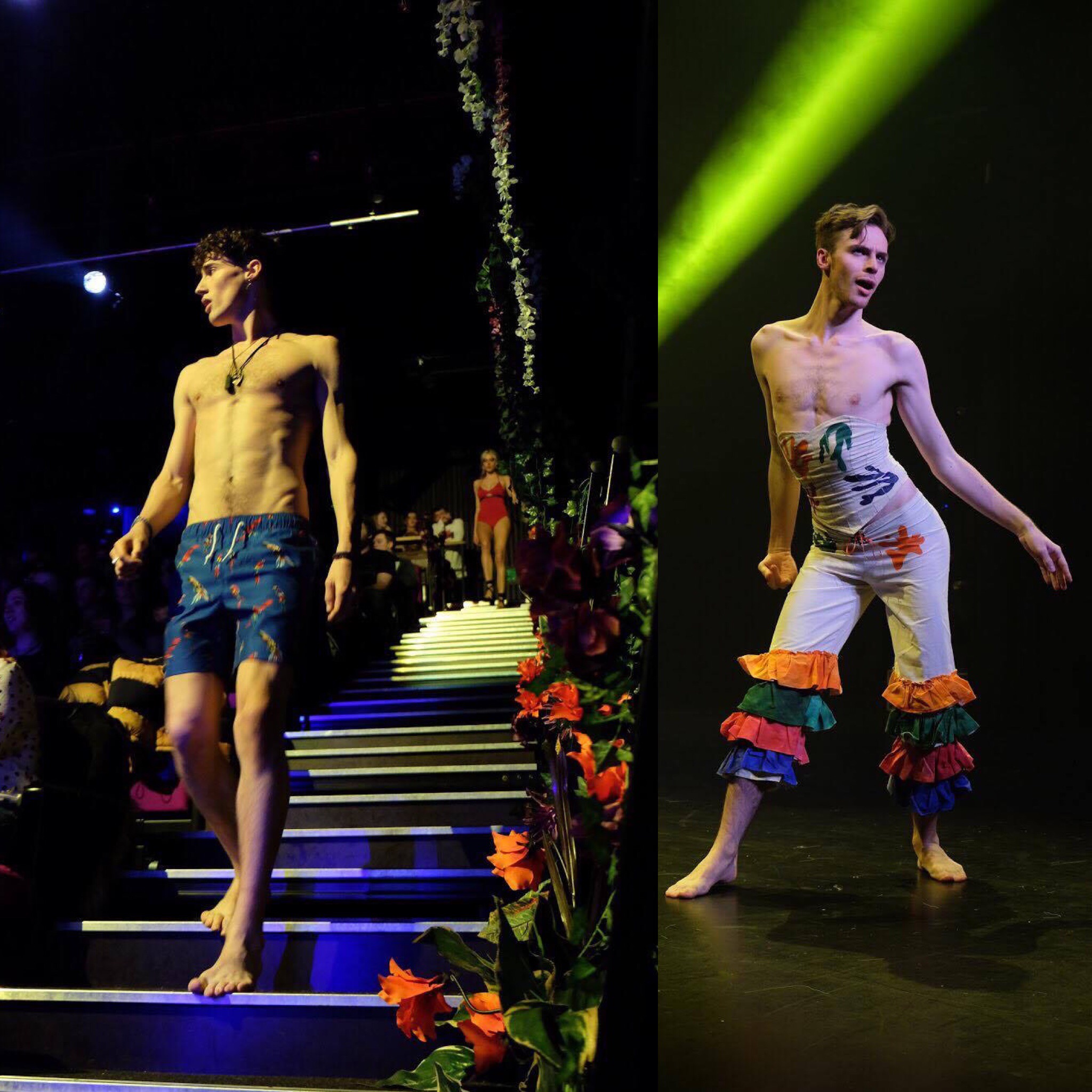 Each catwalk phase evolved through different representations of the natural world incorporating jungle print, natural and recycled materials and silhouettes to highlight the natural bodies; altogether celebrating the coexisting relationship between nature and man in fashion.

This did, in part, create a thread for the show's transitions as a whole. Some changes were quite slow, the narrative sometimes lost, and the theme at times, felt forgotten. Had these transitions been crisper, a coherancy would have been brought, making the narrative easier to follow. This was a shame as it was evident that much work was put into the creative process and for the most part, the event was phenomenal.

Nevertheless the stand out collection came from Bristol based Eco-Designer Linda Thomas, as her pieces, artistry constructed with waste collected by deep-Sea divers and beach clean-ups across South coast of England, poignantly presented our destruction of our own Eden. Speaking to Epigram Style, Linda told us she was thrilled to have her pieces walk in this charity show, especially because the funds raised were going towards reducing plastic waste through the City to Sea charity work.

Eco-fashion designer Dr.Linda Thomas is a passionate and talented creator who has based her business around helping the environment and making fashion count💚 | Pictured here is her 22 metre long beautifully upcycled ‘WAVE OF WASTE’ dress ♻️ | _ This dress is made from 100 discarded bodyboards found in our Cornish beaches in 2017😱 and WILL FEATURE AT OUR SHOW THIS WEEKEND Linda’s son helped during the creation process which included stripping the covers off the 100 boards and laying them out individually to colour coordinate the entire dress - talk about making fashion count huh?👏🏼 _ This weekend FUZE:2019 is proudly displaying more amazing designs by @linda_eco_Design, LINK TO BUY TICKETS IN BIO❗️

After studying medicine at Bristol and working as a doctor for 25 years, Linda decided to fully pursue her love for design and channels her activism for climate action into her work to create thought-provoking sustainable fashion pieces. The hauntingly impactful ‘Ghostnet’ dress, modelled by the glorious Eve Townsend, graced the FUZE stage in the style of a dystopian mermaid. Composed out of washed-up fishing wire, Linda’s aim is to highlight the staggering 640,000+ tonnes of fishing equipment left at sea every year. Be prepared to be blown away by Linda’s recycled designs as she reimagines waste, constructing striking signposts to the danger of plastic pollution – a message which is overriding throughout the show. Linda’s powerful designs give agency to activism in the fashion industry, encouraging us to strive to save our Eden and to build a more positive relationship between human waste and the natural world.

It was thrilling to see Lynks Afrikka perform 'Don’t Take it Personal' - one of our very own - the third year student and self-decribed "producer", Lynks Afrikka is an uncategorizable creature of queer performance art. He is phenomenal. Taking to the stage in a brilliant assortment of a tu-tu created from plastic bags, long rugby-style white socks, chaotic marks of paint across his torso and upper arms and a mask which covered any discernible facial feature. He commanded the stage and was utterly enthralling. There were many solo singing acts, often accompanied by the models on the stage and occasionally dancers and these offered the audience either moments of reflection or otherwise a light hiatus from the stormy section circumventing the destruction of Eden. A few of the solo artists were somewhat stilted and certainly did not command the stage as Lynks Afrikka did, however the overall effect for the most part was convincing. 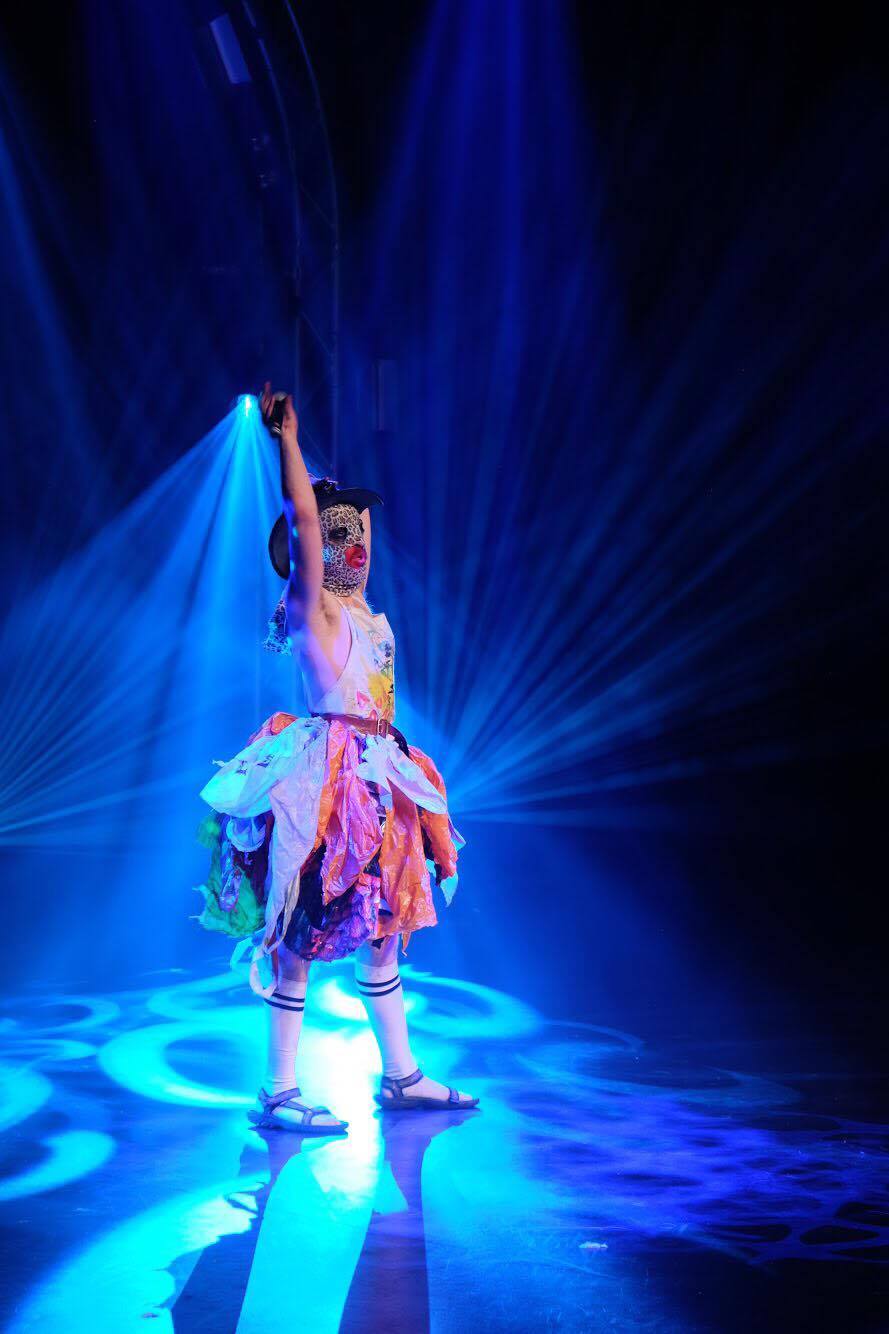 The show was ultimately a cathartic experience, a fusion of creative means offering an “optimistic vision for a future in which we as humans can learn to work with the natural world.” With a few more tweaks to string the show together, this would serve for a truly enchanting experience. 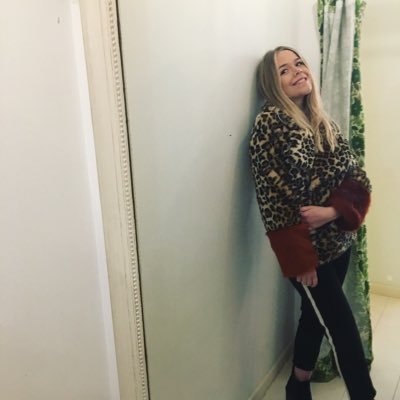