Ex-English student and now BBC Intern, Leanne Gayle, discusses her Freshers' experience of 2016, noting various microaggressions made against her for Epigram's #WhatsMicroaggression campaign.

There is a line for every POC where friendly banter turns into a microaggression. That line can only be defined by personal experience and how someone is made to feel in that moment. The spectrum of microaggressions can be wide. Whilst asking questions about black hair or asking to feel it might not bother one person in the slightest, for others, it is a repetitive and strange request from non-POC that contributes towards possible feelings of otherness in what feels like elite spaces - such as the University of Bristol.

Freshers' week is always a place where, as a black person, you will often find yourself having to navigate your space and make your personal boundaries clear. Many of my home friends felt the need to tell their flatmates from day one they did not want the N word uttered in any circumstance. Others made clear that racial fetishisation would not be appropriate. 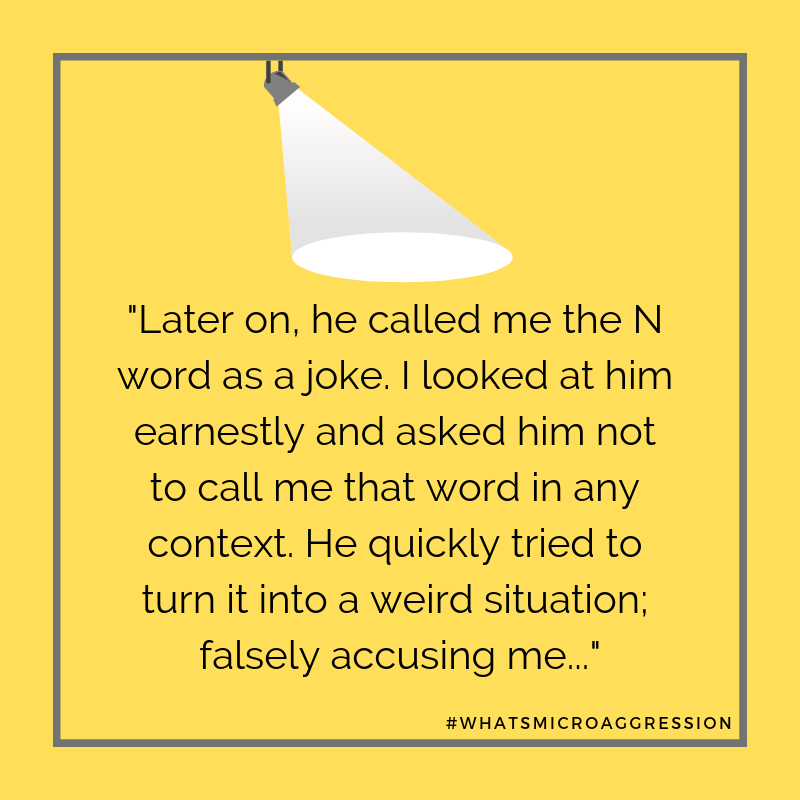 In my first night in Bristol, I felt like a complete outsider. I tried really hard to talk to people in my building, but knew I was not fitting in. The way people spoke, dressed and their cultural interests were not aligned with what I grew up with. However, I was ready to learn about different cultures. We all have to adapt in some ways when going to university and learn to live with others from different backgrounds, I thought and hoped.

I ended up joining this group walking to the night club Motion who were, of course, one of those edgy Bristol groups. They were lovely towards me, but we had little in common as I soon realised listening to their bizarre countryside escapades in Never Have I Ever scenarios in the pub. We trekked down to Motion, it was a local DJ, and I all I could hear was the same beat banging over and over again. I started talking to a guy in the smoking area, I enjoy getting to know new people. We spoke about where we came from and what environments we grew up in. It seemed like it was all going well until he told me I did not ‘seem like a real black person’. I was confused and asked him what he meant, he then went on to explain that there was a ‘real’ black person living in his accommodation - with a ‘big nose’ and a more stereotypical black name. I think I was still standing there in shock when he told me there were no black people in his school, only Asian students, but he used a racial slur instead.

I felt annoyed and angry. I also did not really know how to respond at that point. A guy I met from that group earlier saw I looked distressed. He came over and asked if I was ok and took me away, which I appreciated. I was shocked that on my first night that I had to encounter something so ridiculous and racist. I had never had a conversation like it before. The whole day had been awful. It did not even begin to reach anything I had hoped for my fresher’s experience at Bristol. Needless to say, I went back to my room and just cried until I fell asleep. 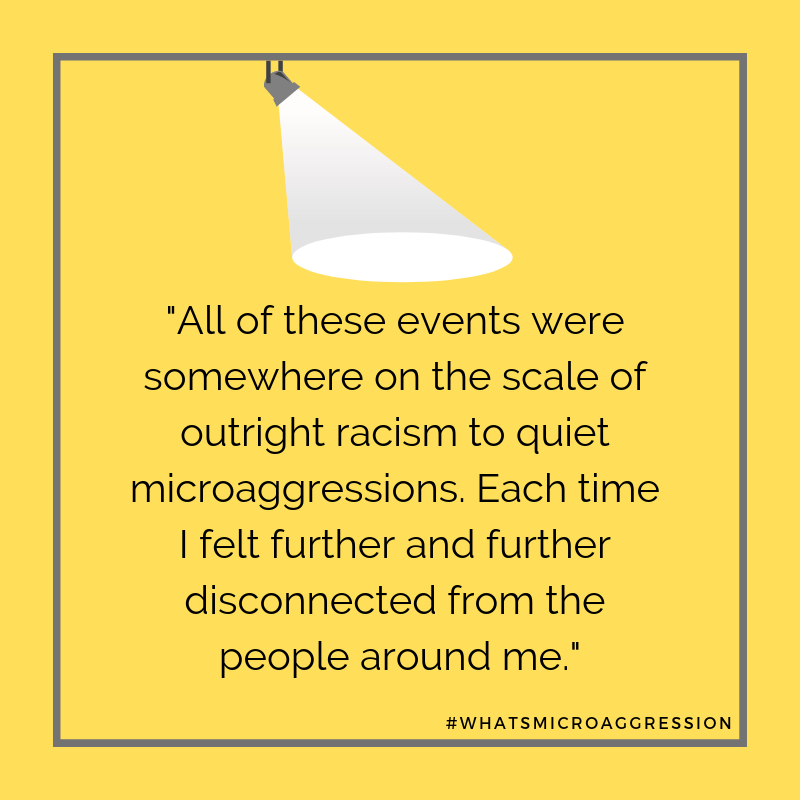 Freshers' was not over. Day two consisted of walking from pre-drinks to a club with new people, talking about our lives and communities, again. One in particular was a privileged white person who, 'unfortunately' for him, attended an ‘average’ private school - an outlier considering some of the elite public schools people boast around Bristol University. Though they felt like outsider, ironically they seamlessly engaged in the banter and the culture. This was a recurring conservation topic amongst a few students at Bristol: that their private school were not elite enough. It is not a struggle I can not relate to and it was inappropriate at times to bring up, in conversations around inequality and access to university. I am a black, Caribbean, working-class woman, who is as far removed from the Bristol Elite as you can imagine, having never met a private school student before arriving at University. I understood their frustrations but was annoyed that they attempted to equate our experiences.

A few weeks after Freshers, I settled into a nice group of friends who were fun and open-minded. They were all white, some interested in having discussions about race and culture, others were not so much. Most importantly, I felt comfortable with them; switching up hairstyles, wearing my wig one day and braids the next. In this new group or as an added extension, there was another non-black POC. He would make comments and jokes about only being interested in dating White Women, claiming he would never date his own race or black women. I questioned him on this: he concluded 'people in his own race were annoying or not to his standards.'

It frustrated me that my friends would hang out with someone like this - but it didn’t bother them, why would it? Later on, he called me the N word as a joke. I asked him earnestly not to call me that word in any context. He quickly tried to turn it into a weird situation; pretending I had called him a racial slur first, making the whole situation sound like back and forth banter. The awkward faces on everyone around us was tragic, quickly trying to move the subject on. They did not care - no one cared. Another part of my University experience, another day feeling misunderstood and lost. 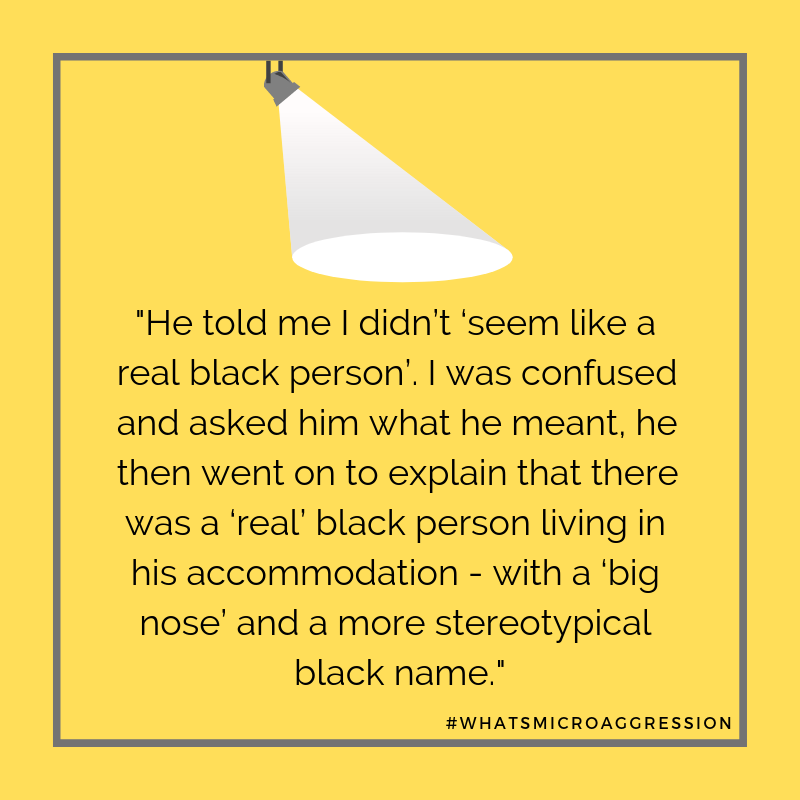 There was another bizarre situation in my English class that still puzzles me to this day where I sat between two white students a male and a female. We did not really know each other well but had a few surface level conversations to get things going but it became clear I was getting in their way as they started to flirt and ignore me. It would have been fine if I was not sitting directly in the middle of them, they were leaning across me like I was not even there to draw hearts on each other’ paper, passing notes across me and just generally ignoring the fact we were supposed to be working together. The whole thing just felt alienating.

All of these events were somewhere on the scale of outright racism to quiet microaggressions. Each time I felt further and further disconnected from the people around me. There was still an emptiness inside me, everywhere I went in Bristol I dragged my feet and felt a dark cloud hovering over me. I finally went to the student counselling service for some advice. I was not happy in Bristol generally feeling lonely, invisible and not too excited about my course. The whole appointment felt rushed and I was hesitant to bring up the issue of race to the white male counsellor, I was told that “I should be happy to be here, so many others had wanted this place”. I eventually decided Bristol was not the place for me after a few months and left due to these experiences but also other considerations.

Black people in White spaces need allies, so they feel safe on a night out or comfortable to just be themselves. If I were going to give some advice to students who want to be allies; don’t pretend race doesn’t exist, most of us our proud of our heritage and culture we happy to share this. Pretending not to see race mean you do not acknowledge the injustice caused by racism all over the world. 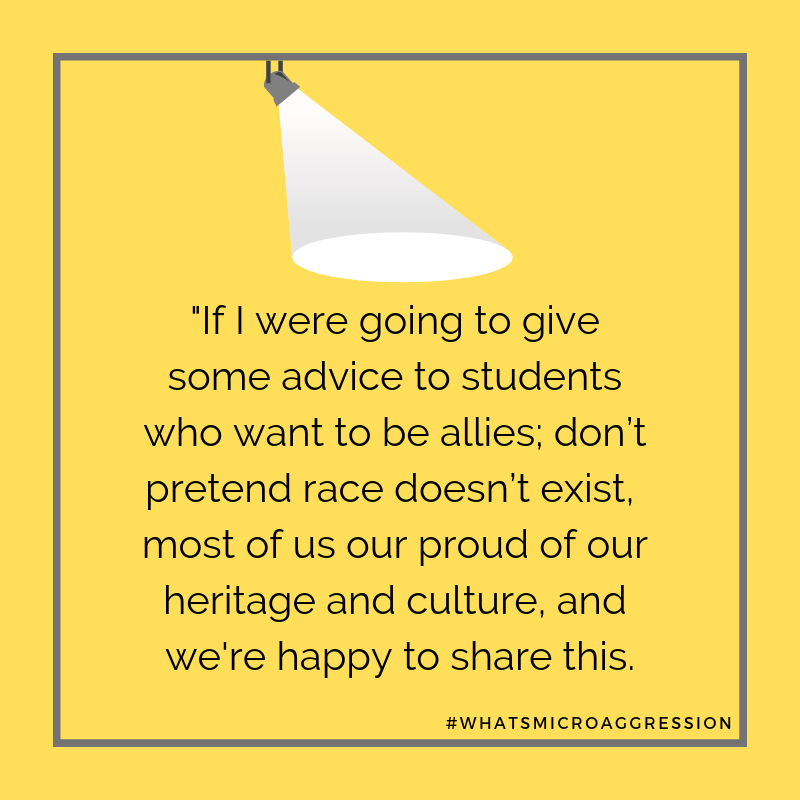 I found that most microaggressions are mostly born out of ignorance, so education and conversations can be key but do not expect black people to do all the work for you. There were those that were willing to listen to the experiences of black students and adapt accordingly. I met some of these people at Bristol and they were a lifeline. However, if Bristol University is to ever truly evolve then it must continue to improve diversity in terms of race and class of its students.

"A laugh-a-minute, vibrant performance" - The Pirates of Penzance

The Cantocks Steps are the most awkward thing about this university