Nina discusses experiences of sexist snubs for the #WhatsMicroaggression campaign.

‘Where’s this confrontation coming from?’

‘It was just a joke, really’

Anyone who has ever challenged sexist microaggressions will be all too familiar with these phrases.

Over my life, I have experienced being patronised because of my gender multiple times. I have received both intentional and unintentional slurs from strangers, from those I care about and from those in positions of power.

I can remember being wolf-whistled at on the way home from school from as young as thirteen years old. 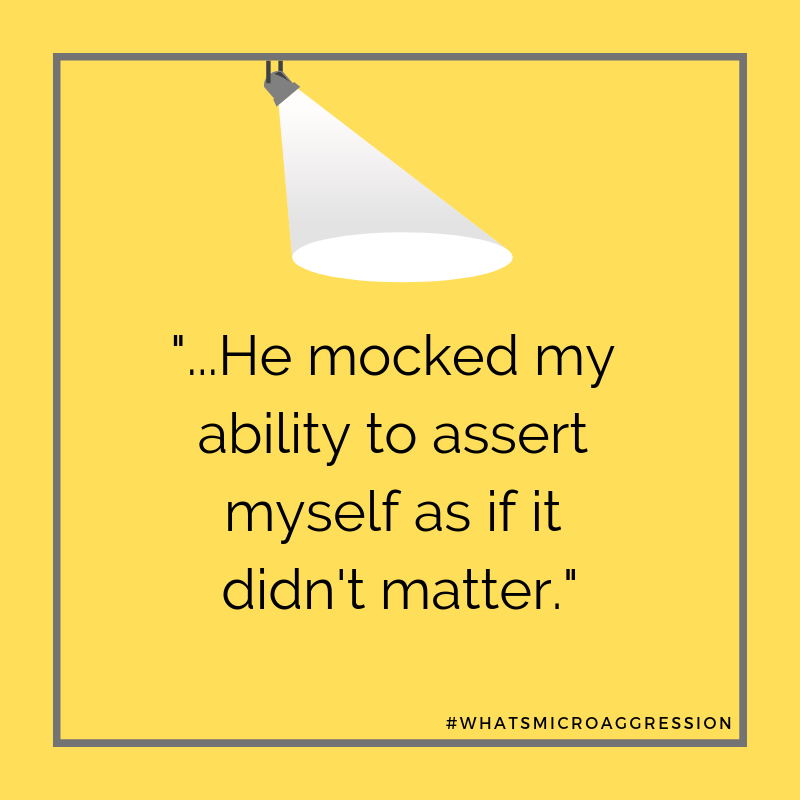 I can remember my looks and my dating behaviours being commented on by male teachers at school.

I can remember someone grabbing me under my skirt as they walked past me in Bunker during freshers’ week.

When I abruptly turned around, the person’s friend asked me if I was a fresher. I said, ‘yes, and you can tell your friend that my body doesn’t exist for him to touch.’

His response? Laughter. Your friend groped an 18-year-old who is almost half his size, and she said it wasn’t okay. How funny.

Despite the latter comment being seemingly harmless, I’m honestly not sure which of the two interactions upset me more. Although he didn't touch me or make any overtly sexist remarks, he mocked my ability to assert myself as if it didn't matter.

At the beginning of my third year I was walking home from a night out when someone directed a ‘joke’ towards me which I deemed sexist, so I told them as much.

The person in question responded: ‘Don’t make this a woman thing’.

I proceeded to explain why, from my perspective, it was a ‘woman thing.' 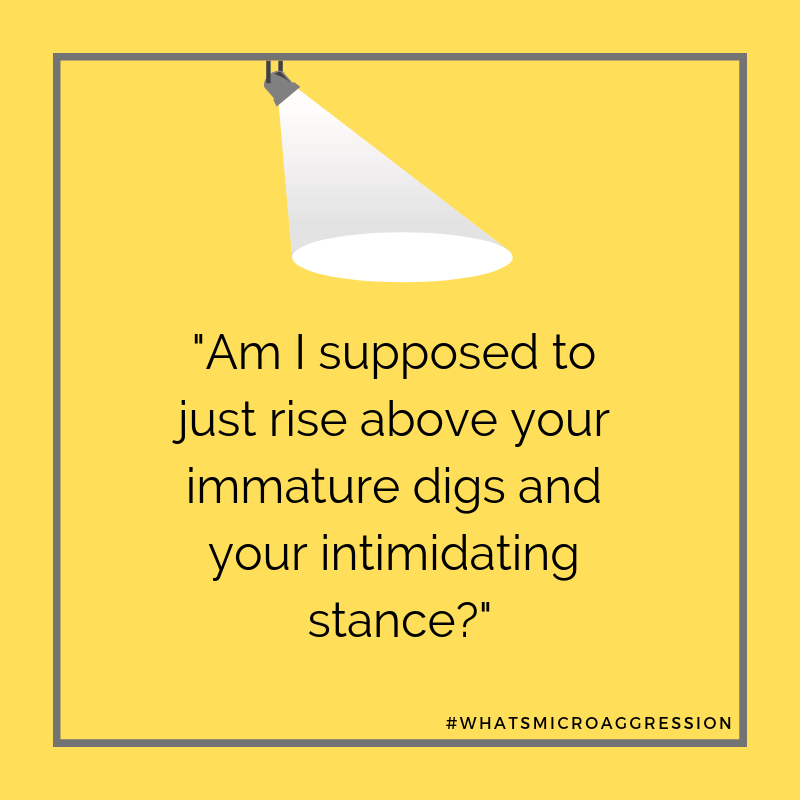 As I did so, I was continuously spoken over and was told something along the lines of ‘you’ve got it wrong; I understand feminism’. The phrase ‘I have a sister’ was even thrown in.

To be mocked for standing up for myself when another human being oh-so-subtly revealed some implicit bias they held about me because of my gender was just the epitome of irony.

The person in question really didn’t think they were being sexist. They did not see how their own unconscious bias might mean they were much more likely to make such demeaning comments towards me, a woman, than towards another man.

More importantly, what he didn’t realise was that by talking down to me as if I were an overly emotional child, without bothering to listen, was perhaps an even more insulting form of microaggression.

I decided to stop talking, trying to hold back my discomfort until I felt safe to express it in my own home. Yet - somehow - I still felt like the one who had made things awkward by not letting it go, and my sense of assertiveness very quickly disintegrated into shame. 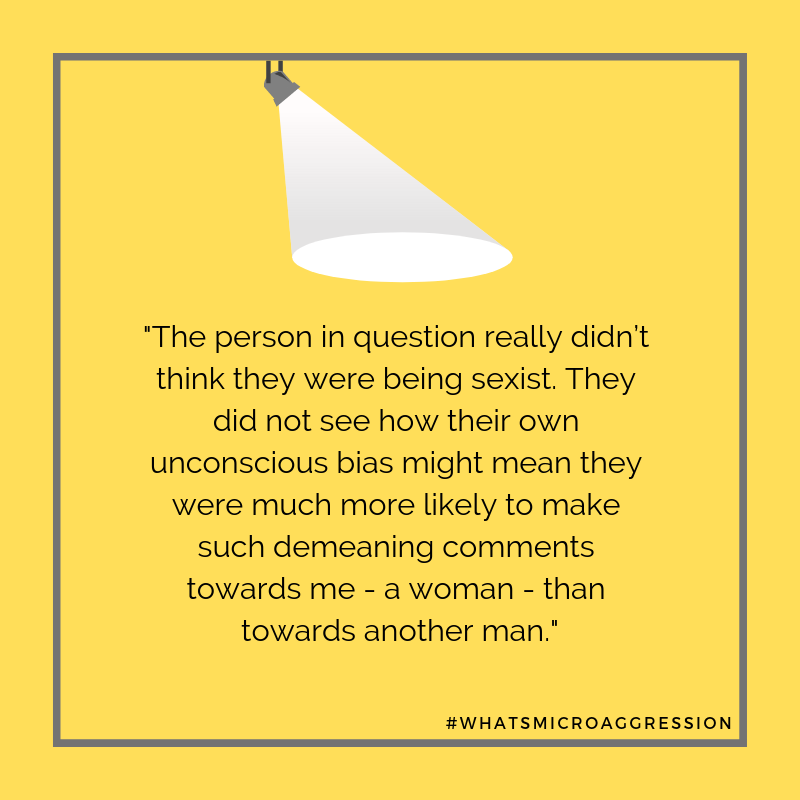 In my opinion, doing so would be a disservice both to myself, other women and to the men who do not employ such behaviours. I have met men who do not patronise women in such a way, and men who do not think that they have grounds to enlighten me about their own definition of sexism. Simply ‘being a boy’ is no excuse.

I have had men assume I always need a man to protect me from other men. People have implied that the most important thing with regards to my choices is whether I give or do not give men what they want, rather than stopping to think about what I, a woman, might want.

Review / The Aces @ The Louisiana