"Can I touch your hair? No. It’s creepy." Epigram's Wellbeing Editor, Jasmine, discusses six common microaggressions against the BME community for the #WhatsMicroaggression campaign

I rarely talk about race. It’s not because I have nothing to say – I obviously do, I am a black student in a heavily white University – I just find it really uncomfortable. I never want to come across preachy, or a spokesperson for a whole race, or be stereotyped the ‘angry black girl’. However, I do have opinions and there are things that really get to me. So, Epigram's microaggression campaign seemed like a good place to discuss that.

I want to make it clear that, with majority of the listed phrases below, it is a completely different situation when they come from a friend. If you genuinely know me and we have been friends for quite some time and you want to get to know me better or educate yourself about a culture that you do not know much about, none of these questions are remotely annoying. 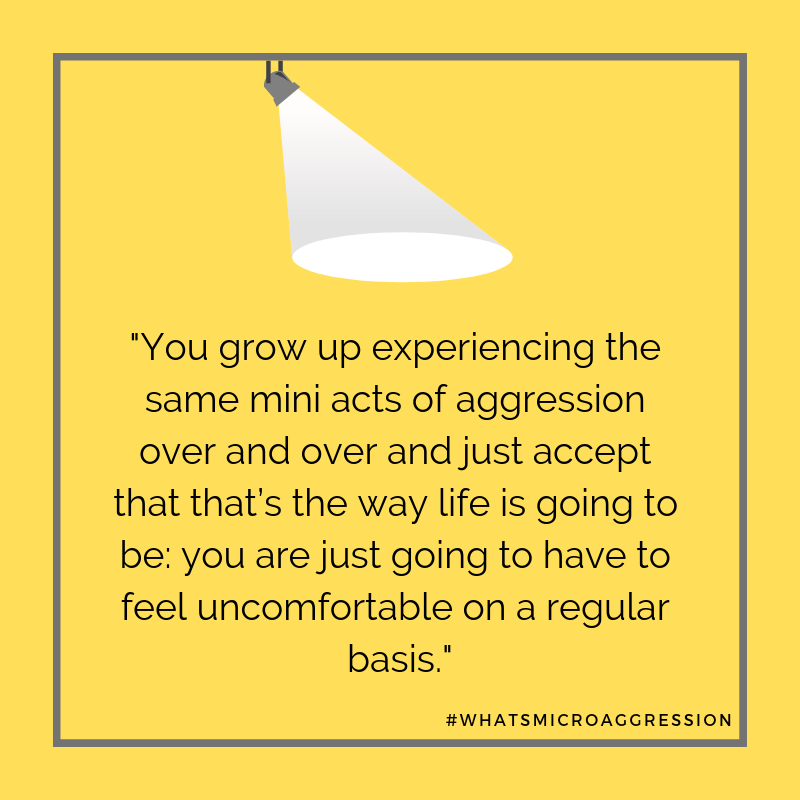 However, if these are the kind of things that you are leading with when you have just met me or hardly know me, it is not acceptable. As with everything, there is a time and a place. Also, obviously, every person of colour does not experience the world in the same way. Therefore, I want to clarify that these are things that I, in particular, am tired of hearing.

Yes, I know that historically the common hair type for black women is afro-textured and as a child, my hair was a lot more like that than it is now. However, surprisingly, this is not the only type of hair that a black person can have… Shocking, I know. My hair is a little straighter and more ‘westernised’ than people expect it to be and it is not because I chemically straightened it - it just decided to be this way. Admittedly, I use hair straighteners far more than I should, but when my hair air dries to its natural texture it still isn't an afro, it is just a little bit wavy. It happens: my mum is black and she has super long, super straight hair naturally. She is also tired of constantly being asked if her hair is real.

No. It’s creepy. I do not ask to run my fingers through your hair when I have just met you, do not ask to do the same to me. It makes me feel like some sort of weird oddity that you are examining. Also, having strangers touch your hair is a pretty creepy experience in general…

3) But where are you really from?

England. Just England. I was born here, I was raised here, I have lived here my whole life. My parents were also born here and have lived here their whole lives. I am from England. If you ask me where I am from, that will be my answer. Do not ask me where I am ‘really from’, because that implies that because of the colour of my skin I cannot possibly be a British resident. It may sound like an over exaggeration on my part, but when you have been asked the same question your whole life, it starts to weigh on you.

Sometimes this is said with good intentions and I genuinely appreciate people that are trying to learn and grow. However, the amount of times people have thought that staring at me and asking that question will cause me to sympathise and excuse their racist behaviour/beliefs is actually laughable. Thinking that you can make a racist joke or comment and then get it excused by a person of colour is the same level of ignorance as the ‘I’m not racist, I have black friends’ culture.

I do not even bother replying to this the majority of the time. It is one word – one word in the whole language that you are not allowed and also do not have a need to say. Why is it so imperative that you have access to this one word?

In all honesty, I don’t say it all because I hate the history of it and it makes me uncomfortable. However, the reason that black people are ‘allowed’ to say it is because they have reclaimed it and given it a new power after years of oppression and hardship. It was a heavily discriminatory word, used to demean people of colour and make us feel ‘less than’. Now, we have taken it back and given it a new power. I know it is in rap music a lot and I know that some people use is as a greeting, but believe it or not, you do have the ability to just… Not use it. Just don’t repeat those lyrics and use any of the other greetings that exist in the world. It can be very uncomfortable hearing white people casually say/sing it, especially in a place like Bristol where I am frequently one of the only black people in a room.

Typing this out, it seems like a really stupid question, but I have been asked this more times than I care to admit – usually from other people of colour. I think the thing that upsets me the most about this question as it is part of a much larger issue. It supports the assumption that black people cannot, or do not speak eloquently. I don’t think I have a particularly posh or ‘proper’ voice; I just pronounce words properly, I guess? I definitely do not have the poshest accent in the world. However, I often get met with this implication that there is something wrong with me talking ‘properly’ because of the colour of my skin. I’ve been told I ‘talk like I’m white’, or I must ‘put on a voice’ which makes absolutely no sense to me because race does not determine the way I pronounce words. It conforms to an unneeded stereotype. Believe it or not, not all people of colour speak the same way. 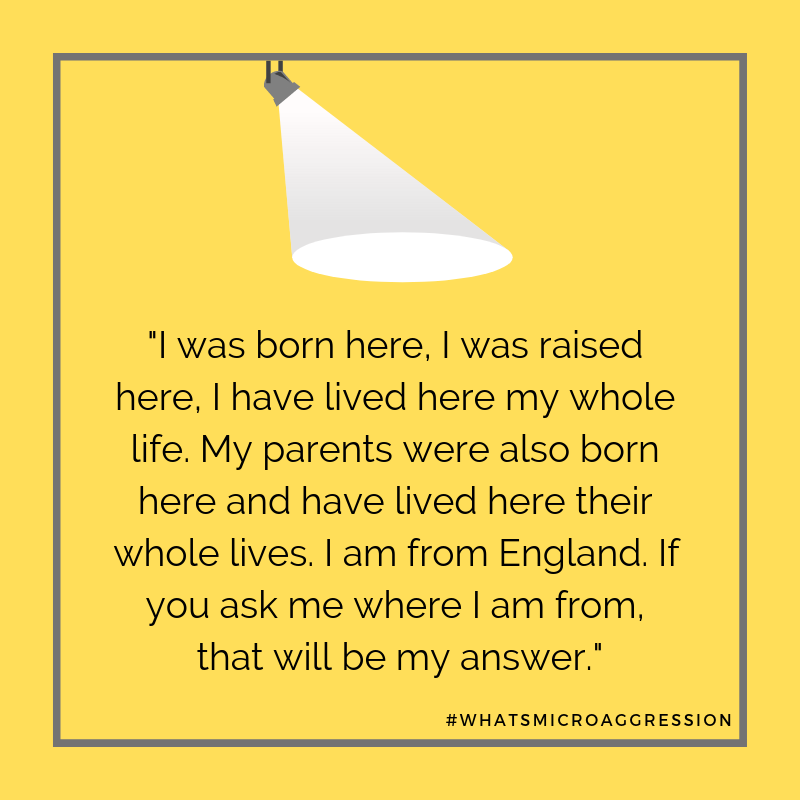 To a lot of people, these questions may not seem harmful at all. Honestly, if they had happened once or twice in my 21 years of living, then I would not have an issue with the majority of them either. However, it is not just once or twice. I meet some of these phrases on a weekly or monthly basis and they oh so slowly chip away at me.

That is the problem with microaggressions: on the surface the small acts seem like no real issue at all. People often feel bad complaining about them because it seems like an overreaction to one tiny act. But it is not just one tiny act. You grow up experiencing the same mini acts of aggression over and over and just accept that that’s the way life is going to be: you are just going to have to feel uncomfortable on a regular basis.

If you have done any of these, I don’t blame you. A lot of people are unaware of the impact that microaggressions have and don’t even realise that what they are doing is offensive. Also, like I said, I’m one person and we all experience and take things differently. Just try and be mindful of how you approach people and what you say to them. It may be a meaningless comment or action to you, but it can impact somebody else a lot more than you know. 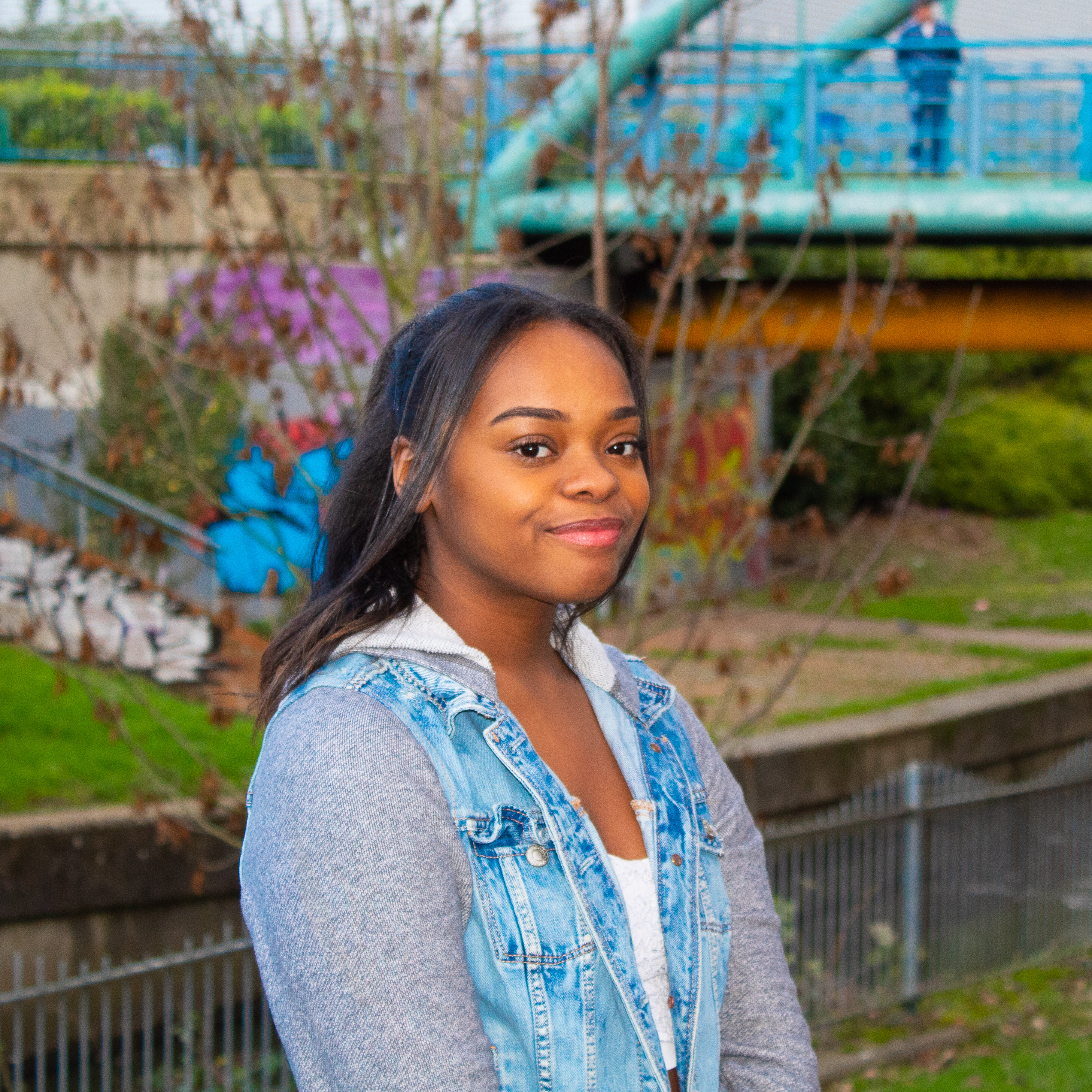 Is intensive agriculture actually the most environmentally friendly option? Plus some food for thought