Bristol University students disrupted the Domino's stand at today's Freshers' Fair as they protested the presence of large corporations in student spaces.

The protestors stormed the queue for free pizza and blocked students from entering the tent. One protestor was heard chanting 'power to the people' whilst another held a banner which read 'CLIMATE EMERGENCY!'.

Robin Boardman, one of the protestors said that he was 'tired of corporations invading our student space' and that 'the climate crisis needs to be a key issue for students as it will destroy our future and we have the power to stop it'. 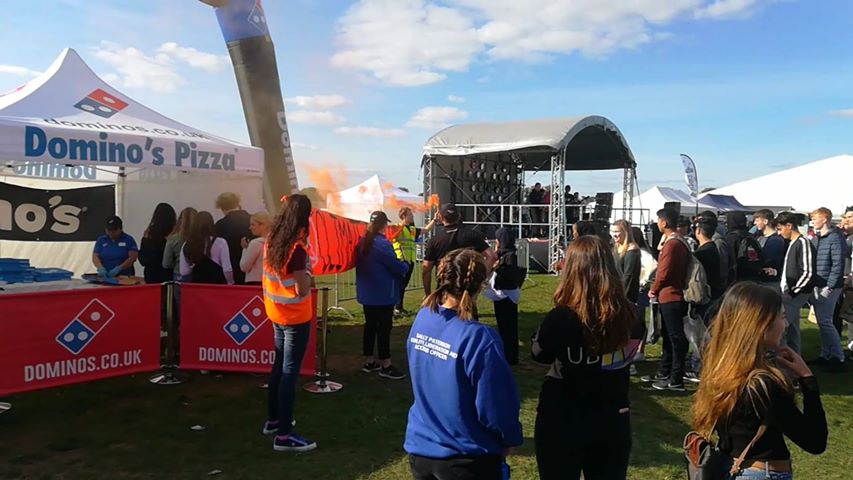 The protestors were then surrounded by six security guards and were reportedly told that they were not allowed to protest at the Fair. Domino’s staff pushed the banner out of the way and offered the protestors free pizza in return for leaving, to which the protestors declined.

Kieran, a Third Year Aerospace Engineering student, said: 'It is crazy that multi-million pound corporations like Domino's can dominate our Fresher's fair. A strong student union needs to be independent of such unhealthy chains. 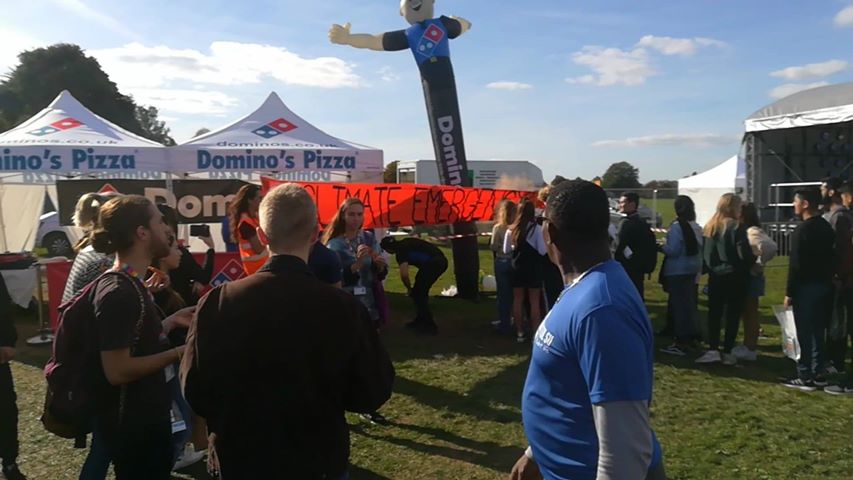 'They are unhealthy in all aspects; bad for your health, bad for our society, pushing for corporate greed over good wages and bad for the environment. The fact that corporation have such a lot of power on our political system means that NGOs are pushed aside for profit.'

The protestors wore an extinction symbol and claimed to be part of the Extinction Rebellion. The group are declaring a rebellion against the UK government for what they deem to be their inaction on climate change. They will be declaring the rebellion on 31 October and will be disrupting major infrastructure in London between 12-25 November.

Did you see the protest at Freshers' Fair? Let us know what you think...