LGBTQ+ History Month: why Amanita Caplan is the unsung hero of 'Sense8'

The Wachowski Sisters-led sci-fi show Sense8 premiered in 2015 and I still think of it today when I'm asked about my favourite shows. Amanita Caplan (Freema Agyeman), the girlfriend and eventual wife of Nomi Marks, is curious, sensitive and brave, and I would argue, proves herself to be one of the best characters in the entire show.

The series concerns the evolution of empathy in a new kind of human, ‘homo sensorium’, who form an eight-part cluster with those they communicate with, and ‘visit’. The members of the cluster share the same mind, so they experience pain, memories, thoughts, and kickboxing skills as a collective. Amanita is one member of the cluster that the series tracks, as they work to liberate themselves from the control of BPO, a corporation dedicated to eradicating all homo sensorium.

Amanita believes her girlfriend completely when Nomi admits she’s seeing people who aren’t there and hearing thoughts that aren’t hers, and she’s one of the few characters outside of the cluster to do so.

Other cluster members never disclose their identity to their friends and family, yet Nomi trusts Amanita with the enormous secret. Throughout the events of the program we see exactly why: Amanita is curious, sensitive and brave, and I would argue, proves herself to be one of the best characters in the entire show.

Amanita Caplan is full of the traits that are emblematic of Sense8; love, acceptance, celebration, intelligence, creativity, and empathy. Colourful and kind, her dreads are streaked with blue, purple and pink (reminiscent of the bi flag colours). She so purely represents the best qualities of humans while never being reduced to an archetype. And considering she’s one of the few black gay women represented well in Western canon, is a groundbreaking character for the real-life communities she belongs to.

Colourful and kind, her dreads are streaked with blue, purple and pink (reminiscent of the bi flag colours)

Amanita gets to reclaim the colonising line from the Pride flashback scene, she has three dads, none of whom know (or want to know) who is her biological father, and an independent mother, Grace, a Jewish woman who raised Amanita in a commune. Not to mention, she’s played beautifully by Freema Agyeman, of Doctor Who renown, whose interviews about her character and the show are some heart-warming content that I cannot recommend enough.

Throughout the course of the show, Neets (Amanita) shows nothing but open-mindedness and acceptance of the increasingly bizarre things that dominate her life with Nomi. She delights in breaking into a bad guy’s place and when she notices a Nancy Drew book pouts and says “maybe he isn’t all that bad?”. She protects Nomi fiercely, captures her moments of happiness and lies confidently to various authorities to keep her safe.

Despite all that she does for Nomi and others, her character is never reduced to a tool for the writers to fulfill Nomi’s storyline. She has her own arc, her own moments of development as she builds bravery in the face of mounting dangers, and through it all loves Nomi honestly and simply.

She embraces the weirdness of her girlfriend’s situation, she accepts the hiding and secrecy, she extends friendship and connection to the members of Nomi’s cluster. She and Amanita are so in sync that they propose to each other at the same time, both having bought rings for the other and the last episode chronicles their wedding as they finish the show as wife and wife.

Rosamund Pike is dynamite in 'I Care A Lot'

Bury Your Gays: How can the media do better for the LGBTQ+ community?

Amanita and Nomi’s relationship proves to the viewer that although the homo sensorium has abilities beyond homo sapiens' wildest dreams, they are not superior. Their connection is just as magical as Nomi’s connection with her cluster, just as close, and just as thrilling to watch. Their names even mirror the roles they occupy in their relationship; ‘amanita’ is a kind of poisonous mushroom, a defensive organism, while Nomi is a play on the phrase ‘know me’, a reference to the Ancient Greek tattoo on her arm that reads “know thyself”.

The cluster we meet and grow to love throughout Sense8 may be homo sensorium, but Amanita and Nomi are homo symbiote. Wink.

Who is your favourite LGBTQ+ character on TV? 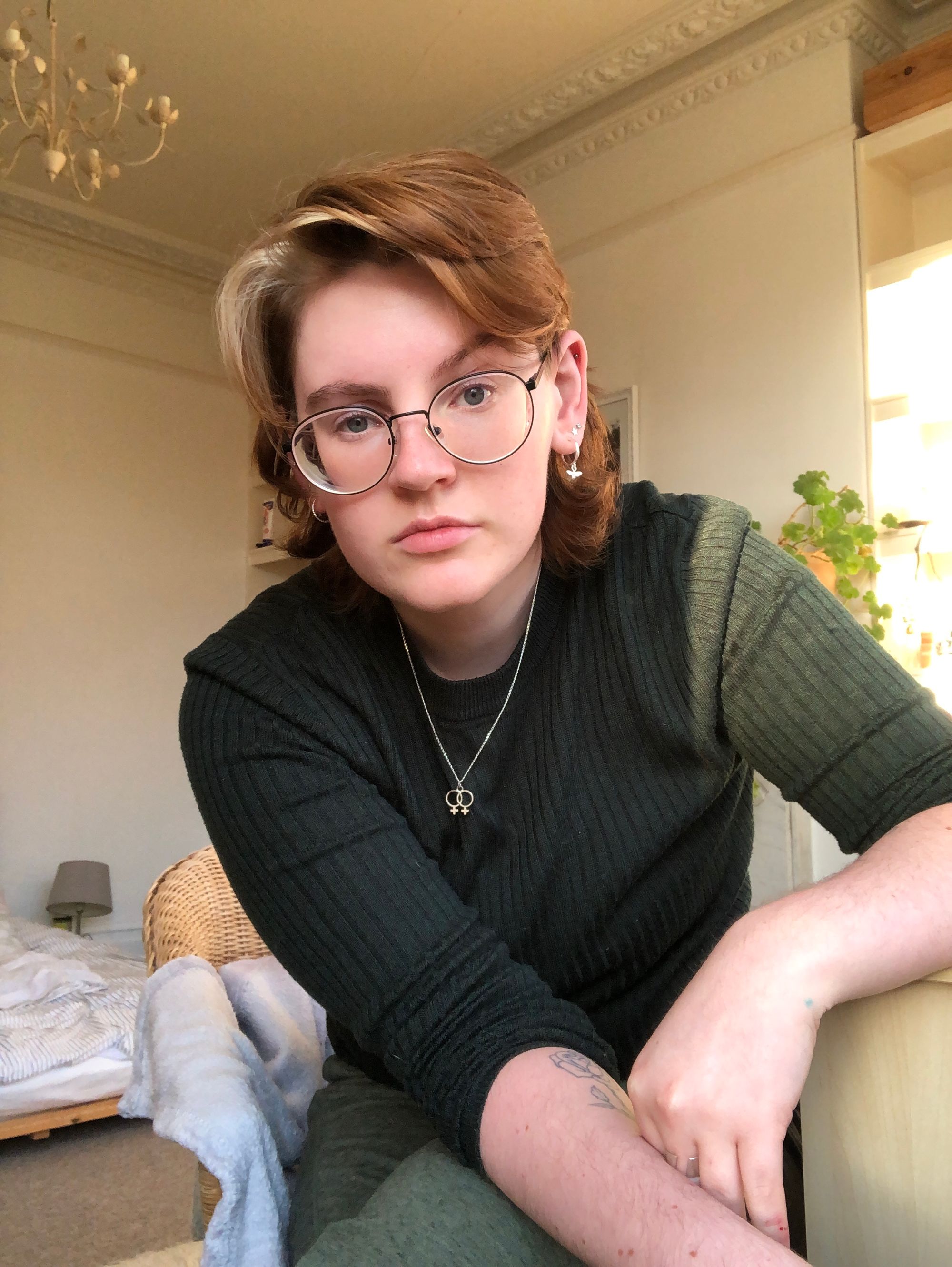