Rosamund Pike is dynamite in 'I Care A Lot'

A barn-storming performance from Rosamund Pike is central to the tone-shifting ride that is I Care a Lot (2020). The central character is Marla (Rosamund Pike), a fraudster who, utilising US law, seeks to control the assets and freedoms of the elderly and vulnerable, by being assigned as their legal guardian.

Having found her victims through similarly avaricious healthcare workers, Marla along with her partner strips her victims of their homes, possessions, and friends. The current elderly focus, Jennifer Peterson (Dianne Wiest), seems an especially lucrative prospect until it transpires that she is not without family  (as was assumed), and is in fact the matriarch of a crime family in-hiding. Roman Lunyov (Peter Dinklage) is understandably surprised that his mother has been all but kidnapped and sets about a deadly match with Marla to free his mother and his disposed assets – a pouch of beautifully cut diamonds.

This clash of alpha-personalities brilliantly and violently spirals the action in unpredictable directions.

The core element garnering this film wide acclaim is the lead performance from Rosamund Pike – and rightly so. She is absolute dynamite in this part, a truly unlikeable and frightening character in equal measure. It may be hard going to even try to connect with this character, but the effort it requires forces the audience to engage more closely with the plot, and one comes to keenly enjoy seeing how ingeniously the main character operates.

Peter Dinklage, in contrast, does not play his character as broadly; he delivers a restrained, menacing, and imposing figure when he realises, he has potentially met his match in Marla. The dynamic nature of the characters gives the film a brisk pace and allows it to have some unexpectedly, enjoyable tongue-in-cheek moments. Special mention must go to Dianne Wiest, a skilled performer, whose character unfolds brilliantly to glean empathy and fear, and the script, which is as entertaining as it is unpredictable.

Part of this is thanks to J Blakeson’s direction, who started out with the tight, stripped down thriller of The Disappearance of Alice Creed (2009), which also featured plenty of twists and turns (with Gemma Arterton in a similarly calculating role).

The film struggles in its third act, ending with a slightly substandard thriller element which doesn’t especially gel with the intricate story to that point. The combination of a dark tone with a particular frothy tone ends up struggling to mesh together as easily as it should.

However, the film’s somewhat jarring tonal shift and contrivances could simply just leave the film as a convoluted mess, if it were not for the deviously wicked and enjoyably spiky performances from the cast; especially Rosamund Pike, who is just fantastic. This is a thriller that is fun and engrossing, and although it does not always make complete sense, it can always depend on Rosamund Pike to deliver the goods.

What did you think of Rosamund Pike and Peter Dinklage's performances in this film? 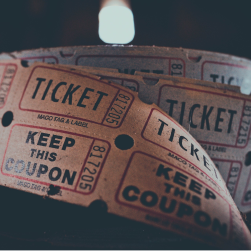