Out of the 73 sample cities tested across Europe in 2018, notably excluding London, Bristol had the most traces per 1000 population of benzoylecgonine, suggesting it has a high recreational use of the drug.

In a study conducted by the European Monitoring Centre for Drugs and Drug Addiction (EMCDDA) using samples of untreated wastewater, Bristol had 969.2 milligrams per 1000 people per day of benzoylecgonine, the main excreted metabolite of cocaine.

The results of the annual study were released on 14 March this year, however London was not involved in the 2018 study. The English capital had previously recorded the highest values for cocaine in 2014 and 2015. 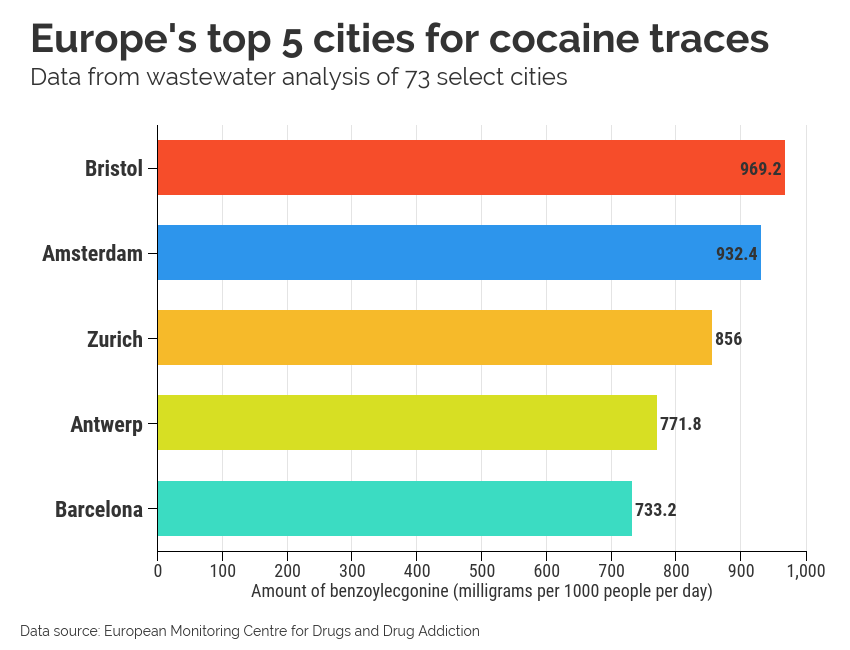 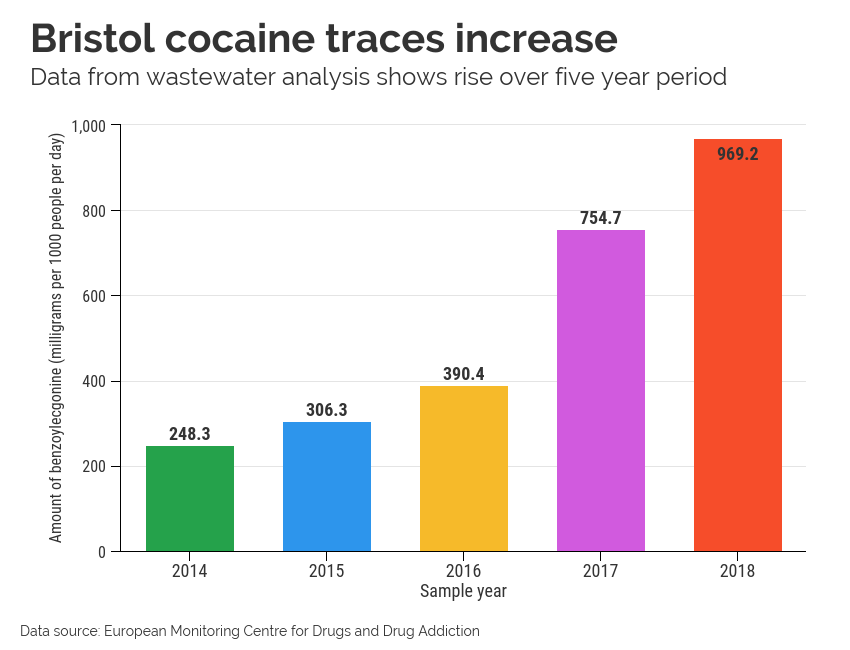 A full analysis of the results can be found here.

Should the city of Bristol be concerned by the latest drugs statistics?

Interview / In conversation with Fur