After Life Review: Life-affirming drama up there with Gervais’ best

Ricky Gervais returns to the limelight with a new series, but it is far from his normal style of show with an emotional core at heart.

‘I’d rather be nowhere with her, than somewhere without her.’

Ricky Gervais is obviously a controversial figure, and though his ‘f*** you’ approach to life clearly aids his writing, his political statements since then have been somewhat repetitive - ‘just because you’re offended, doesn’t mean you’re right’ and all that. After the first episode of his Netflix drama After Life, one could be forgiven for thinking this is typical, stock Gervais: launching into a c-word filled rant about the pointless banality of life, the obvious truth of atheism and writing purely for the shock factor. However, After Life surprises you with its in touch and delicate handling of grief and moving, life-affirming ending.

The show covers the main character - obviously played by Gervais - Tony, who has recently lost his wife to cancer. Throughout, we see him watching videos his wife recorded for him for when she dies, with one particularly cruel moment when he catches her recording the videos; ‘what’re you doing?’ ‘Just Twitter’, she responds. We see a glimpse of a Tony before he descended into the depths of grief and depression, and what depths they are.

When we pick the action up he has just been dissuaded from taking his own life by the dog; ‘the look on his face…’, and has resorted to swearing at everyone - the postman, school kids, and his colleagues. He rebels against the pointlessness of existence without his wife, waiting for the ‘right moment’ to take his own life. It’s grim watching, and though Gervais will have been going for the black-comedy vibe, it’s not particularly funny.

Gervais has never been known for his sensitivity and this is no exception, but the development of his character from a suicidal man wallowing in self-pity to a smiling, though nevertheless troubled, friend is a genuine joy on screen. The show is filled with heart and, from the development of that aforementioned smile to the dog that obediently sits on its mother’s grave, it is the subtleties that win over the unashamed swearing and uncomfortable suicide jokes. 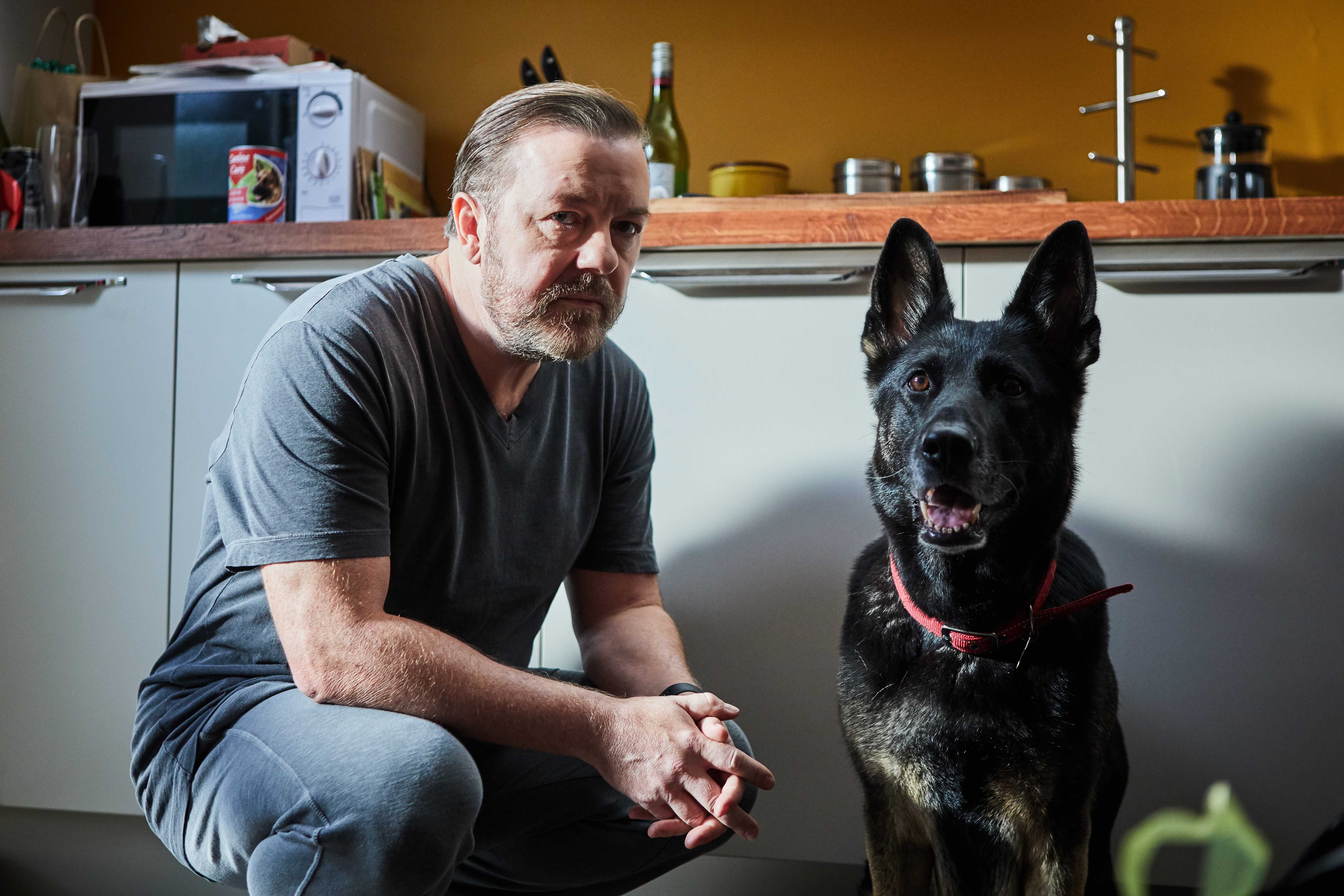 The joy in this series, therefore, is in the excellent characterisation and the fact that you absolutely fall in love with the characters. Some of the most golden scenes are between Gervais and Penelope Wilton on a bench in the cemetery, where they ponder life being for those around you. Tony is a features editor at a local newspaper, and the office space is wonderfully constructed. It is nice to see some comedians make their appearances: Diane Morgan - of Philomena Cunk fame - appears, as well as the excellent Roisin Conaty.

The show doesn’t try to be anything that it isn’t, and it benefits hugely from that fact. Gervais fills his character so heavily with grief and dismay that watching him slowly break into a smile for the first time in Episode Four of the six-episode saga makes you want to weep. He delivers each line with a humanity and reality that moves you deeply.

Watched all of “After Life” by @rickygervais last night and thought it was amazing! Broke my heart! Had me crying laughing! Made me also appreciate everything and everyone I have in my life also.. I can only applaud Gervais! Enjoy it people.. #AfterLife

Perhaps the joy of After Life is that is is not typical Gervais and is therefore thoroughly surprising. The ‘comedy’ is not particularly well executed - a collection of fat jokes and black humour - but the drama is superb. By the end of the three hours, you just want to call your mum / partner / friend and tell them you love them.

After Life is streaming on Netflix now.

What did you think of Gervais' new outing?

Starting with the man in the middle