Drone footage, tours and friendlies versus Bath Spa University Men’s Football might not be what you’d expect a middle-league intramural side to be getting up to.

Thousands of Bristol students take part each week, but some teams go above and beyond in their enthusiasm for what intramural sport represents.

AeroSoc FC, led by Will Sankey, have been pushing the boundaries of what it means to compete and flourish at intramural level.

Epigram Sport sat down with AeroSoc FC’s third year captain to talk about what intramural represents for his team, their tour and their pioneering use of drone footage on the Downs.

‘For me, intramural is an opportunity to play the sport I love on a competitive level.’ Sankey continued: ‘Having a course-specific Aerospace team is great because it promotes interaction between year groups and like-minded people.

‘It allows people to train weekly and play competitively without a huge time commitment.’

AeroSoc FC’s success in the 2017/18 season was the platform for bigger things this campaign. ‘After winning the league twice last year, the only way to top it this year was to improve off the pitch. This included more socials, playing in exhibition matches outside the usual Wednesday league and more regular training sessions.

‘All this promoted a stronger sense of team cohesion. The ultimate combination of these things is a football tour. So, we gauged interest, established a budget and started looking at cheap flights!’

Toulouse was decided on as the destination, with a squad of 19 trooping off to France in late January after somehow finding an apartment large enough to fit them all.

Following a formal dinner on the Saturday evening and a taste of the French nightlife on offer, a match followed against a local university team the next day. 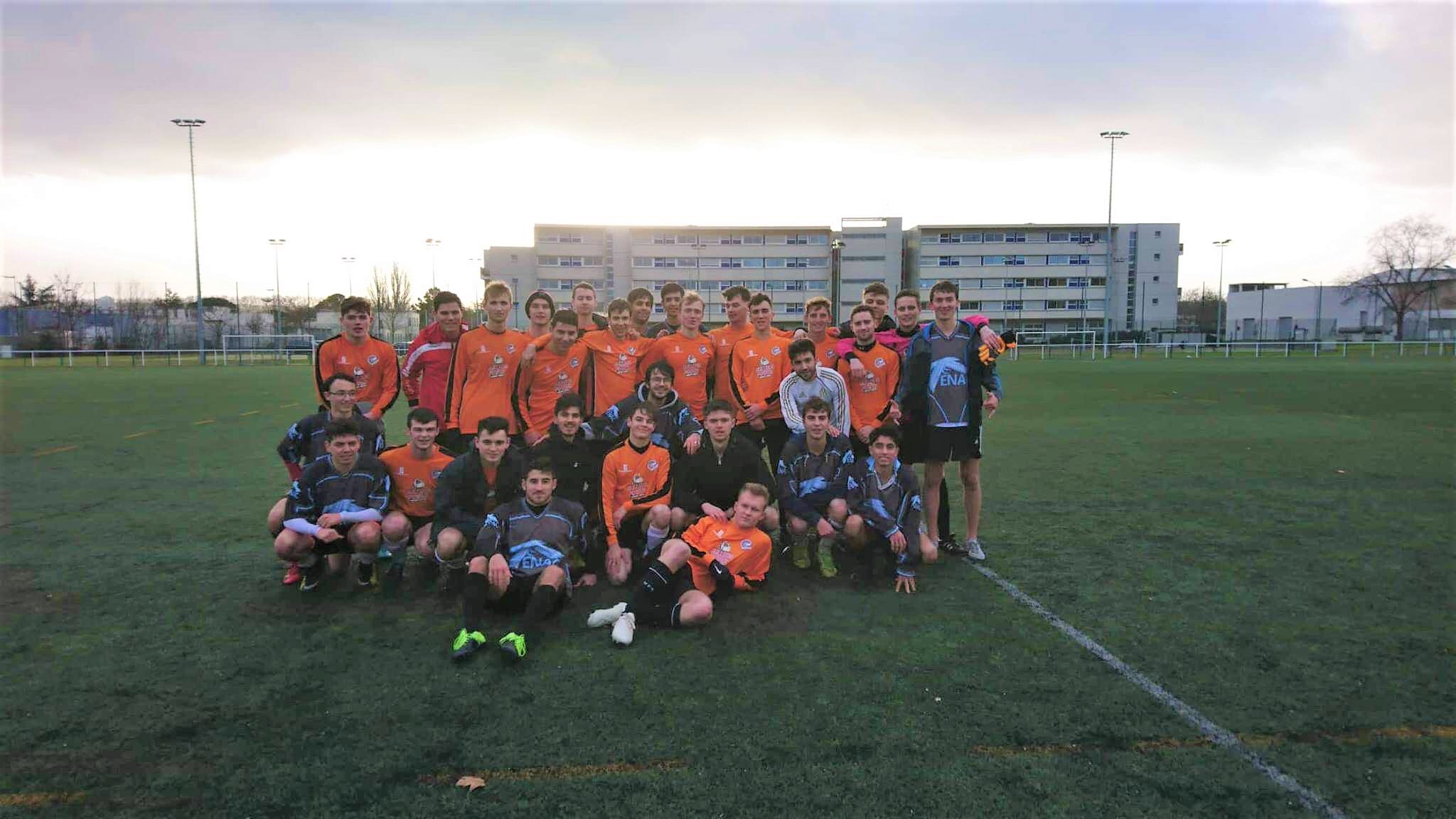 Sankey expressed his delight at the state of the pitch: ‘The fixture gave us an opportunity to play on a full size, flat pitch - not quite the Downs!

‘Despite losing the game 3-0, we held our own and had ample chances to make a mark and enjoyed going toe-to-toe with quality opposition.’

‘This was brilliant because it kept the tour football-focussed, although this didn’t prevent a flat party of biblical proportion after the game’, said Sankey.

As the old adage goes: what happens on tour, stays on tour. After all, what better way to celebrate seeing a thrilling 0-0 draw at le Stadium de Toulouse.

The next day, an urban football centre was found and AeroSoc went head to head with each other, splitting into three teams and competing in a mini-league. 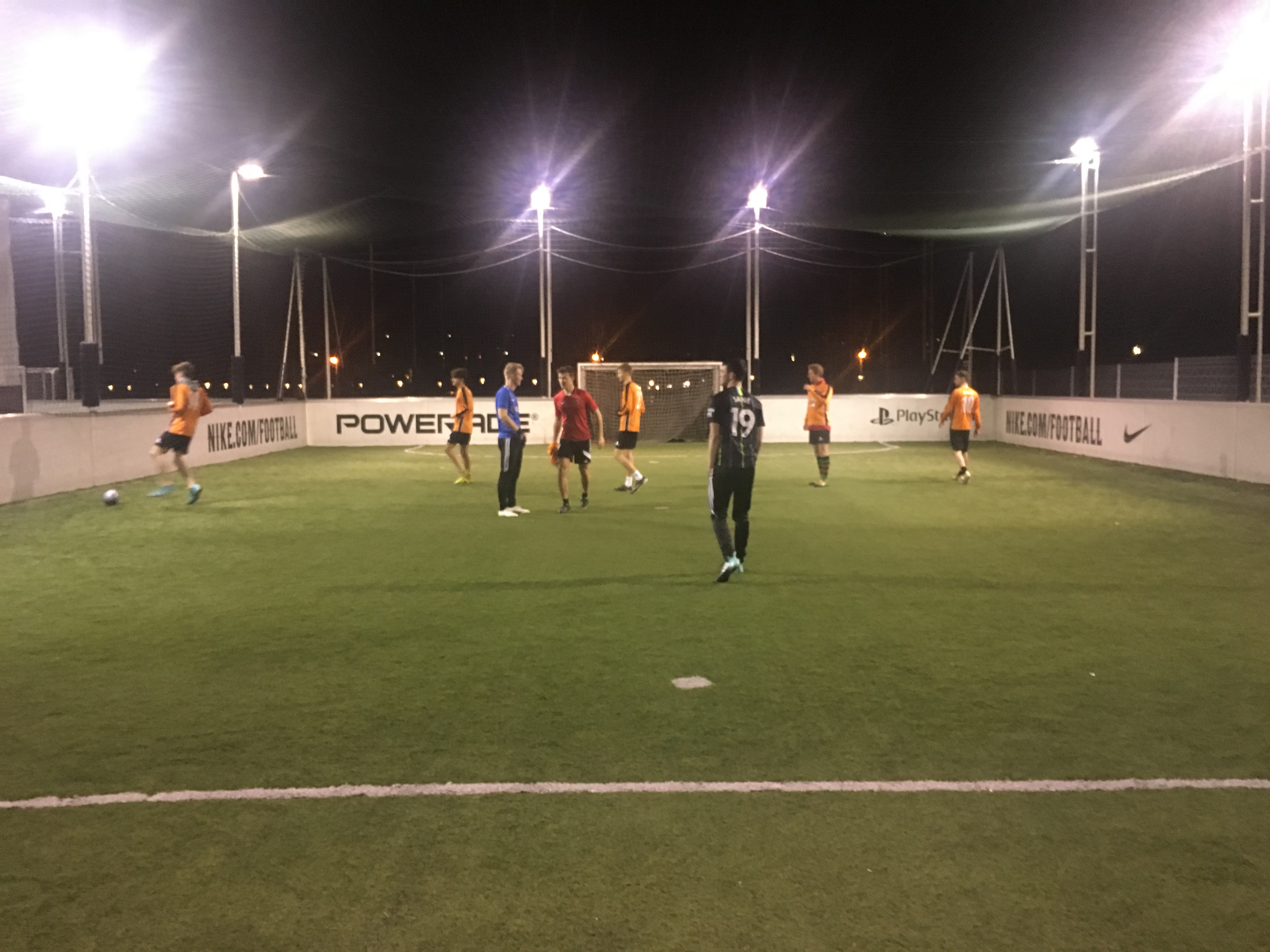 The urban football centre in Toulouse

Sankey added: ‘This was a great chance for the more technical players to showcase their skill and was a great way to end what is hopefully the first of many “AeroTours”!’

Strikingly, over the course of this season, AeroSoc FC have been using drones to film some of their matches.

‘Being aircraft-geeks, it’s no surprise there’s a few drones going around the team’, said Sankey. ‘One of the lads decided to bring it along to our matches and film them.’

Operating a drone on the Downs is no mean feat: ‘As its battery life is quite short, it requires a bit of luck to capture the goal highlights, the best of which came against EFM when we slotted eight goals past them in the first half, capturing four on camera!’

Sankey has big plans for the future: ‘The next step will be filming training and using it to analyse player performances. However, no pun intended, I’m not sure this will take off!’

Perhaps AeroSoc FC’s greatest achievement is undertaking all this whilst never forgetting the ethos of intramural sport here in Bristol: semi-competitive, fun and sociable above all else. Their future is sky-high.

If you've been inspired by AeroSoc FC's story, there are three ways to get involved with intramural sports: through your halls (ask your JCR) through your society (ask your committee) or with your mates in a private group!