‘The Bermuda Triangle of the South West’: what the hell is Turbo Island?

Tom Penney finds himself shipwrecked on an urban island and explores its riches.

Turbo Island might not ring a bell in the minds of all Bristol University students, yet I can bet that most of you who have been out late on Stokes Croft will have encountered this infamous space. At night it is typically occupied by a congregation of people fraternising, socialising and revelling in the cathartic joys of life. In the day, the picture is somewhat different. A once green space in a sea of concrete has slowly devolved into a desolate patch of mud, occasionally littered with the odd abandoned mattress or sofa. Regardless of the current state the island may be in, an essence still exists within it that is telling of the Anarchic spirit of the area. 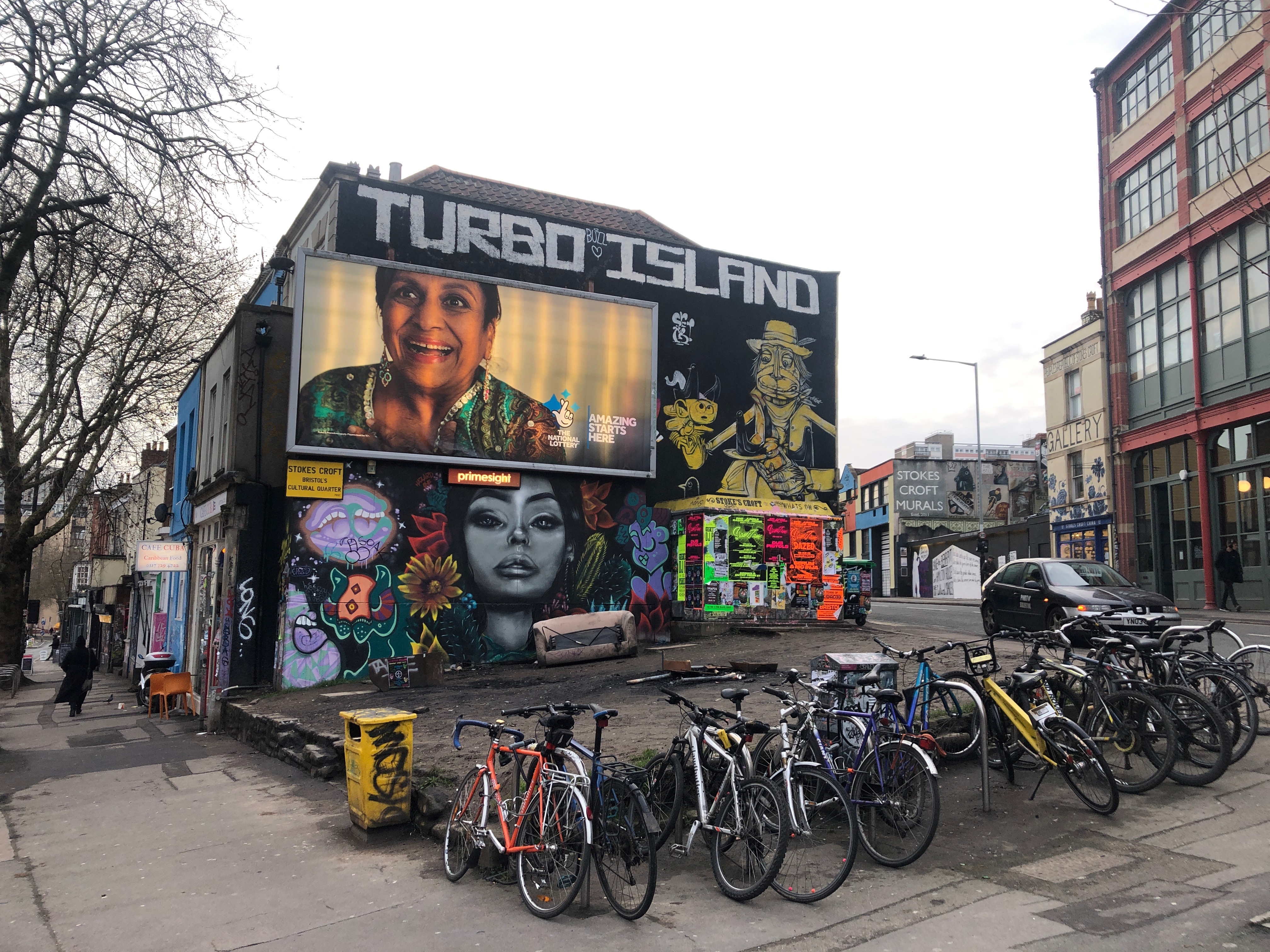 On the face of it, Turbo island is a small patch of land that separates the A38 and the B4051 (near Lakota). Back in the day it was home to a shoe shop known as ‘The Shoe Warehouse’, however in 1940 it was destroyed in a bombing raid during ‘The Blitz’. In the aftermath of the bombing, Bristol City Council decided that due to to the benefits for drivers visibility they were to keep that small patch of land empty - unknowingly invoking the genesis of Turbo Island. Nowadays, the function of the island extends beyond its sight-giving for drivers. The surrounding area of Stokes Croft has undergone a great degree of change over the last 10 years, with Turbo Island ironically remaining in a state of inertia. The area itself has been characterised by a rebellious spirit that seemingly rejects the typical norms associated with city life. For example, in 2010/11 plans to build a Tesco in the area were fervently boycotted resulting in an infamous riot. While the Tesco was constructed, the limitations on opening hours and its inability to serve alcohol reflect what the area is truly about - local community.

In the last 5 years however, the exact value that helped define and develop the area has proven to also serve as detrimental to itself. With a wave of unprecedented gentrification that has hit Bristol and in particular, Stokes Croft, many of the recalcitrant qualities it obtained have been placed into a position of jeopardy. This can be seen in the closing of local clubs such as Blue Mountain, as well as the rise in house pricing accompanied with a general rise in living costs. 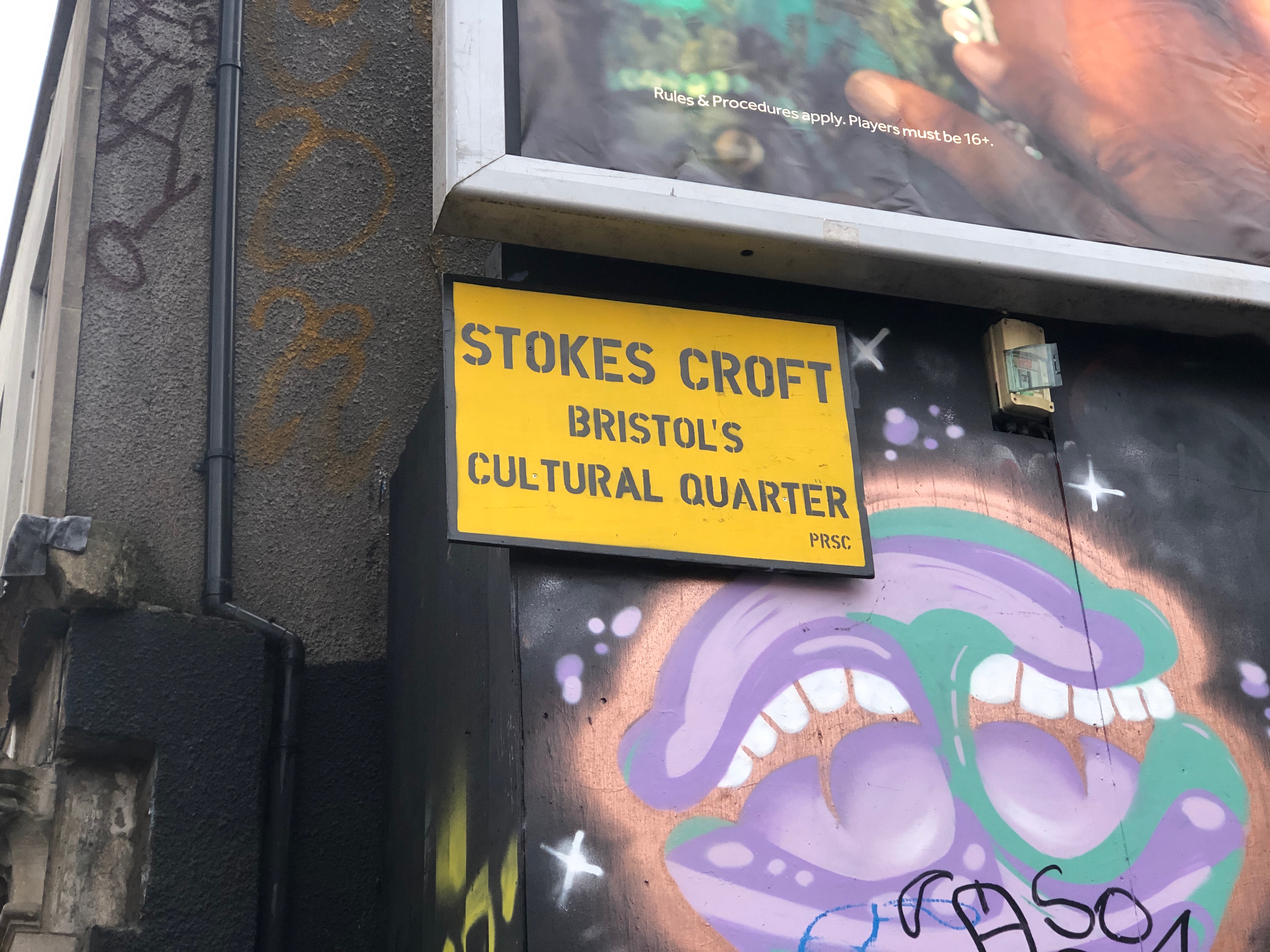 A testament to the most unique island in the Northern Hemisphere is the Instagram account ‘turbo_island_in_bloom’ that documents the island’s revellers and we highly recommend giving it a follow.

Turbo Island is an area that remains untouched by this rapid gentrification however. The regular setting up of rigs and bonfires represents more than just a social gathering, it represents a maintenance of a value that is under threat. With phenomena such as globalisation, most cities seem to be carbon copies of one another, losing fundamental aspects that characterise them. Slowly but surely, apartments replace clubs, franchises replace local business and the essence that defines an area is dismantled. Whilst it may not have been an attraction on Harry and Meghan’s agenda when they recently visited, Turbo Island is a National Heritage Site that conserves Bristol’s anarchic nightlife. With the closure of Blue Mountain and the ‘Lakota-scare’, this counter-culture has become an endangered species. Turbo Island, with all its faults, is a pillar of hope in the keeping of Bristol’s defiant spirit.

Fibre? I barely know her!