With the libraries ram-packed and exam season in full swing, I explore Bristol Central Library in search for a quieter, less hectic place to work, where people don’t fight over desks and isn’t filled by 8:30am.

After many miserable mornings of dragging myself out of bed to the horrific noise of the iPhone stock alarm and lugging my way through Clifton to the Wills Memorial, I thought I would try working in a space that didn’t require such hardship to win a desk. 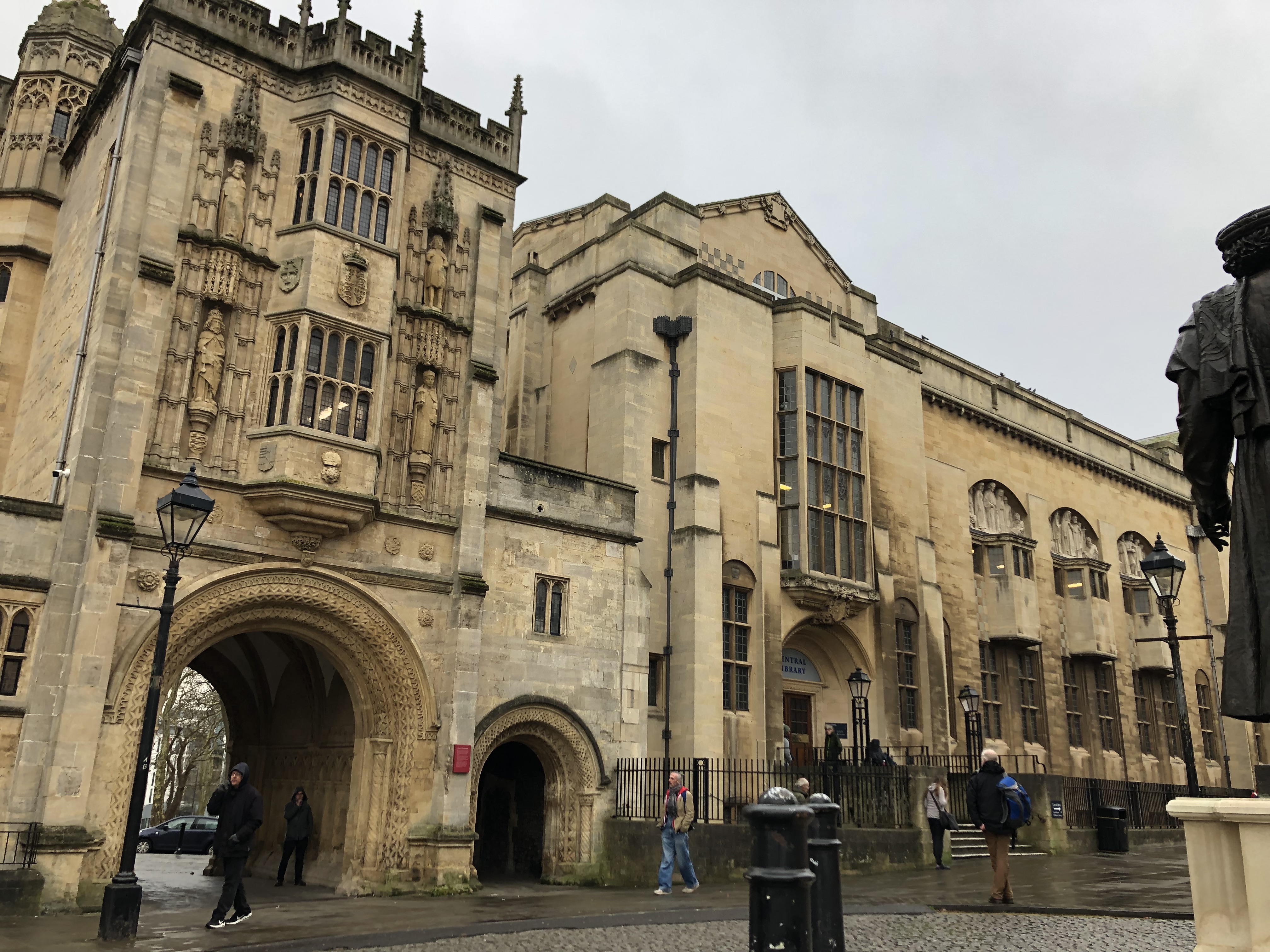 The outside of the library, next to the Abbey Gatehouse

Bristol Central Library, situated next to the Cathedral and ancient gatehouse on College Green, seems an obvious spot, though it is surprising how few students take advantage of its beauty. If you are a fan of pretty architecture, Central Library is beaten only by Wills itself for aesthetic. The tall, columned reference library has many leather-topped desk spaces and a wonderful old-book smell. It also boasts beautiful stained glass and a glass roof letting in what natural light there is at this time of year.

It is very quiet, with only the noise of the doors and pacing readers to distract; I have been sitting for an hour and fewer than a quarter of the desks have been taken.

Its main drawbacks lie in what you expect for a public library in today’s climate of there being no money. The desks are mostly clean but some are in bad need of repair work, and there are no plug sockets to charge your laptop as you work. The Wifi is more or less stable but can sometimes drop out, which can be frustrating (I completely take Eduroam for granted). 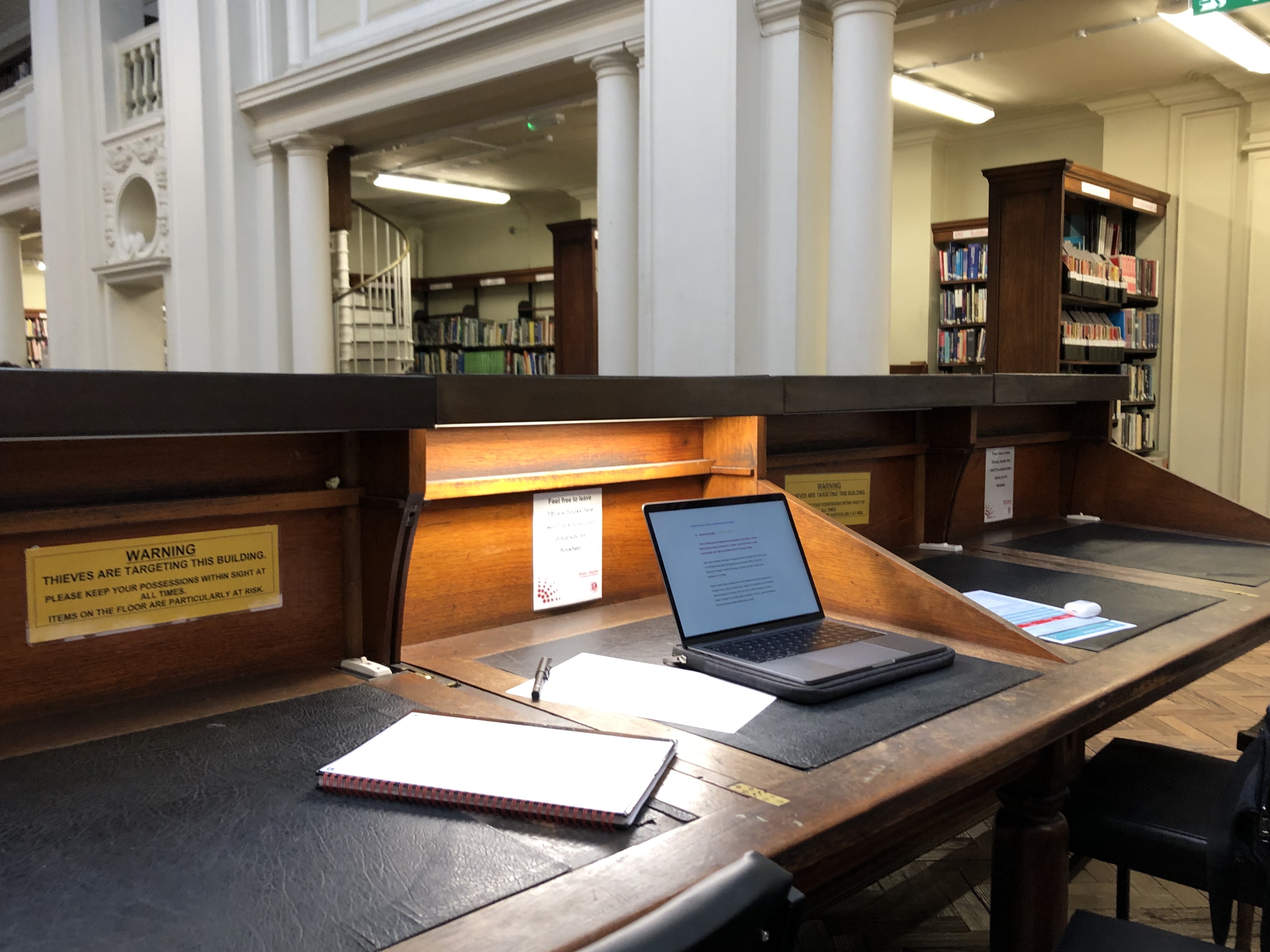 One of the leather-topped desks

The toilets would not be out of place in a council car park, so I’d hold it in if you do plan a long session in the library. Similarly, with it being a public library, you can’t pull the leave-stuff-on-desk-and-get-coffee trick, and though there is little risk of losing your desk, it can be annoying to lug your stuff around if you just want to get a croissant.

The library, no doubt due to a lack of funding (thanks austerity) only opens at 10am, so you can avoid those early mornings. It is also closed on Wednesdays, though this is due to change in the next few months. However, if you’re looking for a place to escape it is certainly useful to keep in mind. It is a little frayed in places, but no more so than you’d be after endless hours in the ASS.

Now I’ve completed my daily procrastination, back to work!

University of Bristol staff to be balloted for potential strike action

Game of Thrones star Maisie Williams to speak at Bristol