From 'Quiche' to 'Coco:' How to win at Name Bingo

Akosua discusses microaggressions she has experienced regarding her name for Epigram's #WhatsMicroaggression campaign.

As our teacher began to rattle off names from the register, I was sharply reminded that I was the only black girl in the classroom and I was, yet again, forced to play another round of Name Bingo. Perhaps I would win? Unlikely, considering I had the same teacher for three years and I'd lost every round we have played.

I lost again, except it was worse because my classmates were snickering. At 15, I would usually beam a polite smile and tentatively correct them, but in that moment, my neck and face heated up and I did not know how to react; my Ghanaian heritage was reduced to a finger food pastry crust. A friend of mine took the cue to step in and correct the teacher, but by then I had already felt humiliated. I remember thinking how I wished to have a normal name like my peers.

My name is spelt Akosua, pronounced ah-kow-see-ya. To this day I cannot fathom how, after two years as my teacher, we had regressed to the point where she had looked at my name and pronounced it 'a-quiche.' She was elderly and taught us PSHE once a fortnight, so that’s probably why a correct pronunciation never stuck. Even so, this constituted a series of microaggressions because she was either demonstrating stubborn ignorance or did not think it important enough to learn my name. 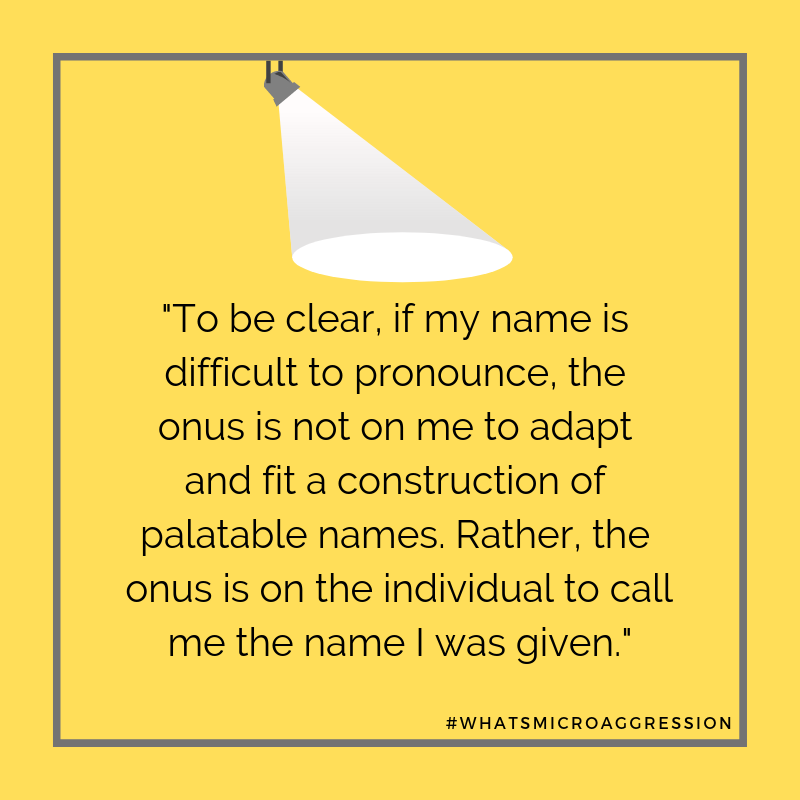 There are three fatal flaws I encounter that belittle me or, at the very least, exhaust me. It is important to note these interactions do not necessarily carry an overtly malicious intent, but instead, they are usually a manifestation of subconscious biases surrounding their conception of what a 'normal' name should be.

If you have deemed my name 'exotic' then, unfortunately, you have already committed the first fatal flaw. This is usually followed by an extensive questioning on the origins of the name; my ethnicity, the meaning of the name, how my mother gave birth to me, etc. Suddenly, I have become an ethnic curiosity that has been discovered and investigated.

Yes, my name does indeed have a rich and beautiful history; but Karen, it is 9 am, and I am just trying to pick up my prescription. I understand that most people are just expressing interest, but there is a double standard because my friends Abbie, Rebecca and Sam do not get the same level of scrutinisation.

Whilst I concede that talking about how exotic my name sounds is a great conversation starter, it is not the only conversation worth having. By deeming my name 'exotic' you have turned me into a novelty, and now I need to perform a cultural showcase. 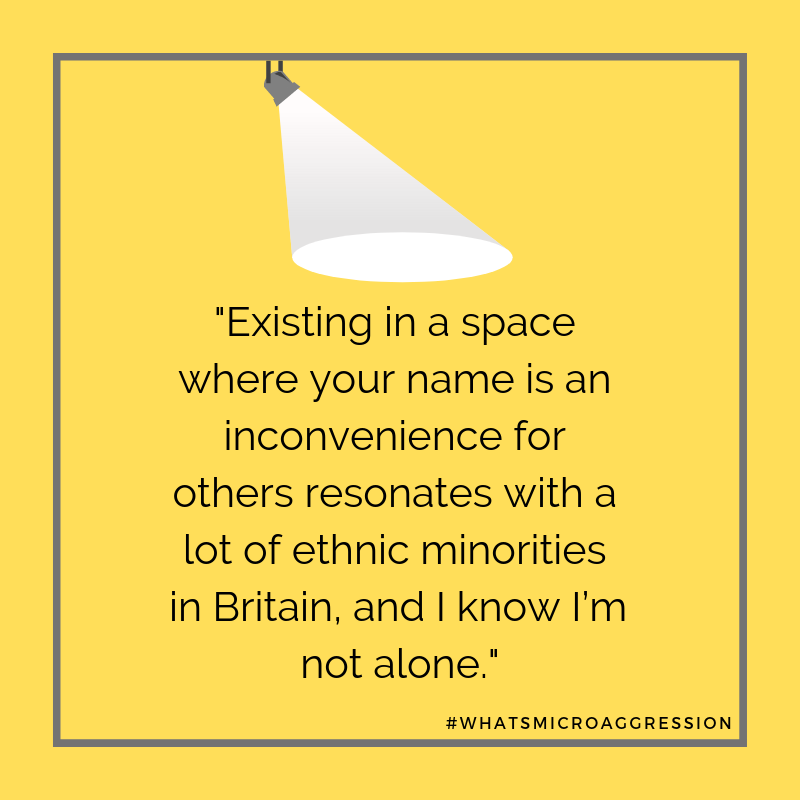 The second fatal flaw is overcompensation. I’ve experienced this specifically in relation to British people who have some tentative link to Africa or African culture. My name does not sound like its spelt for most Western dialects, and I sympathise with that. However, some people aggressively seek to overcompensate for struggling through a demonstration of how cultured they are.

For example, simulating a pseudo-African accent and pronouncing my name the way they believe it should be pronounced. Those with a special type of energy may even correct my own pronunciation because a friend of a friend pronounced their name that way, or because they spent a week volunteering in Africa, and that’s how the villagers said it. I understand that this individual seeks to demonstrate that they have a level of understanding that spans beyond the ordinary British person, but this whole interaction is patronising because the conversation is driven by preconceptions, stereotypes and generalisations about my name and wider identity.

The third and final fatal flaw is shortening my name or assigning me a nickname. This is by far the worst; not only does it alienate me, but it demonstrates a discriminatory willfulness not to learn my name. The expectation is that I change my name to something that is more convenient or comfortable for someone to save face, time or both.

To be clear, if my name is difficult to pronounce, the onus is not on me to adapt and fit a construction of palatable names; rather the onus is on the individual to call me the name I was given. 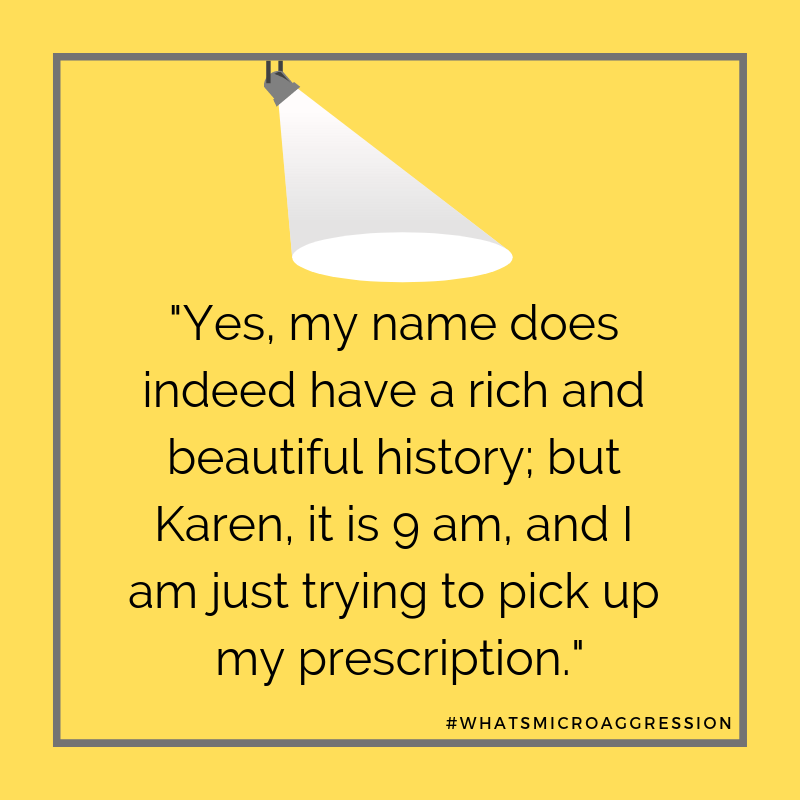 'Can I just call you Coco?' Absolutely not, I am not a chihuahua living in a Chanel handbag. I do not mind if it takes a few tries to pronounce my name right, we can get through it together. But I do mind the dismissive nature of the request to change my name because it operates on the premise that I am other, and not important enough to exist as myself.

Most people have committed at least one fatal flaw, even in good nature. But the encompassing message is that I expect and appreciate the same level of consideration to learn my name along with the names of my white peers. It has taken me a long time to love my name, and I often wonder why my mother gave me a name that many would struggle with (she probably regretted it since she chose the less heavy-handed 'Josh' when my brother was born), but ultimately, it is a unique part of me and my identity. Existing in a space where your name is an inconvenience for others resonates with a lot of ethnic minorities in Britain, and I know I am not alone. Even now in my third year of University, I still play Name Bingo with my tutors, but this time it’s different. Sometimes I win.