25% experience micro-aggressions at University of Bristol

A quarter of Bristol staff and students have experienced microaggressions while on campus, an Epigram survey found.

The results form part of of a new Epigram campaign - #WhatsMicroaggression - that explores microaggressions at the University of Bristol. It aims to identify, acknowledge, discuss and confront its different forms. More information about the campaign can be found here.

The survey received over 200 responses. It indicates that over 30 per cent of students and staff have witnessed acts of microaggression, and 40 per cent were unsure if they had. It also revealed that over 25 per cent have experienced microaggression on campus. 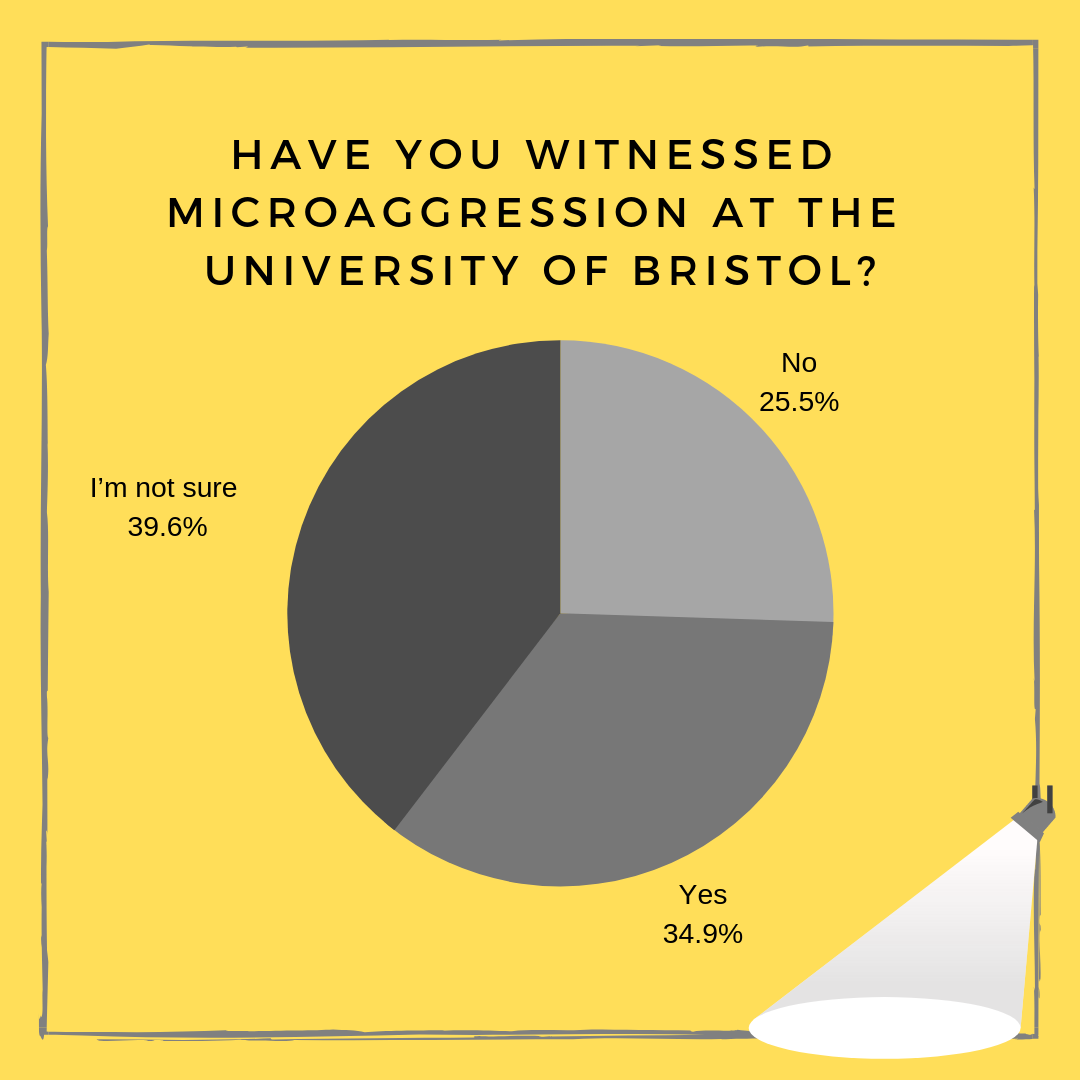 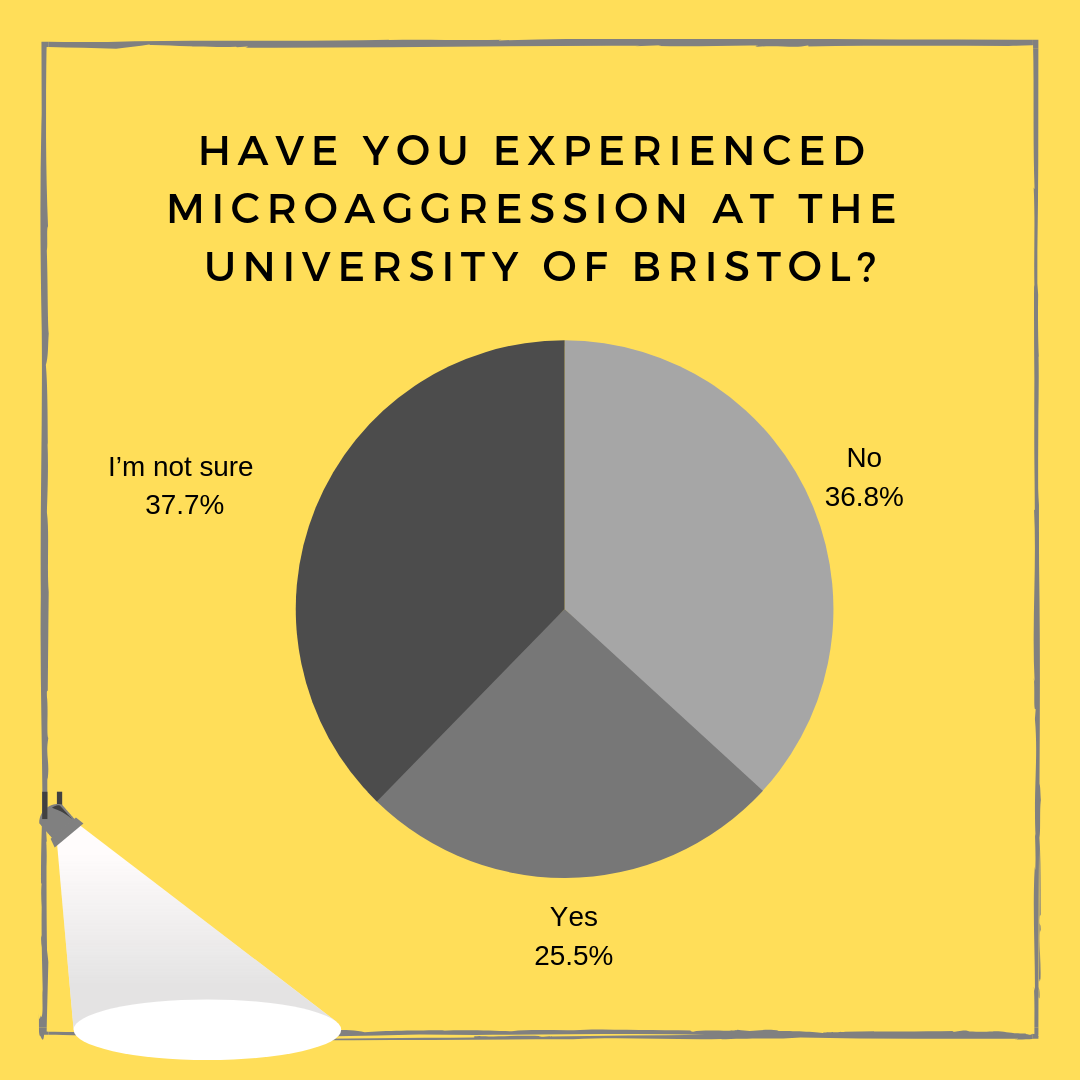 The term 'microaggression' itself is shown to not be universally-understood, with less than 60 per cent of respondents feeling comfortable defining it. Over 20 per cent admitted that they were 'unsure' if they could. A quarter have not heard of the term. 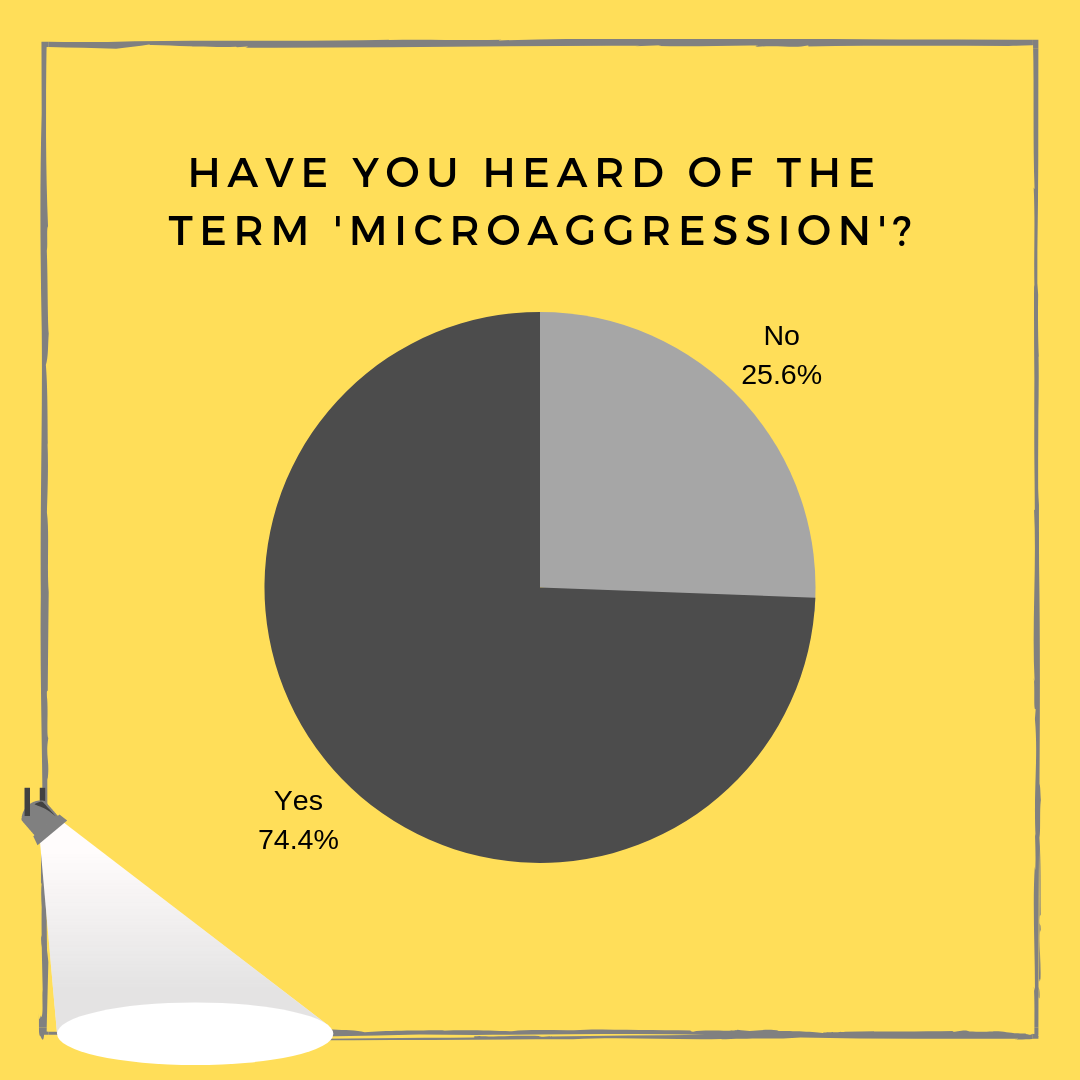 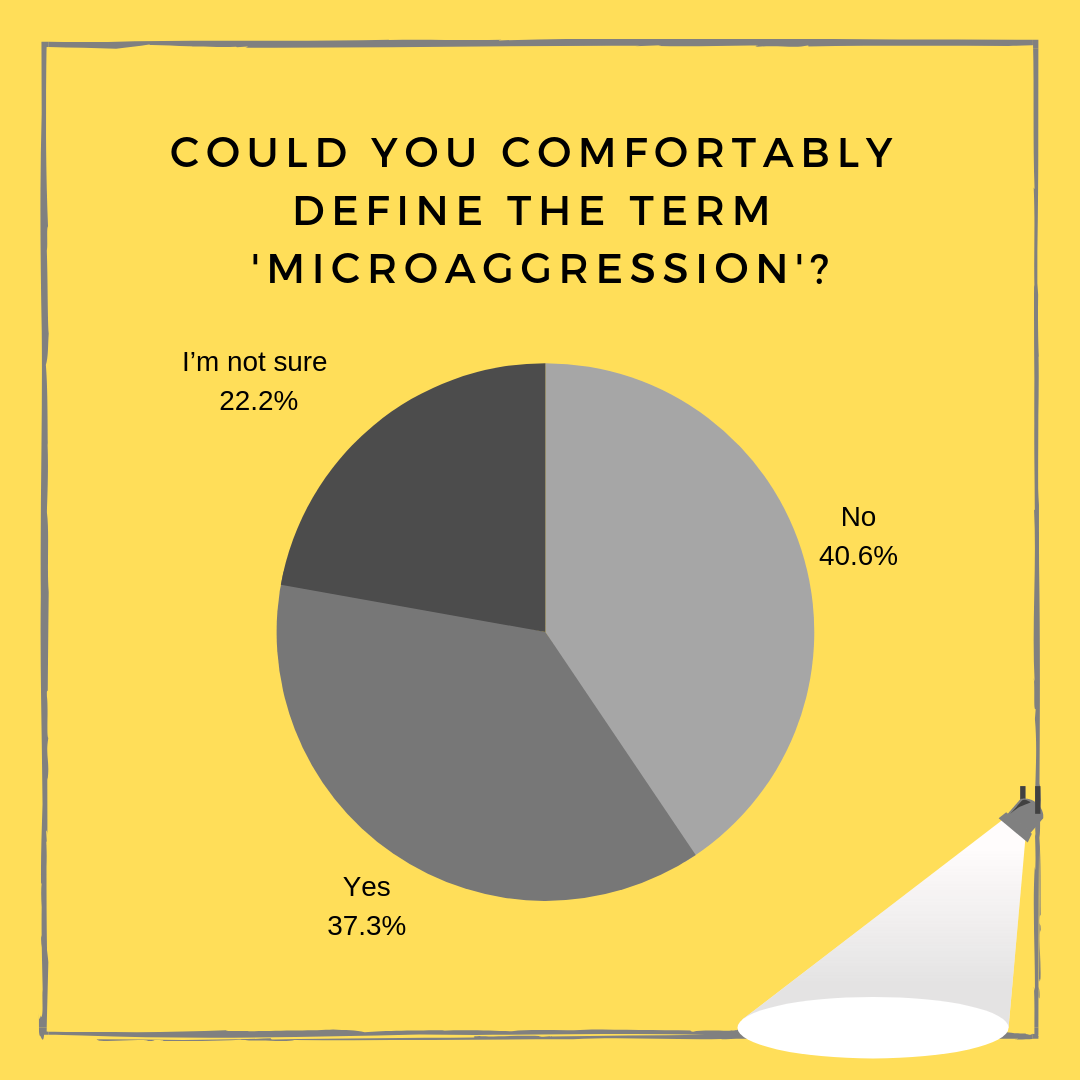 According to Wikipedia microaggression is:

"A term used for brief and commonplace daily verbal, behavioural, or environmental indignities, whether intentional or unintentional, that communicate hostile, derogatory, or negative prejudicial slights and insults toward any group." 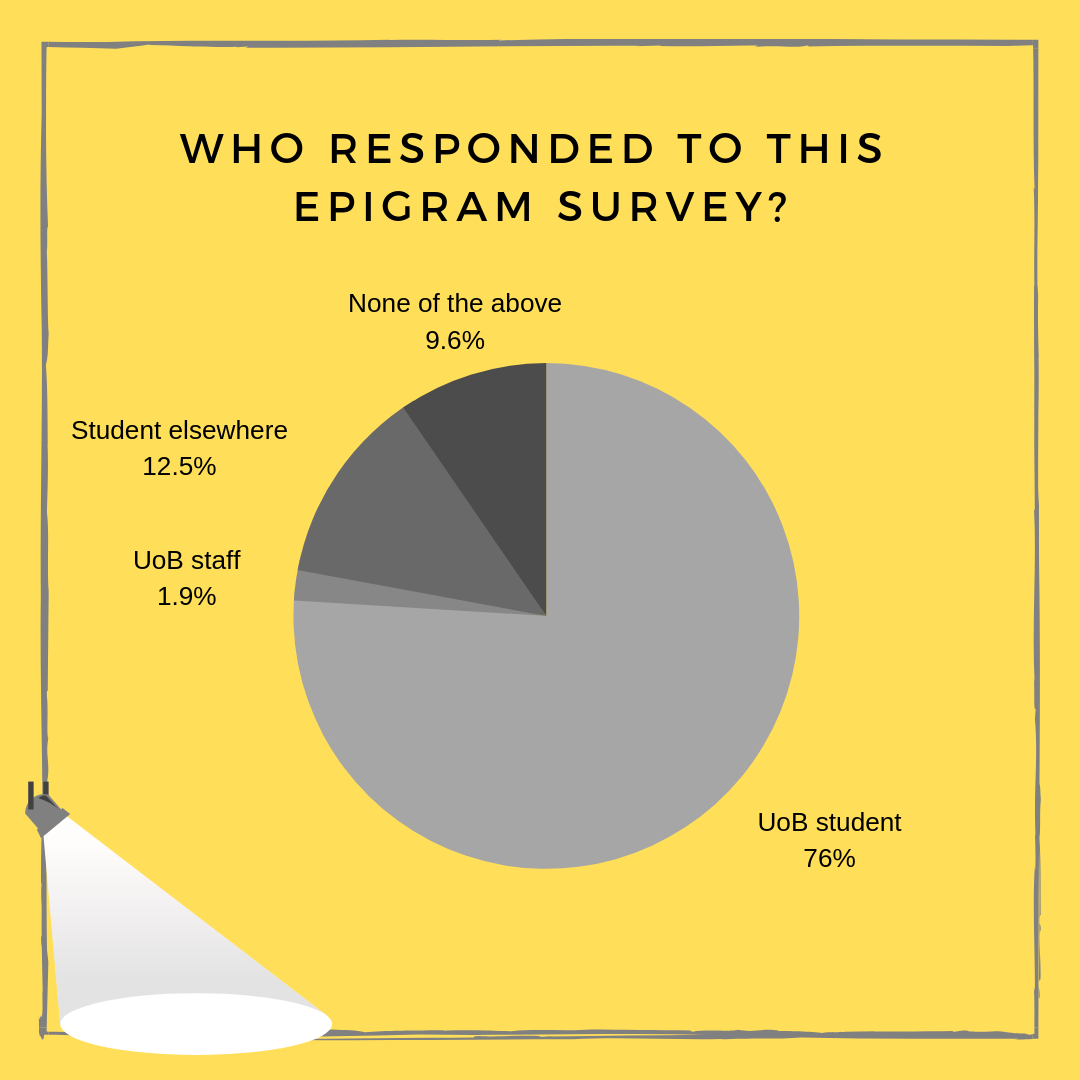 Students are encouraged to use the Report and Support tool here to report any incidents to the University.

This week, Epigram will be publishing a variety of contributions from across the student and staff community as we attempt to identify, acknowledge, discuss and confront microaggression's different forms and manifestations on campus.