The University of Bristol launched a marketing campaign urging students to ‘come to the edge’, despite serious concerns about the mental health connotations being raised both before and after its launch.

The campaign was launched four days after a third student suicide within a month. The University only began to withdraw the tag line ‘come to the edge’ on the day the national press covered the student suicides.

The campaign, including the strategy launch events in London and Bristol, cost £205,000 and was signed off by senior University figures.

Students and staff across the University have been highly critical of the campaign, with some getting into contact with Epigram to voice their ‘disgust’ at the ‘incredibly insensitive’ suicidal connotations.

University staff have said they felt pressured not to voice their concerns to their superiors.

‘Every single person I’ve spoken to about this campaign thinks it’s awful’, one Professor at the University, who wished to remain anonymous, told Epigram.

‘Even colleagues in the marketing team had huge reservations but they weren’t allowed to voice their opinions because they were undergoing a restructure at the time and their jobs were at risk...

It sounds like they’ve got a new boss who has doggedly pushed this through, completely disregarding the risks despite them being flagged up by multiple people across the Uni’.

The University’s campaign was launched on the 15th November alongside their new strategy that claims to have students ‘at its heart’. The intention of the campaign was to show the ‘cutting-edge’ nature of Bristol’s research and teaching.

It appeared on their website, on the front page of the student intranet, on screens in libraries and in numerous university buildings.

One student with mental health difficulties wrote to Epigram to complain about the University’s campaign.

‘I find it disgusting- why would they invite students or anyone to come “to the edge”? Uni is stressful enough. To me it has suicidal connotations, and given the recent suicides on campus this is incredibly insensitive’.

One senior resident told Epigram that seeing the campaign made them think of ‘stress and the suspension bridge’.

'My daughter says it was on the homepage of the uni's website and splashed across social media during your reporting of the suicides. Not quite how students would want their tuition fees to be spent, I would imagine', one parent told The Bristol Post.

On the 23rd of November the national press learnt of the three student suicides that had taken place during this term. It was at this point that the University began to remove the ‘#cometotheedge’ tag line. However, the campaign was still live on their website.

Upon approaching the University for the second time, the Director of Communications and Marketing at the University urged Epigram not to write the story, describing previous media coverage of the deaths as ‘truly awful, particularly for students’.

An academic at the University contacted Epigram with his concerns:

'Why it hasn't been pulled sooner is beyond me. While it's not linked to the recent deaths, the sentiment behind the campaign is certainly in bad taste given how students are known to suffer mental health problems, anxiety and stress.'

‘The strapline “come to the edge” was devised after consultation and testing with staff, students (both current, prospective and the Student Union), parents and alumni’, a University Spokesperson said.

The Student’s Union have since said that they provided negative feedback on the advertising campaign.

A University Spokesperson commented: ‘following the tragic death of three students we decided to pause the campaign to review whether the strapline was still appropriate’.

The campaign was launched shortly after the suicides and was paused on the same day it was picked up by national press- a month after the third student death.

The University are continuing the campaign in the New Year with the amended tagline, ‘Tradition with Edge’. The cost is comparable with other similar national advertising campaigns.

‘The aim of our current campaign is to increase the visibility of the University of Bristol and highlight why, in an increasingly competitive market, we are an institution of choice that continues to attract the best students, staff and researchers’, the University Spokesperson said.

Not all students saw the mental health connotations of the original campaign. One third year law student said that ‘I don’t think most students would have seen any link to suicide’.

Let us know what you think in the comments below, on our social media or email editor@epigram.org.uk. 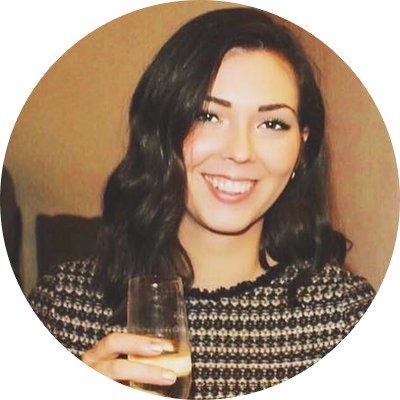 Let’s not forget about happiness

My quest to find daily purpose