The Womxn’s Disco Collective, formed in March 2020 by students Georgia Dimdore-Miles and Amaia Emmerson, is launching their second Misscoteque event on 28 November – a night for ‘she’s and they’s’ to feel safe openly expressing their sexuality in an inclusive space, all to the music of a queer female DJ lineup.

Aiming to replicate the lesbian nightlife scene of Bristol in the 70’s, 80’s and 90’s, Misscoteque showcases a range of disco, old skool house and garage music; ‘Think of anything that’s going to make you smile and we’ll play it!’ Georgia exclaimed.

After researching the lesbian nightlife scene of Bristol for her undergraduate dissertation, Georgia found herself becoming ‘immersed in this world I had no idea had even existed.’ At first, Georgia was unsure of how much she would uncover of the scene but was surprised at how prominent the lesbian nightlife scene in Bristol actually was even just 30 years ago; ‘There were so many women-only pubs and clubs and underground discos and pop-up nights around the city. As I was doing the research, it was incredible but also very emotional for me coming to the realization that all this had disappeared.’

‘Being a lesbian myself, that was quite a hard realization,’ Georgia elaborated, ‘Obviously back then there was more homophobia in Bristol which made those spaces a necessity for people to have genuine safety. But I also felt very deeply that this is something that is still needed today.’ One conversation later, fittingly taking place on a night out, between Georgia and Amaia solidified the formation of The Womxn’s Disco Collective and the primary aim to revive the lost lesbian Bristol nightlife scene in the present day; ‘The whole idea behind Misscoteque is trying to revive these spaces that Georgia found out about but with the slight difference that they’re not just for lesbians. We’ve tried to open it up to all women and to anyone gender non-conforming.’

However, just as The Womxn’s Disco Collective were in the early stages of planning their first Misscoteque event, the Covid-19 pandemic struck. But, despite the first Misscoteque event being delayed until the reopening of nightclubs on 19 August 2021, over half of those who bought tickets were still able to attend on a night which both Georgia and Amaia deemed a ‘huge success’. ‘We had so many people coming up to us and saying thank you and genuinely saying it was the best night of their lives, which was so emotional and incredible to hear!’ Georgia exclaimed.

Although Covid-19 at first posed an undeniable obstacle to The Womxn’s Disco Collective, the pandemic only reinforced the importance of making space for queer women in society, as well as paving the way for further spaces across Bristol to open. ‘With Covid, it just accentuated everything I was feeling about not having space – queer space – because you couldn’t go out and meet your friends and a lot of my friends at university who are directly around me are straight. After I while I found that quite difficult.’ Georgia admitted.

‘Looking forward to coming out of Covid affirmed that this is what we were going to do. Covid was really difficult but it was also a fresh start. I almost feel like this is a theme across Bristol – there are more and more queer spaces popping up after lockdown and its really exciting!’

Considering the recent fluctuation in spiking cases in Bristol nightclubs, both Amaia and Georgia reassured Epigram that Misscoteque is an event which prioritises the safety and wellbeing of all women and non-binary people who attend. Lost Horizon, the venue hosting the second Misscoteque event on 28 November, has been more than accommodating of The Womxn’s Disco Collective’s requirements, reassuring all who attend that only queer female staff will be working in the venue, including bartenders and security, to make all attendees feel safer during their night out.

On top of prioritising the safety of their attendees, both Georgia and Amaia also recognised the importance of events like Misscoteque in allowing queer women to openly explore their sexuality in a safe environment. Georgia spoke from a place of self-experience, explaining the struggle of discovering your sexuality in a world where it is often not welcomed; ‘Having been through that I know how difficult it is not having a space where you can see yourself reflected back at you. You need other people embodying that to realise who you can be and that it is a legitimate identity, and to just have that chance to go and kiss a woman!’ she exclaimed.

Georgia and Amaia have been thorough in the organisation of Misscoteque, ensuring that it lives up to its tagline of being for ‘shes and they’s’, as they were put in touch with their graphic designer, Amy Wright, by local queer graphic designers Conway and Young. The DJ’s selected to play at Misscoteque are also queer women, helping to break down the stigma of DJ-ing being a white male dominated hobby, as well as spotlighting the talent of lesser-known female DJ’s, including Amaia herself. In Georgia’s own words, ‘everyone who has been involved at every level fits our ethos’.

However, when asked about the challenges that The Womxn’s Disco Collective have faced so far, Amaia noted that there has been some difficulty conveying the definition of their event to prospective attendees; ‘Sometimes the language surrounding these things is still catching up to the modern day. We’ve branded it as “she’s and they’s” which is the most inclusive way we could think of because what we don’t want to say is “this is not a night for men” – we don’t want to define ourselves negatively. But we have had some people struggling with what the definition is of our inclusivity policy.’ Amaia explained.

‘One thing to acknowledge is that it’s a very difficult area and we are trying our best to be as inclusive as possible.’ Georgia added, ‘If people feel that we’re not doing that as best as we can then we are very open to criticism.’ However, both Amaia and Georgia emphasised that making space for queer women is integral to Misscoteque and The Womxn’s Disco Collective as a whole, explaining that ‘straight space is everywhere and queer space is almost nowhere. If straight people don’t feel comfortable in spaces they have other choices, whereas queer people don’t have choice.’

Georgia also acknowledged that inevitably, financing Misscoteque has been a challenge. ‘It makes you realize how difficult these kinds of nights are to put on and especially for the queer community because they don’t have as much financial power, especially queer women. It just highlights why there are so few of them.’ Georgia explained, addressing Bristol’s surprising lack of queer women-only spaces. However, despite any financial challenges faced, they have highlight in even greater clarity just how important events such as Misscoteque are in allowing women and gender non-conforming people to openly express their sexuality and identities in otherwise normalised settings, such as a simple night out.

Bury Your Gays: How can the media do better for the LGBTQ+ community?

In review: LGBTQ+ history month at the University of Bristol

Even beyond the disco dance floor of Misscoteque, Georgia and Amaia are advocating even greater inclusion in for the LGBTQIA+ community in Bristol by donating half of all profit made to a local charity after each event. Half of all profit raised by the first Misscoteque event in August 2021 was donated to Pride Without Borders, a branch of the umbrella charity Bristol Refugee Rights, which provides financial and legal aid to queer asylum seekers in Bristol, as well as forming a close community support group who meet every two weeks.

The Womxn’s Disco Collective are also partnering with The Sistxrhood, a venue within the Shangri-La area of Glastonbury Festival which is the first ever woman-only venue at Glastonbury. The Sistxrhood is inclusive of queer, trans and disabled women from all race and class backgrounds and aims to include all those who identify as a woman in their dance-party celebrations – just like Misscoteque. The partnership includes hosting Misscoteque at Lost Horizon, as the venue’s creative director was also one of the founding creators of The Sistxrhood.

Despite Georgia and Amaia now both being in their last year of study at university, Epigram was quickly reassured that Misscoteque events will continue post-graduation. With both Georgia and Amaia planning to settle in Bristol after finishing their studies, talks of running The Womxn’s Disco Collective full time on the cards and potential to expand outside of Bristol, Georgia exclaimed with a smile that ‘It will live!’ and continue to provide a safe and enjoyable space for those who need it most.

Will you be attending the second Misscoteque event this Sunday? 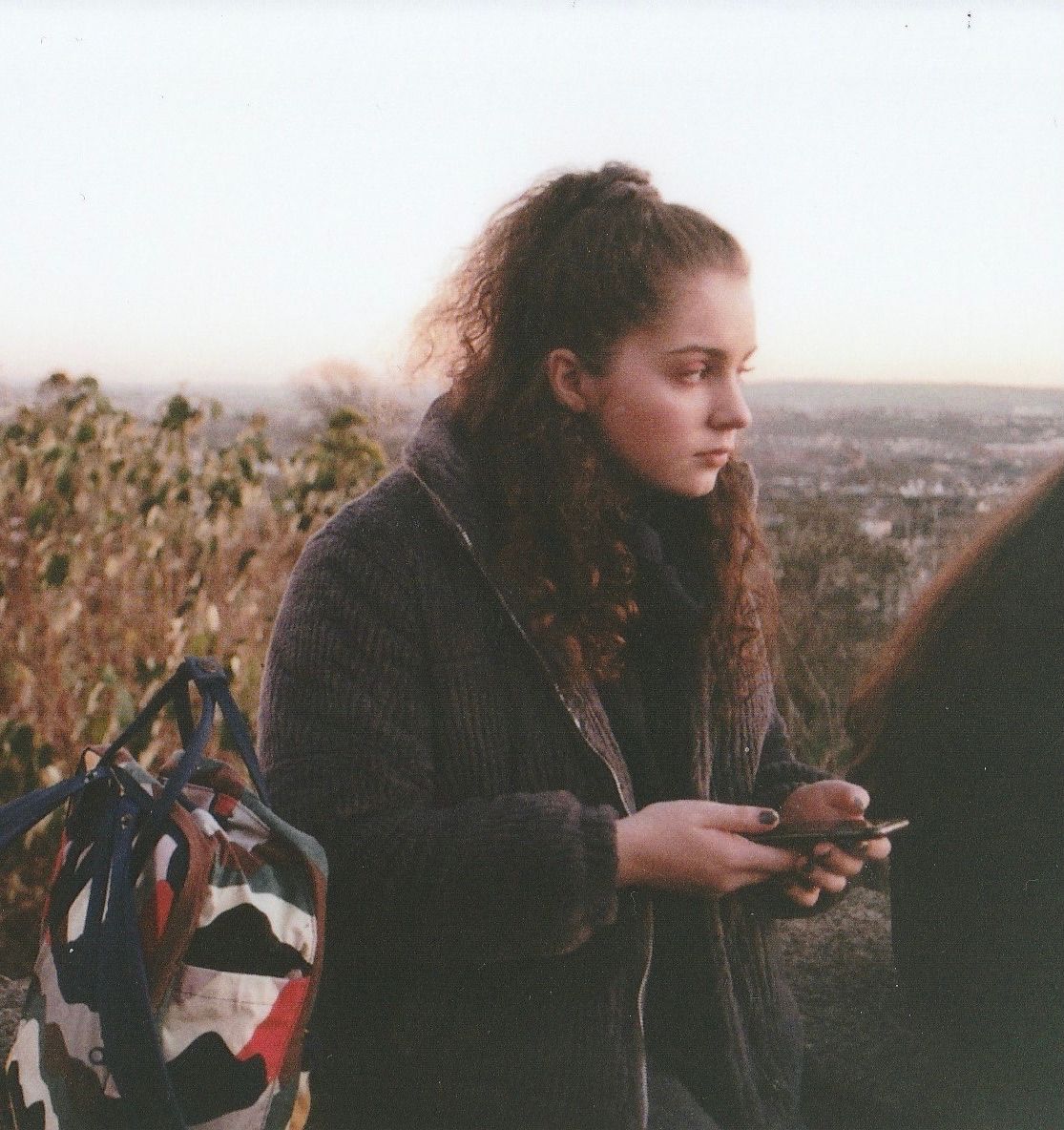