The Croft Magazine // Sam Sayan is providing us with some much-needed escapism as he takes us on his own eventful trip down memory lane.

Miami, city of sun, food and vice. Will Smith sang about it: the beaches, the über-humid air, the hot guys and girls. It seemed incredibly fitting for an intense end-of-year holiday. One fateful night, over wine and an Iceland oven selection, we made the move. Parents were called and weren’t asked so much as notified, info was filled in, and suddenly, boom. The screen flashed in orange and blue: 'CONGRATULATIONS! YOU’RE GOING TO MIAMI!'

2019 was an eventful year for us. I was finishing A-Levels, Leona* had just finished chemotherapy and was going to university in the autumn along with Charlie*, and Libby* was just there for the ride, but was deserving all the same. We had to go away, and it had to be worthwhile.

We could’ve chosen somewhere continental, somewhere that only required a short hop over the channel, somewhere that we would eventually see half of Sheffield flocking to in celebration of the end of A-Levels or an apprenticeship. But we didn’t; we went big.

Miami, the capital of the Latin population in the US and a billionaires’ playground, is famed for its neon-drenched boulevards, art deco architecture, opulent lifestyles and the Atlantic. We four decided to milk it for all it was worth and try to experience as much of its notoriety and splendour as we could, but before we could we ran into a problem: Leona’s name was written incorrectly on all the paperwork. This turned out to be a serious issue, as the travel company took all the information filled in online and used it for flights, hotel and transfer. After an unwelcome £35 each, and two months of phone calls, we were poised and ready to go!

We threw ourselves headfirst into our itinerary, taking a thunderstorm-backdropped dip in the hotel pool almost the second we arrived, followed by tapas and a walk around South Beach. I would go into further detail on this first evening, but I was running on fumes, having been awake for 50 hours. To be quite honest, both flights, our first night, and virtually everything that happened during that time, is an incoherent blur.

The day after our arrival, after finally regaining lucidity, we embarked on our so-called ‘Celebrity Boat Tour’ from the marina, out to the billionaire-populated Fisher Island (Jared Kushner and Ivanka Trump’s post-D.C. home, to name a couple), on a speedboat with room for ten.

Advertised on its bow was ‘180 Degree Spins’ and ‘Superfast Boat Tour’, messages that, alarmingly, had not been visible on the website when we booked. We doubted quite vehemently that these slogans would be sincere. How wrong we were. We started off slowly, the engines beginning to roar menacingly. We got past some barriers that marked the periphery of the marina and suddenly all hell broke loose. I mean it. The bow slogans flashed back to us as, indeed, we proceeded to spin 180 degrees at incredible speeds, allowing us to virtually drink half of the Atlantic from splashback alone.

There was also the problem of the wig. Leona’s hair was yet to grow back from her treatment, so she was given a bright blonde bobbed human-hair wig. Cast your minds back to the ‘Superfast’ part of the slogan and then imagine what said speeds would do to an unfixed wig upon poor Leona’s head.

THANKFULLY, we managed to catch Willow, as we affectionately named the wig, before she was torn off and lost off the Floridian coast forever. Despite that, we will always remember this particular excursion through a series of photos in which Leona is either head-wrapped babushka-esque, or clutching onto Willow for dear life, all with a severe look of concern on her face.

Over the next couple of days, we strived to explore Miami with feet placed firmly on the ground (or wheels, for that matter); we went cycling along the paths of Miami Beach; went to the art district and drank searing lattés at the boutique Café atop a Christian Dior store, visited Little Havana and ate Cuban sandwiches in front of the area’s famous murals, all while flexing our GCSE Spanish knowledge with the locals; we ate at the former Versace Mansion on the beachfront and shopped-until-we-dropped, within our tight budgets of course, at a local mall.

Snap Happy - or not so happy?

I think the icing on the experience-cake wasn’t waking up to the cast and crew of the Marvellous Mrs. Maisel using the lobby as a film set and the turning circle as a 50s taxi rank. Not at all. It came in the form of the four-hour delay on the flight back, resulting in a missed connection in Vienna, and three awful flights as opposed to two.

Just as it had begun, our Miami jaunt was over, and we were stood in Manchester’s baggage claim area, glaring down at the big fat number 12 on our weather apps, yearning to be back in the place we had been just 18 hours ago.

*Names changed, if only for the purpose of not inflating their egos by writing about them… 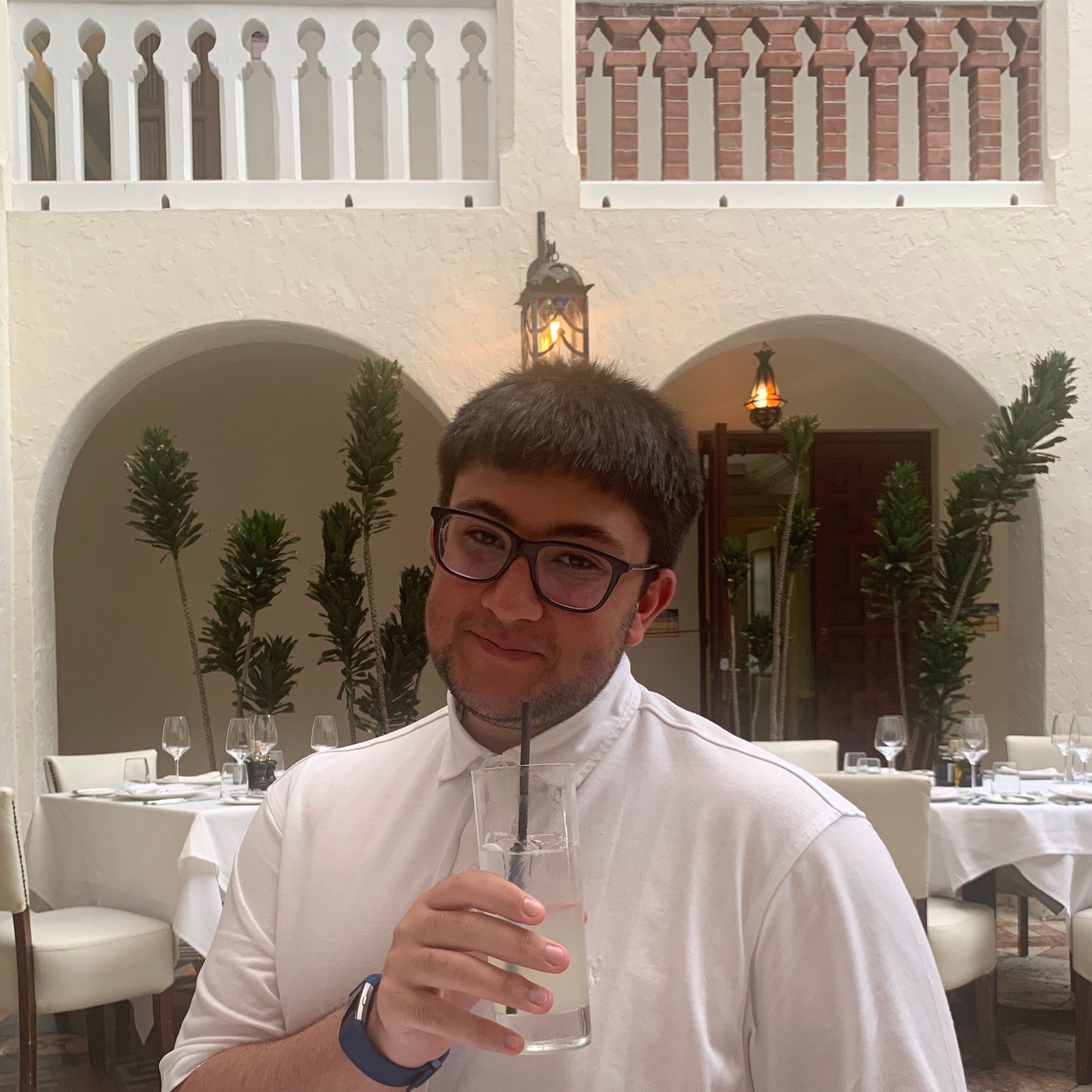