Pride and Climate Action: changing the landscape of celebration

As Pride month winds down, it’s important to remind ourselves of where it all began. The first Pride parade was held in New York, one year after the Stonewall Riots. Whilst the events at Stonewall did not single-handedly ignite the fight for queer rights, it was a catalyst for change across America and the United Kingdom.

London’s first Pride was held two years later, in 1972. Initial parades had a heavy emphasis on political action. For example, Matthew Warchus’ 2014 film ‘Pride’ recounts the events of the miners’ strike of 1984-85 and the support they received from Lesbians and Gays Support the Miners. The film demonstrates the solidarity between those who are being denied their rights.

However, Pride is moving further and further away from its political roots. Visit London Pride now and you’ll find rainbows raining down on crowds, branded wristbands bearing corporate logos tossed from buses. Bristol Pride’s 2020 sponsors include accounting firm PwC, Great Western Railway and even the University. Pride in London 2020 is being sponsored by Facebook and retail giant Tesco, amongst others.

The money provided by sponsors enables Pride celebrations across the country to continue to grow in size. However, the corporate sponsorship of Pride has been a growing source of concern in the LGBT community.

Meg Brousson , a queer student at Bristol, commented on ‘the frustration of the capitalist nature of Pride being how once the hashtag is gone, the platforms are too’.

Companies who use LGBT branding similar to this have been said to be ‘pinkwashing’ -  deliberately highlighting support for gay rights while ignoring or downplaying other relevant human rights issues. In 2018, campaigners protested against Bristol Pride’s acceptance of sponsorship from Airbus. Protestors took issue with Airbus’ association with the Turkish military as one of its aircraft suppliers.

Activist groups such as People and Planet, one of the largest student-led networks in the UK, are looking to change things. Their ‘Divest Pride’ campaign is calling for the removal of Barclays in particular as a sponsor of Pride.

Over the past three years, Barclays has invested more than $85 billion into fossil fuels. Until recently, the University of Bristol used Barclays as their main bank, before making the switch to Triodos – a bank with no links to fossil finance. In 2017, Bristol Students’ Union voted to boycott Barclays and supported the student campaign for the University to follow this action.

Barclays remained a sponsor for Pride in London 2020, which was held virtually on 27thJune.

Steff Cave, a member of the Divest Pride campaign says ‘2020 is the perfect year to reclaim Pride.’ But how does climate action and fossil fuel investment relate to Pride?

When questioned on their personal relationship with climate activism – and student activism more broadly, it became clear that many queer students at the University of Bristol see it as an inevitable intersection of their identity.

Charlie Siret, a first year Sociology student said ‘student activism is one of the spaces I feel most comfortable at the University…I think it's the sense of solidarity and shared purpose that allows such strong bonds to form’, another that ‘activism, for me, is a fundamental part of being a student at Bristol.’

She added that ‘I know that injustices are rooted in social structures and I don't just want to accept that’. She noted that this was a key element in their decision to study Sociology at the University.

Rowan Fox, a student and member of the Divest Pride campaign says ‘student activism is important to me in part for the same reasons that all activism is important–a drive towards meaningful political change and liberation…The structures that have created the climate crisis are the same as those that are responsible for the colonial/modern gender system and the perpetuation of cis-heterosexist patriarchy’

Queer campaigners across the UK are calling on @NorthernPrideUK to drop @Barclays and cut ties to the fossil fuel industry #DivestPride #WeAreNorthernPride pic.twitter.com/nup4Ucw94I

Though students that were interviewed believed that climate action was important to them in relation to their queer identity, Brousson emphasised that ‘climate change impacts everyone’s identity, whether they choose to recognise it or not.’

It is clear that Pride has come a long way from its beginnings in a New York bar in 1969. Prides in 2020 have so far all been hosted online – including People and Planet’s very own  held on 3rdJuly. This change has prompted discussion on how Pride will continue to evolve in the future.

When asked about how she would like to see Pride celebrated, Siret says ‘I would want Pride to be a grassroots celebration: a political space to demand our rights but also to support other marginalised groups and demand their rights too.It’d be a space for learning about the local LGBTQ history’

Brousson says ‘Pride should ultimately be an inclusive event, dictated not by commercialisation or singular narratives of queerness, but by the diverse experience of the LGBTQ+ community…This doesn’t mean a stripping back of celebration, of glitter or wondrous outfits.’

Some believe that Pride should not only be reclaimed as a protest, but also reclaimed for those it represents. As evidenced by a recent proposal by Minister Liz Truss for changes to be made to the Gender Recognition Act, LGBT rights in the UK still remains an active issue of concern for queer individuals.

Cave says, ‘for a long time, Pride has not been for queer people.’

Fox adds that ‘Pride must always be resistive because we cannot ever achieve equality within the system that constructs our difference’, that ‘Pride can only exist while we are oppressed and must serve a role in the cause of liberating us from that oppression.’

However Pride changes in the coming years, it is clear that student led action will be a driving force. 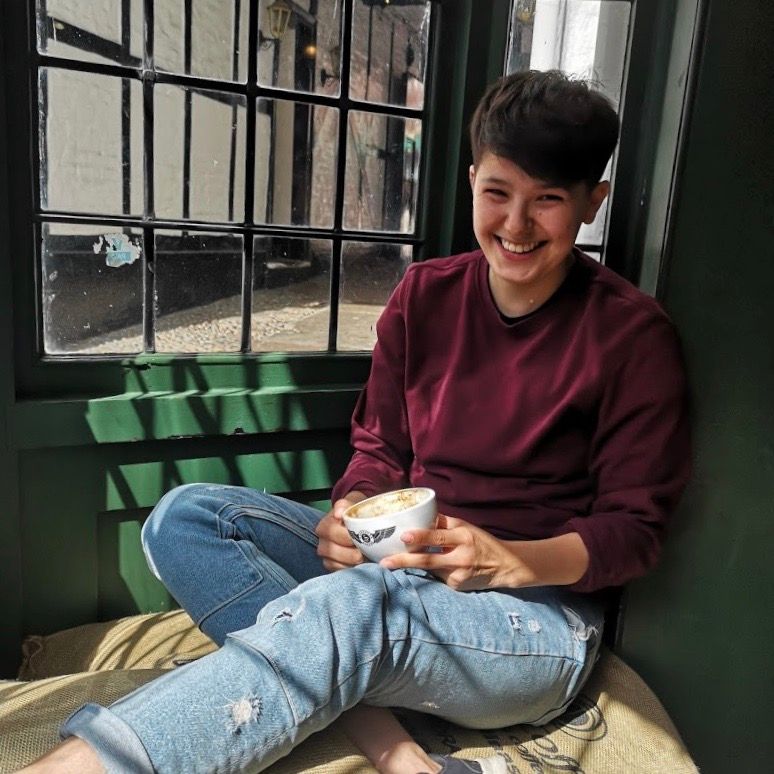 Dancing through lockdown: How one Bristol dance company is thriving online

‘An abstract, conceptual haze’: The Streets – None Of Us Are Getting Out Of This Life Alive