This article is best experienced on a laptop or computer.

‘Sugar dating’, or ‘sugaring’, is where a sugar baby receives gifts or financial benefits in exchange for companionship, which often includes intimacy or sex. The paying ‘sugar daddy’ is typically older and wealthier.

Previously, this has been a trend among students in the United States however, last month, SeekingArrangement, claimed that over 500,000 students in the UK have signed up to their site since 2015. The sugar dating site gives a free premium membership to all students who sign up with a university email address.

According to Save the Student’s 2019 Money Survey, currently 4 per cent of students are using adult work as a source of money making. This is double the 2017 figure, showing that the trend of students turning to potentially more risky ways to make money is increasing. 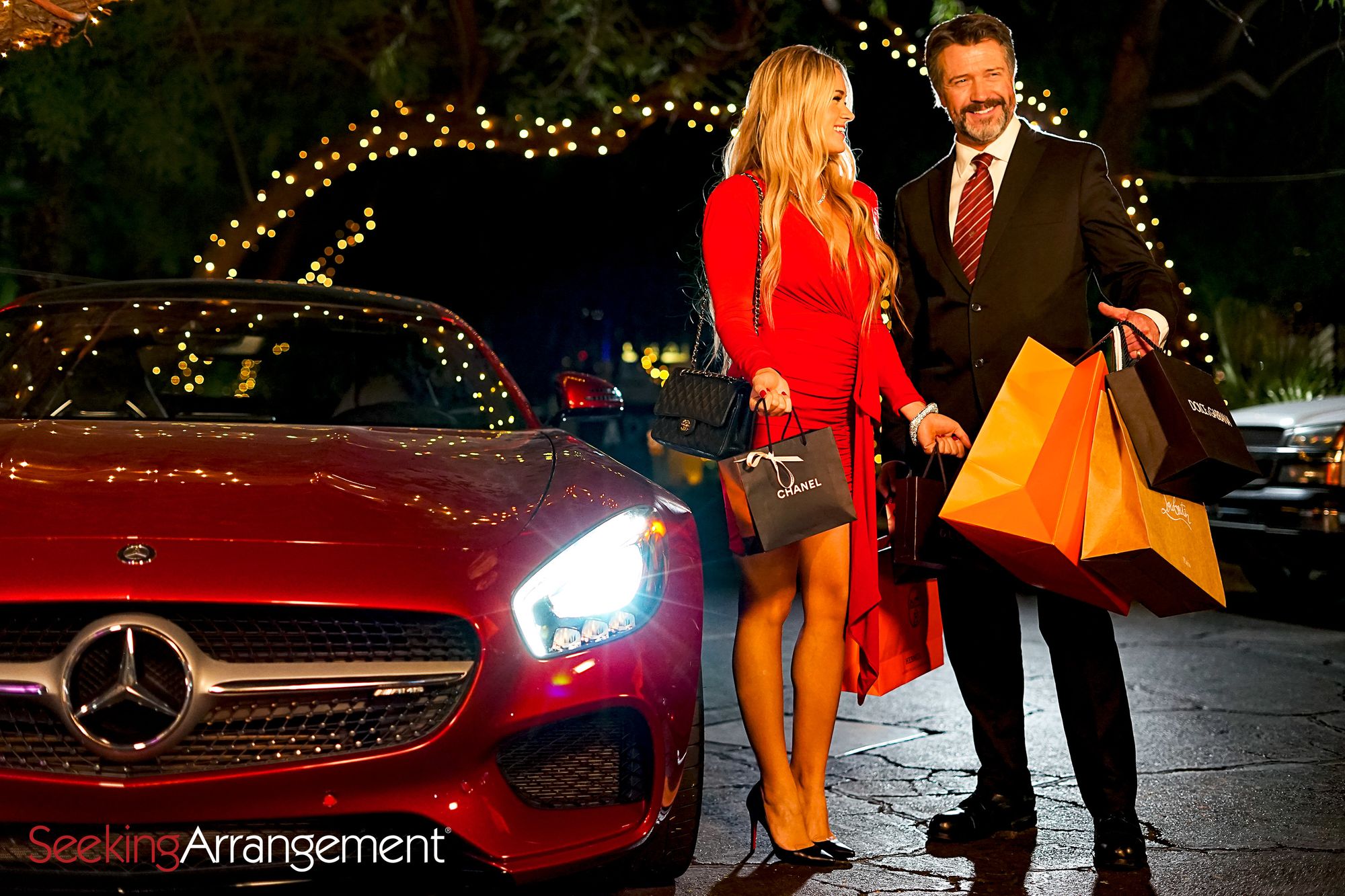 Although 4 per cent may not appear a significant percentage, this could include as many as 70,000 students nationwide based on HESA’s most recent undergraduate count. The survey also found that sugar dating wasn’t the only form of adult work students were trying, with escorting, webcamming and selling photos among the most common.

The company has suggested that a 6.5 per cent interest rate on tuition fees in the UK is ‘enough to stop anyone in their tracks’, leading students to find alternative ways to cover tuition costs. They add that ‘opportunities for mentorship and an expanded network are also enticing’. 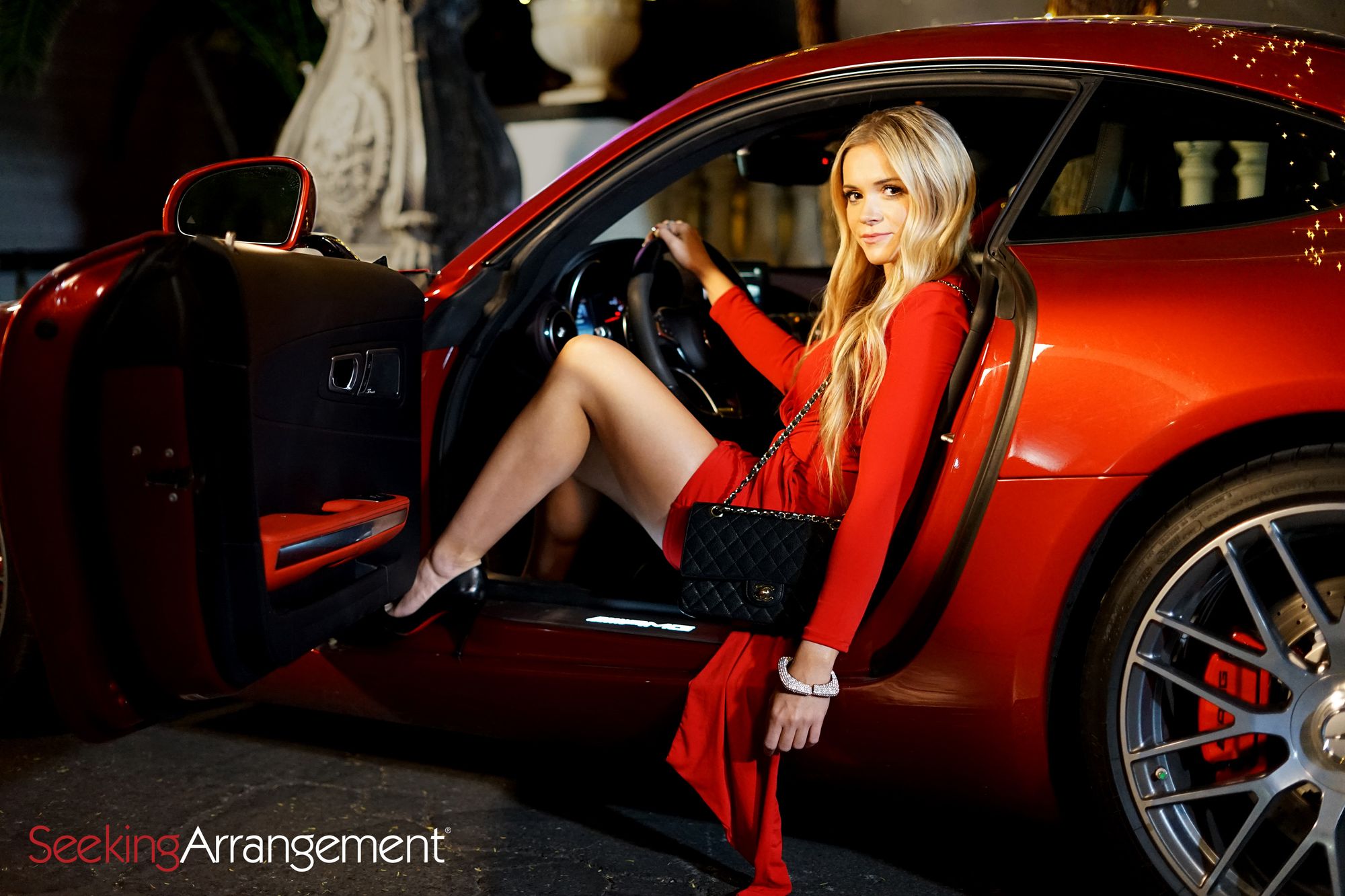 However, some students have told Epigram that the reality of sugar dating differs to the prospect of ‘saying good-bye to student debt and securing a better future’ that Seeking Arrangement advertises.


A study by National Ugly Mugs and NSWP suggests that nearly half of UK sex workers are victims of crime during their adult working. Despite there being a lack of research into the specific risks of being a sugar baby, it is clear that those who choose to exchange sex or intimacy for gifts are potentially vulnerable.

This vulnerability extends outside of physical harm, with students telling Epigram of the impact that sugar dating has had on their mental health. For many, the illusion of a normal relationship was shattered by the constant expectation of sex or intimacy - a far cry from the ‘relationship on your terms’ that SeekingArrangement advertises.

Sugar dating often begins like any ‘normal’ relationship. One student explained to us how ‘at the start, he would put on a record and we would drink wine’. However, by the end of the relationship, she felt as if she was ‘just being used’. The student even went as far as to say ‘you feel like some sort of masturbatory aid’. 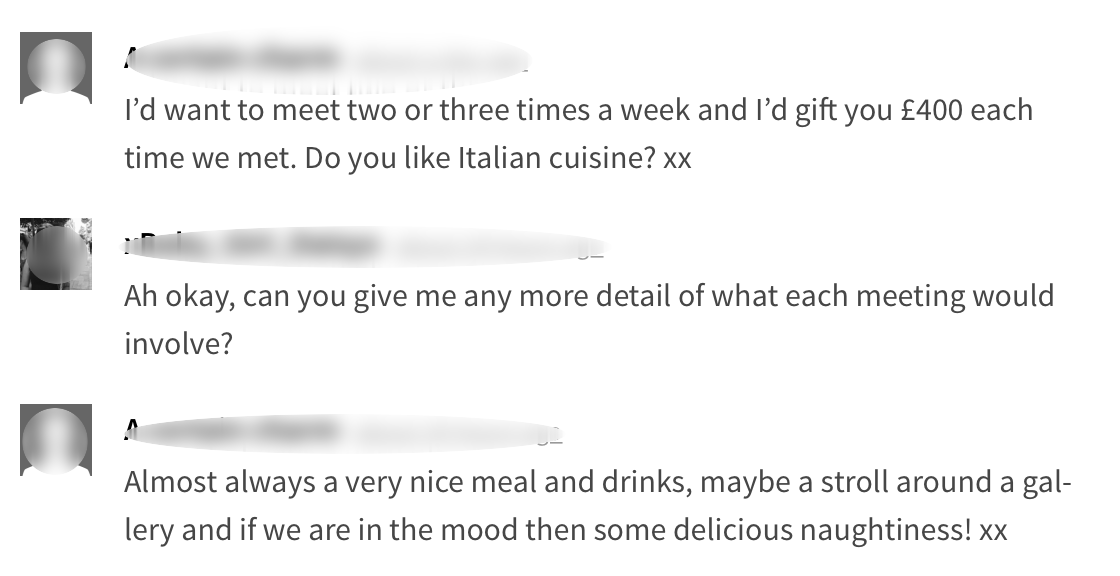 For some, this feeling doesn’t dissipate once they stop adult work. A former student told of how their experiences had ‘affected my mental health a lot’ and that they now ‘regret that I had to turn to doing that just to survive’.

A 2017 study by the University of Leicester concluded that the prevalence of mental health problems among female sex workers was ‘generally high’. Depression and post-traumatic stress disorder were commonly experienced by those who had participated previously in some form of adult work.


Epigram also found that body dysmorphia and self-worth related mental health issues were incredibly prevalent among student Sugar Babies. Reports of showering immediately after meetings and thoughts such as ‘you feel as if your body isn’t your own’ or feeling ‘weird’ or ‘gross’, were prevalent among Bristol students involved with sugar dating.

Sugar dating has a profound effect on students’ relationships both with friends and romantic interests, warping their perception of sex, with one admitting ‘I would get into this mindset that no one would want to hang out with me if I’m not gonna have sex with them’. 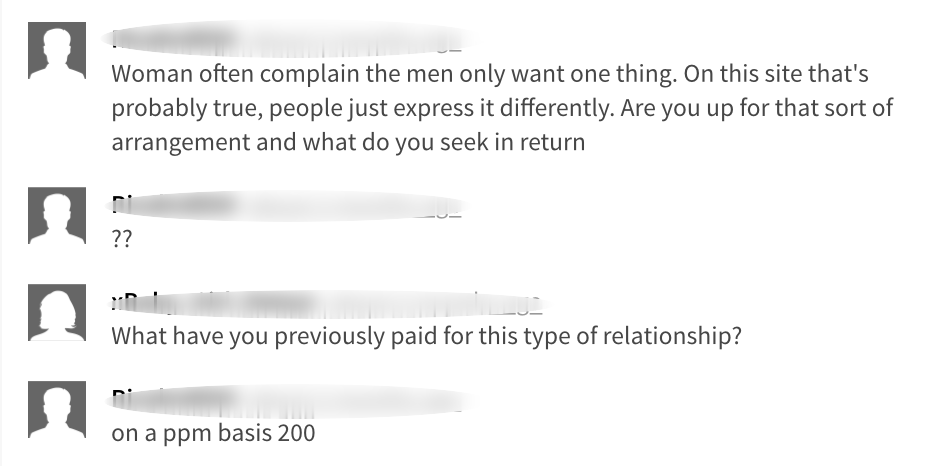 Reflecting on her time on SeekingArrangement, one reporter concluded that even just signing up to the site was ‘a uniquely objectifying experience’. ‘You are putting a price on your self-worth and it felt like I had reduced myself to an online version of a mannequin, standing in a shop window for people to gawk at.’

Considering the safety of those who follow through with offers from ‘generous’ and ‘wealthy’ Sugar Daddies, she added: ‘without a doubt, you are putting yourself in an extremely vulnerable position. There is a reason the men have chosen SeekingArrangement over eHarmony.com and that is to have sex with younger girls.’ This was confirmed by one ‘Sugar Daddy’ who told another reporter, ‘I’d be lying if I didn’t admit that having a very young sugar makes an already exciting experience even hotter’.

Alison Golden-Wright, Deputy Director of Student Services at the University of Bristol, has described the practice of students earning money through the sex industry as ‘of concern.’ She added that the University has ‘a variety of support services available to all students; those facing financial difficulties or any other issues can access non-judgemental support easily and confidentially.’

‘Relevant specialist services include our Student Funding Team, Students’ Health Service and Student Counselling Service. Given the nature of the industry, students may not feel comfortable seeking support from the University. There are specialist external agencies that students can access confidentially, if they would prefer.

‘The University understands financial management is challenging for students, but there are many opportunities for students to work part-time within the University, and we also provide advice about finding part time work elsewhere.'


'There is a reason that men have chosen SeekingArrangement over eHarmony.com and that is to have sex with younger girls'


However, Bristol University students have told us that they have been hesitant in accessing University support as they are scared of the potential consequences of admitting to partaking in sex work. One student admitted that although they had ‘unhealthy’ thoughts surrounding their actions they consistently thought ‘I can’t get help because if I do the ramifications would be worse’. Others said they ‘had no idea if there was any support’ and that they ‘wouldn’t even know where to start looking’. 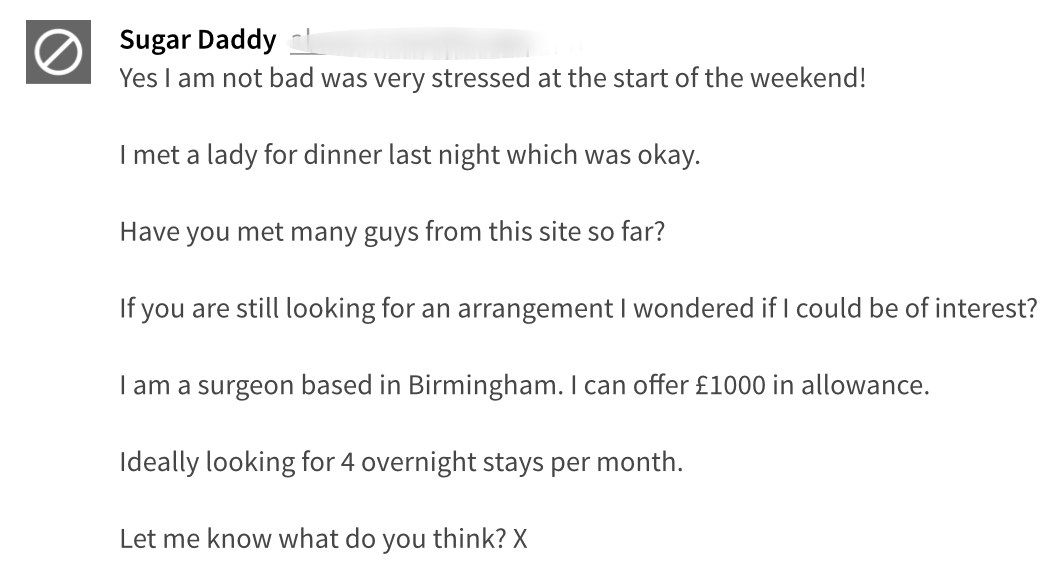 Currently, there are no laws which cover sugar dating specifically. If sex was given in exchange for financial payment as part of sugar dating, it would be legal in England, Scotland and Wales due to being covered by prostitution laws. SeekingArrangement and other sugar dating websites encourage members to continue discussing their arrangements on external messaging services and don’t facilitate payment, which means that they can’t be viewed as digital brothels either.

‘All the students Epigram spoke to cited the potential financial benefit of sugar dating as their main motivation for engaging in adult work. For some, this was extra money for saving on top of other avenues of income, such as bar work or cafe jobs. However, others said they felt as if it were their only choice.

With SeekingArrangement claiming that Sugar Babies can earn as much as £2,730 a month, more than most students could expect to earn from a part time job, sugar dating sells itself as a seemingly easy way to make money quickly.

Having entered university through clearing, a former Bristol student explained how they had ‘no other option’ after their rent for the year totalled more than their maintenance loan. This reliance on money from sugar dating to live can also mean that students are more vulnerable to coercion and pressure.

One student, who was signed up to Seeking Arrangement for three years, explained how they felt that being a student meant that Sugar Daddies were more likely to take advantage of them: ‘they know that you’re hard done by and I think a lot of the time they push their luck because as students we are in a bracket of society that is less likely to say no’.


'SeekingArrangement claims that Sugar Babies can earn as much as £2,730 a month'


Even over SeekingArrangement’s messaging service Epigram’s reporters found that potential Sugar Daddies were impatient and put pressure on them to reply instantly. Some messages were expectant of Sugar Babies to provide a service, rather than form a mutually beneficial relationship, with one reporter being told ‘I’d expect you to travel to me...I believe the first meet should be about you showing me what you have to offer’.

The founder and CEO of SeekingArrangement, Brandon Wade, said ‘Students understand the importance of a degree but with the magnitude of debt that may follow them after graduating, they are being forced to find alternative methods to finance their education.’

He added, ‘Sugar Daddies not only provide financial relief, but mentor these students on how to manage their finances and elevate their typical uni lifestyle.’

Have you tried sugar dating at university?