The Croft Magazine // In Part 2 of Fireworks and Tear Gas our Digital Travel Editor Will Holmes and fellow Bristol student Tom Stone's recount their experience of the yellow vest protest movement that is shaking France on Bastille day.

Scores of demonstrators had gathered on the Champs Élysées. Many were wearing helmets and gas masks and for a good reason: they were here to cause trouble and knew that the CRS would be ready.

The gilets jaunes knocked over metal barriers that had lined the road to create a blockade on the Champs Élysées, as they chanted aggressively at the CRS. Easily baited, the CRS responded by making a tight formation and prepared to fight back.

From where we were standing, curiously watching the developing situation, it had not dawned on us how serious this confrontation would become. If we had, we would have left much earlier.

At that moment, the heavily armed CRS began firing tear gas canisters which landed at the feet of the protestors and innocent tourists and bystanders. Panic instantly ensued.

The police quickly pursued the group of around 30 protestors in that section of the Champs Élysées, violently striking down stragglers and anyone else in their path. It was terrifying to witness, especially whilst in extreme discomfort from the tear gas.

It later became clear that these little raids allowed the CRS to regain more and more territory on the most recognisable street in the capital. Tear gas dispersed the protestors, and the CRS mercilessly chased out the stragglers: an extreme game of cat and mouse.

Whilst we moved away from the violent clashes and the gas, older members of the gilets jaunes shouted their dismay at the situation. 'We are not fighting you, we’re against your masters!' they cried in the direction of the police.  Meanwhile, tourists who wanted to escape the tear gas were caged in shops, peering out of the windows to witness the dramatic display.

Yet, members of the gilets jaunes continued to provoke the CRS: they dragged more barriers into the Champs Élysées, set bins alight and smashed shop windows. This invited the same inevitable response as before: more tear gas fired and more chaos.

Many innocent bystanders were caught up in this vicious cycle of aggression. On one specific occasion, we were cornered by the CRS. We had been standing too close to the gilets jaunes in a routine cat-and-mouse chase. And we weren’t alone - about a dozen other tourists were suddenly close to being smashed by a police baton.

The panic amongst the tourists made the CRS take pity on us and we were allowed to flee the protests. But if you were stood next to a protestor, your fate may well have been different.

Whatever feelings we had before about this movement, it was becoming increasingly difficult to sympathise with their methods anymore. Equally, the police did not help to control the situation, but allowed the aftermath of the Bastille Day processions to turn into street warfare.

The events of Bastille day this year were the mark of a revolutionary movement. The longevity of the movement is the most impressive achievement of the gilets jaunes protest, now spanning 10 months of (almost) weekly protests.

Moreover, its appeal has refracted worldwide, with the Italian Deputy Prime Minister Luigi di Maio meeting the leaders of the gilets jaunes back in February. Nevertheless, despite all the symbolism, no true form of “social engineering” - the words of a member of the gilets jaunes at the Bastille day protests - was at play here. Nor are protests on Bastille Day an unprecedented event. Instead the protests became a dangerous game of cat and mouse.

What is disconcerting (and has been in past protests by the gilets jaunes) is the ferocity of the CRS. This time it was just tear gas and pepper spray that was used on protestors. But on other occasions protestors have lost an eye or a limb in what has been an illegal, but largely peaceful protest.

These protests have underlined some concerning facts about the powers of the French police: France is the only European country that allows their police to use grenades on their citizens.

Nevertheless, the question remains as to whether the French government has really taken heed of the movement’s complaints. The launch of the “Great National Debate”, which saw thousands of town halls opened up for citizens to voice their complaints and concerns to the government, was an excellent communications tactic by the French President.

Its disingenuity, however, has been emphasised by Macron’s response to the debate: he reasserted that his current political agenda was all that is needed to resolve the French people’s problems. But the debate itself worked as a form of concession to “direct democracy”, thus yielding, on the surface, to the gilets jaunes’ wishes.

Ultimately, Macron will have to continue to work hard to ensure his political position. He has already gone from France’s golden hero, to representing the very thing that he aimed to destroy: an elite class of politicians who are deaf to their own people’s complaints.

His radical freshness on the political menu has been replaced the same old disappointments of the old order, with 10 of Macron’s ministers having resigned since the start of his Presidency.

Moreover, the Benalla affair (where Macron’s bodyguard was filmed beating up a young protestor) and the Environment Minister François de Rugy’s recent resignation over his lavish spending in the French Lobster scandal not helping Macron’s image.

It is clear that Bastille day 2019 was not the political revolution that the gilets jaunes would have wanted. But despite claims by the French Prime Minister Edouard Philippe that he heard “nothing” of the protests, the movement certainly made its mark on this year’s celebrations. The message is clear from the gilets jaunes: you cannot ignore us anymore.

Find The Croft Magazine in every copy of Epigram newspaper 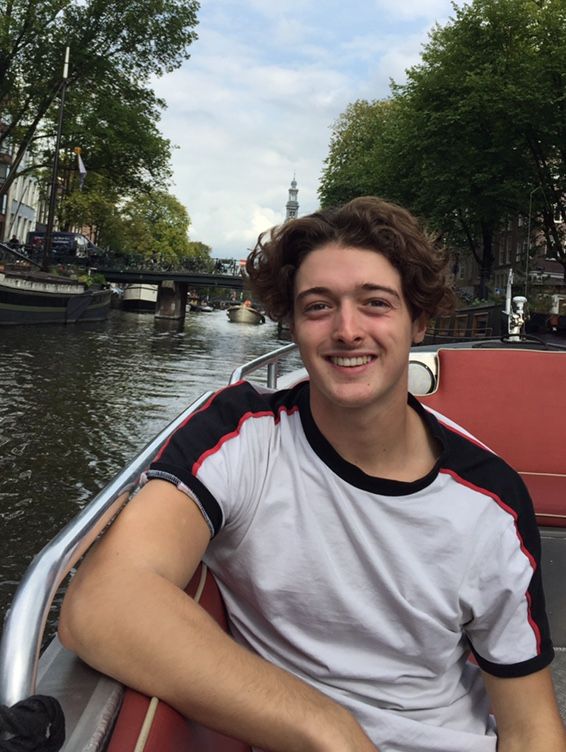