With pitches the shape of the hypotenuse in Pythagoras’ theorem, extra-terrestrial weather conditions and more games in hand than games played, one could be forgiven for thinking that intramural doesn’t mean that much to Bristol’s student community.

Just tell that to the Left Back, wearing short sleeves in January, who crunches into a tackles knee-high before pleading that he got the ball.

Or the utility man, who sacrifices finishing his crucial third-year essay just to get pummelled 7-1 by a team that isn’t even trying.

Or the captain, who rouses the troops at half time with the words ‘we just don't want it enough’ – even though his team never wants it after a few too many jagerbombs on The Triangle.

Intramural stalwarts have even been spotted holding the ball in the corner as if they were playing the last moments of a World Cup Final, rather than the dying minutes of a crucial bottom of the table clash against Hip-Hop society.

And what would intramural be without the once-a-term screamer from the star man, who transitions from king of the messy night to prime Messi.

Thomas Tuchel has recently been advised to show the PSG squad live footage from the Downs so they know what it really means to play for the badge on the front of the shirt.

And when intramural games are cancelled on behalf of the weather, a lack of goalposts, or even unknown ‘technical difficulties’, thousands of students transform from easy-goers to Joan of Arc-esque heroines willing to sacrifice anything to solve the problem themselves.

Intramural football would be nothing, of course, without the Wednesday night socials which keep Chai Pani afloat.

There exists no better method of team bonding than the intramural-curry-Bunker combo: David Brent should have taken note.

Many a third-year team rely on the same spine of their squad since first year – perhaps intramural football is the most loyal league in the world.

Intramural football is a test for any man or team: some would say true greatness can only be achieved once an intramural Varsity fixture against UWE has been won.

So next time you want to judge the true measure of a player just ask yourself: could he do it on a cold Wednesday afternoon on the Downs?

Is there a better version of the beautiful game played anywhere in the wolrd? Let us know your thoughts! 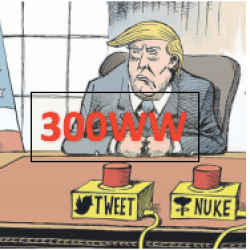 Review/ Mekons play a setlist 'punctuated with old and new'

How women finally have input in their comedic representation