Us is another social horror masterclass from Peele with exceptional acting

Director Jordan Peele follows his breakout hit Get Out (2017) with a haunting exploration of how privilege itself is a form of horror.

Us is an intelligent horror that explores the disconnect created by privilege. It explores how neglecting your ‘true self’ will incite the dangerous and possibly violent aspects of your very being. One may interpret the film as commentary about the nouveau riche of America who often forget those less privileged than themselves. Those who are considered to be beneath them. Those who are considered low class. As a society, America purposely divides and alienates individuals from each other.

Us develops this theme by focusing on a dark-skinned Black middle-class family whose financial status itself affords a certain amount of privilege. Adelaide Wilson (Lupita Nyong’o) and her family travel to their family beach house, close to the scene of a traumatic incident that took place 30 years ago in Santa Cruz. One night, four doppelgängers, dressed in red, show up at her door, forcing them into a fight to survive.

Director Jordan Peele remarked in an interview with Vanity Fair: ‘I want to see a Black family buy a boat. That happens. And we’ve never seen it.’ Though it is a small part of the film, it normalises the idea of a Black family serving as both protagonists and antagonists. 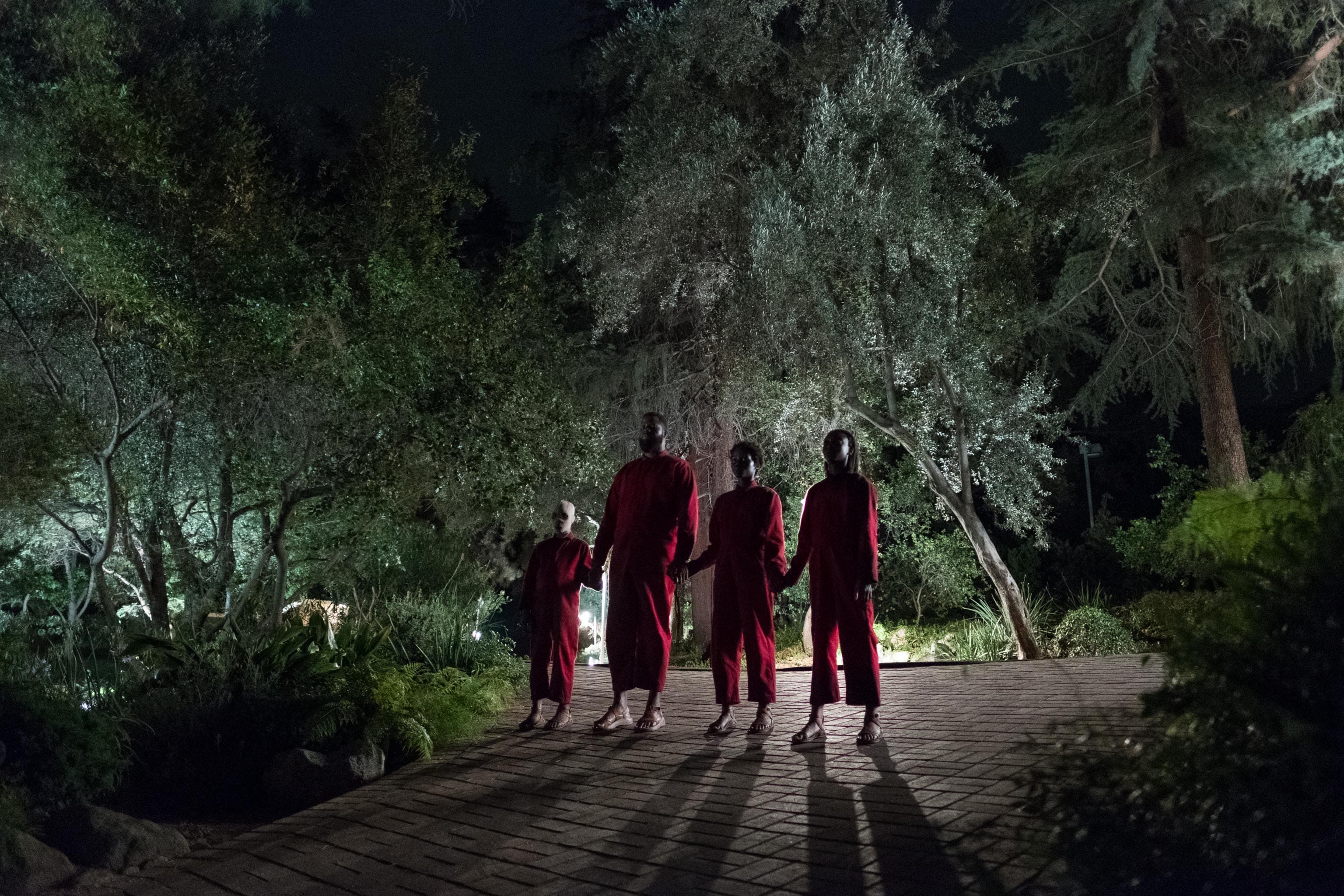 Each actor is captivating in their dual roles. Lupita Nyong’o excels playing the protagonist, Adelaide, and the antagonist, Red, tied to each other by their trauma. Winston Duke provides appropriate comic relief, while Elisabeth Moss shines in one of her finest performances.

There is surely a wider discussion of how America promotes its hedonistic society. The horror is explored through the criticism of how America fails to uphold the idea that hedonism is achievable without the pain of others. Red and the rest of the doppelgängers - the ‘Tethered’ - are the marginalised and forgotten group who exact their violent revenge onto the world above. Each character’s doppelgänger is the unfinished version of themselves.

#Us: Jordan Peele Breaks Down the Political Message Behind His New Film https://t.co/NH0bJ4EgpF pic.twitter.com/ZuNqlZL1KD

Throughout Us, Peele uses foreshadowing and colour to capture the scarcity and anxiety of the film, and to illustrate the horror of social privilege. The colour red, in particular, is important: Adelaide’s double is called Red; the Tethered themselves are clad in red jumpsuits. It’s a fitting colour - red brings to mind both danger and rebellion. The Tethered are those who rebel, rising up from their world underground and causing anarchy in our world.

The bible verse Jeremiah 11.11, a recurring motif in Us, describes how evil will be unleashed and it will be inescapable: ‘Therefore thus saith the Lord, Behold, I will bring evil upon them, which they shall not be able to escape; and though they shall cry unto me, I will not hearken unto them.’ The inescapable evil are the Tethered who have taken over America by holding hands across America. Their behaviour mirrors some of the ‘seven deadly sins’ of their originals such as gluttony, pride, greed and envy. 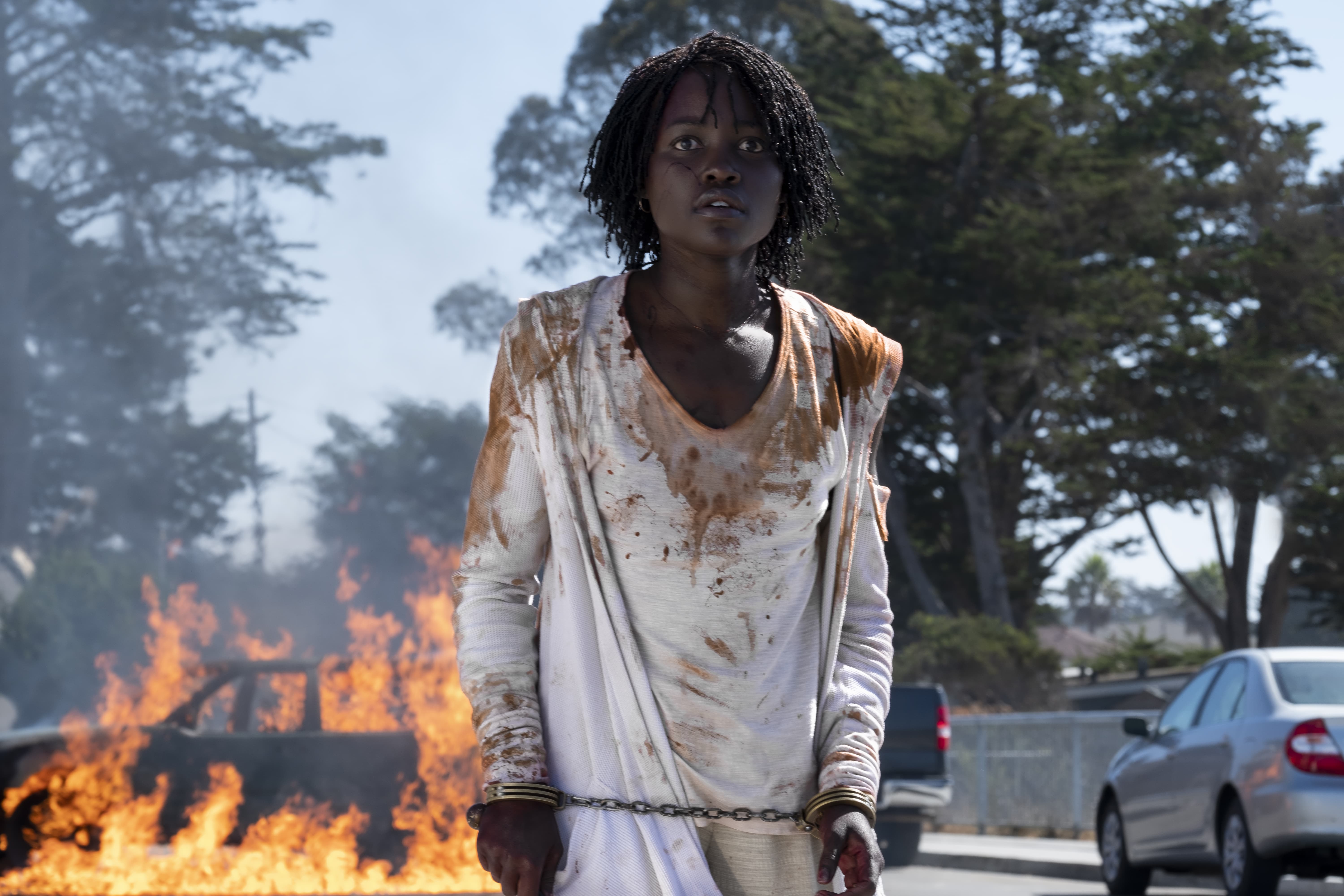 Peele has taken elements from classic horrors and thrillers such as Halloween (1978), Poltergeist (1982) and even The Lost Boys (1987) and crafted a truly memorable modern horror that attacks the trauma at the heart of societal privilege.

Us is showing at Watershed until 4 April.

What are your favourite theories to the deeper meanings of Us?

Underrated destinations to visit this Easter

Interview/ In conversation with Dave Keuning