The show follows the lives of the members of the Umbrella Academy, seven children who were born on the same day across the world, when none of their mothers had been pregnant at the day’s beginning. The children were adopted by eccentric millionaire Sir Reginald Hargreaves, and six of the children went on to demonstrate exceptional abilities, ranging from super strength and communicating with the dead to space travel and manipulation.

Now in their mid-thirties, Number Five has been missing for over a decade and Number Six has died in a manner undisclosed at the series’ opening. The first episode opens on the remaining five’s reunion at their adoptive father’s funeral, which of course causes innumerable tensions and distress. Number Seven (Ellen Page) is a violin teacher with longstanding issues caused by their father’s neglect - she displayed no special powers, so was either left out of the group or used as his secretary.

Scattered with upbeat and engaging flashbacks, utilising every angle known to cameras, and with a soundtrack drowning in recognisable tunes and royalty-heavy beats, the show is gripping from start to finish. Leaning on trademark Netflix styles, the show is aesthetically reminiscent of A Series of Unfortunate Events (2017-19) in its use of colour, vast expansive spaces, and empathetic mise-en-scene, equally dreary as its characters.

With a robotic mother, humanely conscious chimp butler, and decades of family dysfunction to navigate, the show is grounded on two strong feet in the fantasy camp. Featuring household names like Page and Mary J. Blige, the show also introduces strong contenders for new Netflix favourites, like fifteen-year-old Aidan Gallagher, who brings an adult wit and scathing charm to Number Five. 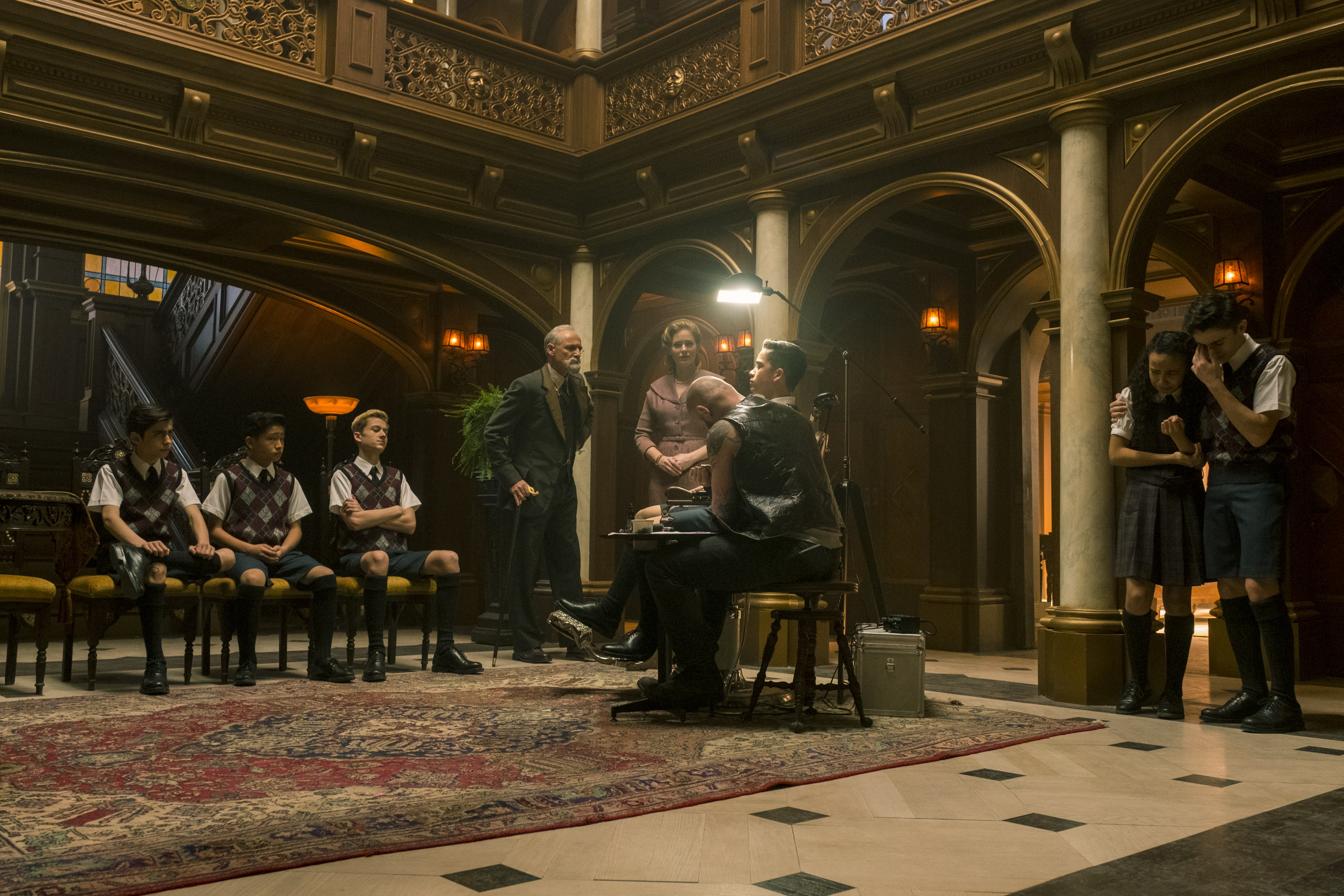 Wildly reminiscent of one of my favourite shows, Dark Angel (2000-02), in that it follows a group of children (now adults) put together in extraordinary circumstances with unseen powers and potential, I am perhaps somewhat biased towards the content. With tastes of Lemony Snicket'sd darkly funny quips and a peripheral tragedy to every chuckle, I am clearly drawn to the show’s style. However, you do not have to be a subscribed member of my inner psyche to enjoy this rollercoaster ride.

The Umbrella Academy manages to masterfully strike the balance between fun superhero stunts and sci-fi logic, the tragedy and heartbreak of a classic drama, and the pedal-to-the-metal speed and velocity of an action series. The show’s roots in the comic book world are evident in its viscerality, you can practically feel the ‘BOOM’, ‘BANG’, and ‘WALLOP’s flying off the screen. The brainchild of My Chemical Romance frontman Gerard Way, the comic was conceived in the Black Parade days and has taken a full decade to make it to the screen. 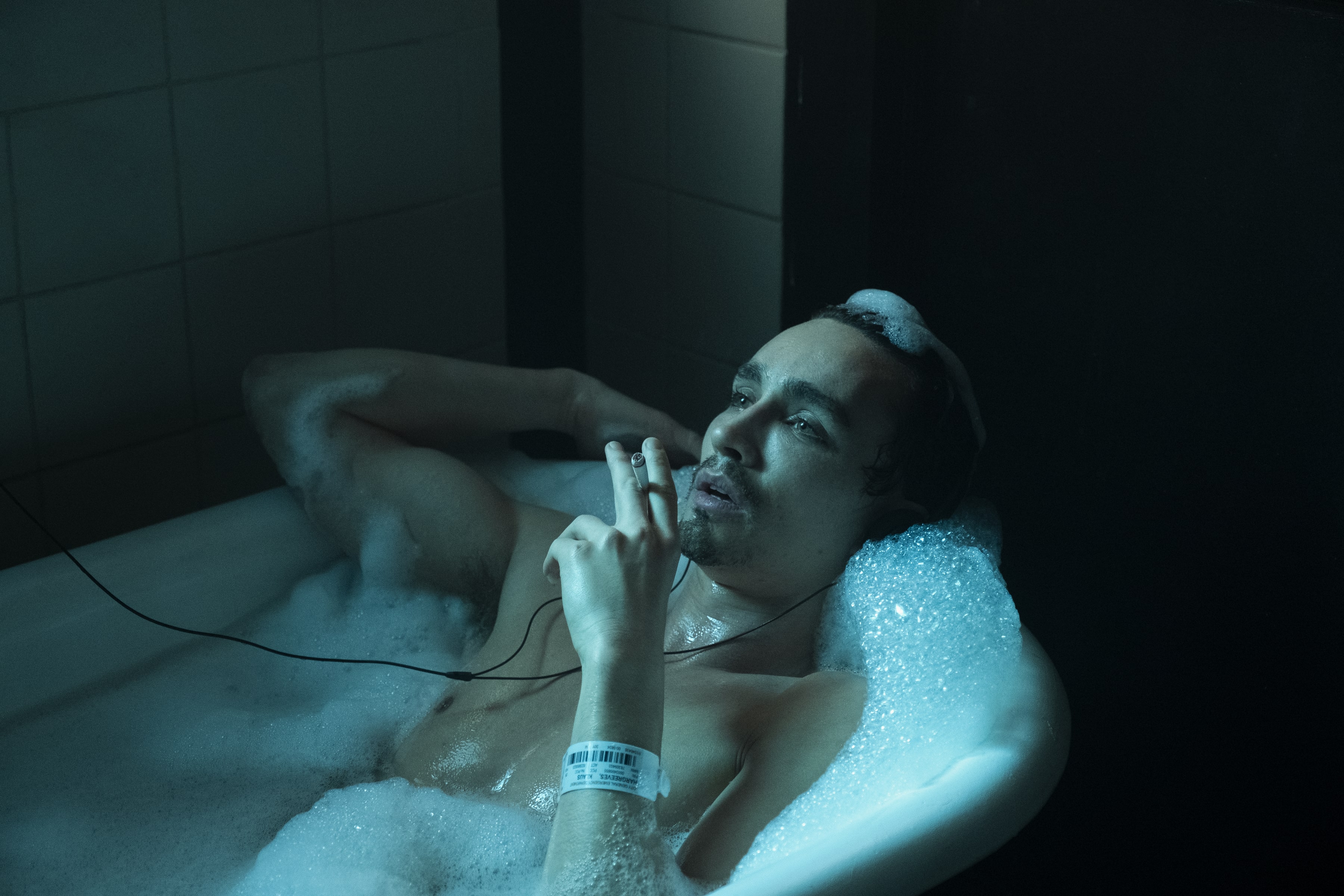 The primary cast complement each other, each bolstering the family’s credibility, and bringing the recognisable interactions of wearied siblings. Featuring Misfits (2009-13) fan favourite Robert Sheehan donning a passable American accent, there are some happy recognitions of faces otherwise fallen slightly off the map. (Incidentally, Sheehan’s character has the powers of a medium, in cahoots with the dead. What is it with this man and not leaving death well enough alone?)

Musically, the show is one of Netflix’s strongest. Adam Ant’s ‘Goody Two Shoes’ howls over a montage of Klaus (Sheehan) stealing priceless family heirlooms, Tiffany’s ‘I Think We’re Alone Now’ unites the household in a doll’s house cutaway view of the inner-city terraced mansion, and ‘Never Tear Us Apart’ serenades the dramatic conclusion and big reveal closing Episode Three. With Toro Y Moi, Queen, The Yardbirds, The Kinks, Sex Pistols and Toploader as just a few mentionable names in the soundtrack, the show is a music lover’s wet dream.

waiting for the real confirmation of the second season of Umbrella Academy pic.twitter.com/pZ4yfMSMie

Without giving too much away, Netflix’s The Umbrella Academy will make you laugh, gasp, and cry. With a fair helping of eye candy, a stellar script, and a plot worthy of more hype, I am looking forward to the day the news of the show’s renewal for a second series is confirmed, and not just an unfairly over-exciting rumour.

Does The Umbrella Academy add something different to the huge catalogue of superhero adaptations on screen?

Final year stress: what do you do after you graduate?

Motion forced to apologise after ‘hundreds’ blocked from seeing act