The second event of Rebel Film Festival’s Sunday screening is a showcase of four short documentaries, aptly labelled ‘The Underdogs’.

Distilled to their purest narrative, the documentaries are strong and simple. Each is an instance of the repressed and downtrodden overcoming the establishment. The documentaries highlight situations where power is abused, and where supposedly trusted institutions and individuals manipulate their position to attain wealth or to avoid responsibility.

Though less than three minutes long, Lotte Reiniger: The Unsung Hero of Early Animation (dir. Anna Humphries) is informative and memorable. The short is a tribute to a forgotten pioneer of animated art, the late and great Lotte Reiniger. Despite her work on the development of the first multiplane camera - which she used in various animations during the 1920s - Walt Disney would later come to patent the technology in 1933, after developing a more sophisticated form of the machine. Consequently, the name Reiniger is an imperceptible stroke on the canvas of public memory; with names like Hayao Miyazaki, Max Fleischer and, of course, Walt Disney himself, shining most brightly. Reiniger, however, anticipated these figures by decades and produced numerous, beautiful fairy-tale animations.

The other documentaries are more substantial, my personal favourite being Molly Manning Walker’s Not With Fire; But With Paint. This tells the harrowing story of teenager Diego Beccara’s death at the hands of the brutal and corrupt Colombian police force. This murder was for the victimless crime of spray-painting a decrepit alley.

The documentary capitalises on the vibrancy of the city with long, elegant drone shots, punctuated with flashes of the city’s famous street art. In this sense the filmmakers have done a stunning job of capturing the injustice of the crime: Beccara and others like him provide Bogotá with its soul, while the police’s violent crackdown on street art is testament to the establishment’s lack of character and disregard for the lives of those at the bottom. 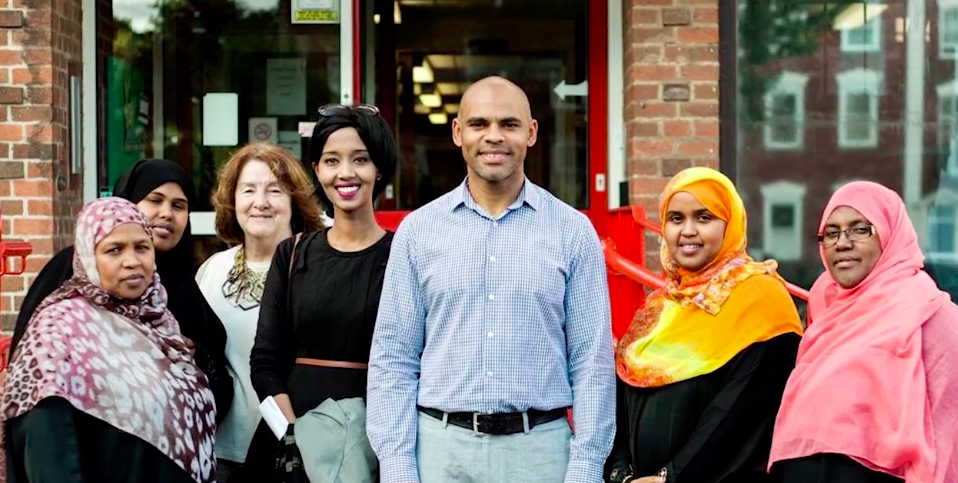 Also featuring is Reaching for Greatness (dir. Imani Walker), a documentary on Europe’s first elected mayor of Afro-Caribbean descent: Bristol’s very own Marvin Rees. Though less impressive than Not With Fire; But With Paint - clearly they were working with a lower budget - it shines at certain points. The footage of Marvin as a child playing in the streets of St Paul’s provides great context to the point that he has overcome poverty and racism; unkempt parks and a ghettoised city, Rees’ neighbourhood being mostly black.

A small issue I have with Reaching For Greatness, however, is its lamentation over Rees being criticised on Twitter and during council meetings. Though Rees has had to overcome more challenges than most of his peers, this fact shouldn’t be used to deflect criticism aimed at him, especially by members of the public. Those wielding political power should be questioned, regardless of how respectable they are.

The Norwegian film Something Happened at Work (dir. Vidar Tevasvold Aune) provides a refreshing dose of the whimsical and surreal to the collection of films. This is the only fictional piece of the series, telling the tale of an unassuming shop assistant tasked with managing a desolate service station while his boss goes to collect car parts.

The cinematography is interesting, the atmosphere somehow more reminiscent of a backwards Arkansas town rather than a village in Norway. The colours are warm, with sunny skies, dusty trodden paths and a cluttered, decrepit petrol station. Added to this, the policeman fulfills an Officer Barbrady/Chief Wiggum American cop stereotype; armed with a handgun and an adorably ineffective pooch.

The short is essentially a farce, featuring a jaded damsel-in-distress, a lethargic policeman, a violent ex-husband, and a bloodthirsty goat (my personal favourite). The moments which shine for me are the darkest: for instance, the goat devouring the limbs of an innocent bystander. The film flips back and forth in comedic style, however, with many pantomime style gaffs and cheesy jokes.

All in all, ‘The Underdogs’ jabs the powerful and praises the downtrodden, though does so without cliché. Each film has substantial character, and leaves the viewer with a fresh perspective on how power can be abused.

'The Underdogs' was showed at Rebel Film Festival on February 24.

Do you know the backstory of Bristol's Mayor Marvin Rees?