Deputy Wellbeing Editor interviews the DJs working to raise mental health awareness at Blue Mountain on the 13th of February: Right Mind. Here's what you need to know.

Hey guys, give me a rundown of the night
'The event is called ‘Right Mind’ at Blue Mountain on Feb 13th, we have a really talented mix of local, and a few student DJs, lined up. This includes Ian DPM & the Midnight Shift Collective, A-bee, Jurango, Yushh b2b Tramma, Alya L, Doug Norman b2b Perla, Floor Function residents & Lost FM. There will be a range of stuff including house, techno, garage, electro, breaks and Baltimore/club.'

All the money we raise will be going to Bristol Mind, a mental health charity that provides a massive range of support from support groups to helplines, to people in and around Bristol. They also work incredibly hard to raise awareness of the issues and help fight the stigma.

Why have you guys decided to do this?
'Well both of us personally, and people we know, have suffered from mental health issues over the last few years. There were definitely times it felt like there wasn't much out there to help either. But this really isn't the case as Mind has been working hard for years but like all charities, they rely on public help to raise funds and awareness of what they are doing.
Music has always been one of the best ways to escape some of the issues that may be wearing me down, so helping the cause by putting on a club night seemed like a no-brainer. As well as raising as much money as we can, we are trying to raise awareness of Mind and mental health as a whole, we hope more events like this can reduce the stigma associated with the issue.' 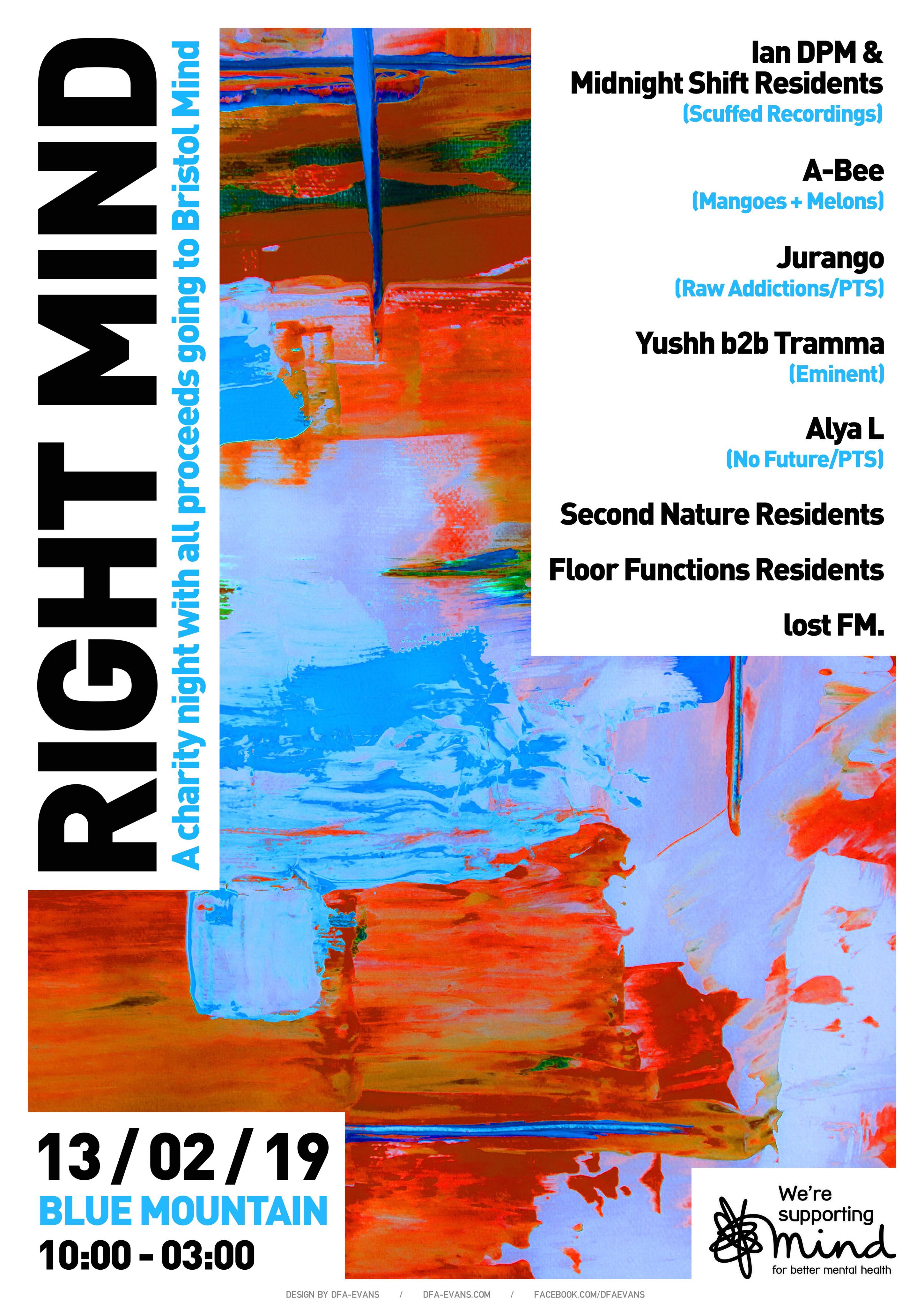 Why not just 'Student Mind'?
'Obviously, student mental health is a massive issue right now, the issue isn't just affecting students. As we have a range of Bristol DJ’s playing, not just students, it felt more appropriate to raise the money for Bristol Mind who can use it to help the whole city. We also think it would be good if there was less of a separation between students and locals.'

We also think it would be good if there was less of a separation between students and locals.

So you guys are doing it in Blue Mountain, which closes at the end of February. How do you guys feel about that?
'It is a bit of a legendary club in the Bristol music scene and has played an important role in the development of the cities club and music culture. It is exciting to get the opportunity to put a night on there and join the impressive list of DJ’s to have performed at the venue, and an honor to be doing it for such a great cause.  We were really lucky to be able to get the date so close to the venue closing, as venue availability in Bristol is always a struggle for anyone looking to put a night on.
It is a big club which means there is the potential to raise a really good amount of money for Mind and really make a difference.'

'We also think it’s concerning. In our time in the city we’ve seen a few venues closures and Bristol’s nightlife suffers. Lakota is also closing its doors soon. It’s an issue that’s happening all over the country, not just in London. Obviously, it was great to see the support of Fabric a few years ago but this happens all the time across the country. On the other hand, the closure of Blue Mountain could provide room and incentive for promoters to explore venues and look into new spots around the city. There is such a range of events going on but sometimes it feels like there’s only a small handful of venues, especially in terms of smaller spaces. Stokes Croft has almost become a clubbing strip. Regardless, it’s sad to see it go and hopefully there won’t be any more closures any time soon.'

How can people get tickets?
'Tickets are up on headfirst. Early bird's have sold out but general release are £4 and it will be £5 on the door.'

If you want to know more about this event, click here.

NEXT
one sidebarcarouselfeatured topsport
Feb 07, 2019