'If you're angry about Brexit, do something about it' - An interview with SU Officer Sally Patterson

Having launched the SU's People's Vote campaign by taking a coach full of students to London's rally in March, ELA Officer Sally Patterson has been at the forefront of the student campaign against Brexit.

But why is the SU campaigning so actively for a People's Vote? Should a student union be so involved in politics, or should they take a neutral stance? Sally strongly believes that this is exactly what the SU must be doing, given they have a mandate from students at the SU's Annual Members Meeting to challenge this new direction our country is headed.

'An SU is a democratic structure', she said. 'The officer's are voted in on their own campaigns and policies, but they are also voted in to uphold the mandate that is set for them at AMM and at Student Council. We have an active policy which is about combating Brexit. I believe passionately that if this is something students tell us they care about, they want policy on and they want us to be active on then that is what we need to do.'

'This is not a radical decision. This comes directly from a mandate that we have been given from the students. If people don't like policy we are acting on, I would encourage them to come to our democratic meetings and change them.' 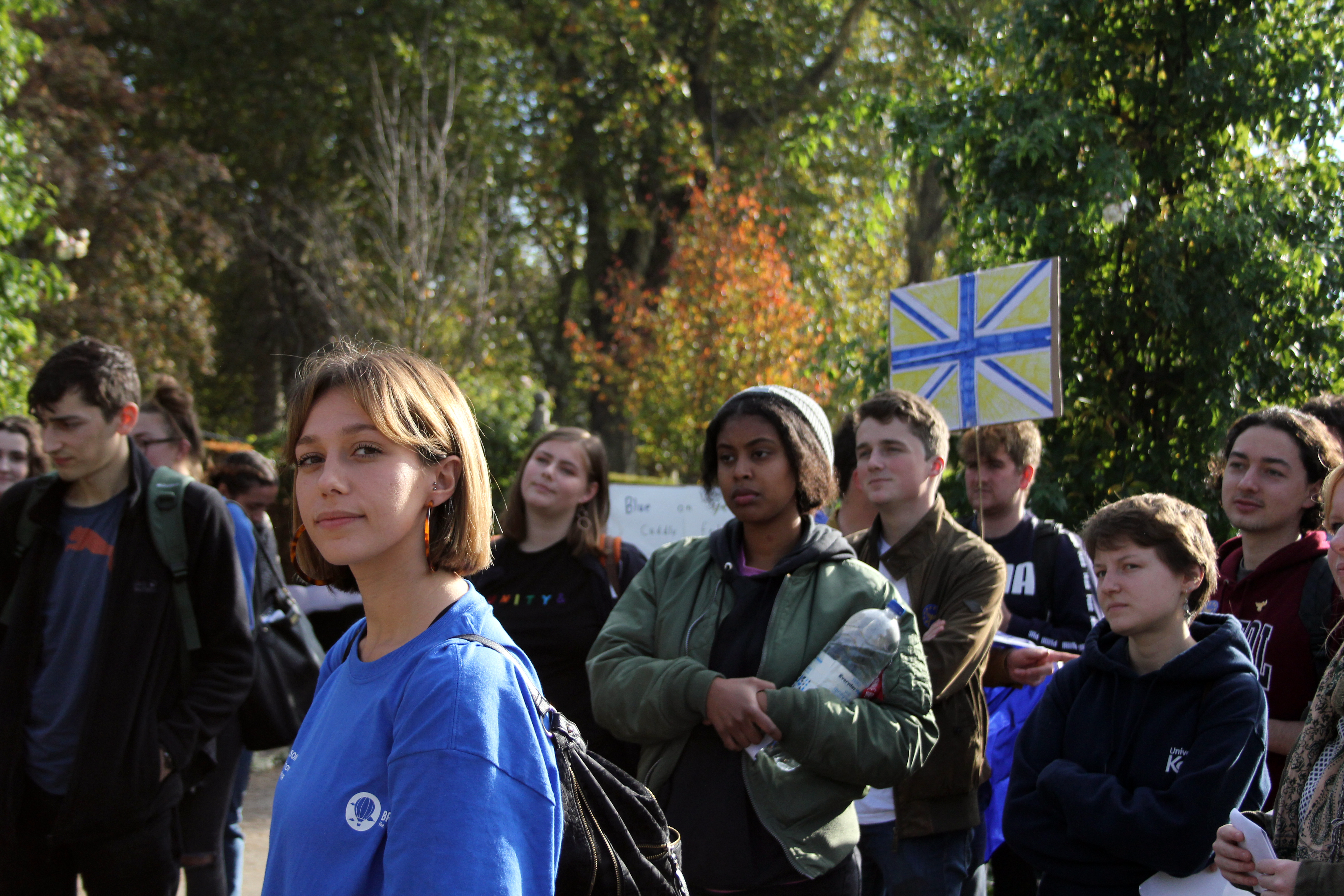 She dismisses calls that a second vote would be undemocratic, arguing instead that 'this is democracy. Democracy is people saying they want something, government going forward and seeing if they can make that happen, coming back and showing the people what that means.'

Given the recent defeat of Theresa May's deal by 230 votes, Sally noted that the only option now seems to be no deal - something that she laments would be 'devastating' for the country. A People's Vote, with options of Remain, No Deal, and possible a third option such as finding a new deal, is therefore the only way out of the 'political gridlock' that our democracy has found itself in.

'There is this misguided idea that no deal just means we'll be in a position of power to negotiate whatever we want - I think people really overestimate the influence and power and prestige of the UK.'

Those who are against this outcome or against Brexit in its entirety should not just sit back because that's what 'the people', by a small majority, voted for in 2016, she said. 'It's defeatist. If you're angry about Brexit, do something about it.'

Sally expressed an urgency with which our country must avoid a no deal Brexit, which 'would be absolutely devastating for everyone involved. There is no situation where the UK leaves with no deal and we end up in a better place than where we are now. There is this misguided idea that no deal just means we'll be in a position of power to negotiate whatever we want - I think people really overestimate the influence and power and prestige of the UK.

'We weren't promised no deal - yes, there wasn't a tangible option but the connotations of no deal is definitely not what was promised in 2016.' Regardless of what was promised in 2016, however, the referendum has left our country bitterly divided. Indeed, Patterson admits that she shares concerns that a second referendum risks further division to a nation in need of healing.

But this should not be a reason against a second referendum; if, Sally said, we allowed this fear to control everything we do, 'society would never progress.

'There are always going to be a big group of people who don't agree with what you want to do, but if you think this is something that will better the country then you must find a way to manage and deal with the backlash, instead of not doing it in fear of the backlash'.

Criticising both sides of the Brexit debate, Sally urged that the way to manage the backlash is to have 'real meaningful discussion with the other side', something that she hasn't seen any of in this debate. She urges campaigners to engage with those who voted Brexit, or those who are against a People's Vote, and to genuinely understand where they are coming from.

'There are students here who voted leave and still want to leave', she added. 'We need to engage with them and I would encourage them to engage with the campaign because that is how we make meaningful change, by communicating with each other.' 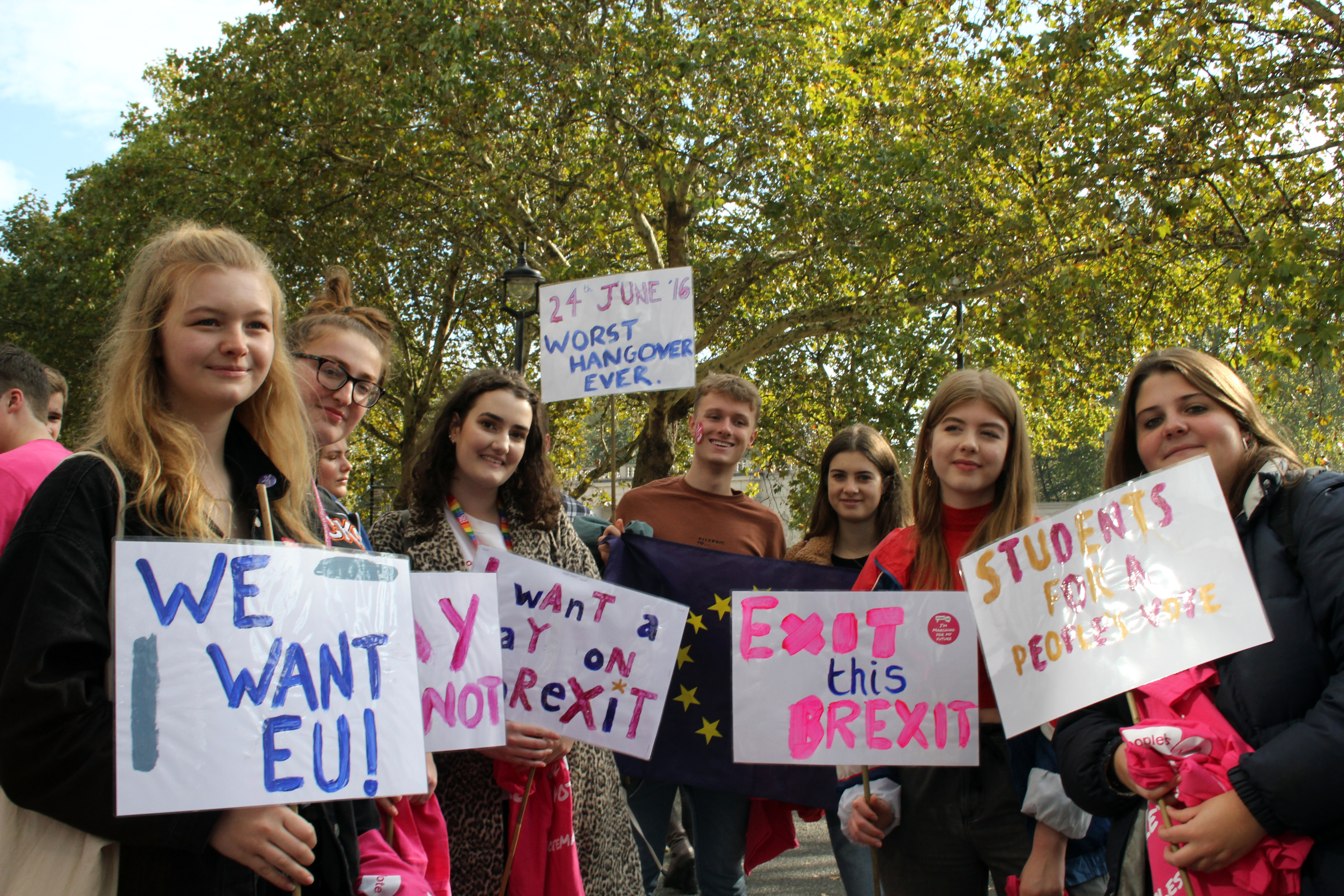 The SU have so far organised numerous events campaigning for a second referendum, including setting up the Bristol SU People's Vote Steering Group who meet up regularly. Before Christmas, they had regular stalls on campus where students wrote postcards and over 100 letters to MPs, and they had a Q&A with Thangam Debbonaire.

Events like this, according to Sally, prove that the campaign is more than just a People's Vote, but is about understanding the numerous different perspectives within this very complex political issue. 'It is so important that students are engaging with out local MPs and local democratic structures', she said, 'but also Thangam is currently not in favour of a People's Vote so things like this event completely undermine calls that we are just doing stuff around a People's Vote or we're not looking at Brexit in a wider picture. What we wanted to do was hear from our MP what was going on in parliament, what the situation was and what she thought would be best.'

Research from the SU shows that not only EU students but all international students are feeling particularly vulnerable and alienated following the Brexit vote.

The SU has also been giving clarity for EU students, who Sally says are 'the most vulnerable in this whole mess'. A legal body, for instance, provided students with legal advice about the current position, as well as informing them of what they can be doing and where they should go for further advice.

Research from the SU shows that not only EU students but all international students are feeling particularly vulnerable and alienated following the Brexit vote. Some have even expressed that they are unsure if they are still welcome here and feel that they are not part of the student body here. Sally says that we 'can't ignore' the students who are saying this, especially when the university has a significant number of international students.

What do you think about a People's Vote? Let us know...

Bristol in BUCS: a mid-season recap