The Golden Globes failed to make true progress, despite their supposedly diverse nominations

The awards ceremony on January 7 claimed to celebrate a diverse group of people but, once again, proved how much more needs to be done ahead of the Oscars on February 24.

At this year’s Golden Globes, Regina King won ‘Best Performance by an Actress in a Supporting Role in a Motion Picture’, and promised in her speech: ‘In the next two years [...] everything that I produce, is [going to be] 50 per cent women’. King, who is also favourite to win an Oscar for her role in If Beale Street Could Talk, discussed the importance of women’s stories and lives being portrayed and represented in film. This influence does not only come from the recent #MeToo and Time’s Up movements, but also how Hollywood is still predominantly white and male. Thus, there needs to be a change.

From her speech, it is important to understand the significance of her win. Women need to be much more than secondary characters, and there also needs to be on-screen celebrations of their freedom, rather than only showing their struggles. The Globe nominated films for ‘Best Motion Picture - Musical or Comedy’ include The Favourite and Crazy Rich Asians, which both focus on leading women in their prime. The Favourite is a historical satire with three leading women, and is a celebration of the talented actresses Olivia Colman, Rachel Weisz, and Emma Stone.

It comes at a time when women cannot be a pawn anymore in the industry. Filmmakers and producers need to provide opportunities for other women to be given the platform. As a Black woman, who has acted professionally for over two decades, it took Regina King till now to receive major recognition for her work in film. As fantastic as this is for female representation, the Golden Globes ceremony this year still failed to progress in representing people of other backgrounds. 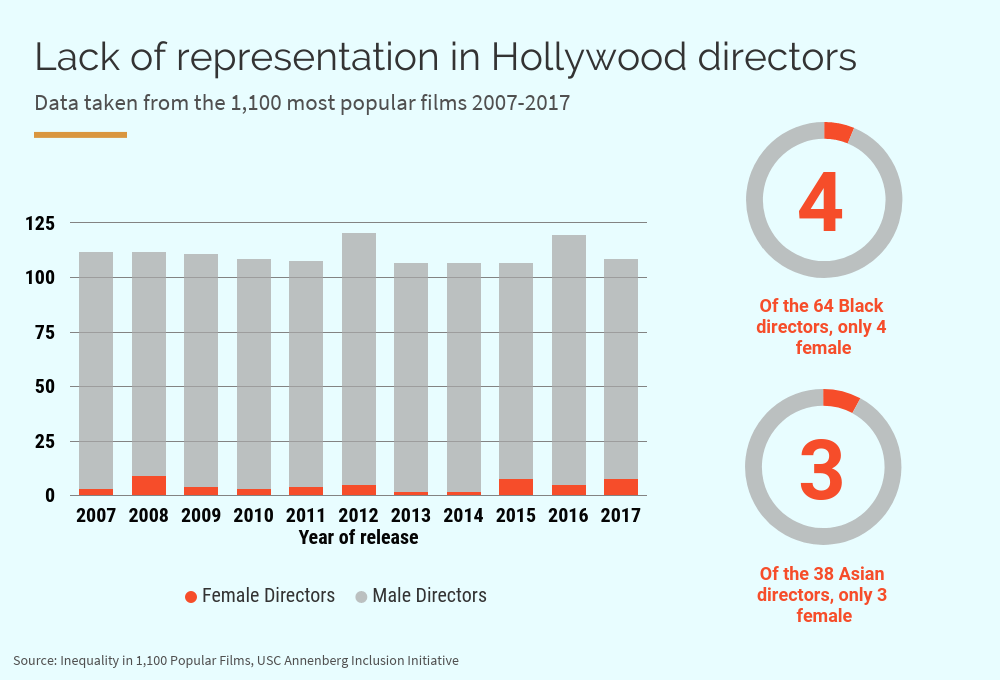 The USC Annenberg Inclusion Initiative have presented the numbers in their research. In the top 100 films of 2017, 70.7 per cent of all speaking characters were white. The same white male dominance is found behind the camera. 1,223 directors worked on Hollywood’s most popular films between 2007 and 2017, yet only four were Black women.

A common trend to be aware of is that it is more likely for a Black actor to win an Oscar for a supporting role, than in a leading role. Compared to the 70.7 per cent of white characters, only 12.1 per cent of speaking characters were Black. That’s important. While fans should celebrate the wins of Regina King and Mahershala Ali, there still more which needs to be done.

Out of 80 actors who have received an Academy Award for ‘Best Actor’, the only Black actors to have won are Sidney Poitier, Denzel Washington, Jamie Foxx and Forest Whitaker. Five Black actors, out of 74 winners in total, have won ‘Best Supporting Actor’. The trend is even clearer for Black actresses. 75 actresses have received the ‘Best Actress’ prize since 1929, yet Halle Berry remains the only Black recipient in 2002 for her role in Monster’s Ball. However, seven Black actresses have won ‘Best Supporting Actress’, including Viola Davis in 2017, in what was arguably a leading role for Fences.

Crazy Rich Asians, highly acclaimed by both critics and audiences, was nominated for two Golden Globes but, ultimately, collected none. The same goes to BlacKkKlansman, If Beale Street Could Talk, and even Black Panther - all received multiple nominations without winning (minus Regina King’s individual prize). These four films go beyond focusing on the struggle and trauma of ethnic minorities and celebrate their culture and lifestyles. It is a shame that they missed out at the ceremony as it shocked the Hollywood hierarchy to see them do exceptionally well at the Box Office. 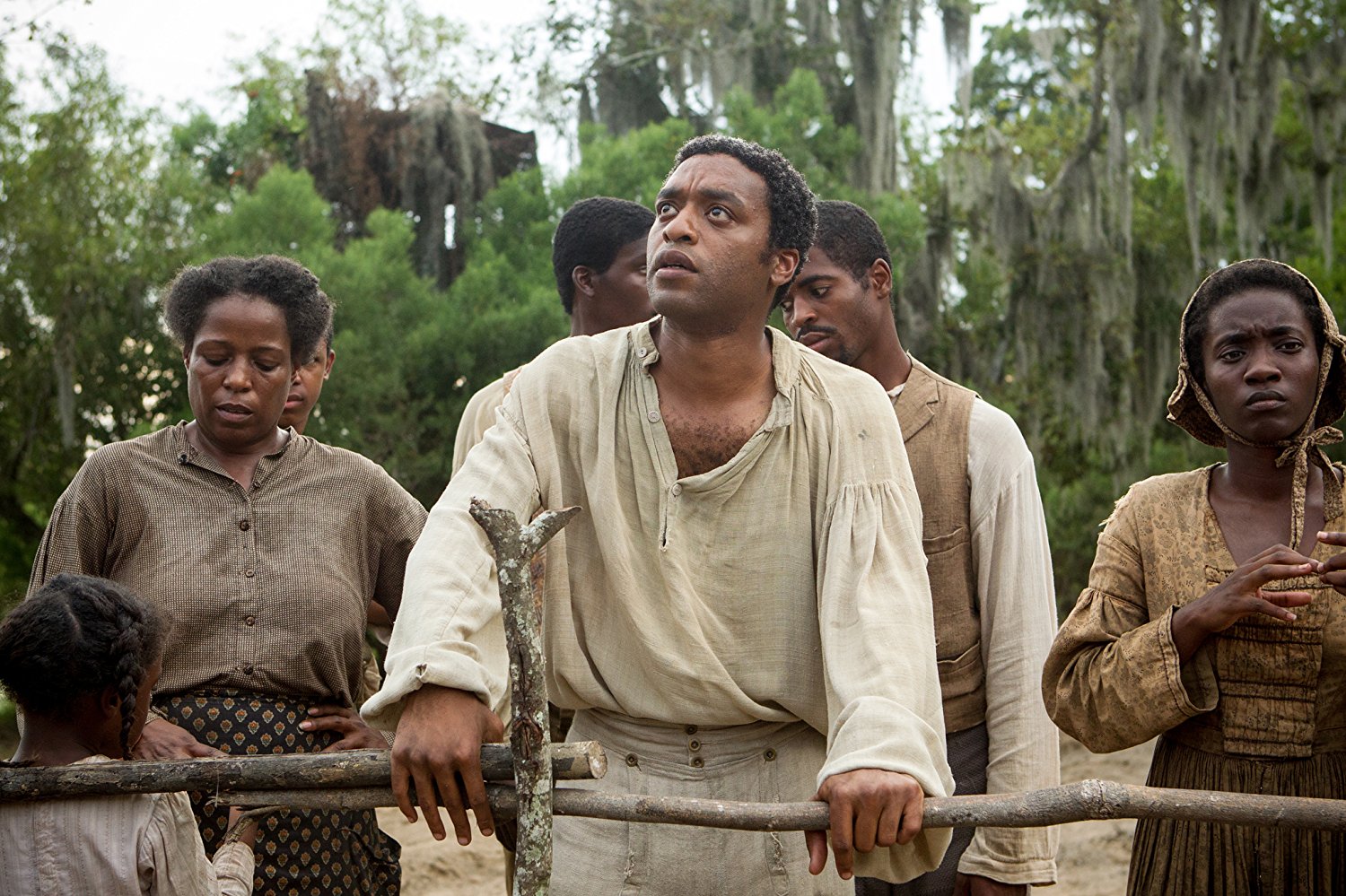 IMDb / 12 Years A Slave / Entertainment One

Previous winners of the ‘Best Picture’ award with underrepresented ethnicities all tend to focus on slavery or struggles regarding Civil Rights. Examples such as 12 Years A Slave (2013), The Colour Purple (1985), and Precious (2009), have won major award at the Oscars or Globes but films which focus on subjects other than racism have been unable to secure award victories. It should not be the case that the only non-white films to win awards focus on trauma.

It feels like the minority ethnicity films nominated at the Globes this year were part of a checkbox exercise for diversity in the nominations. This seems especially true given the controversy surrounding some of the winning films.

Green Book won ‘Best Picture – Comedy or Musical’ and has shocked people who value diversity. The film is about a working class Italian-American bouncer-turned-driver who takes a job driving an African-American classical pianist on a tour through the Southern states of America in 1962. It is evident from the tale in context, that it is dealing with racial issues, yet the film seems to frame the perspective for a white liberal audience being rewarded for understanding Black struggles of the 1960s. 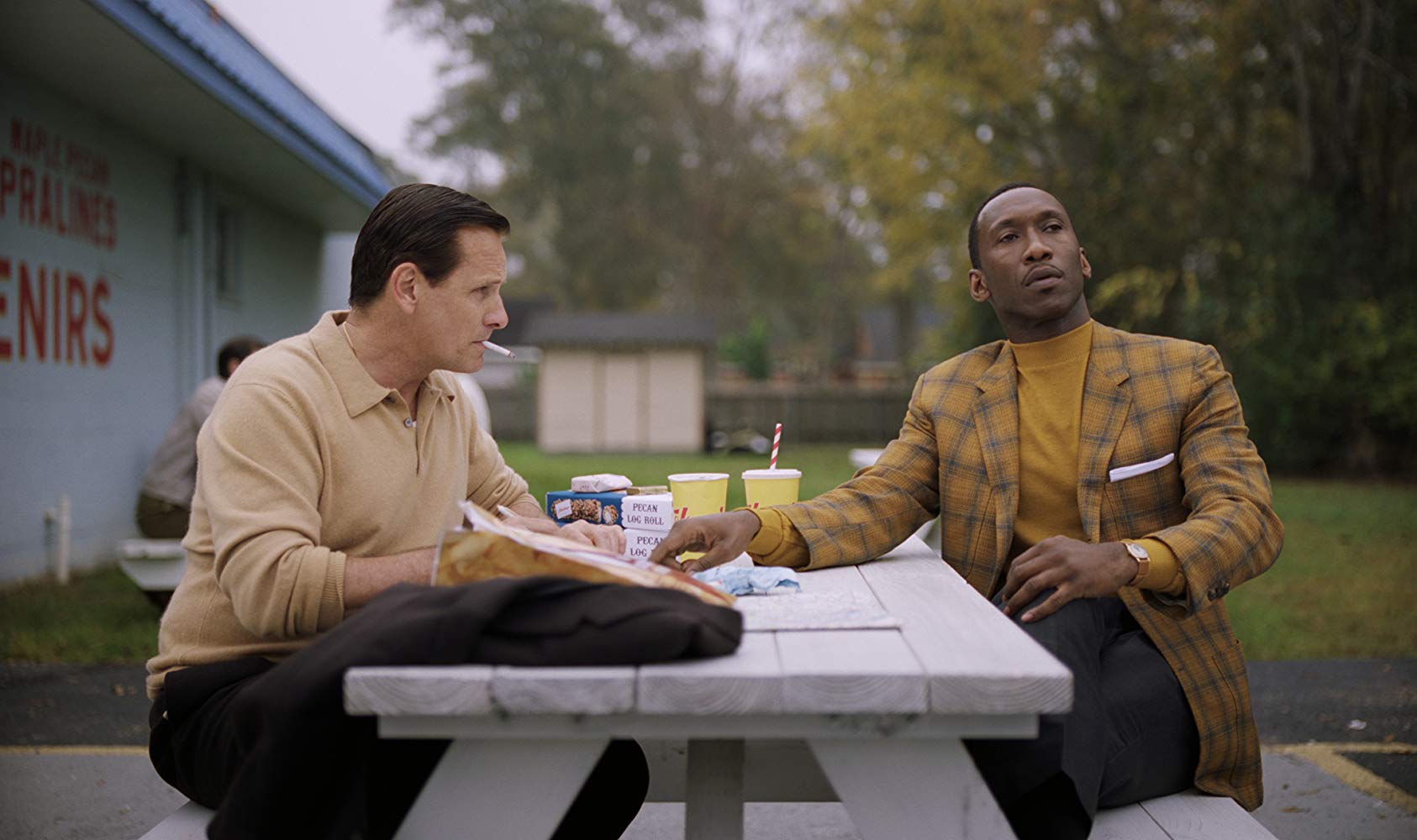 Bohemian Rhapsody, which won ‘Best Motion Picture - Drama’, was directed by Bryan Singer, who has been accused of sexual assault. Even though the producers didn’t mention him in their victory speech, he was still credited in nominations. This undermines the #MeToo movement, and, for the Golden Globes not to recognise or challenge this fact, proves progression is still slow.

Referring back to Regina King’s speech about challenging the Hollywood status quo, there is still a long way to go in terms of underrepresented groups being fully recognised. Yes, women need the platform but when it comes to Black and Asian women, progress has stood still. Hopefully, the Oscars and Hollywood in general address this disparity while there is still time left this awards season.

The full list of Golden Globes 2019 winners and nominees can be found here.

The full list of Oscar nominees, announced January 22, can also be found here

What underrepresented films do you think have been overlooked at awards ceremonies this year and previously?