Despite a raft of high quality performances, Yorgos Lanthimos’ fifth major work fails to live up to its billing as a major awards contender in its portrayal of Queen Anne’s frail years and the power struggle between her beloved Lady Sarah Churchill and Abigail Hill.

The Favourite leaves one feeling underwhelmed. The film is a beautiful one and perfectly cast, a comedy - a dark and subtle one - rather than the period drama it masquerades as. The two standout performances are from Rachel Weisz and Nicholas Hoult, the latter giving a most humorous turn as statesman Robert Harley.

The cast is also filled by the familiar faces of those English actors regularly seen in these types of dramas. Playing a strong Earl of Godolphin is personal favourite James Smith, known for The Thick of It (2005-12), and Mark Gatiss also appears as an absent John Churchill, occasionally expressive when staring at parchment or out of a window.

Watching a childlike, chaotic court and an insolent, erratic Queen Anne (Olivia Colman) - almost as irksome as Dostoyevsky’s Lizavéta Prokófyevna - provides enough sharp sarcasm to keep the viewer patiently distracted. It also allows one to rapidly pass over the seventeen children Anne lost, which help to explain her unstable condition and would have provided more depth to this loud, rag-doll Queen. Colman, like most of the cast, brings more to the character than written in the dialogue; pouting, shouting and crying all along, as a strong female character and a broken woman.

If one only paid to see fine exposed necklines, delicate gloved fingers, heaving cleavage, leather boots, and Emma Stone and Rachel Weisz in compromising scenes. Then I could assure you, one can find one’s voyeuristic fill in The Favourite. To director Yorgos Lanthimos’ credit, the film could have easily slipped into a Seydoux-esque performance of softcore lesbian fantasy (Blue is the Warmest Colour, 2013), only set in the 18th century. The sexuality is neither sensual or erotic but in avoiding that temptation, it remains too conservative and adds little other than an illicit soupçon to an already charged and intrinsically interesting power dynamic.

That is the essential premise which should have carried the film, but alas it is only used to help it move along. The sexual side is an easy explanation of how Queen Anne’s new servant, Abigail Hill (Emma Stone), gains trust and influence ahead of Lady Sarah (Rachel Weisz). Emma Stone’s performance is only slightly tainted as she attempts to lay low as the only American actress in a historical, British film. She does, however, manage much better than Lin-Manuel Miranda’s cockney chimney sweep in Mary Poppins Returns. 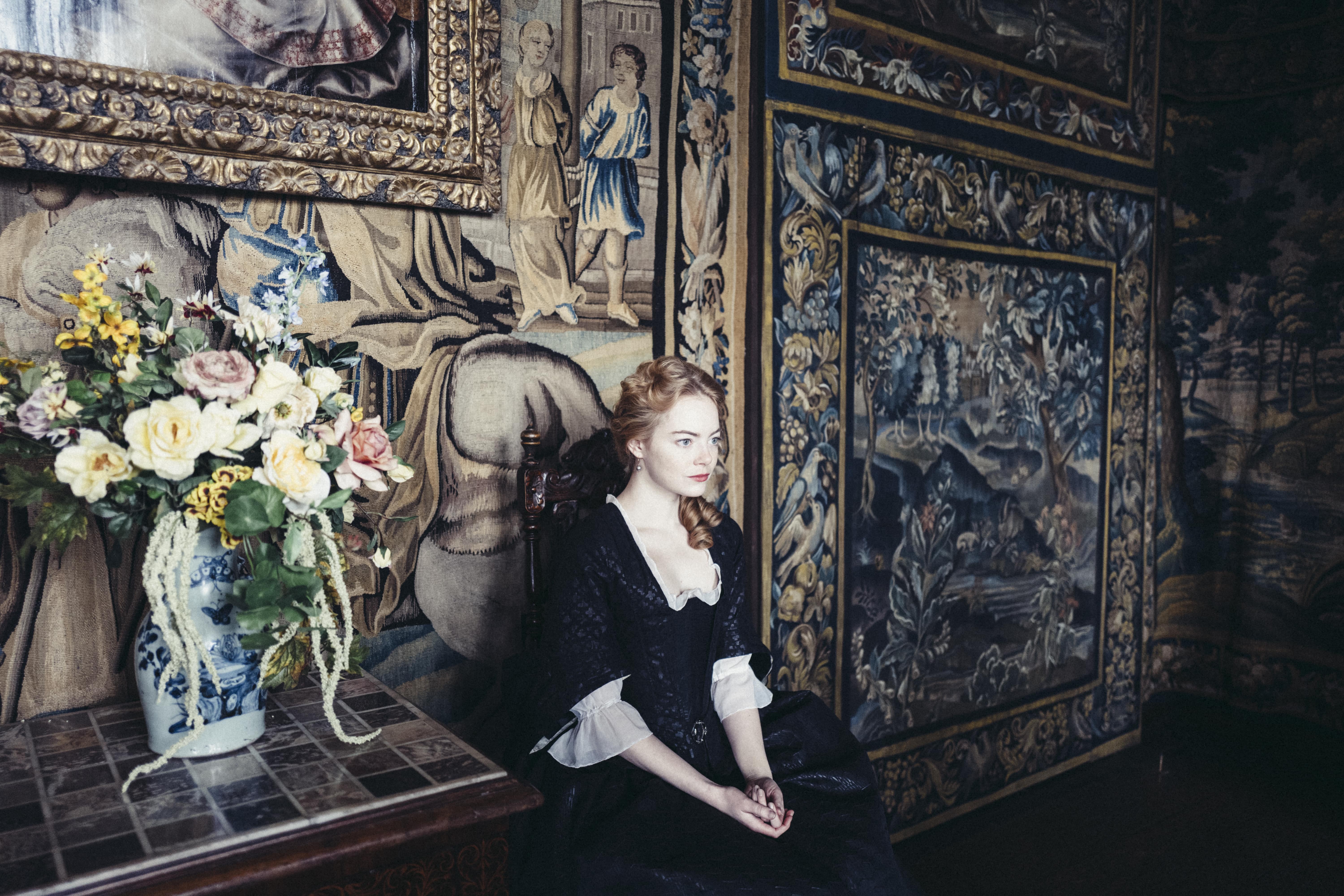 Where we may have been shown the relationship as an aspect of the freedom and power of these three women, who run riot around court using and abusing subjects, all The Favourite reveals is the lack of effort in characterising them. It makes for a weak context to explain their positions and the intricacies of the Court.

As a result, the narrative is stale, simple, and forced. The struggle of courtiers is well known and, although the décor is foreign and amusing, it cannot claim to be original. It is simply an accurate portrayal of the period with certain historical liberties - here, The Favourite provides an excellent opportunity to brush up on 18th century history, Anne’s reign between William III and George I, the War of the Spanish Succession, the Marlboroughs and the ascendency of the Churchill family.

One might laugh, but one cannot proclaim this as a novel work of genius. Perhaps it adds some distinction with its fine comedy and, now more appositely, leading female characters, but we have seen period dramas and court-based, political dramas before. Men or women, the story remains simply true and told over two short hours, constantly building to an insubstantial end. One follows pace while watching, anticipating, bemused, questioning and occasionally distracted by mentally trying to remember vague, historical facts. 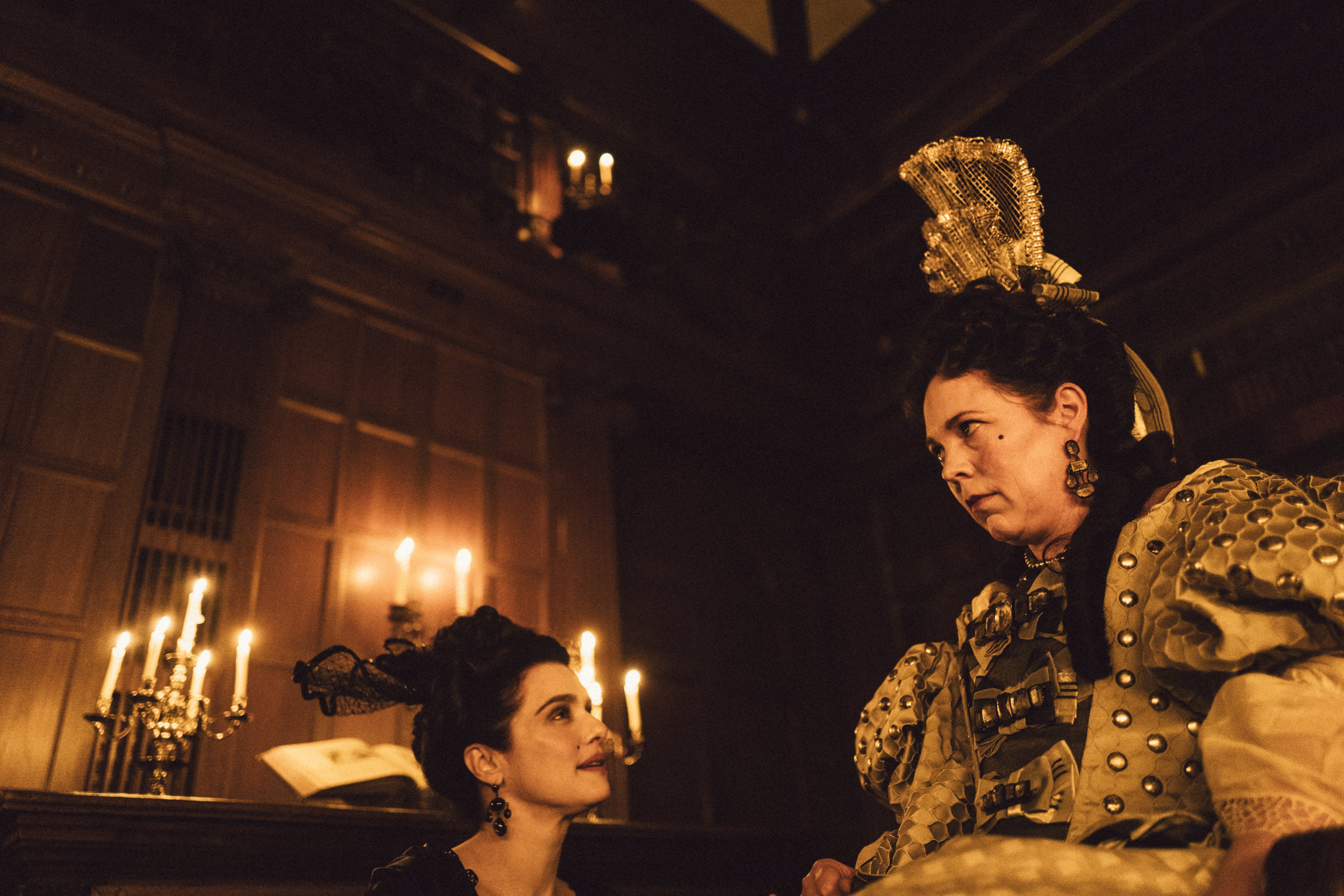 Certain technical choices are also questionable. The title cards, unlike the chaptered sequences of Wes Anderson, merely detract from the audience’s immersion into the plot, cutting up the story without adding any pace. In a similar way, the soundtrack is aptly beautiful most of the time, but the yawns and cries rhythmically provide a sharp, jarring and all-too-noticeable contrast at others.

The viewer is left puzzled. Not because of the intellect of the story or the strength of the performances, but because once one gets over the historical gimmicks of ducks, lobsters, tarty makeup, the facetious comments and a naked fat man, the plot is laid bare. No more so than in the final scene, the culmination of a visually debauched and orgiastic narrative, shrouded in faded shots of Stone and Colman’s faces with rabbits used only to conceal the predictable and basic ending and the burden of a message it bothered to carry.

The misfortune of power and any other trite platitude you care to think about on the futility of human endeavour: to try is vulgar! Or social climbing gets one nowhere. ‘Il faut imaginer Sisyphe heureux’. The viewer may be satisfied by that message, but for those who expect more from Lanthimos or a novel take, it falls short.

Olivia Colman has been awarded Best Actress at the #GoldenGlobes for her outstanding performance in #TheFavourite! pic.twitter.com/YJ6rfmCTBy

It is not nearly as slapstick as Monty Python and the Holy Grail (1975) or perceptively biting as Edward St Aubyn’s writing, and The Favourite comes across as it is: an empty and distracting film with the same value as a model at a party. It is no doubt intended for a historically incurious and international audience, to provide a laugh at the English. Somewhere thrown in, there is also an unconvincing, historically dubious romance and a rushed political drama.

For most directors, The Favourite would be an outright success and no doubt it will succeed at the awards ceremonies and box office, seeing off the lack of opposition available on general release. For Lanthimos, though, this surely has to be a disappointment, if not for him, then for his most ardent adherers. At the risk of sounding like those who eschew The Grand Budapest Hotel (2014) for being too accessible to the public, this pales creatively compared to Lanthimos’ earlier work and fails to match its billing as a complete nonsensical folly from one of the most original directors around.

Instead, The Favourite is a wry, shallow, baroque masterpiece, framed in the gilt of Lanthimos’ directorial style and Hatfield House. Yet, it cannot hide its lack of relief and, as the final scene fades, one is left with a long lingering ‘and?’.

The Favourite is showing at Watershed until January 17

Are you part of The Favourite fan club?

Not much love in the inn: student left with fractured eye socket after scuffle in Stokes Croft bar