Set in England during the Great Slump of the 1930s, Rob Marshall’s film isn’t a straight remake of the 1964 classic, but a sequel, fleshed out with new characters and an entirely new musical score.

The children from the original, Jane and Michael Banks, are now grown up. Jane (the charming Emily Mortimer), has followed in the footsteps of her philanthropic mother and, while she doesn’t quite break into song in fervent support of the suffragist movement, is dedicated to improving the lives of the working class. Whereas, Michael (Ben Whishaw) lives a far more somber existence. A newly widowed father of three and extremely strapped for cash, their family house, 17 Cherry Tree Lane, is under threat of being repossessed by the very bank that his father worked at.

This is where Mary Poppins (Emily Blunt) comes in, a flying deus-ex machina emerging from the clouds carried by her talking umbrella. Her mission? To rescue the family with just a spoonful of sugar.

Most audiences will base the success of the film upon Emily Blunt’s ability to reincarnate Julie Andrews’s famed Mary Poppins. However, it should instead be down to the quality, and crucially the memorability of the musical numbers. It cannot be denied that the dance sequences are mesmerizing, but the one-of-a-kind lyricists behind the first film, the Sherman brothers, are sorely missed.

Where the musical genius of Lin-Manuel Miranda - the mastermind behind the original Broadway musical Hamilton - brings the film up to date, using rap to add a modern twist, its effect is brief. It isn’t every day that we get songs with the tear-jerking rawness of ‘Feed the Birds,’ or hear a timeless classic such as ‘Let’s Go Fly a Kite’. Despite the composer’s high accolades, this film does not have a memorable tune to hum upon leaving the cinema. 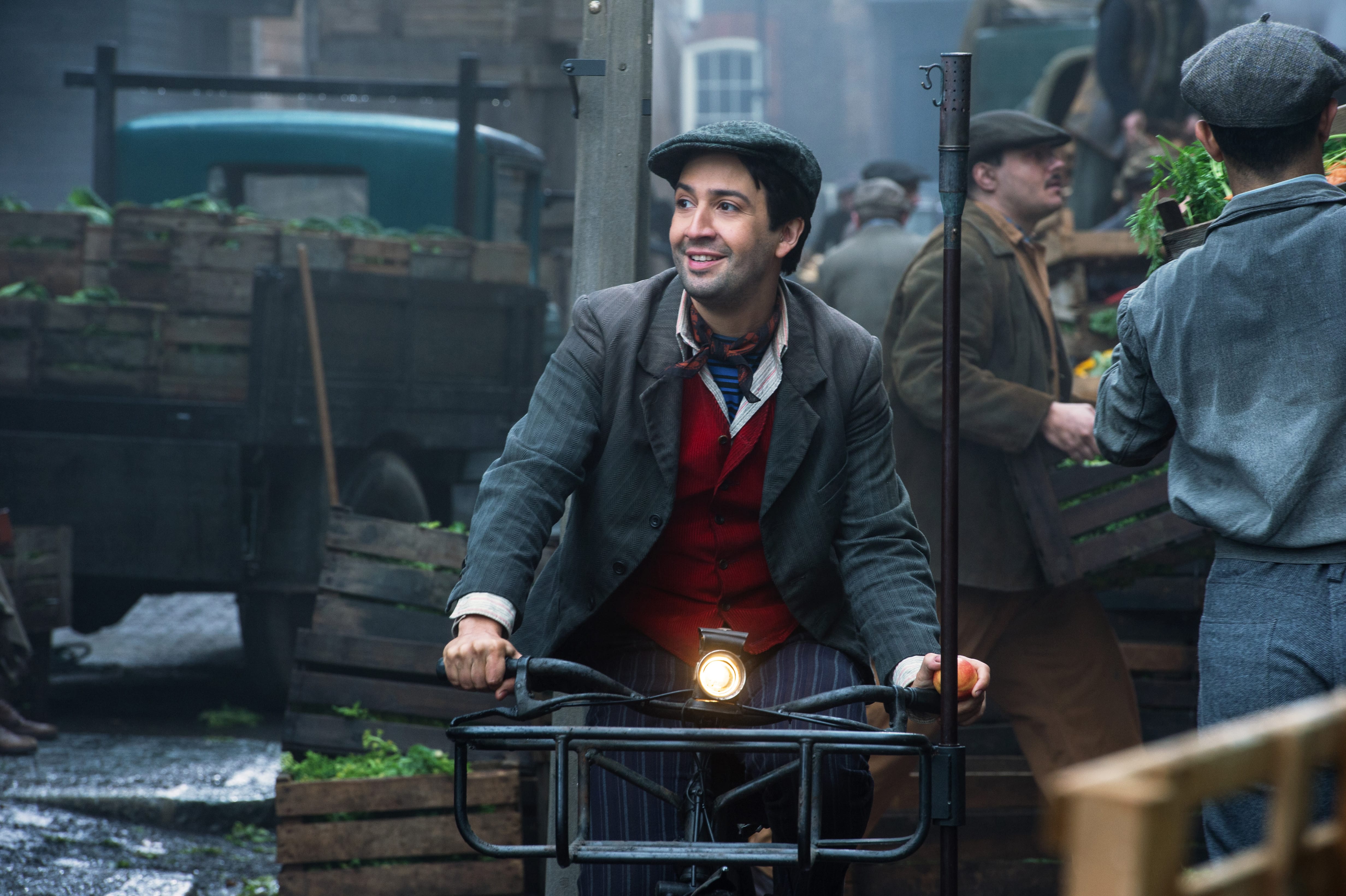 Even more disappointing is the unoriginality of the lyrics, which fails to capture the improvised musicality innate to the original. The absence of features such as Bert’s one-man band, so typical of golden age musicals, means Mary Poppins Returns has lost an element of its defining spirit.

Even though the 1964 version was filmed entirely on a painted set at Walt Disney Studios in California, it still manages to capture a more authentically British atmosphere than this sequel. Instead the audience are fed a clichéd litany of British conventions, which seem to exist solely to satisfy an American audience. Consequently, the film doesn’t feel effortless and instead is amplified and sharpened, without a playful side. 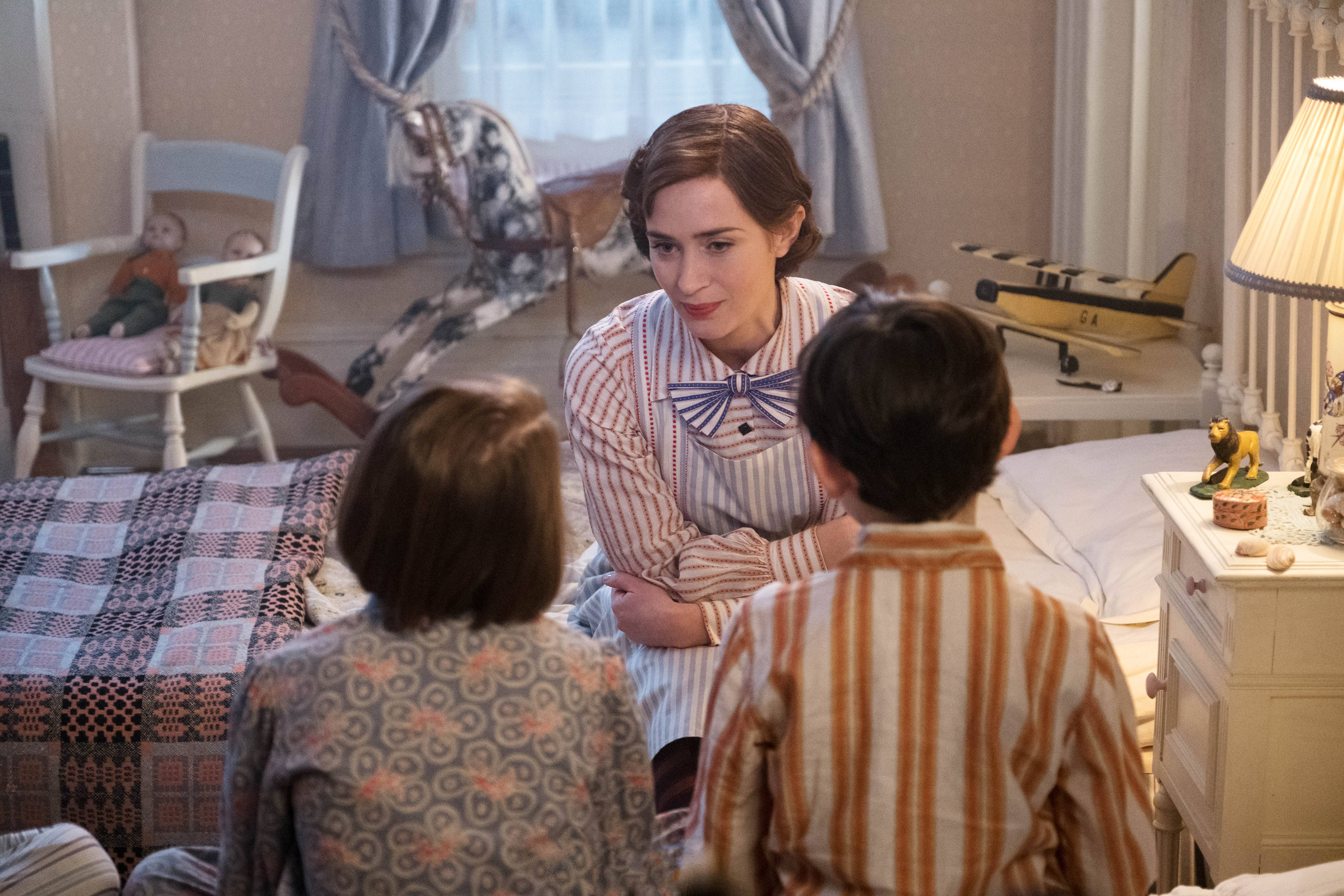 For instance, despite my love of Emily Blunt as an actress, I do feel she doesn’t shine as brightly as Julie Andrews. Andrews’ shoes were always going to be difficult to fill, but her shortcoming is down to director Rob Marshall’s instruction. Where Blunt’s look is practically perfect in every way, her accent is far too similar to Andrews’, making her performance a pale imitation.

By exaggerating her already British dialect, she becomes a caricature of the famed nanny. This makes her characterisation feel rather one-dimensional and lacking in originality. Blunt feels more of a warm presence than a fully crafted character, and as a result she fails to strike a convincing, emotional connection.

As a special treat for the more cynical, nostalgic viewer like myself, Dick Van Dyke makes a show-stopping appearance towards the end of the film. Even at the ripe age of 93, he is still as nimble as he was in 1964, taking on the role of bank owner Mr. Dawes Jr. He delivers a flawless tap-dance, a much needed reference to the legendary ‘step in time’ sequence from the original film. It is his appearance that makes the difference between the two versions so stark. Van Dyke is able to conjure that simultaneous feeling of awe and enchantment in a single scene; something that Mary Poppins Returns overall, despite its extensive use of green screen and CGI, struggles to capture.

Perhaps it is because the original was pivotal in my childhood that I’m disappointed by the final product of Mary Poppins Returns. I’m sure that through the eyes of a child, Rob Marshall’s modernization will still provide an enchanting Disney story, but I’ll be sure to show my children the original first.

Does Mary Poppins Returns lack the magic of the original which was part of many childhoods?

China Lands on the Dark Side of the Moon