In August I went to Wilderness festival in Oxfordshire with my school friend Amelia and my parents. It was in the middle of the heatwave in summer - camping in that weather was one of the most unpleasant experiences I have ever had. If you’ve been to a festival you’ll know that you get to the point where all you want is somewhere comfy to sit in the shade where you can switch off and watch the world go by for a bit. And to our luck, that is exactly what we found - in the form of Camerados.

The Camerados were in a tipi which had a huge poster on the side saying ‘The answer to all our problems is each other’ and another sign that said ‘Public living room’ next to some beanbags in the shade. We looked around and everybody else around just seemed to be chilling so we decided it would probably be okay if we just sat there for a bit too. After a while of sitting and recounting the night before Jenny came over and asked how we were. Jenny, it turns out, had started the Camerados movement of public living rooms with her friend Maff a few years ago.

Curious, Amelia and I asked Jenny what a Camerado was and what the point of a public living room was. Jenny told us that it was a place where people could just go and be. Whether they were having a good day or a bad day, whether they went on their own or with friends and family, the living room was a place to make connections with people you wouldn’t normally cross paths with. Camerados is a movement to tackle isolation in a society where, despite social media allowing constant communication, many people are more lonely than ever before. 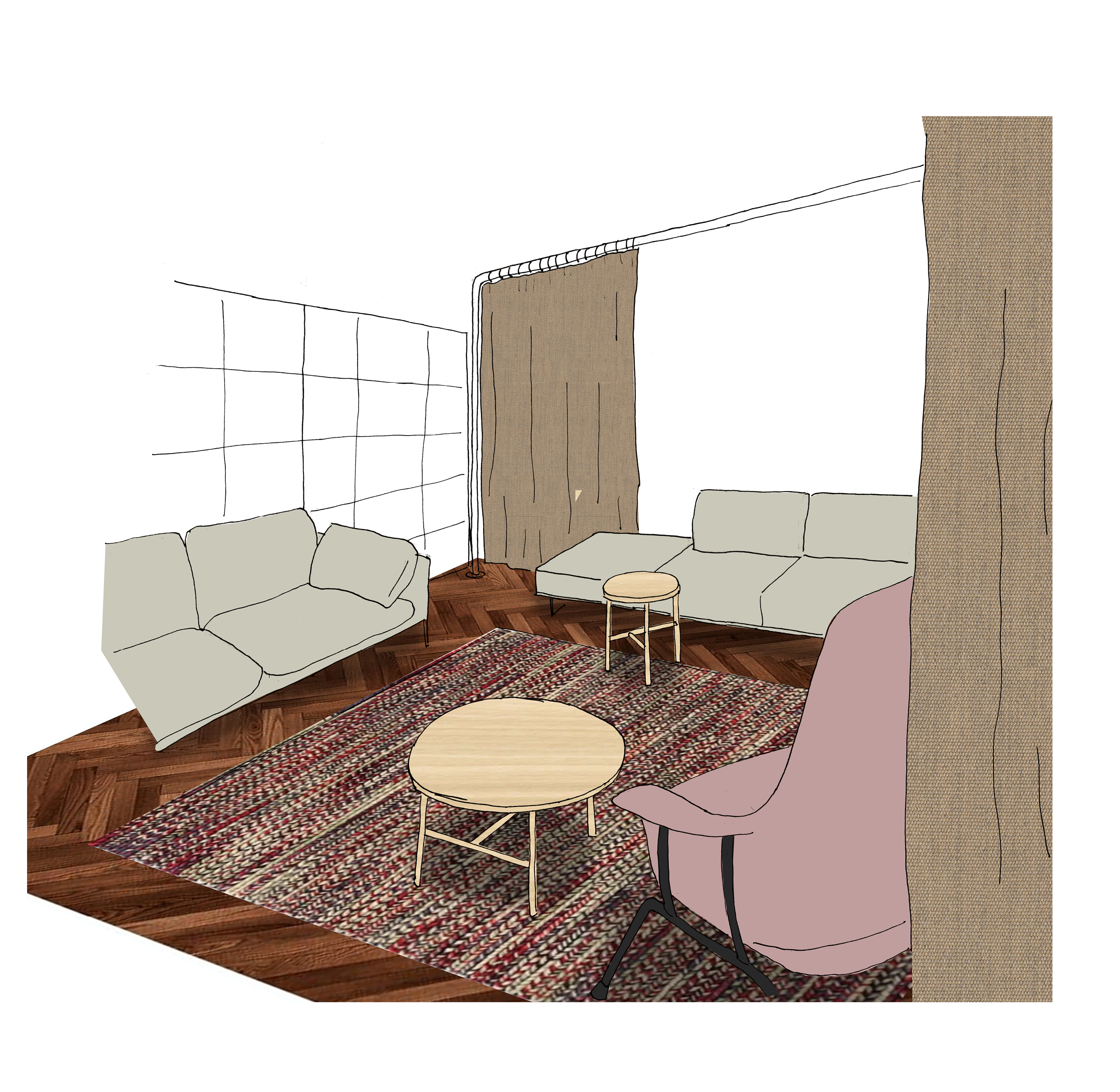 We spoke for about an hour about all the different places public living rooms had been set up; in hospitals, libraries, Central London and a college in Sheffield. Each living room was set up differently, attracted different people and had different impacts on the society it was in. It was during this conversation that I started thinking about Bristol and the pressures and culture that have led to, in my opinion, a mental health crisis among our students . I had had a meeting a couple of weeks before about a new SU living room that was due to be coming to campus in the next few months and I asked Jenny what she thought of helping us deliver it. She loved the idea!

In a couple of weeks I was sat in a meeting with Maff and the senior management of the SU listening to even more amazing stories of what the Camerados had done. Since then we have met with Maff again, had many meetings with the designers of our living room and with staff from the SU to discuss how to make it a student owned and run space. We decided that the huge space on the fourth floor of senate will be zoned to ensure it fills the criteria for students who want to chat with friends over lunch, who want to curl up on their own with a book or play video games.

It will be a place where clubs and societies can hold events to get more people involved in their groups and for SU networks to shout about all the great things they are doing. SU officers will have postboxes where students can ask them about what they are doing, to celebrate successes and draw attention to areas that need attention.

The living room will be open on Monday 3 December and I can’t wait to see you all there! A huge huge thank you to Camerados for all their help! Their most useful advice to us was not to be afraid of failing. We aren’t going to be precious about this space, it needs to be what students, all students, want.

So please tell us if you want something added, or if something isn’t working and we will listen and change and tweak until we have a space that everyone is proud of.

Mental health must not be conflated with partisan politics

Help yourself by helping others