It was cancelled in 2015 due to funding issues but returned this year in a more sustainable form under the loose leadership of St Paul’s Carnival CIC.

The Carnival began as St Paul’s Festival, a multicultural event which aimed to foster a sense of shared community between European, African-Caribbean and Asian inhabitants of St Paul’s, one of Bristol’s first suburbs. 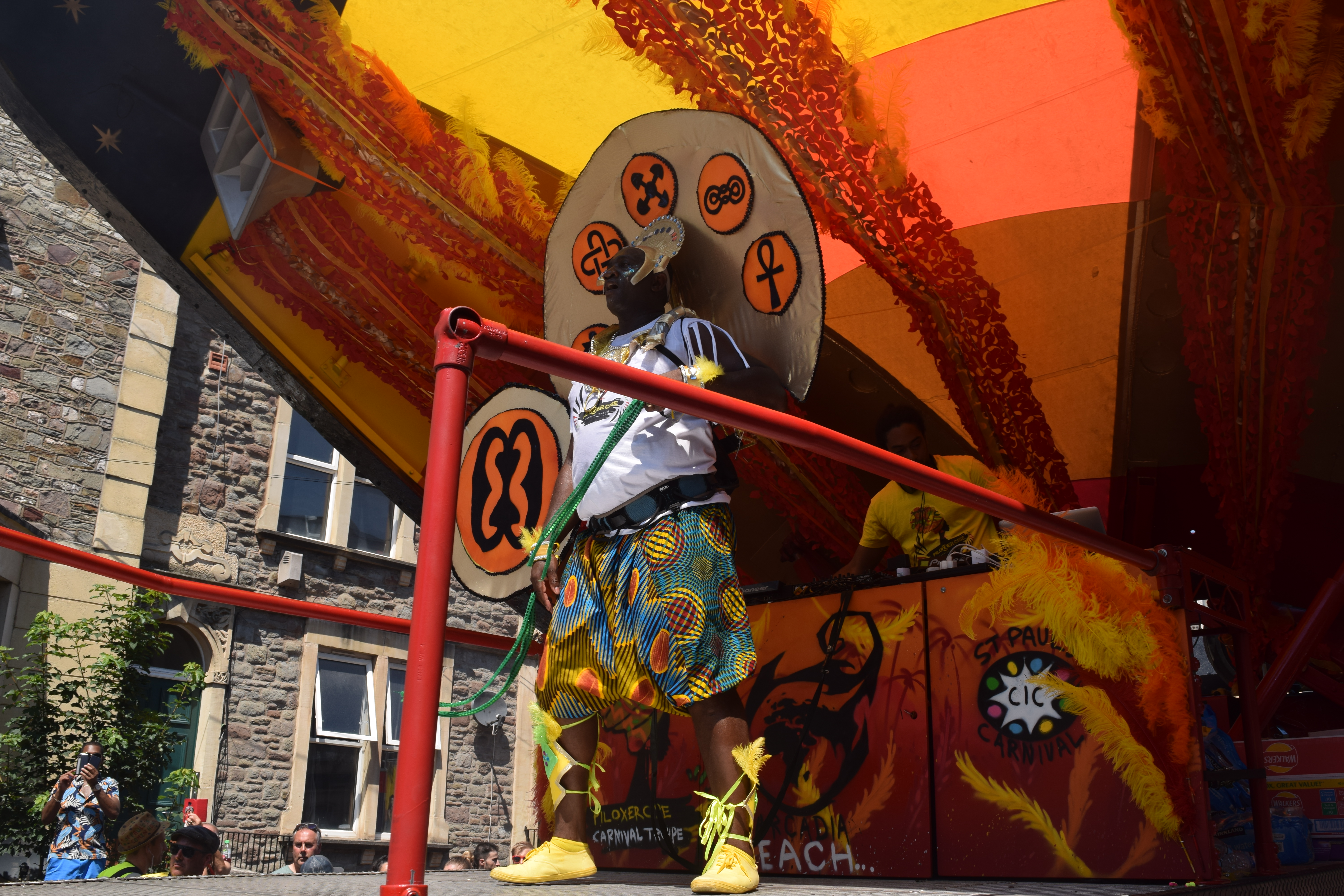 Float at the parade (Epigram/Tom Taylor

The first festival was an extravagant success despite a lack of funding and included steel bands, a West Indian dance team, Scottish dancers and a weight lifting competition. It was originally structured more like a traditional British festival than a Caribbean carnival, although the African-Caribbean influence grew in 1975 when Trinidadian Francis Salandy became the carnival’s organiser.

The Carnival’s main stage is the Windrush Stage in reference to HMT Empire Windrush, one of the first ships to carry post-war West Indian immigrants to the United Kingdom. Jamaican born co-founder of the Commonwealth Co-ordinated Committee, Roy Hackett, who was influential in setting up the Festival, travelled to Bristol on a ship which cost him £35. 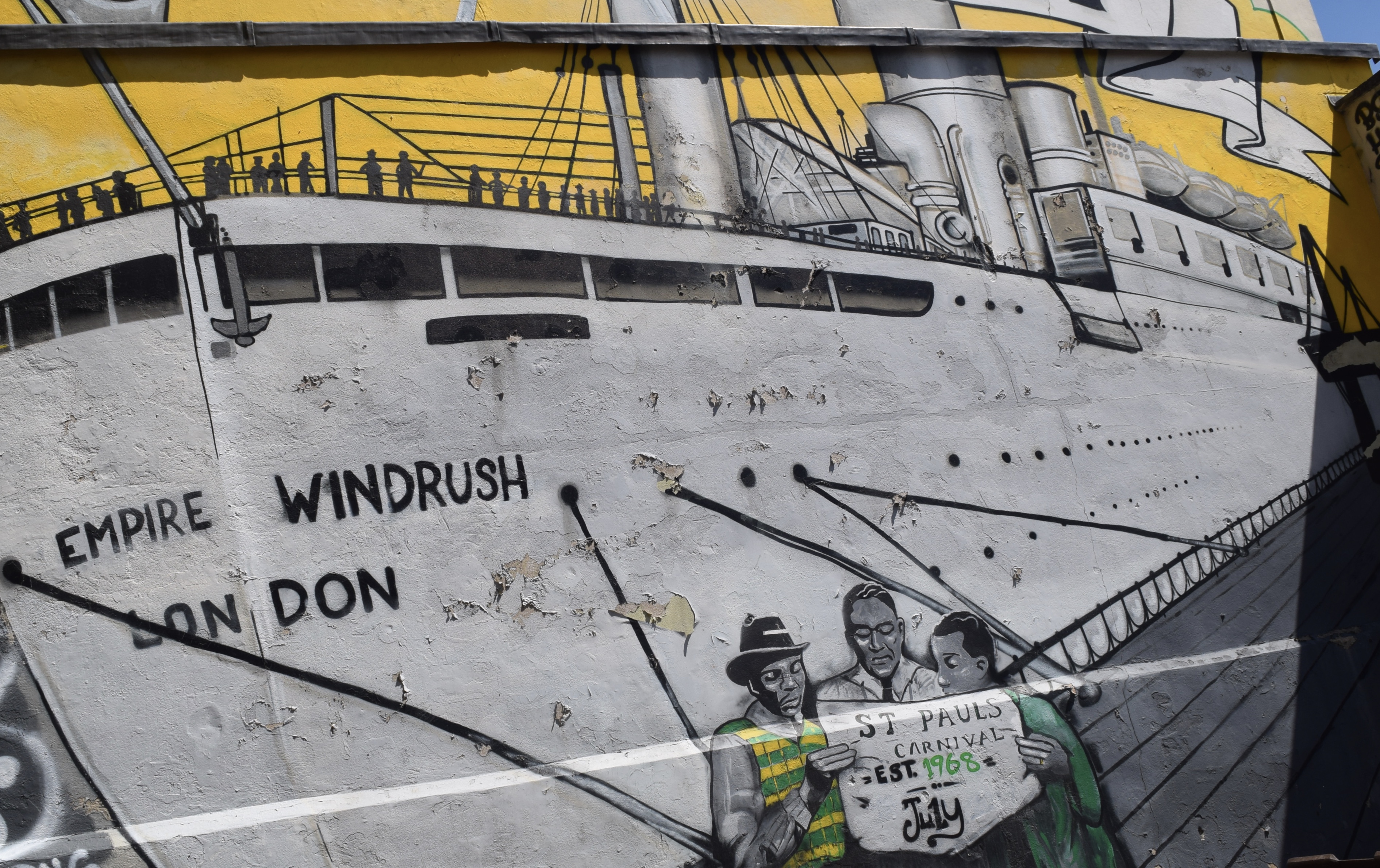 Mural of the Windrush (Epigram/Tom Taylor)

The British Nationality Act of 1948 had granted right of entry to Britain for West Indians and many came to work, with an aim of returning to the Caribbean. The first Caribbean settlers were ex-servicemen who had primarily served in the Royal Air Force.

St Paul’s served as the main reception area for Caribbean migrants to Bristol, as well as for Polish, Hungarian, Cypriot and Irish families. Few British landlords outside the inner city were welcoming to Caribbean migrants and those looking for a place to stay often faced discrimination. Faced with few alternatives, migrants often sublet property to other migrants in St Paul’s and it soon became acutely overcrowded.

In the 1960s, more property was built in the surrounding areas of St Werburgh’s, Easton, Eastville and Lockleaze amongst others and the overcrowding problem began to subside. A sense of shared community grew in St Paul’s and Easton as they were linked, at least until the building of the M32 motorway, by Ashley Road.

The migrant community in St Paul’s continued to face racism and discrimination in Bristol. There were very few jobs available and the migrants were at risk of assault or arrest if they ventured into the city. Many turned to music such as calypso, ska, bluebeat and later reggae as a distraction from their harsh reality. The creation of St Paul’s festival was a display of unity and shared community in the face of those who wished to ostracise African-Caribbean people. 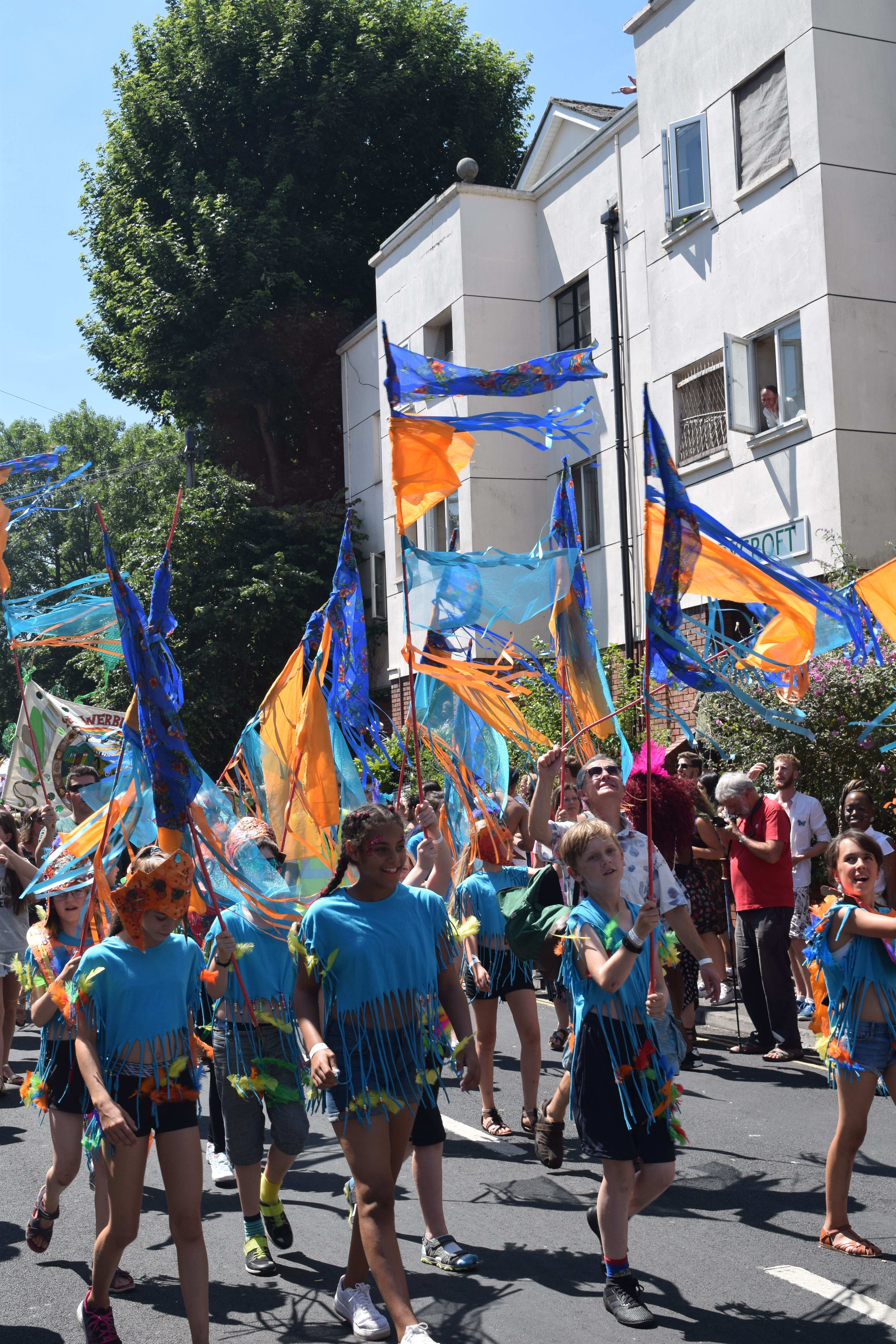 Scenes from the parade (Epigram/Tom Taylor)

According to St Paul’s Carnival CIC, over 1,000 people are took part in the procession earlier today, including 27 local troupes and 3 visiting troupes from Bath, Leeds and London. A colourful, striking masquerade procession of floats and performers sang and danced it’s way from Wilson Street to St Paul’s Sports Centre.

Behind the scenes, local school groups have been busy creating the intricate, ornate costumes on show in the procession as well as rehearsing for their performances. Community-minded ‘Mas bands’ and ‘Mas Camps’ have sprung up around St Paul’s - these are groups of volunteers and creators who bring the carnival life through music and costume.

Performance stages, powerful sound systems and world-food stalls lined the streets of St Paul’s. A spokesperson from the Carnival emphasised the ‘family-friendly’ focus this year and that one reveller had told them ‘it was the best Carnival they’d attended in 30 years.’

The Carnival is set to continue into the night and there will be afterparties and spontaneous festivities around the St Paul’s area.

Were you at the carnival? What did you think...

What was so great about The Incredibles?