The University of Bristol has the fifth highest number of students who have signed up to the action group calling for compensation for missed classes during the UCU strikes, according to Asserson - the law firm that brought together the claim.

In a matter of weeks, sign-ups for the compensation claim have grown from 1,000 to 5,000 members. Of those, 256 are Bristol students, putting the University in the top five for the number of student sign-ups.

The claim has received formal advice from one of the UK's leading barristers, which suggests that it is likely to succeed. It states: 'The overall merits appear to favour the students; they are consumers who have paid a significant fee in exchange for tuition, a proportion of which has simply not been provided.'

In a matter of weeks, sign-ups for the compensation claim have grown from 1,000 to 5,000 members.

With 5,000 students now having signed up, Asserson estimates that the claim against Universities has already risen to £5million, with the potential to rise to £20million.

Students' classes were disrupted earlier this academic year, when members of the Universities and College's Union (UCU) went on strike over a pensions dispute. UCU estimated that the strike action affected millions of students, with 575,000 teaching hours that were missed and not rescheduled. 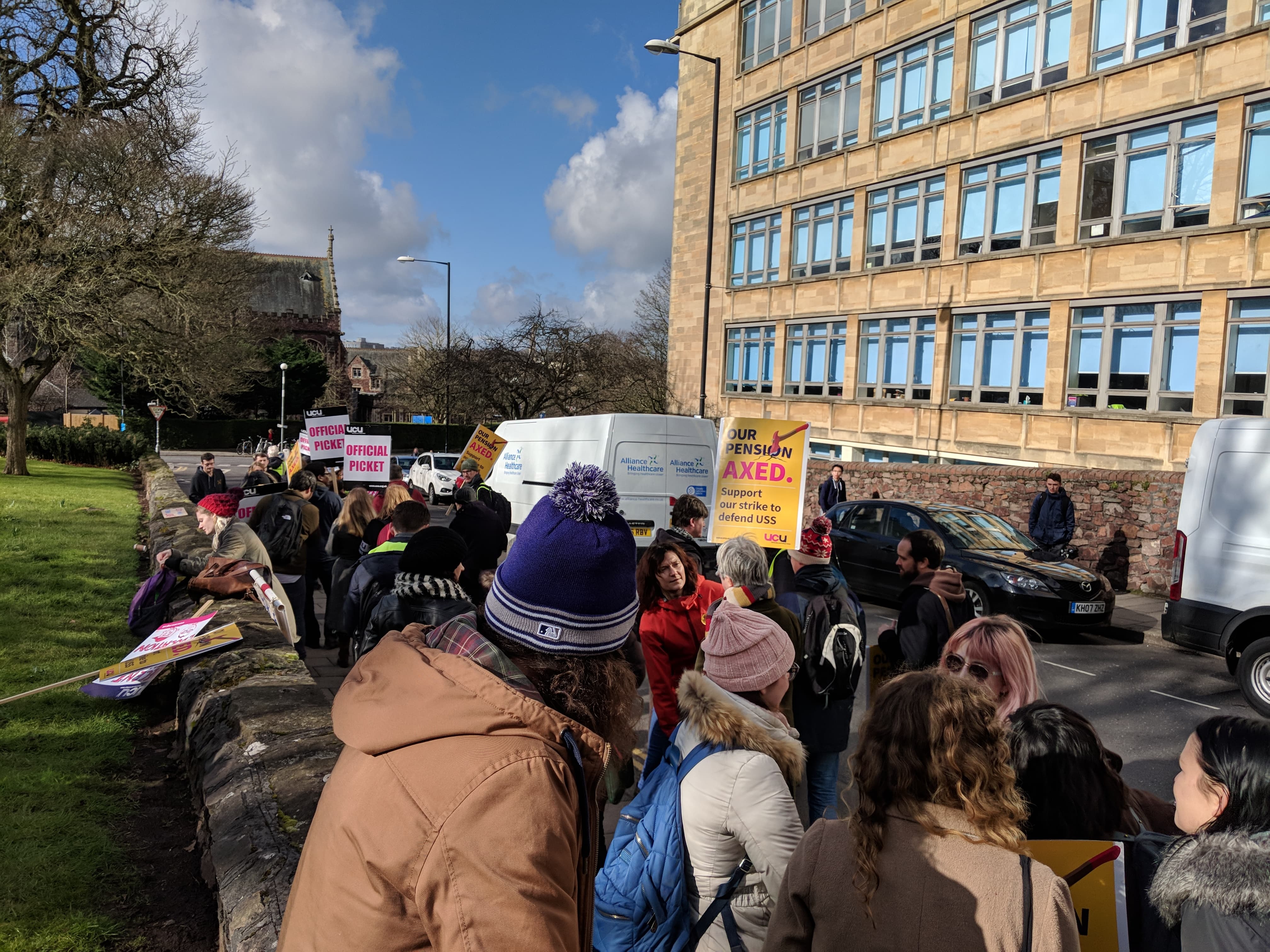 Shimon Goldwater, a senior solicitor at Asserson, said: 'The compensation claim against Universities is building rapidly. Not only are we receiving 500 new sign ups a week, a leading barrister’s advice reaffirms our long-held view that that this claim is likely to succeed. Students are telling us that they have been following advice from their unions and the universities to use standard complaints procedures when asking for compensation, with absolutely no sign of progress.

'In fact, we have not heard of a single instance of a student receiving proper financial compensation for cancelled teaching time. Universities are presumably hoping that this problem will go away, but this claim shows that thousands of students are not willing to sit by and pay for a service which was cancelled.

Asserson estimates that the claim against Universities has already risen to £5million, with the potential to rise to £20million.

'The size of this claim, based on £1000 compensation per student, has already risen to £5million, with the potential to hit £20million. If a more generous method is used to calculate damages, the sums at stake could double.'

Asserson estimates that students on average will receive £1,000 compensation on the basis that students should be compensated for the market value of the teaching lost, and the market value is by reference to international students, not UK tuition fees, which are capped by the Government, so therefore artificially low. There is the potential for 20,000 student sign ups – so a £20million claim.

A University of Bristol spokesperson said: 'We are not providing financial reimbursement for any specific missed teaching sessions due to industrial action. Tuition fees relate to education as a whole, including other services and facilities that students receive, and not individual teaching sessions.

Tuition fees relate to education as a whole, including other services and facilities that students receive, and not individual teaching sessions.

'We fully appreciate that many students had their learning and preparation for assessment disrupted by the industrial action. To help remedy this, we organised a number of extra activities and services to support their studies. The content of this programme was drawn from suggestions made via consultation with Bristol SU and was funded by the salaries withheld during the recent industrial action. Full information here - http://www.bristol.ac.uk/students/support-2018/

'Students who were directly affected financially by the action (for example travel, child care, cost of additional study materials) can apply to a fund to request financial support. Details are on our website. Applications will be considered on a case-by-case basis.'

What do you think about the compensation claim? Let us know...

Bristol students' data may be shared to private companies