Multimedia Editor Luke Unger gives his thoughts on Bristol Spotlights production of Bluebird, their last show of the year.

The theatre above the Alma tavern is crammed, coats, bags and pint glasses stuff the isles as I try to sidle down to find a seat to sit in. It is Spotlight’s last show of the year, Simon Stephen’s Bluebird.

The play is a triumph of grief- real grief, and how British people react and deal with grief in their own stifled way.

Directed by Grace Hart, I get a snapshot into a day in the life of taxi drier Jimmy, the ‘fares’ he drives around and the stories that they tell: about changing lights on the underground, bouncing for a nightclub and walking the streets. As the play progresses however, the audience draws nearer to the character of Jimmy and his troubled past.

the unrelenting tragedy unfolds amidst the waves of dialogue left unsaid

The play fades into view, brightening with soft hues of red and blue, shining onto four solitary chairs, set out in a square facing forward. Black pebbled stones surround the chairs, isolating the action within whilst adding a very simplistic but apparent grit to this un-sanitised play. A lot can be said about the atmosphere Ben Orr has created which seems to ebb and flow throughout the play, mimicking the intensity of the characters whilst also playing a hugely practical function to display scene change. 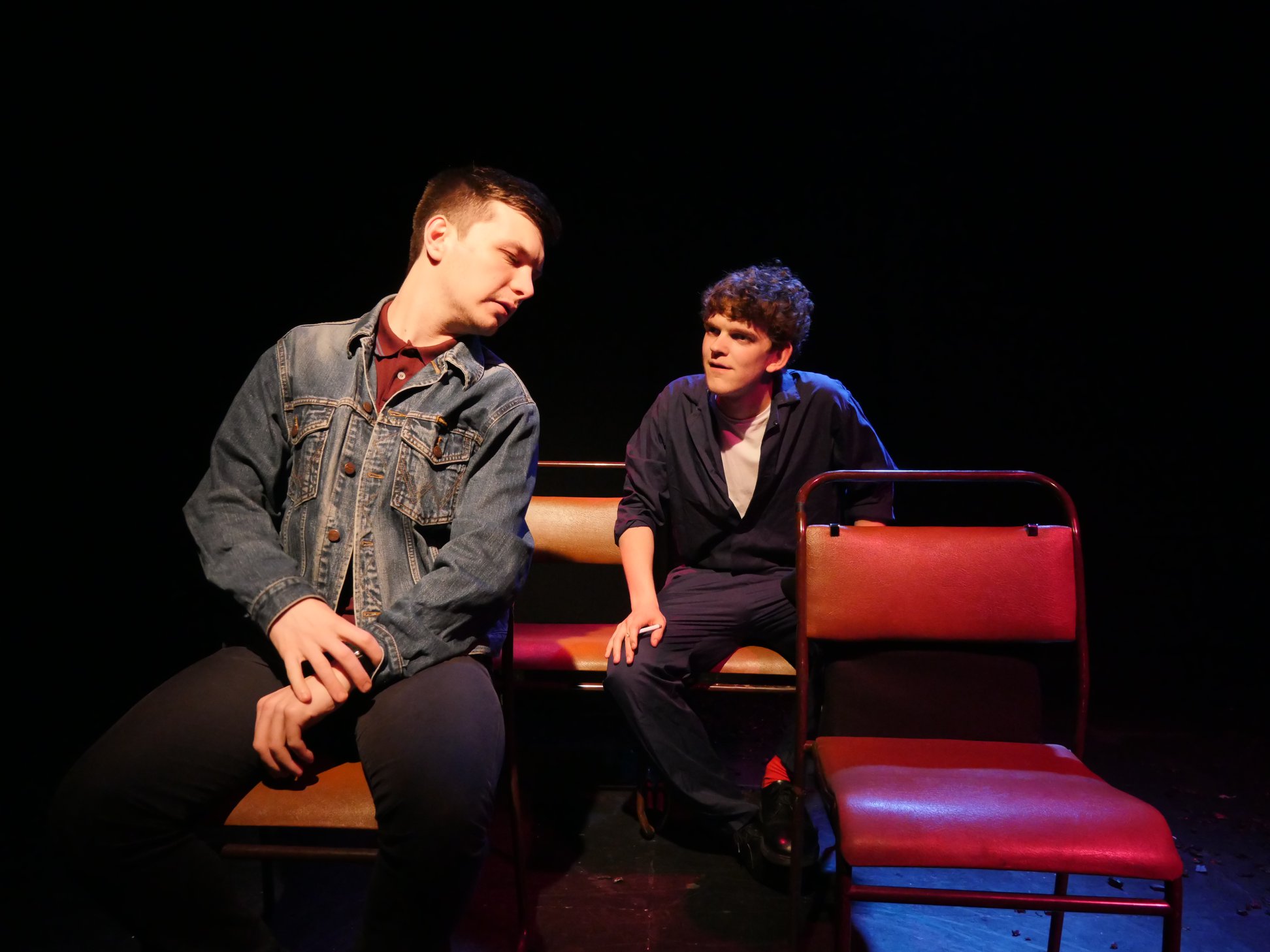 This is not a loud play, in fact, at times the hush is deafening, at one instance reminding the audience of the odd social situation of taxiing and at other, pushing the audience back into their seats, as the unrelenting tragedy unfolds amidst the waves of dialogue left unsaid. The play is a triumph of grief- real grief, and how British people react and deal with grief in their own stifled way.

The play is performed with a unique sympathy [...] carefully crafted by director and cast alike

Attention undeniably must be drawn to Ed Lees for binding role as Jimmy. Lees performs Jimmy with a delicate sense of awkwardness, portraying his tortured conscious with a wretched vitality. Whilst this is a student production, Lees embodies his role effortlessly, stepping seamlessly into the wearied old body of Jimmy. It is hard not to get drawn into this character, who, for the most part, is taciturn. 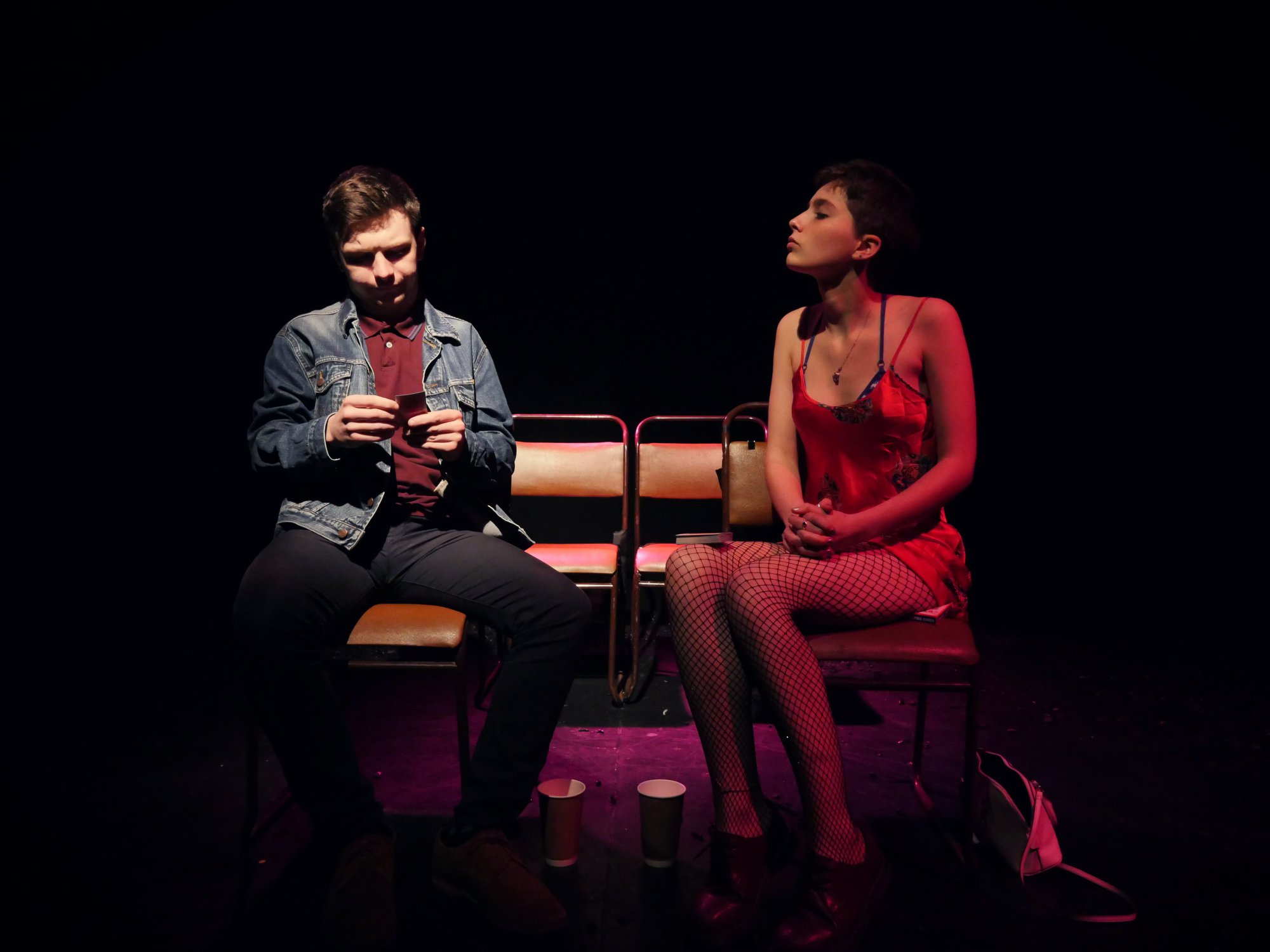 Furthermore, the relationship portrayed between Jimmy’s Wife, Claire, played by Lizzie Annis is inscrutable. Annis’ performance feels refreshingly natural with dialogue that, whilst having the potential to be dangerously mishandled, is acted effortlessly. Interactions between Lees and Annis flow well; I find the handholding interaction particularly charming.

However, amidst the grief the play interjects bouts of humour. Praise must be given to Elliot Brett who, while only having short periods on stage, gauges the humour masterfully, playing a camp American tourist and an obnoxiously talkative Neo-Nazi. 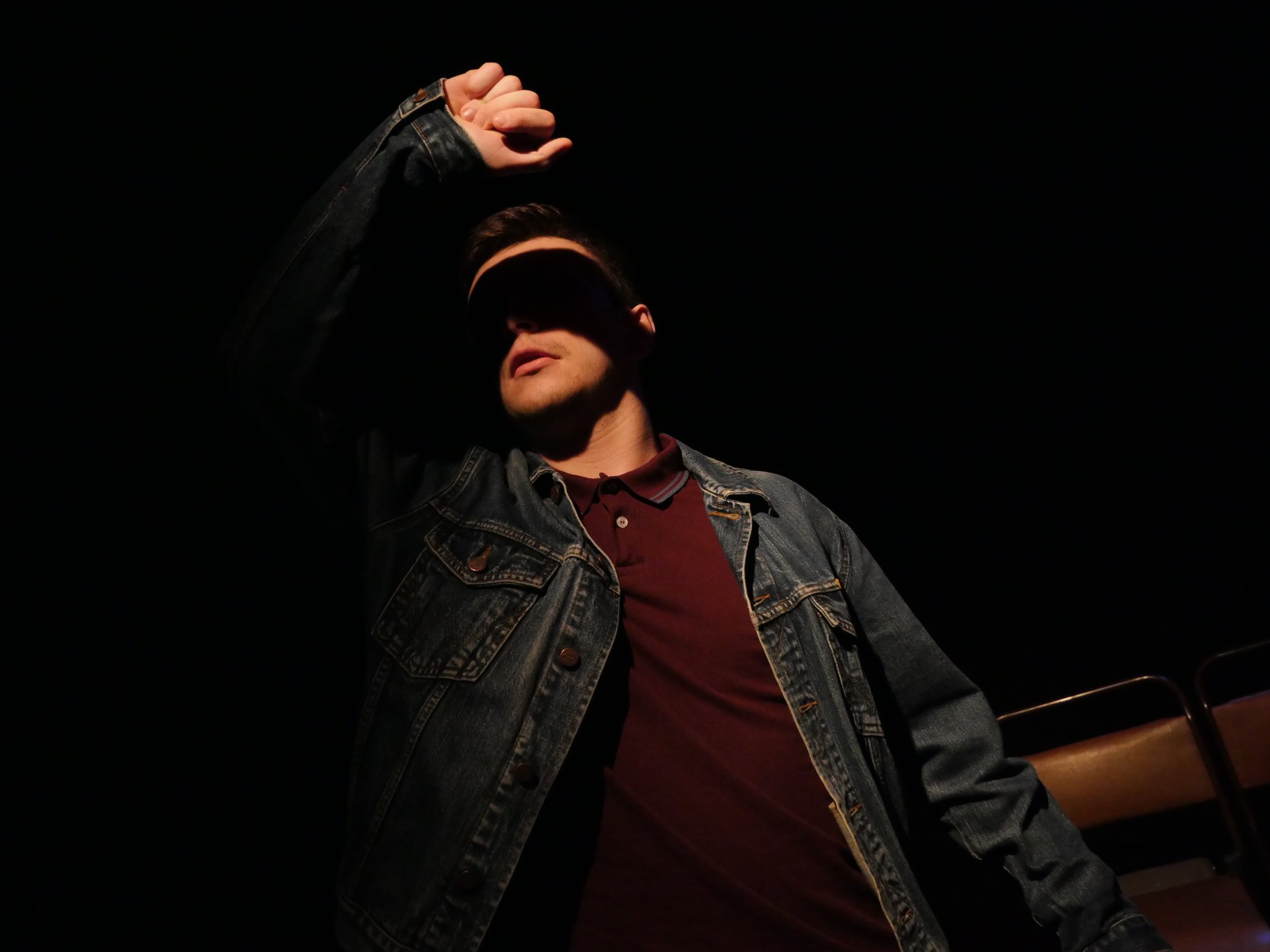 Bluebird is a unanimous success. By the end I feel emotionally drained, the kind of feeling you get immediately after the ‘we need to talk discussion’…in a good way. The play is performed with a unique sympathy, hard to achieve with the play’s intimate and awkward dialogue, carefully crafted by director and cast alike. Considering the eclectic mix of talent within the cast and the highly effective set, undeniably, this was Spotlight’s show of the year.

What did you think of Bluebird? Let us know in the comments below or on social media

Dare all to bare all: Hollywood Waxing

NEXT
one sidebarcarouselfeaturesfeatured top
Apr 29, 2018

Taking strides for the homeless