The effects of the strike action are still being woefully mishandled

Comment Editor Ed Southgate laments the way that students have been dealt with following the first UCU strikes, arguing that the relevant bodies have shown unforgiveable disorganisation and a poor lack of communication.

There has been so much written about the UCU strikes that it is beginning to become a little tiresome. We want our classes back, our lecturers I imagine want to come back, and the University as a whole wants this whole sorry affair put behind us.

But in order to put this to bed, not only does a reasonable deal need to be struck between, and accepted by, UUK and UCU, but the universities affected need to be supporting their students in overcoming the barriers to their learning that these strikes intentionally made. And yes, the strikes intentionally damaged our education because, as was frequently quoted, 'the whole point of a strike is to cause disruption'. That disruption was first and foremost disruption to our learning.

"I did not pay to come to university to be my own lecturer" | Phoebe Chasehttps://t.co/cnNMfh8CZS

To appropriately deal with the 'effects of the strikes' on us students, the University must deal with these three points. They have not.

One of the assurances we were given, to deal with the first point, was that we would not be examined on any material missed, and would not be required to write essays on topics uncovered. Well, yes. That of course makes sense, but the reality of the situation for students like me, whose course is primarily essay-based, simply means that we still have a very restricted set of essay questions we can choose from. Without deadline extensions, or even assurances of leniency on marking, all we are left with is a lot less freedom to write on something that we may otherwise have wanted to were it covered in class.

Moving on, as an English student I base my opinions on points two and three largely on my experience with the HUMs office, who seem to have displayed a blatant disregard and disrespect to the academic wellbeing of the humanities students.

We have had enough uncertainty. We need clarity.

To cut a long and rather tedious story short, we received an email a few weeks ago telling us categorically that we would not have any deadline extensions because everything needed to be marked in time for finalists to graduate. That made sense, and, whilst being annoying, it at least gave us clarity of our situation.

Last week, we received another email from the HUMs office telling us that deadlines may be extended. We were told that we would be informed no later than the next day about any changes. We heard nothing. We have still heard nothing. 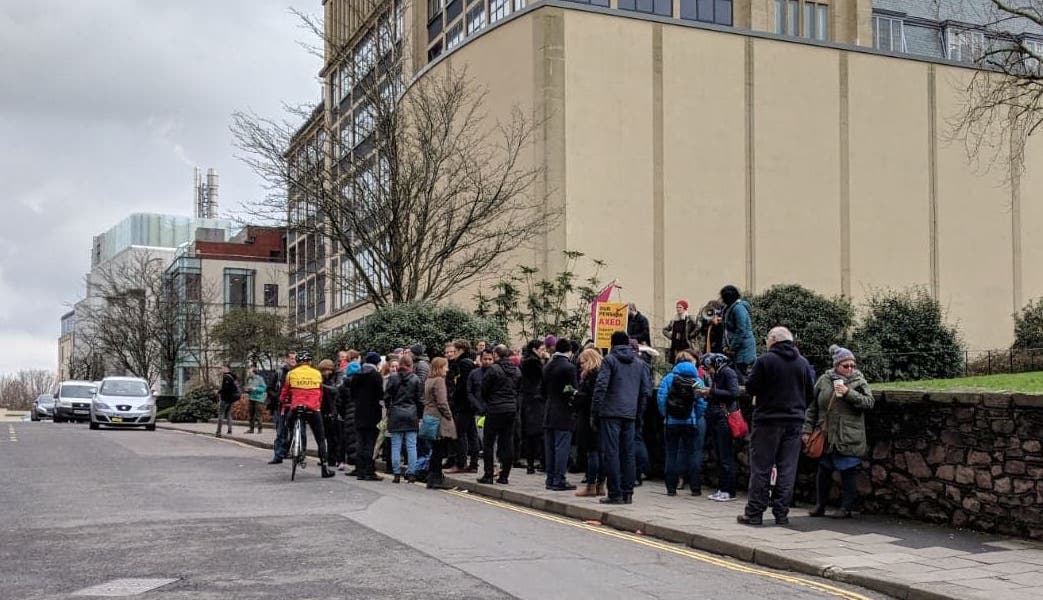 The UCU strikes finished a while ago now, but are the effects of them being handled appropriately?

A phrase I grew up hearing from my dad was: 'a quick no is better than a slow, lingering maybe'. If this is not an incredibly apt time to use it, then I don't know what is.

Admittedly, the wording of the email ambiguously implied that only those with extensions would be emailed the following day. Given, however, that we were under the impression we would not have extensions, and then were teased with the possibility of extensions, might it not have been a semi-respectful move to give us some clarity once and for all? Did it not cross their minds that by throwing us into further, unnecessary uncertainty goes against their pledges to minimise the effects of the strike action? Apparently not. Apparently the words on those emails telling us they care about how we will deal with the situation we are in were empty words.

Might it not have been a semi-respectful move to give us some clarity once and for all?

If they were to honour their word, the most obvious way to do this would of course be to grant extensions. We are now in a situation where we have clashing deadlines which not only increases stress-levels, but, more importantly, means that we will not have received any feedback by the time we have to submit our next essays. What is the point in giving us feedback and tips to improve next time, if we are unable to use them 'next time'?

As one student said: 'I just find it a bit worrying that the people deciding all these things are the same ones who are either marking the essays or who have been on strike and therefore have vested interests in not wanting them moved or wanting them moved to certain dates. They’re not listening to us especially about this and it furthers this feeling that we’re just collateral.'

Being made to feel like collateral, as many students do, I'm sure is not the intention of the relevant parties, but it is certainly the effect - ironically, it is the only certainty we have. Indeed, the issue, for me and many others is not solely about whether the deadlines will be moved or not, but is about the woefully abject communication on display from those behind the operations.

Being made to feel like collateral, as many students do, I'm sure is not the intention of the relevant parties, but it is certainly the effect

Is it so hard to send us an email telling us that no extensions have been made? Or if that would require too many different emails (although multiple emails still are not that hard to send, and given the situation we are in I really struggle if the office cannot be bothered to spend an extra half an hour or so sending emails personally to students to give them the clarity they need), send a collective email saying a new submission schedule is on Blackboard which details all we need to know.

I am fed up of receiving emails telling me that they care about the impact these strikes have had on my studies, and then acting in ways that suggest the complete opposite. The industrial action gave us fourteen days of uncertainty. This uncertainty has still has not fully recovered due to the possibility of the strikes extending, and we of course have no information about that yet. But we have had enough uncertainty to last our whole academic careers. We need clarity, and it is down to those behind these emails to provide that.

Editorial note: information about extensions is now available to Humanities students through the submission schedules on Blackboard. This article keeps its relevance in arguing that the time it took, and the lack of clarity regarding why some deadlines have not been extended, and that those without extensions were not explicitly told has been unnecessary and unhelpful.

What do you think about the way the effects of the UCU strikes are being handles? Let us know...