Almost exactly a year after the release of his sophomore album Zeroes, Declan McKenna takes to the O2 Academy to play it live for the first time.

His fanbase proved as loyal as ever, out queuing in full force since the morning of the gig. Just 22 himself, McKenna has an impressive hold on the indie youth of today – a voice of reason as he navigates themes of hypocritical governments and environmental emergencies.

Support act CMAT was a hit – armed with a pair of heart-shaped sunglasses and Irish charm, she blends bubble-gum pop with a subtle country twang. A self-proclaimed ‘sexy bitch with a guitar’, she’s funny too. She sings about a ‘breakdown’ she had in KFC, then produces an omnichord for a song that ‘sounds like the Postman Pat theme tune’. The crowd are captivated, quickly picking up the chorus of final song ‘I Wanna Be A Cowboy, Baby!’.

McKenna starts how he means to go on – after opener ‘Beautiful Faces’ confetti rains down, almost as if this is the finale. His enthusiasm only grows as he launches into crowd-favourite ‘Rapture’. The scene is fittingly biblical as a disco ball reflects the stage’s lights, beams splaying from behind him. He basks in the glow, our indie saviour for the evening.

The crowd match his dramatics; each new song is met with a mosh pit more frenzied than the last. The energy never dulls; new single ‘My House’ receives the same raucous applause as old favourites like ‘Make Me Your Queen’. There is a moment of calm for soaring ballad ‘Be an Astronaut’ as he ascends the stage’s stairs to his keyboard, his band pulling off epic guitar riffs below.

As soon as McKenna leaves the stage, he is beckoned back by a chant of ‘Oh, Declan McKenna!’ in true ‘Seven Nation Army’ style. He’s running off pure elation – quite literally running laps around the stage – in disbelief to be playing live again. He pauses to talk about how much he loves Bristol – the people, the hills, the ‘things’. Because he loves us so much, he says, we’re treated to a cover of Aretha Franklin’s ‘I Say a Little Prayer’ (the song he believes should have scored the top spot in Rolling Stone’s recently updated 500 greatest songs of all time).

Final song ‘British Bombs’ encapsulates McKenna’s unique power – producing political anthems you can dance to. The youthful crowd mobilise to lyrics condemning the hypocrisy of the British arms trade as confetti rains down once more.

Declan McKenna never holds back – seeing him live is a truly magical experience.

Have you seen Declan McKenna live? 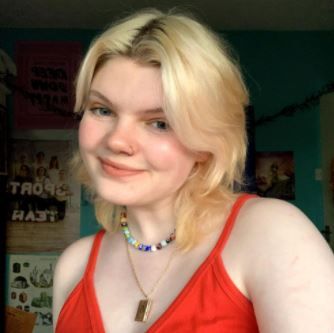 How to survive the first weeks of term

NEXT
the croftfoodfeatured topone sidebar

Our Favourite Lunch Spots Near Uni