A divided city. A new King. A woman who will stop at nothing to honour her brother.

That message blazes across the ‘Antigone’ section of the Brave Mirror website, a theatre production company made up mostly of Bristol University students, although not a University society. It’s daring content to deal with on a zoom-produced play, so I was very intrigued to sit down with the team.

Director Jamie Saul describes his familiarity with the play - ‘It’s always been in the back of my mind as a play I’d like to direct. I feel it’s a modern story, the themes are contemporary and speak to the current moment in a lot of ways.’

Conflict, division, death and redemption are just some of these themes, and according to Saul the fate of Antigone and Creon provoke relevant questions: about misogyny, about a divided society after social and political upheaval.

‘The play doesn’t come down on whether either side are right;’ says Saul, ‘That’s part of the reason the play is interesting.’

This particular production was always going to take place online, although manifested during lighter restrictions than current ones. The tragic tropes of singular time and place in 'Antigone' promoted it as suitable for the next virtual piece.

I was very intrigued to speak to Tom Duggan, the producer, about the process so far. Brave Mirror had done a small online production over summer, giving them some insight into the challenges they might face, as well as difference in audience interaction that comes with virtual theatre.

‘We decided not to do it live early on,’ Says Duggan - ‘for practicality reasons, also to allow us a bit of creative license with editing’. The whole play was recorded over 5 days, they are currently in the editing process.

This leads to a question of the characteristic Greek chorus. Duggan and Saul talk animatedly about the interim scenes when the chorus would usually perform now spaces for more cinematic moments. This includes stock footage, and a deviation away from the singular setting of Creon's government room.

Here, Jack Harding's music comes into the play. ‘The subject matter is very grand. It’s about a revolution, with multiple tragedies’’ says Harding ‘So I wanted to take a grand orchestral direction.’

‘The play doesn’t come down on whether either side are right;’ says Saul, ‘That’s part of the reason the play is interesting.’

This obviously proves difficult during COVID, and Harding describes having to resort to software instead of collaboration with live musicians while trying to retain a notion of live music rather than film soundtrack.

In contrast, the rest of the process seems to be quite typical (or typical as possible) for a theatre production. The cast have to be ‘off-book’(they can’t just read their lines off something). They did a live dress rehearsal, and Duggan describes the nerves and anticipation that was so useful in trying to create the atmosphere of live performance.

But this certainly doesn’t sound easy. Saul talks about how he gets the best out of a cast by getting a piece ‘on its feet’, not exactly possible when everyone is in different locations. So-called 'Zoom fatigue' was rampant with hours spent rehearsing over it.

Saul also talks about the difficulties of cast bonding, using break out rooms to try and replicate some semblance of the usual relationships created.

Seemingly, there’s an overall attempt to avoid the artificiality of a zoom-play (forced plot lines and character changes to fit remote recordings) while still retaining the spirit of live performance. It’s an interesting line to walk, and I’m intrigued whether it’s pulled off.

‘Antigone’ will be a brave exploit, suitable for Brave Mirror Productions.

The recording will be released on Friday the 19th of March at 7:30pm, and available here. 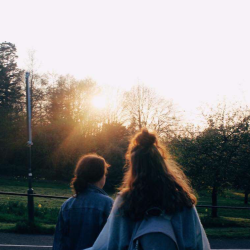