'Studies say heroin is easier to give up': Students on quitting smoking

By Daisy Lacey and Brian McQuater

The Croft Magazine // While many students claim to be 'social smokers', others begin their student lives battling a smoking addiction. Two students provide us with their unique experiences of quitting.

A sensory memory no smoker will forget is the first time they had a cigarette. Although the stories themselves differ slightly amongst smokers, the taste and olfactory sensations are not only ingrained in the mind, they are the hardest part of quitting smoking.

I remember the first time I had my cigarette aged 15. I was a stupid teenager who thought it would be really cool to smoke and I struggled to quit smoking since. That was until I was 25 years old and thought after ten years of smoking, it was time to retire my lungs from their carcinogenic exercise.

Smokers don’t often realise they are victims of addiction.

There is something I used to find so unusually comforting about the sensation of inhaling warm nicotine into your bloodstream. Even when the European Union took control of marketing not only the easiest to access of demerit goods, but addictive as well, it still failed to curb my craving for nicotine.  When they stopped selling ten packet cigarettes, I still continued.

The moment I decided to quit smoking was at the end of 2018, when I found I was spending nearly fifty per cent of my wages on cigarettes each month. As an asthmatic too, I noticed how much it affected my respiratory system once I had decided to quit.

After my GP performed cartwheels of joy over my news to quit smoking, she prescribed me champix. These pills of doom are Nicotinic acetylcholine receptors, which is a scientific way of saying that it triggers your brain into thinking that you have consumed enough nicotine whilst it simultaneously convinces you that nicotine tastes awful.

I started the course and felt the effects of the tablets kick in roughly three days into the 12-week treatment plan. After that point, I was on my own. I will admit that I did suffer with some rather colourful side effects such as nightmares and – the most common side effect – nausea. I felt that champix had released me from the trap of the addictive cycle from smoking.

I also need to mention that I was also advised to write down a list of reasons why I wanted to quit smoking by my GP and the practice nurse. This was to ensure that if I felt like I would cave in after the 12-week treatment, I was to read my list aloud to myself to counteract the need for a cigarette.

This may seem like common sense and you as a reader may be questioning why I didn’t consider this magical approach before. When you are addicted to anything, your brain feels the dependency on the substance to the point you think you cannot function without it. Nicotine is so addictive that there are studies to say that heroin is easier to give up. You end up in a vicious cycle where the addiction becomes habitual. My advice to quit smoking starts with writing a list of reasons why you want to quit first of all. You should then go to your GP, they will be able to suggest various treatments and methods to help you give up smoking.

If you ever fear you will be tempted to take the habit back up again, just think about the positives from quitting. My senses have gone back to normal, I forgot how much I liked the smell and taste of certain foods. My stamina has improved immensely – although the stroll to the Clifton campus is a bit strenuous for this flat-footed northerner – and I can breathe much more easily.

I never realised until stopping how much I have missed out on certain events.

I would sneak off outside to spark up my Marlboro light, leaving my friends inside, in the warm, giggling away. I would be shivering outside, damaging my immune system for a drag of a cigarette.

Dear reader, I hope this article makes you question what you miss out on as a lover of tobacco. I cannot lie and say that quitting any addiction will be easy but, the sense of accomplishment when you have stopped cannot be compared. That is a sensory memory as an ex-smoker, I will never forget.

Three years ago, visiting the doctors during yet another bout of severe bronchitis, I was told ‘stop smoking, or the next time you are like this you will probably die. Put your affairs in order and make a will’.

I reacted badly. I was very angry – not at myself, but at the doctor. I had smoked for over forty years: I was a dedicated, fully committed smoker and she was telling me to stop. Death as an option did not dawn on me at the time.

A leaflet about where to get help was thrust into my hand. I almost binned it, but fortunately I did keep it. Once I focused on the cause of my dilemma, which was obviously not the doctor, I focused on recovery from illness. Once I was well, I took the next step: prevention. I looked at the leaflet, phoned the helpline, and joined a stop smoking clinic.

Attendance at the clinic was planned for roughly twelve weeks and was run by a health professional in a fairly local community hospital. The atmosphere during the clinic was always non-judgmental, relaxed and very supportive. Around ten of us attended each week. We all had to blow into a device that measured carbon monoxide, a by-product of incompletely burnt tobacco. Needless to say, mine was the highest of the group.

On the first day after the measurement cycle, a short talk was given on what burning tobacco does to your body, addiction and the other reasons for smoking. This was followed up each time a new team member started. Other talks were based around stopping smoking and the range of products available via the health professional.

There were patches, sprays, gum, lozenges and, my choice, oral medication. The oral meds were designed to reduce the agony of cravings.

Coming off the highly addictive nicotine, and the habit of smoking itself is really tough.

It’s alleged that it is as difficult as coming off heroin – I personally can't verify that.

I gradually cut down the number of cigarettes I smoked, which was not a viable long term plan, and I stopped on 2 January 2017. I continued going to the clinic for eight more weeks. The group sessions were the catalyst to stop, one to one clinics would have failed. I daren’t start smoking again.

Find The Croft Magazine inside every issue of Epigram newspaper. 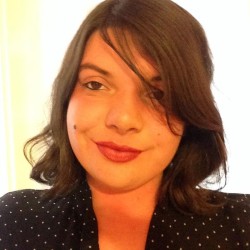