Ellen Kinsey sits down with APRE before they kicked off their first headlining tour at Bristol's Louisiana.

The Ealing duo have fast-tracked to success, with their contagious live energy and punchy sound. Their live performance matched that of the intricately layered sound of their EPS. The multi-instrumentalist band comprising of Charlie Brown (lead singer) and Jules Konieczny (lead guitarist). Sporting their emblematic red shell jackets coordinated with the drum-machine induced an 80’s era experience.

Before the gig, I sat down with the duo to discuss their rapid success, their sound and their music creating process.

What is the significance of your name APRE, and how do you pronounce it?

Jules (Guitarist): It almost means ‘after’ in French and a lot of the songs have time references in them. The first EP we did was called The Movement of Time that came about because of the name at the time. The next one was Drum Machines Killed the Music which is a movement in time from when the '80s the drum machines came out. The last one is called Everyone’s Commute which is about the future and commuting through life through the tube and stuff; no one is chatting and everyone is locked into technology. So they are movements through time.

How did you guys form your band?

C: Jules and I used to go to Ealing chess club, this was three years ago. The owner, paired us up because she knew we both liked music. We played chess together for a year or something and got chatting. I was doing a lot of production stuff at the time and Jules on the guitar. Then we thought we would do some writing. Then we started touring with a different band but we weren’t writing in it and I think our passion has always been writing the music. We only started doing it properly in April a year ago.

You both feature in red coats on album covers and live performances. Is there a meaning to the red uniform look?

J: When we were first coming up with concepts for the first EP and stuff we wanted to bring in different things from different times. We wanted to bring in the '80s shell suit jackets because a lot of our music is inspired from that era - like the drum machine. Then we started wearing them in a photo shoot and live. No offence to the others, but it also differentiates us from the other members from the touring band, it is a good way between distinguishing who is in the actual band. I have a new red one, but I don’t have the guts to wear it it is a bit shiny.

What is your favourite song that you have produced so far?

J: My favourite song is called 'Someone That Loves You', but it is going to now be called 'Comedown', which will be the next single in a month or two. I really love that one because it is a bit of '90s Primal Scream-ish.

C: In terms of capturing and hooks of emotion I would say 'Without your Love'.

What is your favourite song to perform?

J: We have this vibey song at the end of our set called 'Dream World'. I get the only guitar solo in the APRE catalogue and it is just really fun.

C: I can tell you the one I hate playing: 'Backstreet'. I hate that one, we get it out the way the second song. It is quite an old one now.

How would you define your sound in three words?

M: Really fucking good. That was a joke, just letting everybody know. What about Monday, Tuesday, Wednesday.

What is the most important element of a live show to you?

C: Dippage. Basically, I’ve seen a lot of bands recently. Big and small bands, they just come in with six songs and just drive it though and by the end, you are running out of momentum and just think “Man, I really need a piss.” For me, you need four or five quite up there with the energy and then bring it right down. Someone told me once when I was fourteen when I was playing the drums in some pub, 'just because it’s loud doesn’t mean it’s good.'

What is your songwriting process, I know you guys put in a lot of precision into your lyrics? Do you write separately or together?

J: We used to write a bit more separately at the start but now it’s completely us two in a room together, we will come up with a loop of something, like a sample from something we like. For example, in 'Everybody Loves You', the sample of the choir that we like and then we build off of that. Then get a verse and then Charlie will improvise over that vocally for a while and then sometimes lyrics will come from that. Then sometimes we sit down and say, this is going to be about that.

C: With writing something, it is all about a vibe. I think you only need two to four bars of something that is quite good. I think that we’ve gotten better at thinking, if something is not good it’s best to just sack it off. Most stuff should only take us about three hours.

What do you reckon was the most difficult track to create?

C: There was one that was a faff, 'Feels like Heaven' and it's still not right. We need to redo that. That song is difficult because it is a bit EDM but we are not EDM. It’s quite different to our other stuff. It needs to be pulled in a bit. Sometimes having too much doesn’t work. Taking stuff out makes it bigger.

J: 'When You Love Someone' - that one is hardest production wise.

What was your favourite live performance that you’ve done?

J: We performed at a festival in Zurich a few weeks ago. For me that was amazing, we were in an underground club and it wasn’t that big but it was packed. Basically, all our gear was hired and everything had a massive chance of going wrong but it didn’t. It was a great gig and everyone danced, it was great.

C: I really liked Paris, that was really cool and Manchester the other day. The Paris show was the best. I was feeling really ill…

J: You had a hangover.

C: I haven’t drank much since then. When we did the gig in Paris, before we had a gig in Belgium and we drunk nearly six pints, but it is so strong like 14%. I went to bed thinking, I am a legend, I don’t feel drunk. Going to wake up, going to be great tomorrow. Then the next day we were like 'oh no'. The drive then to Pairs took 7 hours. Then when everyone was singing our songs, it was like a drug or something. A mix of adrenaline and just happiness.

Final question for you guys: what song of yours best defines your sound?

J: 'Without your Love'

C: Our manager would say 'All Yours', but I would disagree. I am going to go with 'Without Your Love' or a mix between 'Gap Year 2008', 'Everybody Loves You' and 'All Yours'.

APRE started the set with 'All Yours', the fan favourite. The room corresponded to their energy as the set carried out the particular ‘dippage’ that Charlie was insinuating to. They lead with their high-intensity songs such as 'Back Street', then bringing it back to the more toned down ones like 'Everybody Loves You'. With the mixture of synths, sampling and catchy guitar rifts; meant that each track was tied together by fun interludes. The penultimate track 'Without Your Love', summarised by the two as the song that 'best encapsulates their music' left the audience singing along at the catchy track. Then ending the show with the funky and dreamy track, 'Dream World'.

In all, although APRE fall into the alternative genre they have a unique sound that I have not heard in a while. Encapsulating substantial storytelling, a multitude of instruments that make for an intricately layered production and charismatic live energy. These components make up the formula to their quick success.

APRE gave a memorable live performance and I am looking forward to seeing what they will produce next. 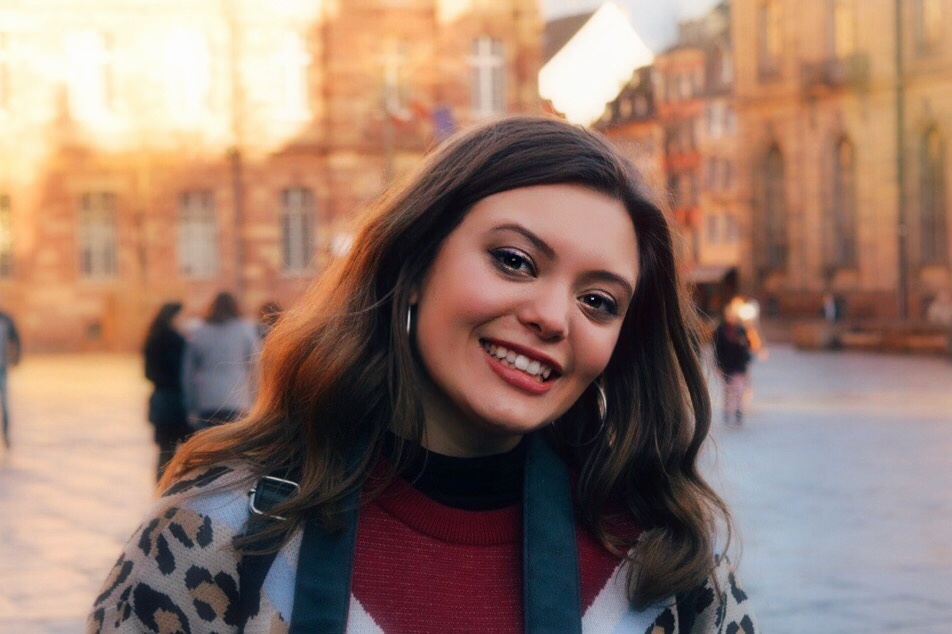