Left things to the last minute and got no accommodation sorted for next year? Look no further. In the second instalment of our series on unusual living scenarios, Lucy Bird shares her experience of spending her first year living in Bristol's Catholic Chaplaincy.

Results day was suddenly upon me, and lo and behold I had gotten into Bristol! I was very happy and relieved, despite a little disappointment as Durham had been my firm choice. This happiness took the back seat when I realised, three weeks before I was meant to move in, that Bristol don’t guarantee accommodation to insurance offer-holders.

Mum and I descended into panic mode; we were getting in touch with anyone we knew who had even the most tenuous Bristol connection. After numerous emails, phone calls and a video interview with a private landlord, my Godmother rung up the Catholic Chaplaincy. Although my family aren’t Catholic, my sister and I converted as we went to Catholic schools. The Chaplaincy ended up offering me a box room which they have reserved for guests. Whilst my family (my Grandma in particular) were relieved that I had somewhere safe to live, I was worried that all the people living there would be so incredibly devout there wouldn’t be such a thing as fun allowed... 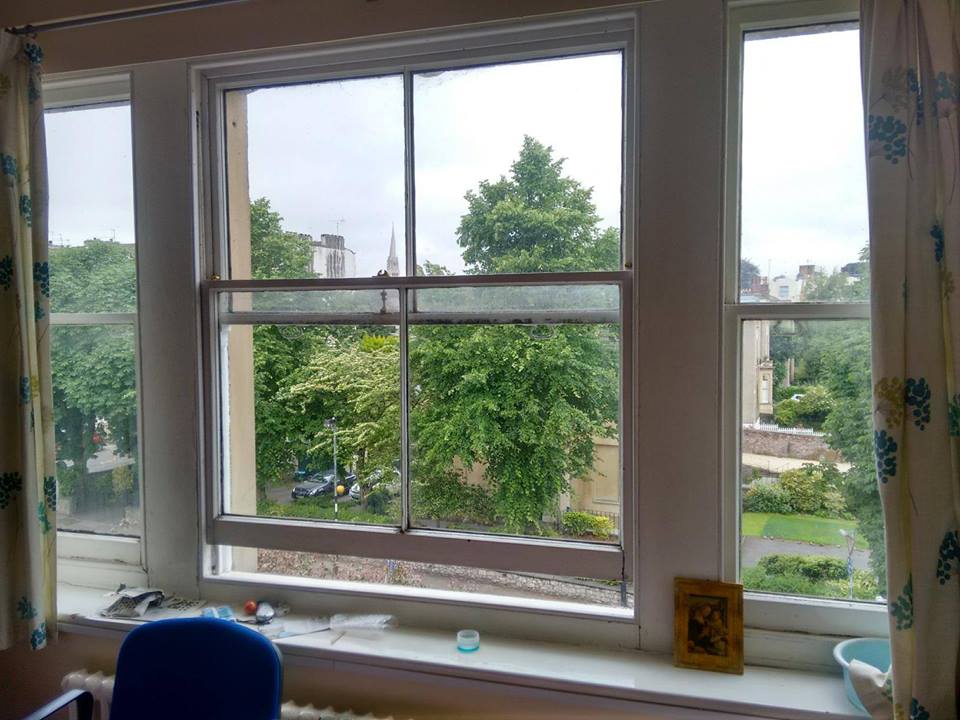 How wrong I was! Within a week of living there, I was offered a place in halls but liked it so much at the chappo (Chaplaincy) I wanted to stay. There were twelve members of the household, about half were international students and there were also about five PhD students. We took it in turns to cook four days a week so that meant you didn’t cook often but when you did it had to be for twelve people! The house was huge and even had a common room with a projector, making it perfect for film nights. So, thankfully, my box room with no space for a desk (nor a wardrobe) didn’t cramp my 6-foot-tall frame too much. It also helped that I moved into a room quadruple the size after Christmas! There was never a quiet moment between the residents, their guests and members of the Catholic society coming in and out, but I loved it as I am a very sociable person and there are members of the household with whom I am still good friends today.

Look how much you could have if you came to Lectio tonight at 6.30pm! We start off with tea and biscuits and then at 7 read next Sunday's gospel before reflecting on it. It is a nice way to hear about different faith experiences and grow in faith. Every Wednesday at the Chaplaincy. #lectiodivina #catholiclife #catholicstudents #catholics #catholichurch #catholicchaplaincy #prayer #spirituality #reflection #bible #cliftondiocese #wearebristoluni #uwebristol

A post shared by Bristol Catholic Chaplaincy (@bristolcatholicchaplaincy) on Jan 30, 2019 at 7:47am PST

After living in the house for a year, I decided to branch out and live with non-Catholics, but throughought my second- and third-year I still attended CathSoc events. I was Social Secretary last year and run a Bible study group this year. I am very grateful for the opportunity of living in a community that helped me to grow in my faith, as well as teaching me not to buy into the stereotypes of religious people.

Have you found yourself in an unusual situation accommodation-wise? Epigram wants to hear about it!

Feature / A masterclass with Cory Wong