Mid90s rides with its brilliant soundtrack and emotional core

Jonah Hill’s directorial debut is considered enough to make the most of its coming-of-age, teenage skateboarding group premise.

There are two thumping scenes in Mid90s. Both you see coming from a plot perspective, but the execution is surprising in how short-lived the moments are. The cuts come far sooner than expected, and the abrupt nature of both will shock you to your very core.

On the surface, Jonah Hill’s first effort in the director's chair looks like his big break in acting, Superbad (2007): a teenage story of male friends making crude jokes and rolling through life. The 13-year-old protagonist, Stevie (Sunny Suljic), desperately seeks approval from the group of older skateboarders he sees hanging about his LA neighbourhood. He says and does anything which will bring him closer to them. Back home are his caring, but imperfect mother (Katherine Waterston) and his violent, loner older brother, Ian (Lucas Hedges).

Early on, the outrageous teenage humour of Mid90s is reminiscent of Hill’s comedy origins but with a greater self-awareness like Dazed and Confused (1993). This is despite jokes like a would-you-rather which descends dangerously into throwaway, hypothetical parental rape comments. It all starts from: ‘Would you rather suck your dad’s dick or eat your mom out?’

In another sequence set in their beloved skateboard shop, Ray (Smith) asks the group: ‘Why are white people so in love with their parents?’ The film negotiates these risqué jokes because of its perspective of the age, era and maturity of these young characters, one of whom is literally nicknamed ‘Fuckshit’ due to his instinctive response to impressive skateboarding. ‘Fuck… Shit… Man, that was dope,’ he regularly says. 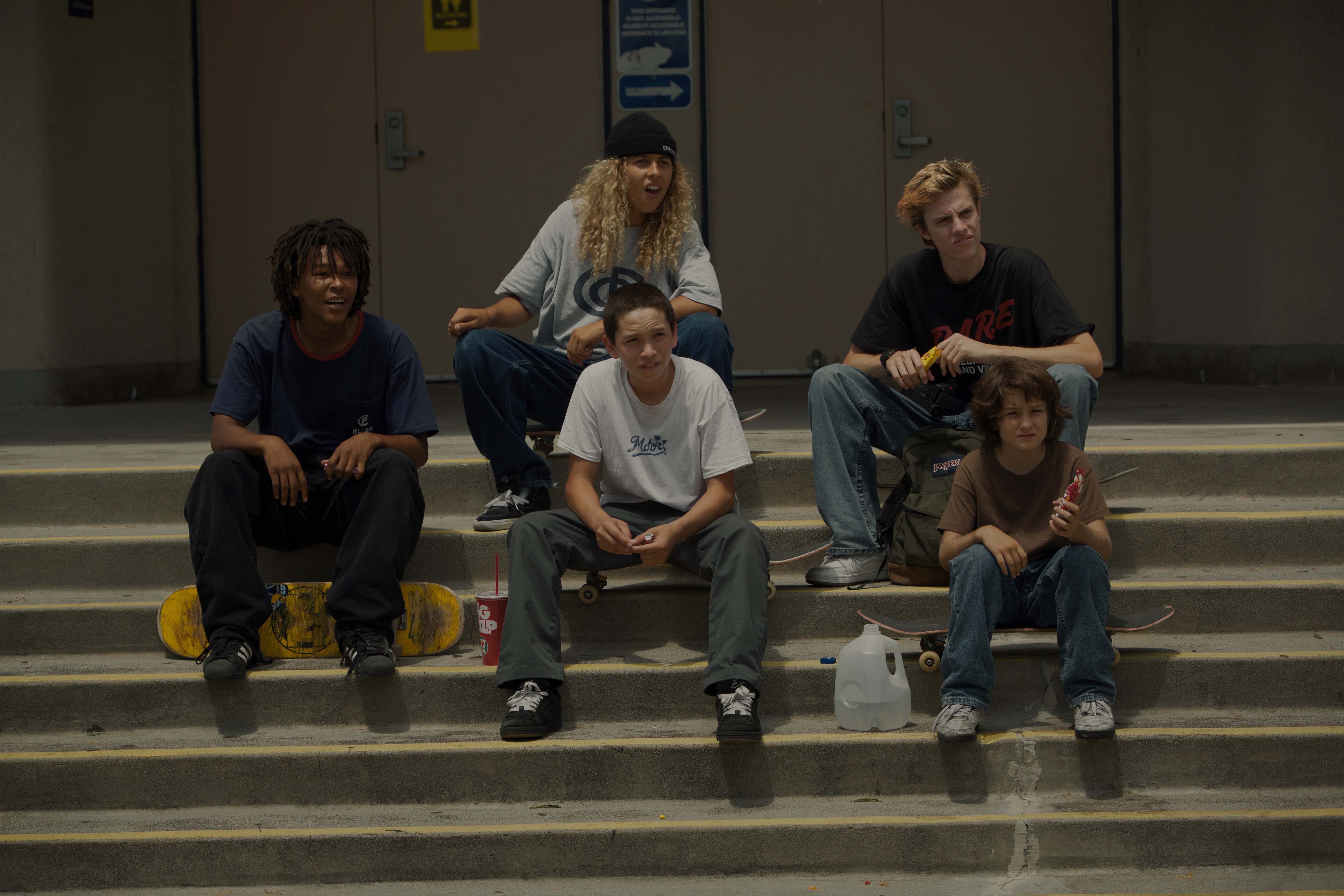 This authenticity fuels every exceptional aspect of Mid90s. Its star, Sunny Suljic, is 13 years old in real life, the same age as his character. Two of his older, new skateboarding friends, Ray and Fuckshit, are played by Na-kel Smith and Olan Prenatt, two real-life skateboarders who broke out into the mainstream eye by recording videos of their work, much like the group in the film. You would be mistaken for thinking acting was their primary career here with two standout performances ahead of the sidelined known talents of Waterston and Hedges.

The tension between the aspirational pro Ray and the privileged party-goer Fuckshit is filtered through their conflicting influences on Stevie, who they affectionately nickname ‘Sunburn’. It is not exactly new territory to see teenage characters dabble in alcohol, drugs, sex, and crime, but the very real awareness of just how young our protagonist is makes every misadventure more impactful and, quite frankly, disturbing. There is one party encounter where Stevie is with an older girl - a rare and short-lived female voice in this boy’s club - and it is testament to Suljic that this scene is as uncomfortable as the plot point should be. There are scenes of self-harm and familial abuse as well, which shock more for their context.

a time when it was you and your friends vs. the world. #mid90s in cinemas friday, book now: https://t.co/wyVUbjYL64 pic.twitter.com/EB3VoaSOvE

The many little details in Mid90s build up to produce a remarkable film, far more than the sum of its well-worn coming-of-age tropes. It is an homage to the era it is set in - don’t make me spell it out - with a 4:3 aspect ratio, a fisheye film-within-a-film at the close, a wonderfully compact 85 minute runtime, and ‘90s skater brands draping off shoulders. The most standout element is the glorious soundtrack ranging from Cypress Hill and Nirvana to Pixies and Seal’s classic ‘Kiss from a Rose’. Even if you don’t go see Mid90s, you won’t regret at least using its music as the backdrop to your next spring hangout.

In two parallel twin scenes, midway and towards the end of the film, members of the group skate down a sunkissed, wide LA road to Morrissey’s ‘We’ll Let You Know’ and they are the moments of iconic, community togetherness to take away from an otherwise teenage mess. The ending epitomises this also, and rides the bannister between high octane drama and emotional closure superbly. 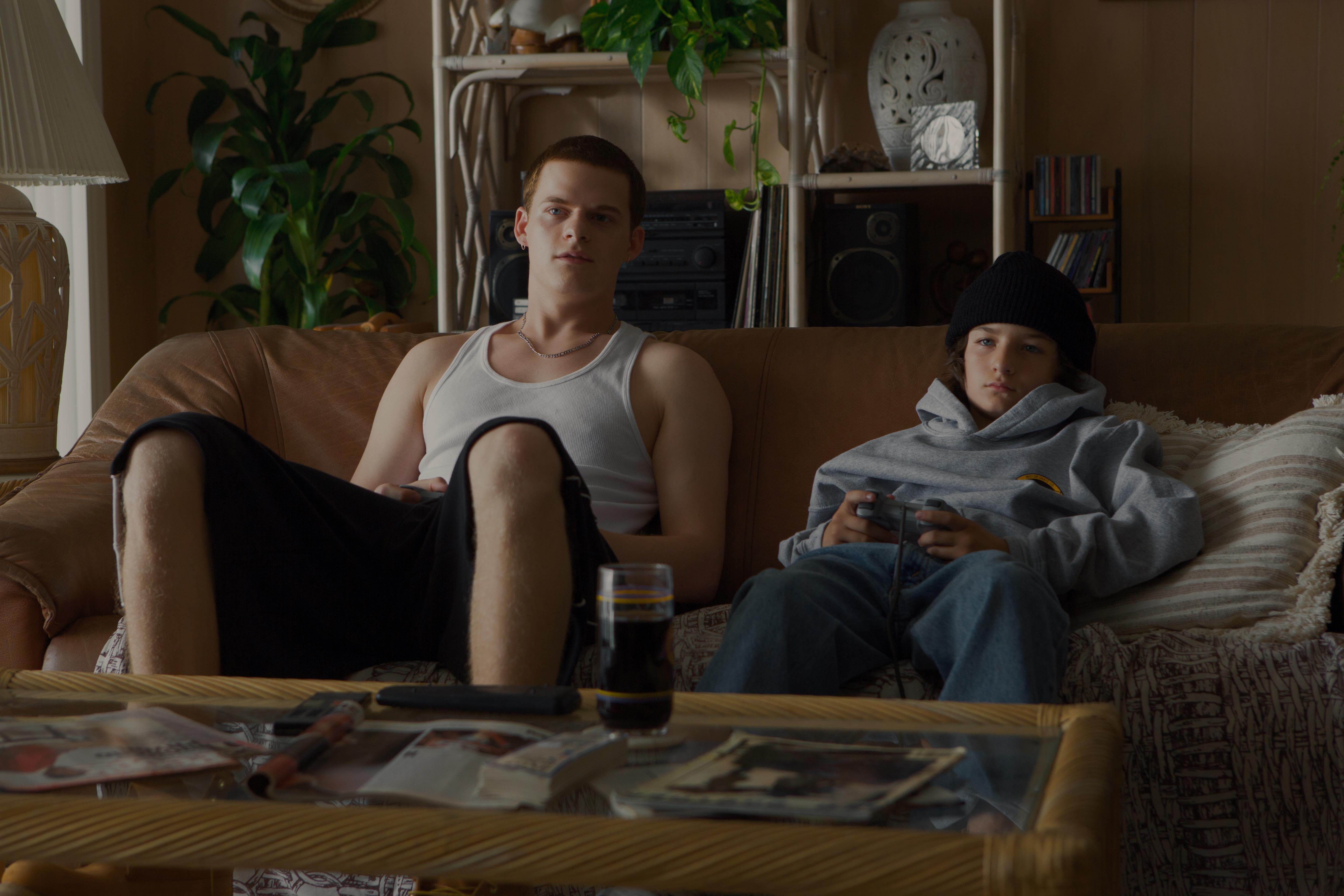 With Mid90s, Jonah Hill proves he has the vision, control and emotional intelligence necessary to expand his skillset into filmmaking. The result is an explosive hour and a half that is as hilarious as it is heartfelt.

Mid90s is showing at Watershed from 12 April.