The animation anthology series, produced by Tim Miller and David Fincher, marks an exciting time for the adult animation genre but the gratuitous placement of female characters in sexual situations is a distasteful trend throughout many of the episodes.

A celestial navigation error. The lost tomb of Dracula. A civilisation in a fridge. Love, Death & Robots, Netflix’s new animated anthology series, is an eclectic bag. Some episodes are great, some disappointing, and others memorable for all of the wrong reasons.

Comprised of 18 short films with broadly shared science-fiction themes, the project is the brainchild of Deadpool’s Tim Miller, who exec produced the series alongside veteran director David Fincher. Miller’s vision spoke of a canvas where ‘we can try shit, we can get crazy, we can get a lot of other directors in the mix, and do some really wild visual stuff’. The series is 18-rated and aims to make a case for the expansion of adult animation into the mainstream.

The third episode, a breathless short called ‘The Witness’, is the best-animated of all 18. Spider-Man: Into the Spiderverse’s Alberto Mielgo directed it - and it shows. The frame shakes and objects are pulled in and out of focus much in the manner of a live-action film, adding relentless tempo to the story of a young woman running from a man she has just seen commit a murder.

On paper, this is a sound basis for an exciting, engaging short film. Unfortunately, the protagonist spends well over half of the runtime essentially naked, having fled her apartment wearing only a skimpy kimono. She runs to her workplace - a strip club - and proceeds to give the customers - and the viewer - a full-frontal striptease. This sequence is lingered on, with several gratuitous closeups thrown in. It’s obviously expected that 18+ animation will include nudity, but there’s no need for ‘The Witness’ to be quite so gleefully pornographic in its depiction of a young woman running for her life.

Regrettably, this is not a problem confined to ‘The Witness’. The overwhelming majority of the female characters in Love, Death & Robots either remove their clothes, take part in a sex act, or are the victims of graphic violence. The men, mostly stubble-cheeked war-fighting types, get off far lighter. 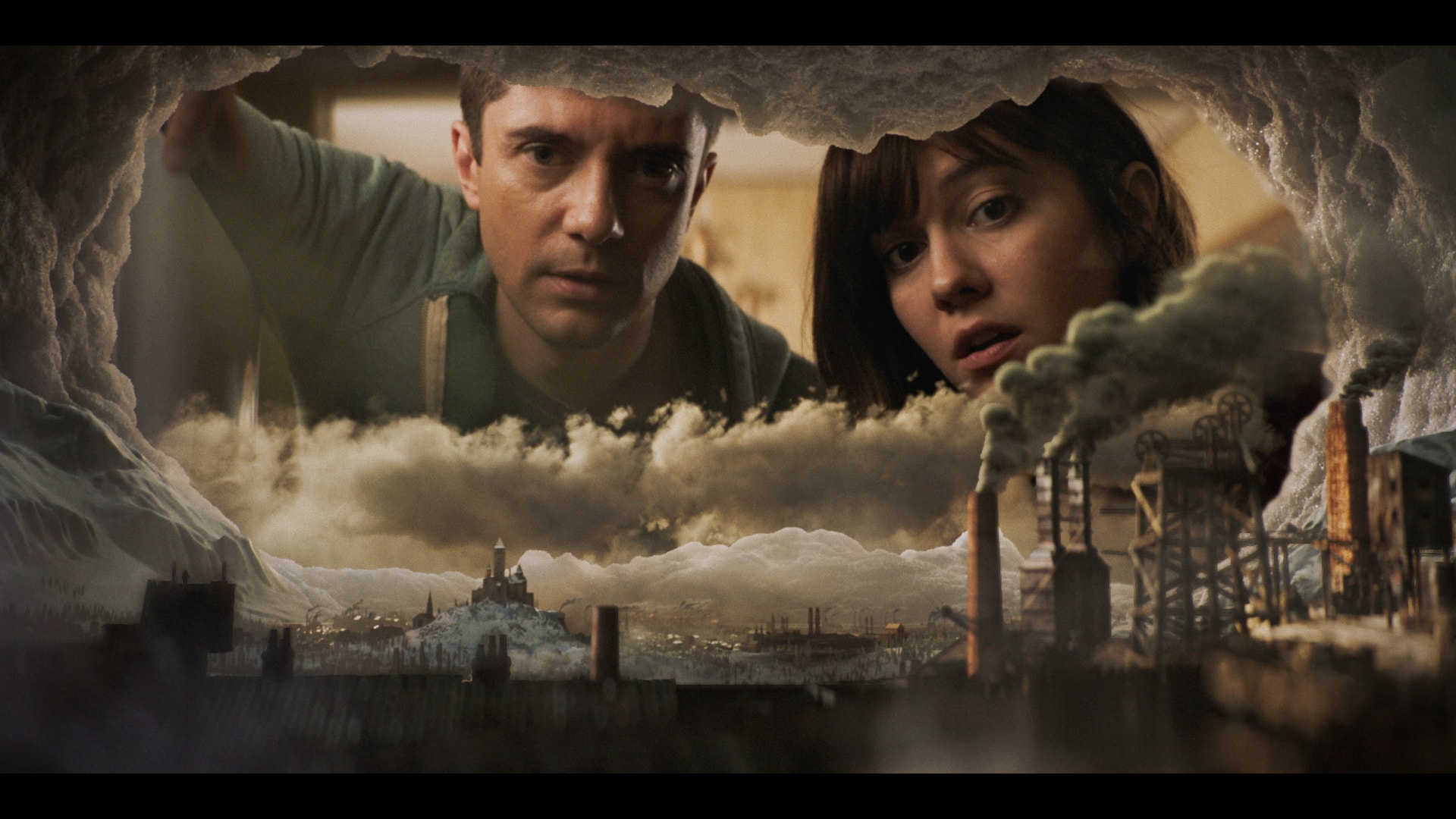 The protagonist of ‘Shape-Shifters’, an uncanny-valley story of werewolves in the US Marine Corps, has a long period of nudity, but never is the viewer invited to ogle him in the way they are the woman in ‘The Witness’. And the women in ‘Sonnie’s Edge’. And in ‘Good Hunting’. And in ‘Beyond the Aquila Rift’. This isn’t an isolated issue.

‘Good Hunting’ in particular stands out for the wrong reasons. The world - a steampunk colonial Hong Kong - is stunningly engaging and beautifully animated. Fans of the Dishonoured video game franchise will find clear similarities here. The central narrative, however, focuses on a female spirit who has to resort to prostitution to survive, before being butchered and remade as a sex robot by a group of leering British aristocrats. She runs crying to her engineer friend who remakes her as a clockwork fox - complete with meticulously crafted metal breasts. The episode never misses an opportunity to sexualise her, with its resolution segueing into an unsettling male-saviour fantasy that seriously undermines the quality of the animation on show.

Unfortunately the failings of Love, Death & Robots overshadow some truly wonderful moments. The mid-series run of ‘Fish Night’, ‘Lucky 13’, and ‘Zima Blue’ is home to the best of the bunch. The latter is based on an Alastair Reynolds short story, and tells the moving tale of a tortured artist grasping for a purpose in a vast universe. The writing here is classic Clarke-esque existentialist sci-fi, and shows how great this series could have been if it had paid more attention to story and less to justifying its 18+ rating.

It’s so disappointing that Love, Death & Robots has such good animations when their stories are nothing but sexist depictions filled with oversexualization & gore.

I tried so hard to like the series despite what I heard about it but it’s really hard to feel comfortable watching.

The animation on show in ‘Lucky 13’ is as close to photorealistic as I have seen and deserves praise - it’s just a shame that the episode trots through predictable plot beats in a way that never threatens to surprise. This is a common problem - ‘Lucky 13’, ‘Secret War’, and ‘Shape-Shifters’ feel closer in tone to video game trailers than the ‘crazy’ short films Miller promised us.

The series loses energy after ‘Zima Blue’, with ‘Blind Spot’ proving instantly forgettable and ‘Secret War’ trying to skate by purely on the cool factor of a Red Army platoon facing down a demon horde. Second-to-last sits ‘Alternate Histories’, an aggressively unfunny episode that has somehow crept into the series from a dark corner of YouTube circa 2011. In this woeful attempt at lol-so-random shock humour, a whimsically-animated Adolf Hitler is killed in a variety of supposedly hilarious ways, sending ripples through history. In one iteration the Fuhrer dies of sexual exhaustion in a swastika-shaped orgy, which somehow results in a bikini-clad woman landing on the moon in a dildo-shaped rocket. It’s offensive, tasteless, and frankly an embarrassing bedfellow for ‘Zima’. 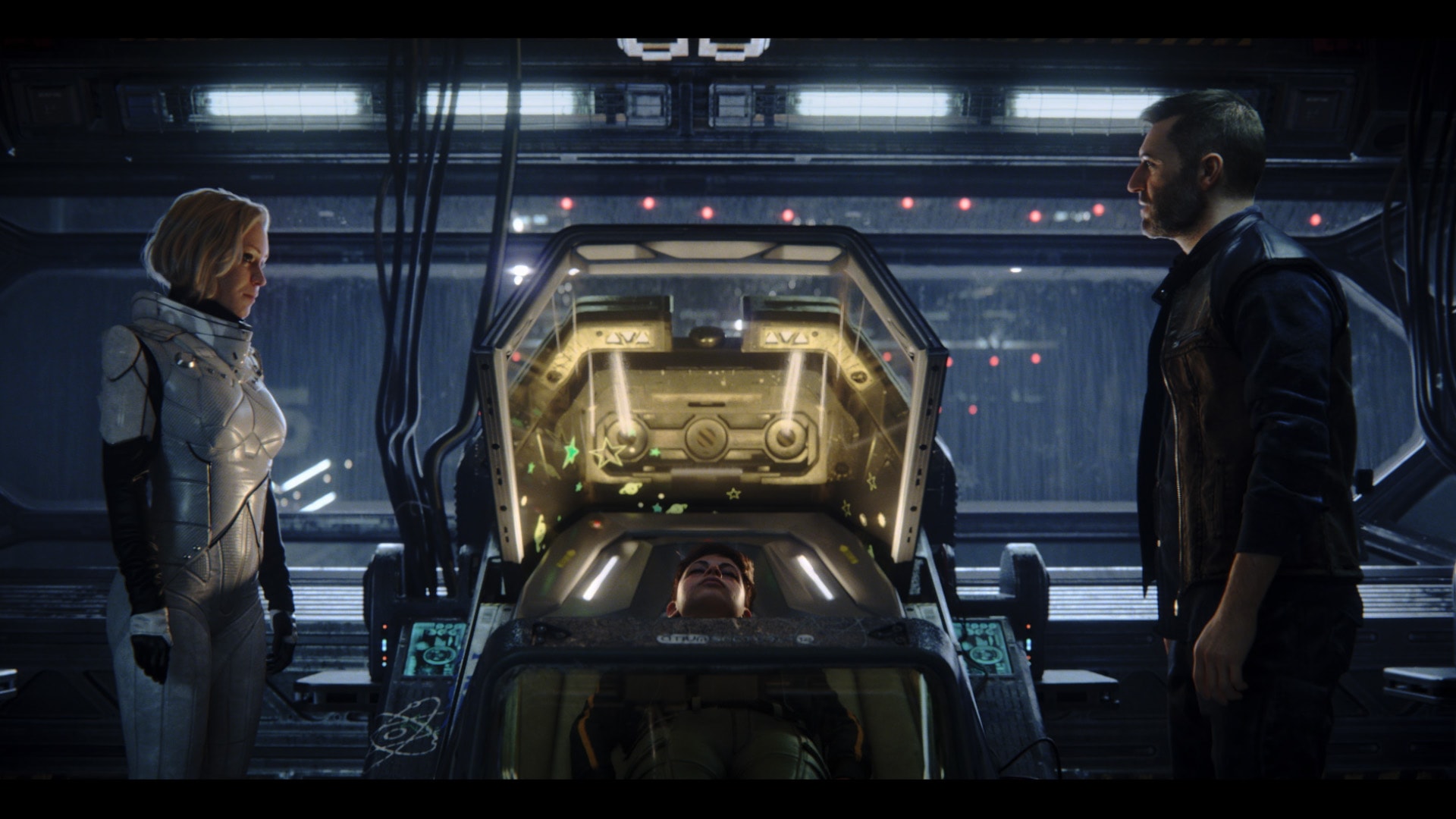 Love, Death & Robots sets an exciting precedent. Short films, anthologies, and adult animation are all areas I would love to see Netflix further invest in. As animation demonstrations, these films prove that more series are not only technically viable but also creatively exciting. However, the writing must seriously improve if Miller and Fincher want to make a pitch for mainstream appeal.

Is Love, Death & Robots an example of sexism in the fantasy and sci-fi genres?

‘A broken system’: No suspension or expulsion for students accused of sexual offences