Playing it safe to begin with, they performed Aaron Copland’s Fanfare for the common man. Composed in 1942 as a musical response to America’s newfound involvement in World War II, it set to music the words of vice president Wallace’s words in his ‘Dawning of the new century of the Common Man’ speech. Experimentally, an eccentric orchestral formation was used: the main orchestra seated beneath the august Grecian frieze, whilst a battalion of brass players assembled on the balcony to belt-out their iconic score in this call to arms. Whilst the strings section remained mute, first violin and orchestra leader Anneka Sutcliffe took to the bass drum, keeping a tight control of what was a tricky piece to time in such an acoustically idiosyncratic venue.

A really brilliant concert by @BMetOrchestra at @stgeorgesbris this evening. Very powerful and emotive pieces. I was sat in the front row so felt very much immersed in it. It's great being able to support such an excellent orchestra.

In both contrast to and in compliment of this, the orchestra then performed Joan Tower’s Fanfare for the uncommon woman No. 6. The dour, mechanistic chugging of the strings gives way to a far lighter, more organic musical atmosphere – a paradigm of growing female empowerment in the world of classical music. Dedicated to ‘women who are adventurous and take risks’, this 1993 fanfare was a savvy selection in response to both Copland’s fanfare, as well as to International Women’s Day two days earlier. The mellifluous playfulness of the trumpets cut through the hornets’ nest of strings with a delightfully puerile quality, alongside a glockenspiel spun through the piece like silk. With the arrival of verbose trombones, the fanfare took a sinister tone before rising to a Wagnerian crescendo which took away the collective breath. 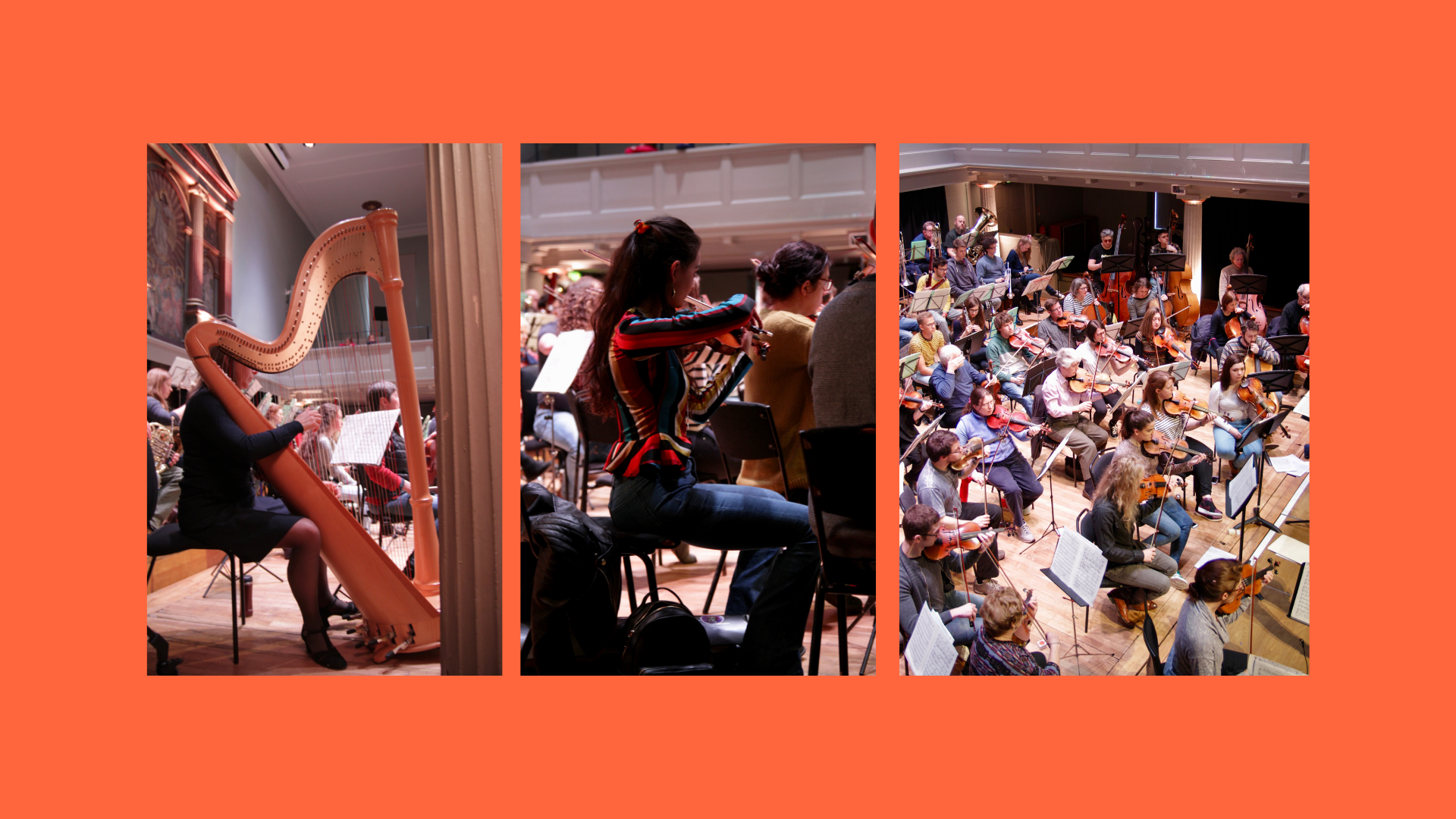 Britten’s headlining Violin Concerto Op. 15 had been eagerly awaited throughout the proceeding musical amuse-bouches. The pernickety percussive opening bars were threadbare, but the sirenesque playing of soloist Ben Baker soon settled any initial orchestral nerves. Baker’s showmanship caught the gaze and held it until the last notes ebbed away as he bowed, picked and plucked his way through three movements. He exuded technical mastery as he played on a pane far above the pounding percussion and earth-bound orchestra, whose faces were a picture of envious reverence during their rests. The homogenous fusion of orchestra and soloist occurred during the transient second movement, and this symbiotic relationship was a treat for the ears. Of particular merit was the intricate plucking of the harp, giving the movement its characteristically decadent quality. Such emotion was reached in this moment that the expressive movements from the timpani reflected Britten’s extreme theatricality. The third movement was a violin masterclass, as Baker’s solos developed an experimental quality, we watched a genius at work as the dogmatic composition of Britten’s hand leaked into the auditorium via our New Zealand virtuoso. It is, however, the bathos ending of this concerto with which I have long had a problem, and although well executed, it remained somewhat anticlimactic.

Sibelius’ seminal Symphony No. 2 in D major Op. 43 opened with its piercingly intense first movement. Contrary to popular interpretation, conductor Michael Cobb believes that its folkloric Finnishness comes from Sibelius’ intrinsic patriotism rather than an independence bid. This is an interpretation that I share, especially during the strikingly introspective sections of the first movement, during which muted horns entered surreptitiously beneath the woodwind, and there was a single phlegmatic commanding note from which themes sporadically rose. The programme notes informed us that the symphony caused Sibelius considerable trouble, this is reflected by the high opus number. In truth, Sibelius set himself an impossible task to portray the various cultural foibles of a nation in three movements, but such over-interpretation was in nobody’s mind as the orchestra faultlessly frolicked their way through the spritely folkloric second movement featuring more double bass plucking than a New Orleans speakeasy. We were, thankfully, all saved the embarrassment of uncouth inter-movement clapping. In the third movement, the cellos were at long last let off their leads to guide the orchestra through the minefield of the tempestuous scherzo, before softening into the final Tchaikovskian Nordic waltz, culminating, naturally, in rapturous applause.