The Gillette advert: time to look in the mirror?

The response to the Gillette ad has revealed that 'who we are as men' has come less far than we might have thought. But we can improve this.

Having grown up without a television and with corporations in general demonised at home, I am not one who normally sees value in advertisements, let alone watches them. When they pop up on a YouTube video, I skip them. When I cannot skip them, I turn the volume off. Such was not the case however with the recent Gillette ad.

With its sharp images, and the forlorn eyes that seemed a window into a tortured male soul, I was moved. At the end of the day though, admittedly, it is an advertisement, and serves to sell a product. Although it remains deeply haunting, and poignant, what has left me completely stunned is the reaction the ad has received.

In spite of who I am, I accept that maleness has left a stain on the world that is unique.

I took note of the thousands of men who, mashing their keyboards with pure rage no doubt, proclaimed an attack against ‘real men’ and in the words of Piers Morgan, implored that we should ‘let boys be damn boys, let men be damn men’. At this point I realised that I had been living in a dream world.

I had thought foolishly, that in this era of #MeToo, there was some progress being made, that we as men - as more modern, more conscious, and more thoughtful human beings - could better own the distinct role that we play in gender-related violence, in misogyny, in rape, in the many kinds of hurt we cause.

I was so very wrong.

You, the man who is angered by the Gillette ad, angered by what you perceive to be an attack on your masculinity, may accuse me now of being a “man-hater”.

To that, let me say the following: I am a man. I am not ashamed to be a man. Not only do I not hate men, but I’m sure you can gather what I’m hinting at when I say that I actually love them, more deeply than you ever could.

In spite of who I am, I accept that maleness has left a stain on the world that is unique. Manhood has been synonymous throughout so many moments and so many places in time, with destruction, and this is an undeniable fact.

Some have attempted to shift the perspective of the Gillette ad to deal with other groups, asking questions like, 'Well, what if it displayed all the negative qualities associated with women?'

I ask you to stop right there, and ask yourself if that really is a valid question.

Thanks @Gillette for leading the way. As a man and a father of 3 daughters love your message. Men are here to be respectful citizens,friends, husbands, fathers,and equals to women, empowering, respecting, loving them as they do with us from day one! @piersmorgan you are wrong!

I ask you, my fellow men, to sit down with a group of women and ask them about their experience of sexual harassment. I ask you to read statistics on gender-related violence globally on the WHO or UN websites. I ask you to think about increasing male suicide rates, and wonder if they are not the product of the stoic, un-emotional, and self-destructive presentation that we as men expect from one another.

If you, my fellow men, have thought deeply about all of this, and you continue to see no validity in the message of the advertisement, then I ask you to think deeper yet.

If you still feel so grievously and personally attacked, then you may owe it yourself to look in the mirror, and wonder if there is not something you have done that you are ashamed of.

What do you think about the advert? Let Epigram know! 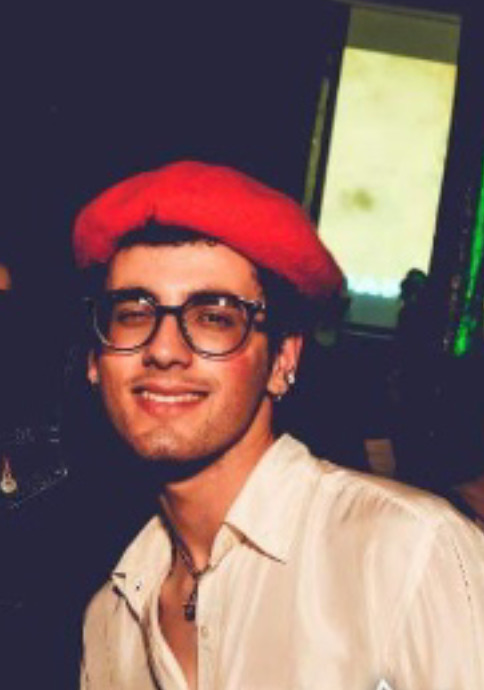 Jackfruit: the meat substitute to try this Veganuary

Colette is a feminist and queer icon, but the film could have been more exciting