BBC One remains the TV channel to watch on Christmas Day

The national channel has hosted family Christmases since television became popular, but how is its offerings this year?

The mist clears and we see two figures running towards us. Is it Batman and Robin? No, it's... Del Boy and Rodney. That was Christmas Day 1996, taken from, of course, Only Fools and Horses (1981-2003), and it's since been cemented in the British consciousness. But what does Christmas Day 2018 on BBC One look like? Well, you needn't guess because the schedule has been released early. 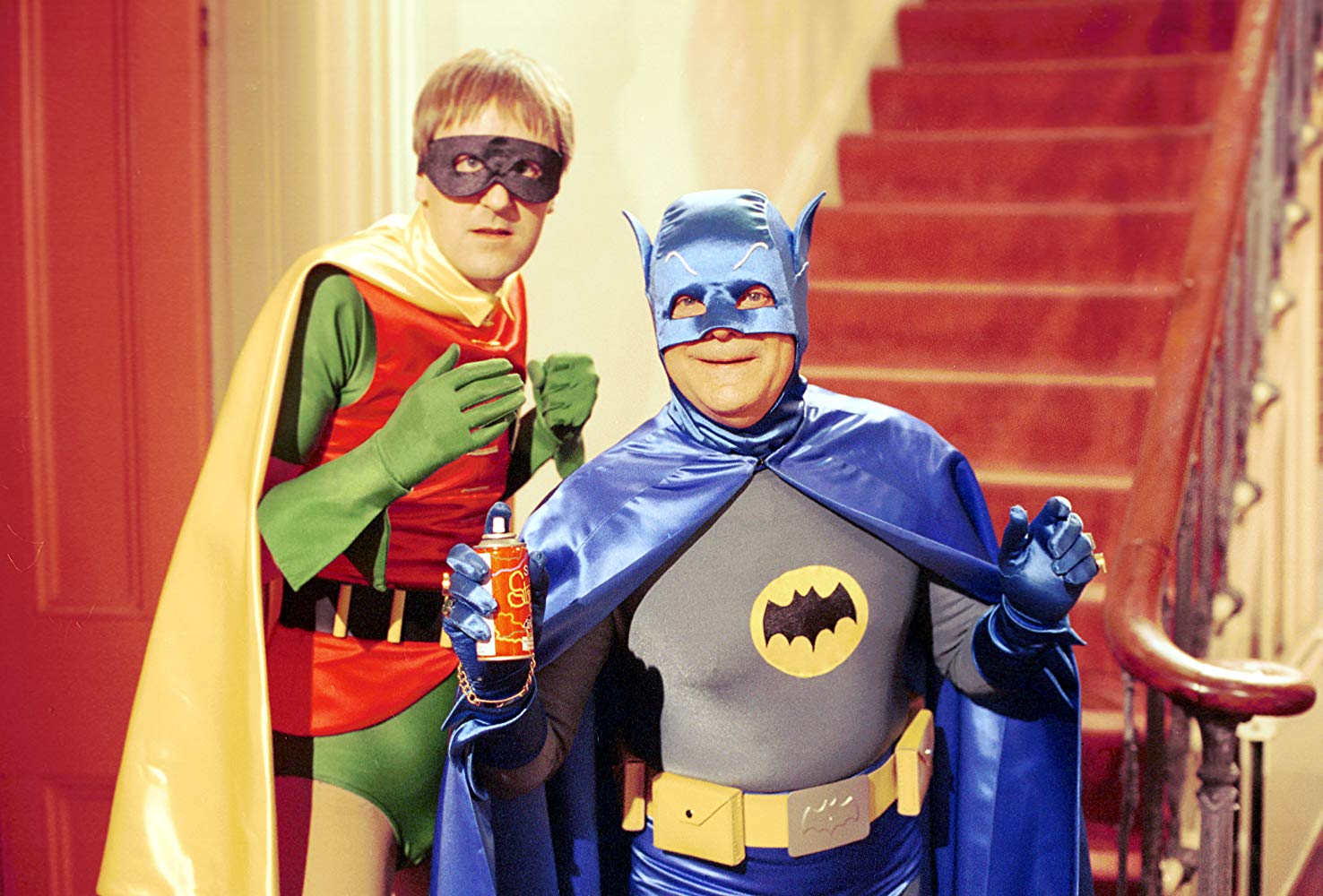 IMDb / Only Fools and Horses / BBC

Depending on your age, your siblings, or whether you're just young at heart, Christmas Day starts very early in the morning. Post stocking opening, post breakfast mince pies and post Christmas dinner, most of us sit down in front of the telly. It's such a relief being at home, where I can enjoy Sky with its many channels - not just my term-time flat's patchy Freeview - but it's still usually BBC One that wins out.

The first thing I notice is there's no Doctor Who - pre-teen me is weeping; we'll have to wait until New Year's Day for that - nor is there any original comedy, 'original' being the operative word. There's a good deal of Dad's Army (1968-77), as there always seems to be, not to mention the Queen's Speech.

One particular show which has gripped me since it began, and has helped assuage my post-Downton Abbey blues, is Call the Midwife (2012-). At the other end of the scale, Luther (2010-) returns on New Year’s Day with Idris Elba back for a long-awaited new episode of the thrilling series.

That behemoth of Saturday-night television, Strictly Come Dancing (2004-), is back once more for a Christmas special, and it's sure to bring in tens of millions of viewers, as usual. After that, we'll be treated with Casualty (1986-) - because there's nothing like A&E and fake blood at Christmas, is there? - and EastEnders (1985-), but I shan't be holding out for a happy ending.

I abandoned EastEnders a long time ago in favour of Coronation Street(1960-), but going on the adverts and the fact that it's a soap at Christmas, I can guarantee that it'll be a thriller. In the annual tradition, there's an adaptation of one of Agatha Christie's mysteries featuring big names like John Malkovich and Rupert Grint; this time, it's The ABC Murders (2018-). 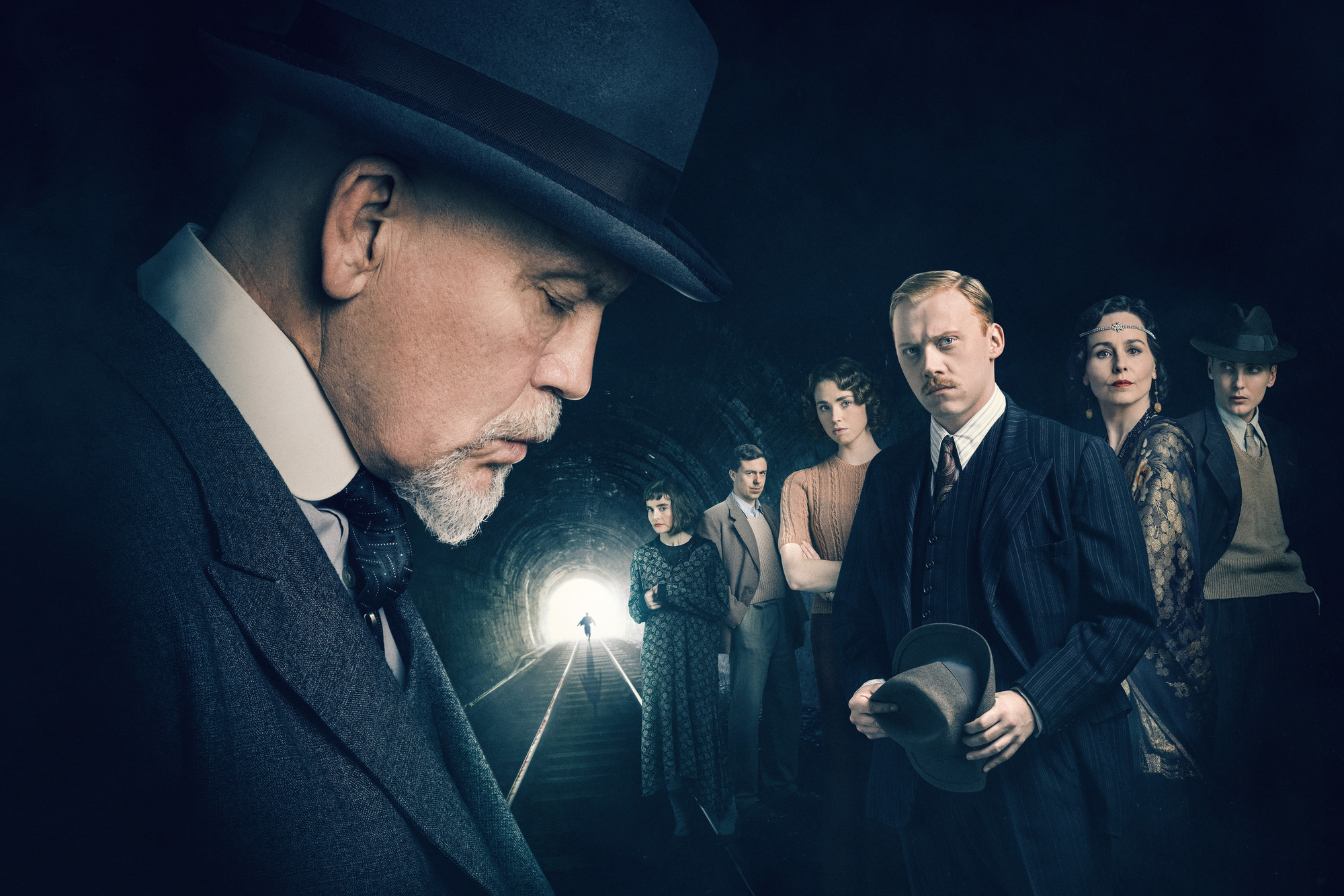 Though I'm meant to be talking about Christmas Day, I think it's important to look at the TV that's on offer on the lead up to Christmas. The Watership Down animation (now on iPlayer and Netflix) looks good, and is sure to reawaken fond memories of watching the original version on video. Another on iPlayer that's worth the watch is Inside the Christmas Factory (2015-) because who doesn't want to see Greg Wallace in a hair-net - one has to wonder why - talking to factory-workers about the origins of Quality Streets?

But the one show that's really got me gripped over this festive period is the three-part drama The Long Song (2018-). It's not exactly festive, but it raises some important questions about the position of former slaves in the wake of the abolition of slavery; it's wonderfully written and the cast is perfectly-chosen.

Of course, it's not just the TV viewing that makes Christmas so special. It's also the presents and the food, the music and the awkward family reunions. But, in Britain, I think, more than anywhere else, yuletide telly is especially important. It's on the 25th of December that we've seen some of the best that BBC One has to offer: The Morecambe and Wise Show (1968-77), Den showing Angie the divorce papers, and that episode of Doctor Who where David Tennant bowed out. I'm not crying, you are. 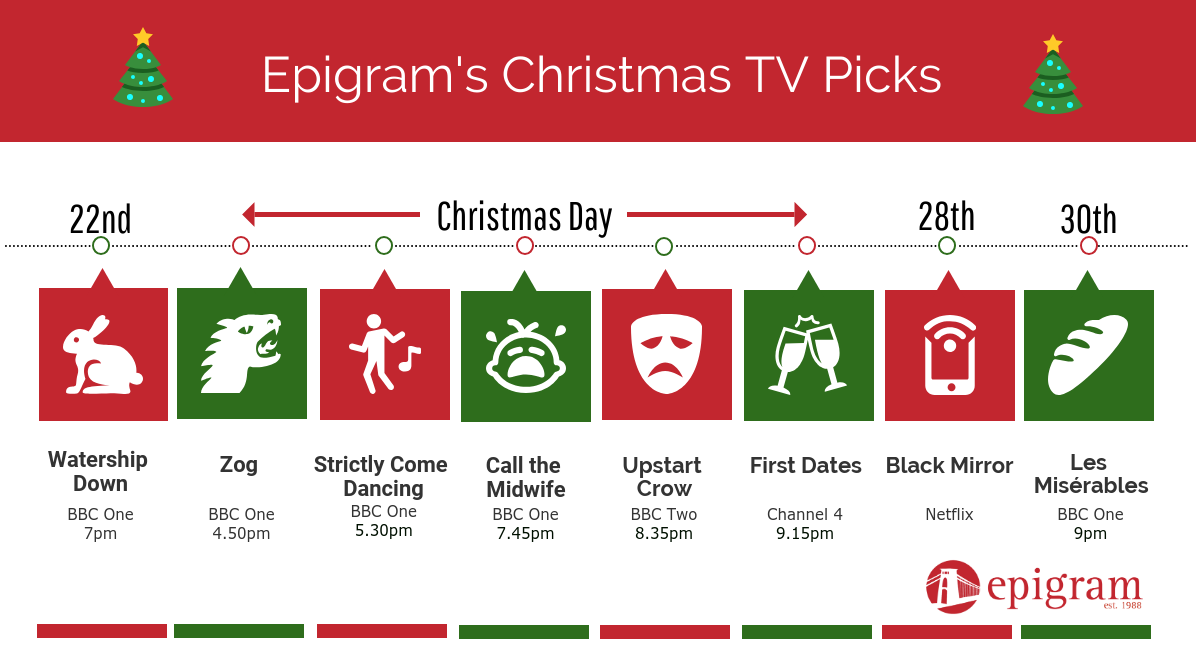 While this year's schedule, on BBC One, at least, isn't a great deal to write home about, it would certainly fill a postcard. So, put your feet up, with a glass of mulled wine or egg-nog, your dog on your lap and your family all around you. Yes, I would suggest that you to catch that episode of Only Fools - it's on Netflix, so there's no excuse, and well, 'You know it makes sense!' - but I'd also urge you to enjoy what Christmas telly the nation's primary TV channel has to offer this year.

Is there any other TV channel for Christmas Day than BBC1?

The highs and lows of spending Christmas abroad