Prescription painkillers: my experience with Cocodamol and the dangers of opioids

Megan Good evaluates the use, reliance and dangers of opioids.

Ant and Dec have for several years been a prominent feature of our television viewing. And let’s be honest, would shows such as Britain’s Got Talent and I’m A Celebrity actually be bearable without them? Recently though, Anthony McPartlin has been missing, reducing the usually infallible duo into a solo act for the time being. The reason for this is a drink driving charge and a stint in rehab that all stems from a painkiller addiction following a routine knee surgery.

Personally, I’ve heard a lot of people criticizing Ant, claiming that he should know better and that the only reason his case has been brought to the forefront of everyone’s thoughts is because he’s a celebrity. Undoubtedly his story has brought all of these issues under the scrutiny of the tabloids, but I think it’s an excellent opportunity to start the dialogue about how dangerous prescription painkillers can be. 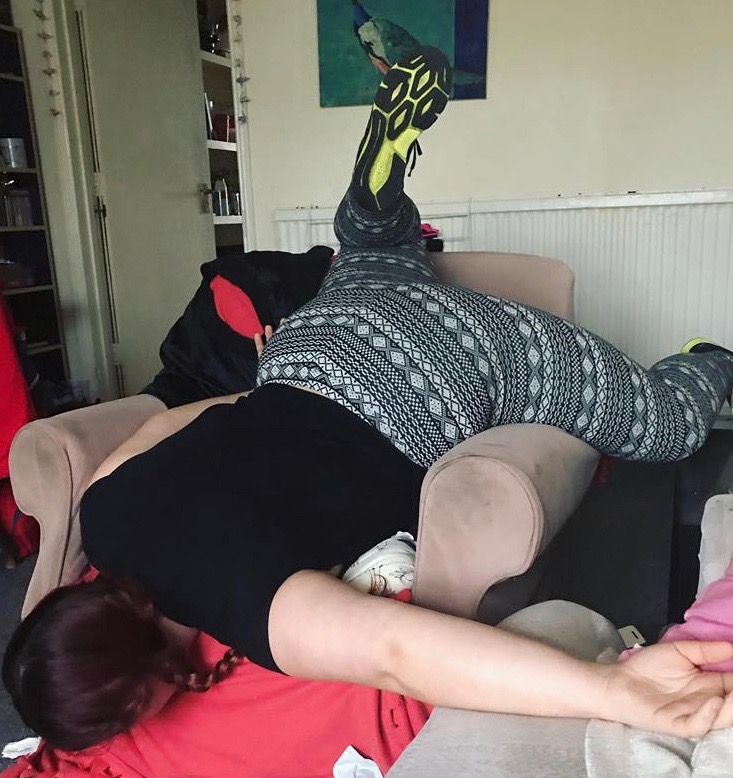 For those of you who don’t know the humble writer of this article, my name is Megan Good. I am a third year English student at the University of Bristol, I love singing and I am on committees for the musical theatre and pantomime societies, I work teaching students and love it and I’m also technically a drug addict. I currently have three slipped discs in my spine. In layman’s terms this means that the discs – the spongey bits in between your vertebrae – are out of place, pressing against a bunch of fun things like the sciatic nerve and my spinal cord, which as you can probably imagine is excruciatingly painful. This is an issue I have had since August 2017.

Thankfully today I can say that I am in a really good place. At my worst I couldn’t feel or use most of the left leg, was in so much pain I physically couldn’t sit down and in general struggled to move at all. Today I am active and living life to the fullest and just thankful I have managed to maintain control of my bowel movements thus far - this is a side effect of slipped discs, not just paranoia about incontinence. However, I am still dealing with the side effects of being put on unnecessary painkillers.

Ant is addicted to a substance called Tramadol, while I have just finally gotten off of Cocodamol. Both of these are opioid painkillers, in the same family as heroin, and are used to treat moderate to severe pain. The only real difference is that Tramadol is synthetic while Cocodamol is derived from poppies, much like morphine and opium. They’re good for helping with pain as they literally attach to pain receptors and block the signals getting through, but that also govern reward pathways, making the substance addictive in a physical and psychological sense.

Over a long period of time, they change the chemical balances in the body, making coming off of them incredibly difficult. Now, in the interest of getting the word out and sort of defending Ant’s struggle and trips to rehab, I am going to share with you a far too intimate review of my experiences with withdrawal and life on the drugs to hopefully enlighten how dangerous these drugs can be.

As a little foreword I will state that I have been incredibly lucky. Thanks to my wonderful cousin, I have been incredibly well prepared for withdrawal and Cocodamol life and it is this education and understanding that she has given me that has helped me to keep going. If not for this I would most likely still be on them - having received very little help from doctors - and damaging my kidneys more than they already have been by exposure to the drugs.

Firstly I am going to talk about my initial reactions to Cocodamol. Cocodamol affects different people in different ways depending on how quickly your liver metabolises it into sweet, sweet codeine. I apparently have the most effective liver in the world - yay student drinking culture - because man was I high. The first four weeks I was on the tablets were amazing. I was very dreamy and happy in general. Everything was hysterical.

Here is a comprehensive list of the embarrassing things I did:

That's enough humilition for now. I was on Cocodamol for over 11 months, and let me tell you the fun of it wore off very, very quickly. I never really had many bad side effects. Save constipation. You may laugh but my bowels were honestly more backed up than the M4 after a lane closure in the middle of rush hour. I also was tired all of the time. I would easily sleep 11 hours a night and still wake up absolutely exhausted. Now the reason I gripe about Cocodamol is that I was put on the drug so unnecessarily.

I was presenting with a burning pain behind my knee initially. Upon inspection my knee was fine and I have a beautiful MRI scan of what is anatomically a textbook perfect knee. The next step for a doctor should have been to think of another source of pain coming from higher up the body ie. the spine. But on a first examination this is easy to miss and a forgivable mistake, and the GP couldn't leave me in pain so prescribed Cocodamol.

'I also had to smuggle about £500 worth of opioids through security checks to get in to see Hamilton which was a very interesting conversation to have.'

Again, fine, as it was a stop-gap measure and only meant to be taken short term. My issue is that I was inspected by about five different doctors, plus one orthopedic knee consultant and despite the fact that there was nothing obviously wrong with my knee, no one thought to check the back. Despite the fact that the pain soon spread all up and down my leg, no one checked the back.

It was not until receiving my MRI in December that they realised the error of their ways. The standard test for a slipped disc involves the patient lying down and the physician trying to lift one of their legs straight up in the air. It takes about thirty seconds and if the patient starts screaming bloody murder it’s a pretty good indicator that they have a spinal issue. Had at any point a doctor had bothered to carry out this incredibly simple and quick experiment, they would have realised that the issue was with my spine and that Cocodamol was not an effect method of pain management.

Cocodamol is the equivalent of trying to put out a fire with one bucket full of water at a time. It acts as a blanket painkiller that isn’t particularly effective. Considering how addictive it is makes the frequent prescription of the drug very problematic in my opinion, as it can literally ruin lives – just look at Ant. If someone had bothered to test for a slipped disc earlier, I would have been put on a drug similar to Amitriptyline, which is a neurological painkiller.

'With the considerable amount of pressure the NHS is constantly under, diagnosis can take absolutely ages, leaving patients suffering and in risk of addiction in the interim'

Compared to the bucket of water that is Cocodamol, this is equivalent to using ten fire hoses at once. I was fully maxing out on Cocodomol at my worst, and it still felt as if someone was actively burning me with a cigarette lighter. To give you some sense of the pain I was in, I spilled a hot drink on my lap while at work one day and felt nothing. When I got home and tried to get changed I had to separate my jeans from my skin, as I had a second-degree burn on my leg. This blistered and got infected and I can honestly say 100% that I did not feel a thing. Sciatica is so bad that I literally didn’t notice getting a second-degree burn.

As soon as I was put on just 10mg of Amitriptyline, I was out of pain. Had someone bothered to check my back before I’d been showcasing neurological symptoms for four months, I could have been on Amitriptyline far earlier. This would have saved me a lot of pain and suffering and allowed me to get off of Cocodamol sooner and take a lesser dosage, thus not allowing my body to develop a dependence and addiction to it, and then subsequently put me through shitty withdrawal symptoms.

My issue isn’t with Cocodamol as a drug per se, it’s how easily and freely it’s given out by doctors and pharmacies. Of course doctors can’t reasonably leave their patients in large amounts of pain, but the quick use of opiods is an issue. Cocodamol and other drugs are used as a stop-gap while a real diagnosis is made. The issue is that with the considerable amount of pressure the NHS is constantly under, diagnosis can take absolutely ages, leaving patients suffering and in risk of addiction in the interim. 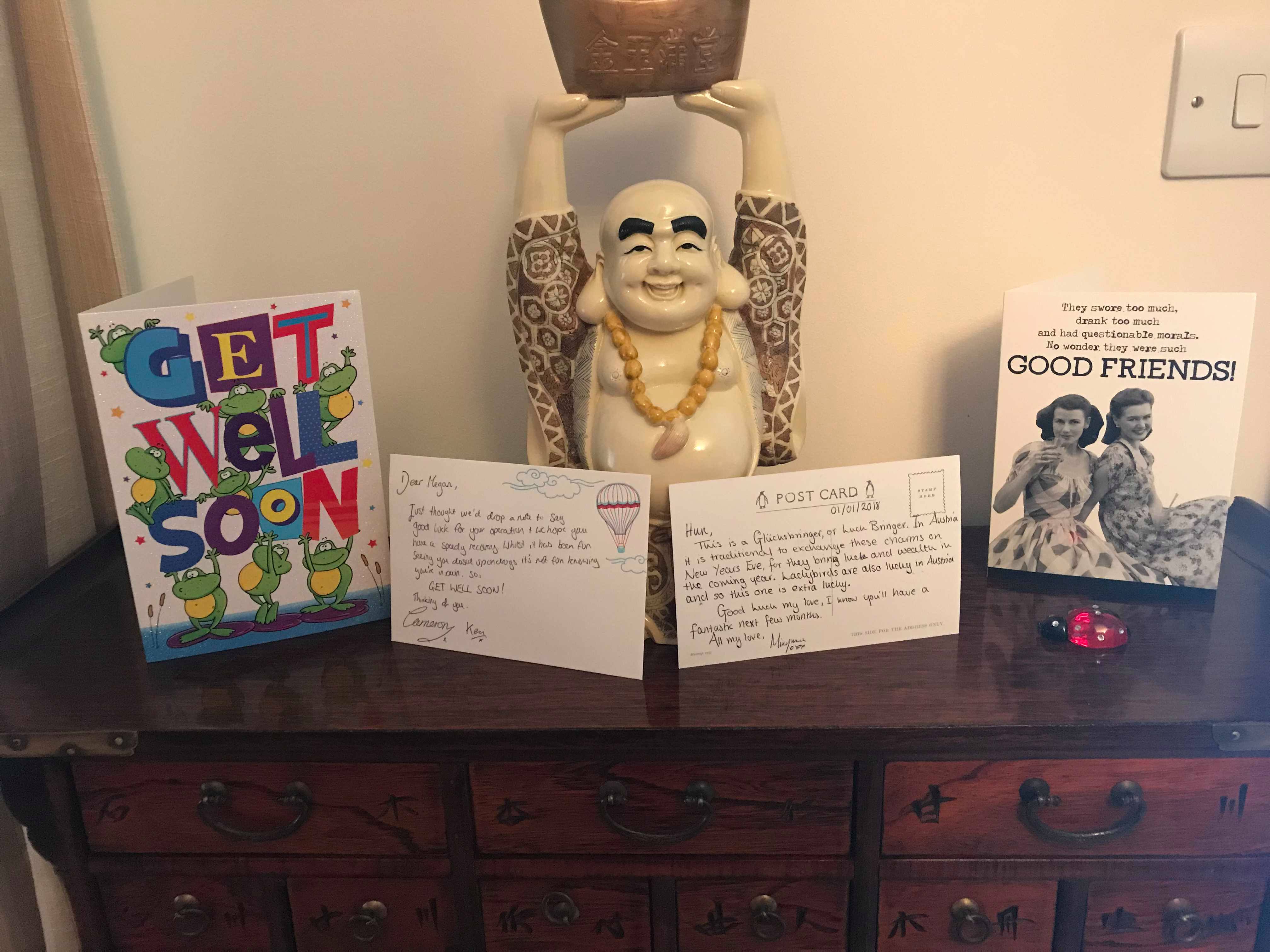 More research needs to be done into other painkillers. Here are some intimate details of my withdrawal so far:

Putting all of this down into words doesn’t do the experience justice at all... I lost an entire year of my life to this medication.

My academic career also took a massive hit, guaranteeing I will not be graduating with a first. The university recommended I suspend studies for a year and in hindsight that would have been much easier. But despite being English, an English citizen and owning a British passport, I am charged international fees as I grew up abroad. This means I pay £16,000 a year for seven contact hours and I could not afford financially to take a year out, hence why I had to suck it up and crack on with things.

The only positive of this experience is that I have realised that I am actually a lot tougher than I ever thought I had the capability to be, but if I had the power to spare others from going through all of this, I would in a heartbeat. So if you ever get the chance to reach out to someone dealing with addiction, be understanding and care for them. Please do, as they are most likely going through their own personal hell.

If you ever get the chance to try an addictive drug or substance, or are prescribed long term opioids, please PLEASE think twice, as believe me, it isn’t worth it.

Have you had any negative experiences with opioids? Comment below or get in touch!

Racism in football: a disgraceful and depressing few weeks