Marilyn Monroe is one of the most iconic faces to grace the silver screen. Starring in just shy of 30 movies in a 14 year film career, she was a prolific leading lady with an image that would reach iconographic levels, and a status that has only grown exponentially since her untimely death 56 years ago, at the age 36.

Born Norma Jean Mortenson, Marilyn’s relatively short time in the limelight was strewn with scandals, sexualisation, and sensationalism, from the press to the President, and everyone in between. 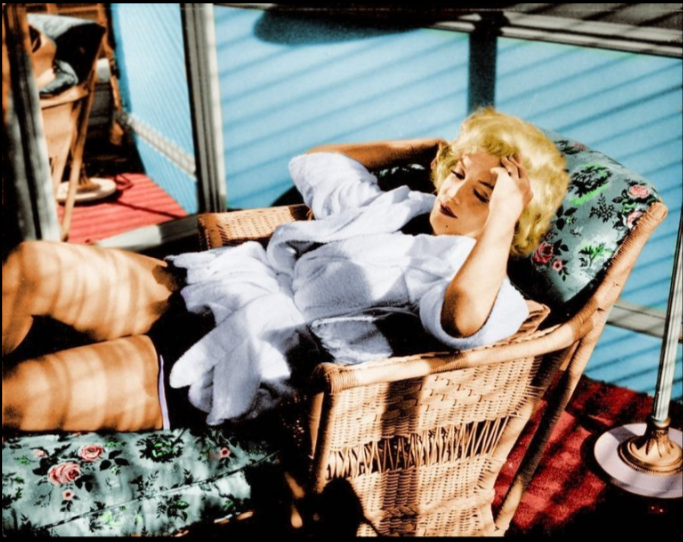 Lifetime’s The Secret Life of Marilyn Monroe (2015) gave many of us a never before seen insight into the blonde bombshell’s psyche. From a child spending stints in foster care while her schizophrenic mother was institutionalised, to a pin-up girl gawked at by millions, to a star whose films had grossed the contemporary equivalent of $2 billion in just over a decade.

This explosive trajectory could not have come without a cost. Her bubbly screen persona was noted by many as simply that, a persona. From a lifelong battle with depression to the alleged miscarriage of Tony Curtis’ child during the filming of Some Like it Hot (1959) alluded to in his memoirs, the woman suffered in the public and private eye alike. 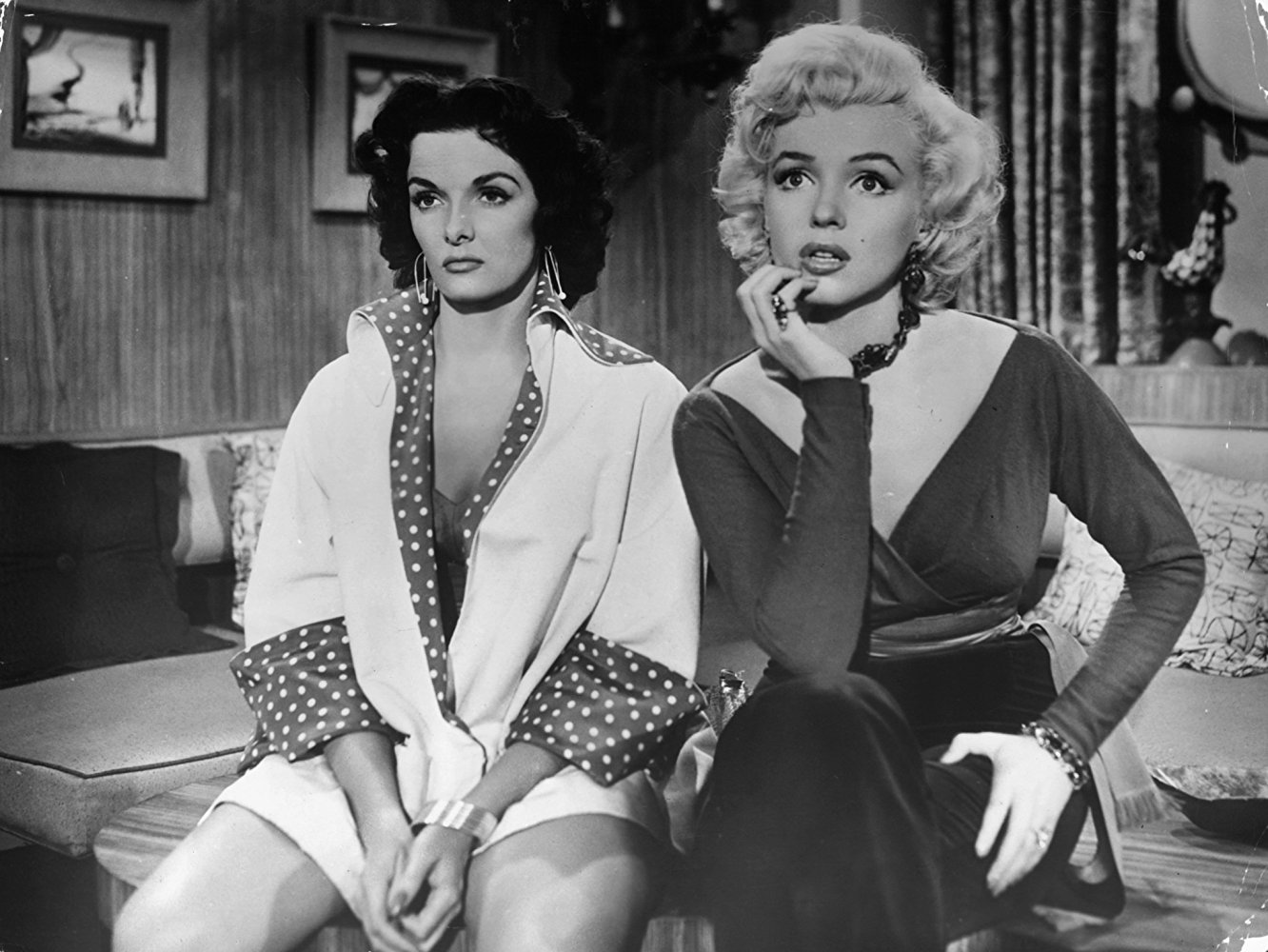 A life spent caring in the shadows for a mother with a burning indifference to her left Monroe, understandably, burnt out. It is widely theorised that a fear of mental illness being hereditary plagued Monroe, with her mother’s eventual suicide being the final kick in the teeth.

Clarke Gable’s death a short while after they wrapped on The Misfits (1961) allegedly sent Marilyn into a deep depression, especially after his widow’s speculation that the stress of working with her had somehow influenced the heart attack which killed him.

Her three divorces all took their toll on her, both mentally and socially, and of course were ravaged by the press. Legend has it that after her separation from Earl Wilson a reporter was so keen for her side of the story that he jostled his microphone into her mouth, chipping her tooth. 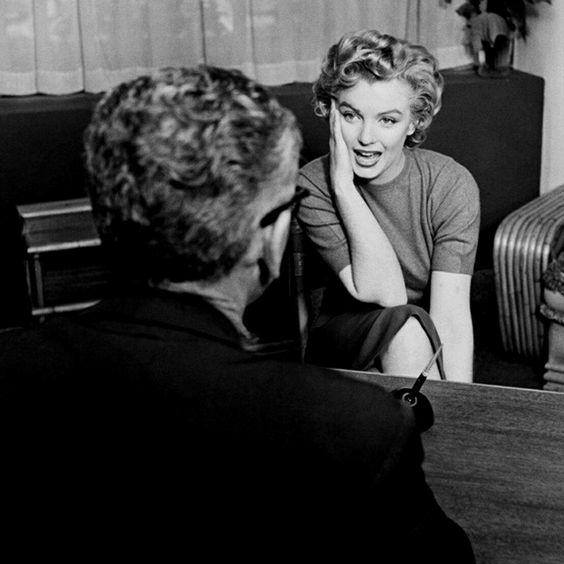 It is no surprise that her life, so violently thrust into the limelight, had a damaging effect on her mental state. Constantly objectified, type-cast, and mistreated, it would send anyone into a headspin. Monroe even momentarily spent time institutionalised at the Payne-Whitney Clinic in New York, in which she wrote a letter documenting her time. She discussed even being infantilised and patronised by her doctor, who called her “a very, very sick girl [who] had been a very, very sick girl for many years”.

Science journalist Claudia Kalb has speculated in her best-selling book 'Andy Warhol Was a Hoarder: Inside the Minds of History's Great Personalities' that Monroe suffered from borderline personality disorder, a condition still now deeply stigmatised and shockingly underrepresented. The thought of people, half a century after her death, debating over her mental state probably makes Norma Jean turn in her grave. I’m sorry, Marilyn. 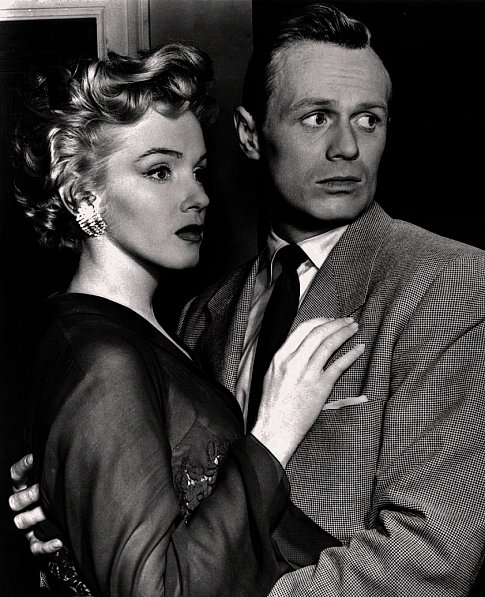 Monroe played a constant stream of charming dumb-blondes, consistently glibly manipulated à la Some Like It Hot, girl-next-door love interests like in The Seven Year Itch (1955), and deeply talented but ultimately sexualised babes, like Gentlemen Prefer Blondes (1953). Her role in Don’t Bother to Knock (1952) represented a turning point in her personal view, establishing her as a more serious actor with an unrealised potential.

We have retroactively accepted the gross mistreatment of many of the Golden Ages’ female stars - such as Judy Garland’s noted mistreatment on the set of The Wizard of Oz (1939) - and contemporary Hollywood’s failings. See the #MeToo movement for a damning indictment of what happens when men gain power. To me, Monroe is a shining example of why retroactive is not active enough.

Monroe is a precursor to the Britney Spears, Lindsay Lohan, and Amy Winehouses of contemporary society: the world saw her decline and, ultimately, let it happen. The press continued to feed the beast that bit her and those close to her, through negligence or ignorance, allowed her to spiral further into dependency and depression.

Marilyn Monroe is one of the most interesting figures i've seen. Never seen such complexity buried in a person. The world used her as a resource when she just wanted to be treated as any other woman. pic.twitter.com/GqnlmPEoXC

After her untimely death, blamed in its day on a sleeping pill overdose, Monroe was characterised by the LA Times as “a troubled beauty who failed to find happiness as Hollywood’s brightest star”.

Monroe will always be a hero of mine, not for her undoubtedly impressive filmography or high-profile affairs of the heart, but for the strength of character it must have taken to be Marilyn in a world that expected everything and nothing of her.

Do the stories of Marilyn Monroe's private suffering make you angry? Did Hollywood fail Marilyn?

Another blow for Bristol's nightlife