Student stroke victim tells others 'don't give up'

The story of Craig Bailey, a Bristol student who suffered a stroke/brain haemorrhage and now aims to recover and complete his degree

In May 2015 Craig Bailey, a 29 year old mature veterinary student in his final year, suffered a brain haemorrhage/stroke which left him hospitalised for two months. As a result he was left paralysed on his right side and with a constant feeling of dizziness and nausea. Whilst in hospital Craig needed a feeding tube and for his brain to be drained to keep him alive.

Craig returned home where he was cared for by his retired parents on low income. He weighed just five stone and required Stereo-tactic Radiosurgery to repair and prevent any further chance of his haemorrhage returning.
After two years of rehabilitation, where he worked to regain control of his body, Craig has since returned to the University to realise his dream of becoming a vet.

Unfortunately an additional obstacle in his ordeal came in the form of Giardia, a parasitic infection in the gut which has led to complex pain syndrome and gastrointestinal problems. Despite being on NHS treatment and taking a range of medications Craig stills suffers from the symptoms and often the medication has little effect. Not only was he in physical pain but was also suffering from depression and anxiety. 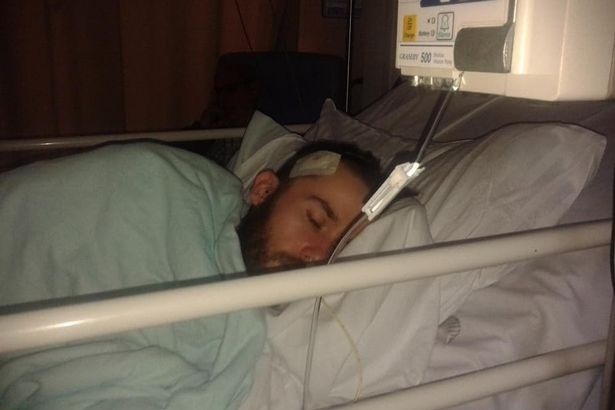 Desperate to end his torment and complete his studies Craig discovered a private form of treatment not yet available on the NHS which will hopefully improve his condition. However, the treatment cost close to £4000 and he would need to stay in a hotel close by for monitoring meaning additional costs.

Because of his situation Craig set up a GoFundMe page to try and raise the funds which he described as ‘a last resort’. People who heard his story quickly offered their support and after just less than a week he met his funding goal. After 22 days 175 people had donated £4,300 to Craig’s cause and this continues to rise. To date nearly 400 people have shared Craig’s funding page on Facebook.

Craig still has a long way to go but thanks to the generosity of the people who heard his story it has become that much closer. Over the Christmas period he will be undergoing the medical preparation required and on 7 January Craig will be having his operation with the whole treatment process lasting 10 days. Afterwards he will work to complete his degree. He has had to retake the clinical years of his course which has brought additional financial burden.

In the words of Craig himself on his funding page: ‘I hope I can inspire others to go and achieve want you want, everyone has their own struggles and at differing severities, but that doesn’t have to stop you from creating the future YOU want! Don’t let anyone tell you no, and don’t give up!’

Craig's funding page is still active and can be found at: http://www.gofundme.com/last-resort-medical-treatment