Maniac reminds us there is no quick fix for mental health

In the past couple of years, Netflix has been at the forefront of entertainment, with many of their series discussing mental health. Maniac is their latest series, released 21 September, and is another positive step forward in the normalisation of the discussion of mental health problems.

Directed by Cary Joji Fukunaga, this ten episode series is set on an alternate timeline of the present day. In this alternate society, working class people pay for a considerable amount of services, from meals to subway tickets, by listening to ads read to them by an ‘Ad-Buddy’ or taking part in pharmaceutical and cosmetics trials. Superbad stars Emma Stone and Jonah Hill are reunited here as Annie (Stone) and Owen (Hill), as they both take part in a medical trial that promises to eliminate the need for conventional therapy.

The main characters have different reasons for taking part in the trial, with Annie needing the money due to not having any caring relatives to support her in her drug addiction and poverty, and Owen needing a break from life whilst struggling against having to lie in court for his wealthy family. Their family situations both lead to different problems; Annie struggles to form meaningful relationships or put down roots, and Owen suffers with paranoid hallucinations and issues identifying reality due to the lying and isolation he’s experienced in his family.

Stone and Hill are more versatile and convincing than audiences have ever witnessed from the pair in their usual comedic roles, with Hill losing a significant amount of weight for the series, and the characters are well-developed and engaging throughout the one - and only - season of Maniac. The plot becomes confusing at times, but any haziness is resolved by the final episode. This is a series that is definitely worth watching twice. 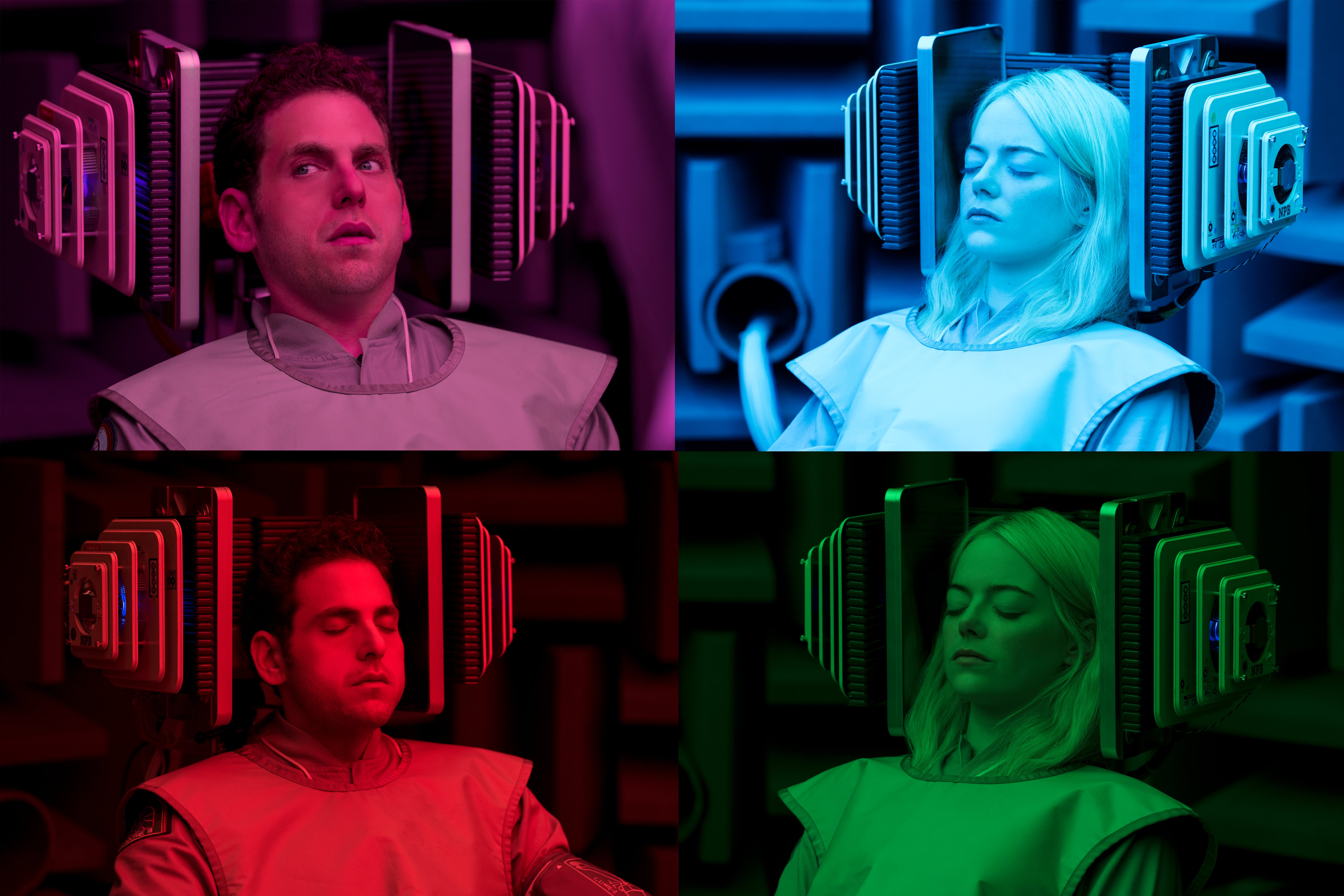 The series briefly touches on the topic of the ethics involved in AI development, but the main theme of the series is that of recovery from mental health problems and the problems that occur as a result of the increasing capitalisation and privatisation of mental-health services.

‘Maniac’ is big-hearted, funny, inventive, beautifully shot, ambitious as all get out, well acted and graceful in the way it handles mental health issues. I don’t know if it’s the best show of this year but it might bring more to the table than any other.

Fukunaga does an amazing job of highlighting the social isolation found in today’s society, from mental health problems or otherwise, and subtly uncovers the stigmas involved with mental health problems, especially psychotic ones. The director focuses on the idea that a pill and a diagnosis can help massively in facilitating recovery, but at the end of the day, the problems need to be figured out by the patient to aid recovery further.

Here, Fukunaga evaluates the importance of therapy and self-discovery, whilst showing the emotional toll it has on a person. Annie and Owen, like many others, may not want to face the reality of the diagnosis and leave it to worsen, but Maniac reminds us how this can actually make things worse and cause relapses. 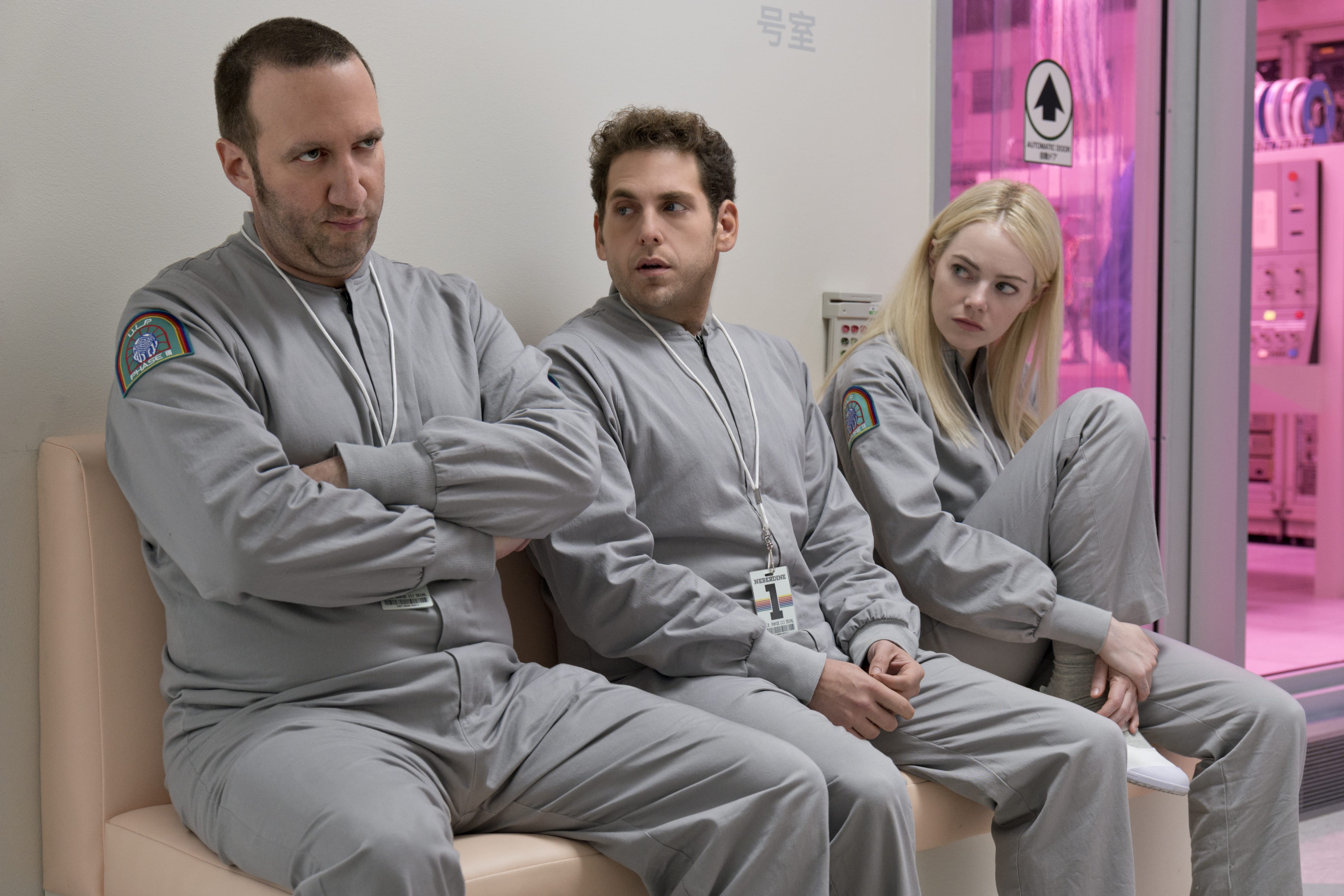 Throughout the season, there’s also the problem of toxic and abusive familial relationships and the negative effects this has on mental health. A disconnect from reality allows Owen and Annie to see what matters to them, and what they’re lacking in relationships they currently have. As a contrast from the audience’s lives, the series was weirdly devoid of mobile phones and technology as a whole, but similarly lacking in meaningful interactions, possibly another critique of the modern world from Fukunaga.

Perhaps the most hard-hitting, but grounding, moral interpreted from Maniac is the idea that mental health is not something that can be ‘done right’ or ‘fixed’. The journey to recovery, oftentimes never actually an attainable goal in itself, is something that is a continuing journey, helped by figuring out what matters to oneself and making sure to not be isolated from humankind completely - however appealing this may seem at the time.

Maniac is available to watch on Netflix.

Are Netflix shows helping the global conversation about mental health?