Veganism: the hardships and rewards

Today marks World Vegan Day in celebration of the formation of the Vegan Society back in 1944. Though we are still a minority, veganism as a lifestyle and movement has grown at an incredible rate in the last few years, with now over 650 million people in the UK being vegan. This adds up to a whole 7% of the population deciding to go meat free and cheeseless.

For those of you who may not know much about this lifestyle, it consists of erasing the use and consumption of any animal products from your diet and lifestyle, so this includes; eggs, dairy products, fish, meat, poultry and any animal derivatives. For a lot of vegans this also means avoiding leather and animal skin products, plus items tested on animals. For many, this may seem like an extreme decision to make, with the most common responses I get being. “I could NEVER go vegan, I love cheese too much”...“But Bacon?!??!?”... “Oh you must eat lettuce and leaves all day” and one of my personal favourites, “Stop talking about being vegan” (even though it’s usually not me the one who brings it up).

I won’t deny that I used to be one of those people, but it’s coming up to four years since I made the switch and i’d honestly never look back. It’s not exclusive to us in the general population, even big names such as Paul McCartney, Ellen DeGeneres, Ariana Grande and Miley Cyrus just to name a few. But what is it that drives us “weirdos” to make this supposedly drastic change to our lives? The answer really varies, but for most people it tends to fall into the category of environmental, health or animal welfare. Just to throw a couple of statistics out there; the meat industry is the number one cause of climate change across the world, if we continue fishing at the rate we do scientists fear that the aquatic ecosystem will begin to deteriorate in our lifetimes, we kill 2.7 trillion more fishes every year than humans that have ever existed and every year in the UK alone over 950 million birds are killed for our consumption every year, most of which only live a fraction of their average lifespans. Many people may agree that these numbers are staggering and worrying, but for many taking the step towards veganism can be daunting and scary. I remember the first time I tried to go vegan I completely failed and caved in to a domino’s margherita one week into my ‘veganism’. I’d always thought veganism was extreme, i’d already been vegetarian for a few years but in my head if I went vegan i’d have to lose out on all my favourite foods and life would generally be an all round pain. In reality it really isn’t the case and for those of you considering going vegan I’ve compiled a small list of tips that may help you if you’re thinking of making the switch, because it can understandably seem difficult and scary at first.

Educate yourself! For me this was the biggest turning point. The first time I switched to veganism I didn’t really know why I was doing it apart from the fact I thought killing and hurting animals was bad. But that wasn’t enough to keep me going. Watch documentaries and educate yourself on the dairy and meat industry. Doing this will be a motivator for the switches you make. The two most influential documentaries/videos I watched were Cowspiracy and Gary Yourofsky’s ‘Best Speech You Will Ever Hear’. These were life-changing for me.

Start slowly! At least in my experience going cold turkey isn’t necessarily the way to go and you’ll start missing things quicker. I started by quitting eggs, then replacing my milk and slowly easing into the full vegan diet. These days there are SO many replacements for things like yoghurt, butter, milk and even meat substitutes, it would be unlucky to not find a single one you liked.

Explore different brands and look up recipes and ingredients. A lot of people assume being vegan is expensive and timely and they can’t afford either. Of course it can be, just like being omnivore can be if you buy the most expensive meats and cheeses.However, these days all the biggest high street supermarkets, restaurants and cafes have started catering for vegans and it’s easier than ever to go on a meal out with meat-eating mates. Also, a lot of staple vegan food is cheap such as beans, veggies, tofu, carbs and even a lot of meat substitutes such as Linda McCartney. Despite the stereotype, I actually found that i’m now eating a much larger variety of food compared to when my diet was omnivorous.

Join the University’s VegSoc. Joining the vegan/vegetarian society at the uni is a great way of meeting other like-minded people, learning more about making the switch and also discovering new vegetarian and vegan orientated restaurants and cafes! Especially if you’re just starting out or simply curious, it can be very comforting to have people who understand around to support you.

Don’t give into peer pressure! It happens. I get teased all the time and i’m always the butt of everyone’s jokes about eating lettuce or grass for dinner (when in reality it was most likely a pizza or a couple of burgers). It’s going to happen, you’re going to get judged but just go along with it and after a while it’s something you do get used to!

Most importantly, go vegan because you want to for yourself. I don’t believe in the approach that some may take by attacking meat-eaters, in my experience it simply doesn’t work. I’d much rather inform people gently and thereafter let every individual build their own opinion and make their own choices. It’s the best way to make a lasting impact.

But for me, being vegan fits with my morals and there is no way i’d ever go back.

Have your say about this article! Email us or comment below! 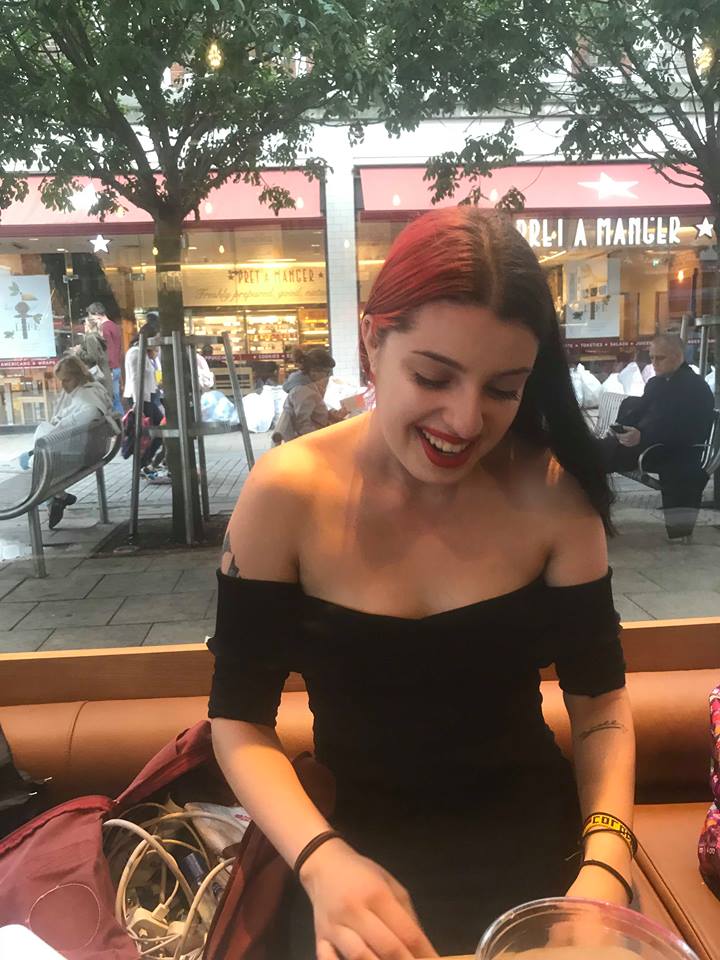 Bristol environmentalists should stop treating nuclear power as a solution